The first phase of the Armored Warfare Early Access concludes today, and we wanted to take this opportunity to go over how it went, and, most importantly, thank you very, very much for participating!

I had an opportunity to speak with many of you during the test in the game, on the forums, and on Twitch. We played many matches together and I was able to see the excitement and anticipation you have for this game! The feedback you provide is absolutely vital as we continue to develop Armored Warfare.

The test was fairly smooth, besides the downtime on the first day of the North American test. Obsidian was able to resolve a major server issue, but many of you weren’t able to play on Wednesday, and we apologize. Fortunately we were able to extend the hours for the rest of the days and that made up for the time lost! 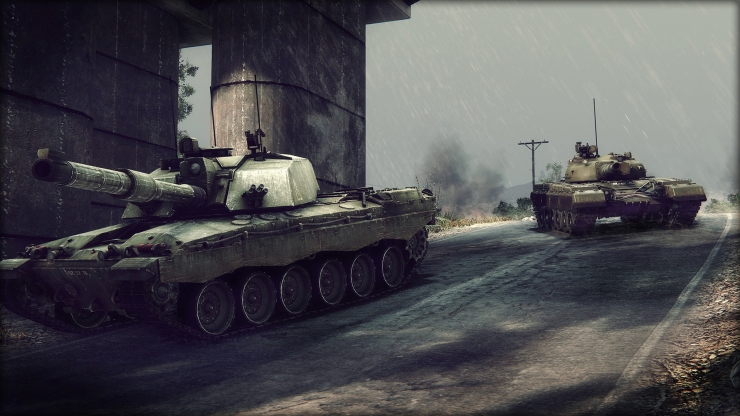 We were extremely pleased with the amount of feedback reports that you’ve provided. Obsidian will be spending a great deal of time working through all of these and making changes based on your feedback in the days and weeks to come.

So what’s next for Armored Warfare?

We will have a little bit of a break, while we prepare for the next test. Early Access Test 2 will include Tier 7 vehicles and one new map. It will also have many optimizations that will help lower end machines including Win32 support.

We will also announce the start of the next test in the coming days. We can say now that the test itself will run longer, around two weeks, and we will extend hours to include 24 hour weekend testing.

Based on your feedback from this test, we’ll likely be making a bunch of balancing changes for vehicles and user Interface adjustments like mouse controls! Some of the feedback will take longer to implement and will be seen in future tests.

So stay tuned! We’ll have much more to share with you now and in the coming days including:

Thanks for all your support during this test and moving forward!

Find out about the new Public Test Server system from a letter to the community by Joshua Morris, Armored Warfare senior producer

Of the Future of Armored Warfare