One of the most interesting vehicles in Armored Warfare is the Tier 4 Swingfire AFV. Unlike other armored vehicles in the game, the Swingfire is not equipped with a gun and it can only destroy enemies by launching anti-tank guided missiles. This makes its playstyle quite unique: while it takes some time to master the ATGM mechanism in Armored Warfare, in skilled hands it becomes a deadly opponent, especially at long distances. 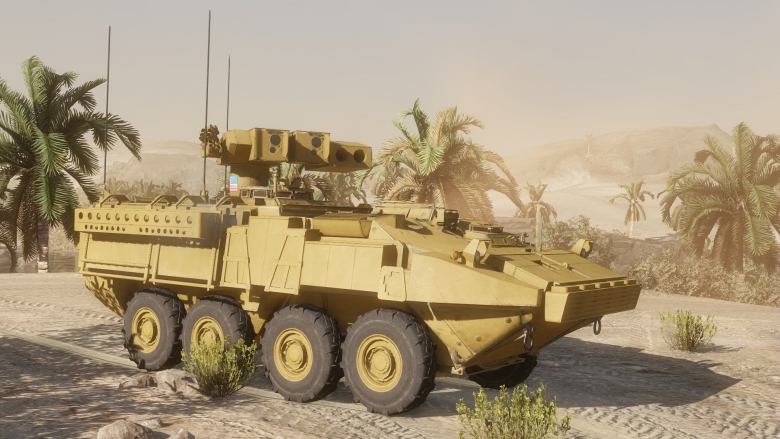 As Swingfire gameplay is so popular amongst players, we have decided to introduce another vehicle that relies solely on anti-tank guided missiles, the M1134 ATGM. The American M1134 belongs to the Stryker family of eight-wheeled vehicles, the best known of which is the M1128 Mobile Gun System armed with a 105mm cannon. Unlike its gun-equipped brethren, the M1134 is armed with a twin-barreled BGM-71 TOW ATGM launcher. 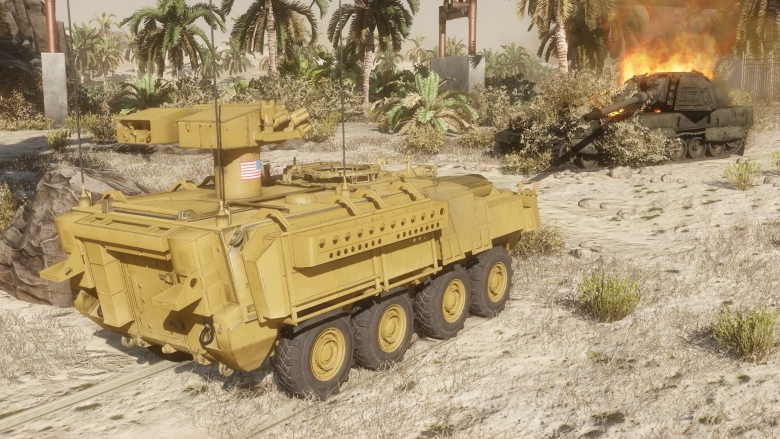 The vehicle is only lightly armored (although the Explosive Reactive Armor kit it is equipped with provides it with increased protection against HEAT rounds and missiles), but it's the mobility that makes it a deadly opponent. Powered by a 350hp Caterpillar turbo diesel engine, the M1134 is able to rapidly change its position and fire two tandem warhead BGM-71E missiles in short succession, making it a deadly tank killer. 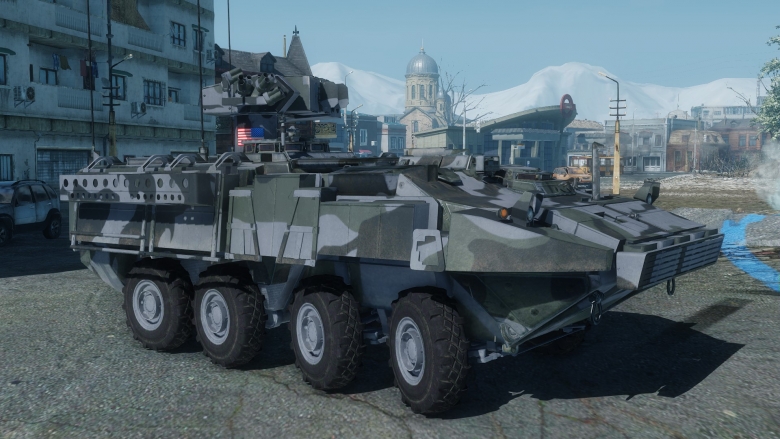 When in trouble, the M1134 can conceal itself using its smoke grenade launcher. This way it can successfully evade enemy fire even when threatened at close to medium range. 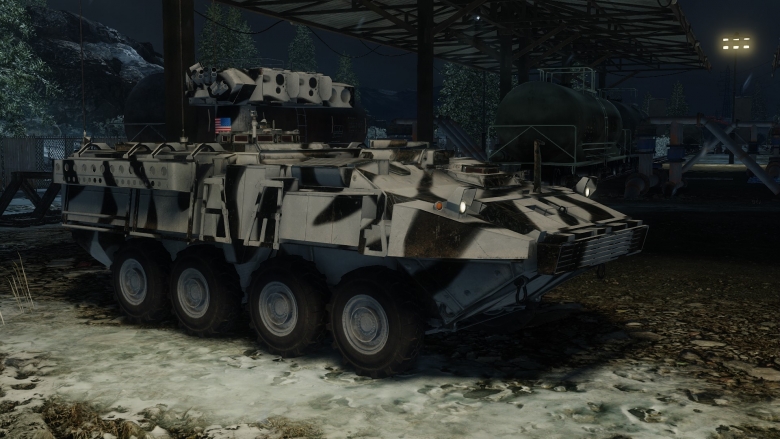 Unlike the Swingfire, the M1134 will be introduced as a Tank Destroyer. Due to its specific playstyle nature, the developers have decided to make this vehicle a Tank Destroyer/AFV hybrid, allowing the players to use the AFV active ability despite the fact the vehicle is of different class. 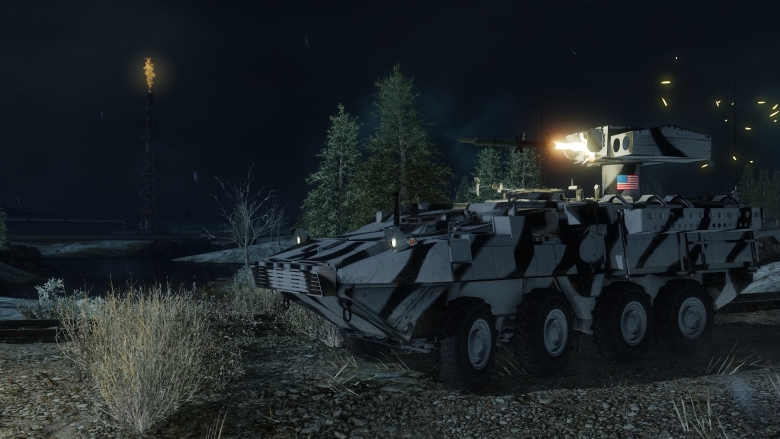 We hope you will enjoy this vehicle and we'll see you on the battlefield.

Obsidian Entertainment and My.com are proud to introduce the first preview of the newest addition to Armored Warfare - Update 0.14

Check out the latest update with everyone's favourite Youtuber, the Mighty Jingles!