When it comes to tanks, the concept of firepower versus armor race is as old as the vehicles themselves, but it’s not as simple as using the biggest gun that the chassis can possibly carry. There are multiple elements of this equation and, over the past one hundred years of armored warfare, the tank designers have been asking the same question over and over:

“Does the tank really need that big of a gun?”

Before answering it, a number of the things have to be considered:

Battle need – does the tank really need a bigger gun? Upgrading a gun compared to existing standards leads to all sorts of secondary problems after all. For one, you don’t only need the new gun; you also need ammunition for it. If the new gun uses existing (older) ammunition, the performance increase will, naturally, be relatively small. New ammunition, however, needs to be both developed and actually produced – is it worth setting up the whole process if your enemy is using armored vehicles even your older gun can defeat with relative ease? 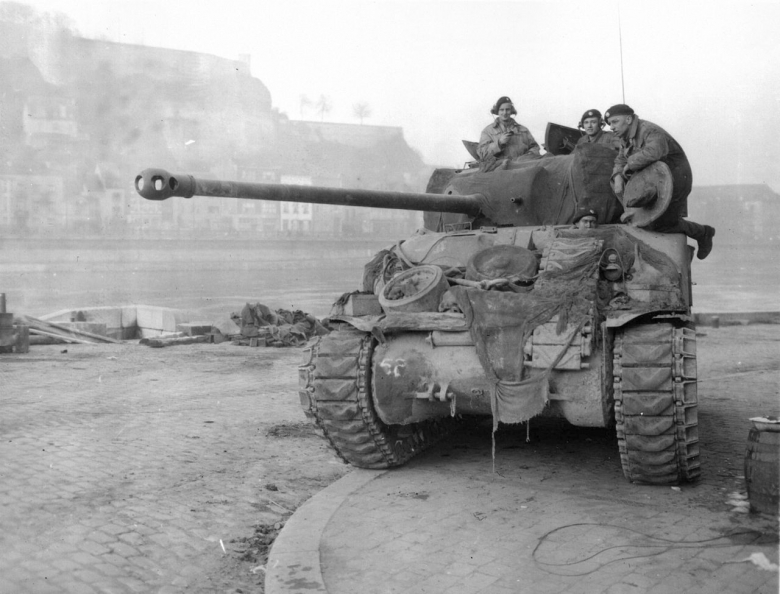 Ergonomics – fitting a bigger gun into the same turret obviously reduces the space left for the crew. This can, naturally, be solved by increasing the turret size as well, but that makes the entire process more complicated by an order of magnitude. While a bigger gun can, in many cases, be put into an older turret, such a thing can drastically reduce the comfort of the crew, making the vehicle harder to operate and the crew easily fatigued. A typical example of this effect would be the Sherman Firefly – its 76,2mm 17pdr gun was an obvious upgrade compared to the old mid-velocity 75mm of the standard Sherman, but the tankers in Normandy rarely encountered German tanks heavy enough to warrant such a performance increase. On the downside, the vehicle was difficult and exhausting to operate because the Firefly turret was not made for such a big gun and became incredibly cramped. Whether the morale boost from having a Tiger killer around (when very few Tigers were actually used on the western front) was worth the hassle is a question historians argue about to this day.

Secondary gun characteristics – this is partially tied to the ergonomics part. Simply put, gun characteristics consist of more elements than just its ballistics. To destroy a target, you have to hit it first. To hit it, the gun first needs to be aimed at it. More powerful guns often carry larger breeches and have longer recoil. This, in many cases, drastically reduces the gun’s elevation and depression of the chassis since the part of the gun that’s behind the trunnions (inside the turret) simply bumps into the turret roof at some point. Gun depression is often a major problem for tanks with low turrets such as the Soviet ones. Rate of fire is important too – inside a cramped turret, a large gun can be very difficult to reload by hand due to its shell size and weight. At the caliber of 122mm, you run into the human body performance threshold – the shells start to become too heavy to load, especially inside a turret, leading to sharp drops in rate of fire and increased loader fatigue. Shells larger than 122mm typically have to be loaded mechanically – by an automatic loading mechanism. This is a problem on its own as such mechanisms are also quite complex and if they break, reloading the tank gun gets even more difficult. Another issue is that by removing one crew member (loader), you remove one quarter of the crew and an extra man comes quite handy during the 99 percent of the time that is not spent by actual fighting, but rather by maintenance and all the other tasks the soldiers have to do in war.

But, let’s put all that into a practical example.

It’s the mid-1980s and the NATO is considering what to do with the upcoming generation of Soviet Main Battle Tanks that was expected to be generally impervious to existing NATO shells. The Americans launched several programs to upgrade the Abrams tank firepower, from an upgraded 120mm smoothbore to a massive and powerful 140mm cannon. 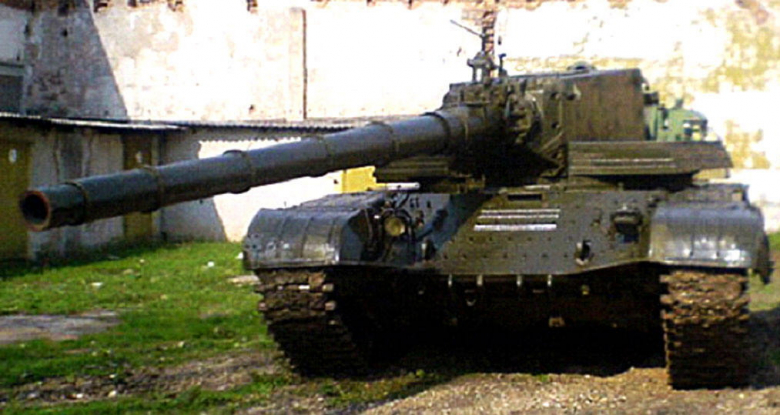 On the Soviet side, things were roughly the same. The expected advances in western technology forced the Soviet tank designers to consider various solutions to the firepower increase, including the increase of Soviet tank gun caliber from 125mm to 152mm.

They were fully aware of the issues this might cause – the 152mm caliber is almost impossible to load manually and a bulky (or, at least, bulkier) loading mechanism would have to be installed into Soviet tanks. The gun size increase was also considerable but, despite all these downsides, the Russians produced (during and after the Soviet era) a number of interesting prototypes.

The Russian tank development history of the late 1980s is still somewhat unclear and even the Russian sources contradict each other, but what is known is that the Soviets launched an initiative called “Sovershestvovanie-88” (Improvement-88) to produce a next generation Main Battle Tank – or at least to heavily upgrade the Soviet tank fleet. Several vehicles were designed and built during the initiative, including the ones armed with a 152mm gun.

The first Soviet 152mm tank gun project was called Object 292. It was basically a modified T-80BV, re-armed with a 152mm gun called LP-83 by the Kirov plant in Leningrad (St. Petersburg) in mid-1980s. The gun was developed by the “Burevestnik” design bureau. There was a lot of controversy behind this project – the T-80 platform was initially considered to be too small to carry anything bigger than a 140mm gun and had to be modified. The gun development was not smooth either – initially, it was supposed to be a rifled gun, but developing a smoothbore was considered cheaper and technically easier, so the Soviets went with it.

A single Object 292 prototype was built in the autumn of 1990. The subsequent tests have confirmed that the gun represented a major improvement of firepower compared to the standard 125mm 2A46 smoothbore series, including a 50 percent increase of muzzle energy. At the same time, due to its advanced construction, the gun had roughly the same recoil as the 2A46, allowing it to be installed into existing Soviet tanks. The chassis of the vehicle was stable and the vehicle performed well. However, with the breakup of the Soviet Union and the major budget cuts that followed, the vehicle was never really developed into a production variant. Its prototype stayed abandoned for years, until it was moved to the Kubinka tank museum and recently restored.

The same fate befell another advanced Soviet project called Object 195 although its history was a bit stranger. The Object 195 represented a major departure from the previous Soviet designs as it was armed with a different 152mm gun called 2A83, installed in an unmanned turret. The 2A83 gun was developed roughly at the same time as the LP-83, but by a different company – the Plant No.9 in Yekaterinburg. It was a 55 calibers long automatically loaded smoothbore gun. Thanks to its large charge, it was possible to fire APFSDS shells from it with velocities of up to 2000 m/s.

Object 195 was developed by Uralvagonzavod, but even the prominent position of the company from Nizhny Tagil couldn’t save it from budget cuts that followed the breakup of the Soviet Union. A prototype was built – that much is clear, but little information generally exists. The project was cancelled in 1991, only to be sort-of revived around the year 2000. The second phase of its development lasted until 2008 when it was cancelled again, this time for good. You can read more about it in a dedicated article. 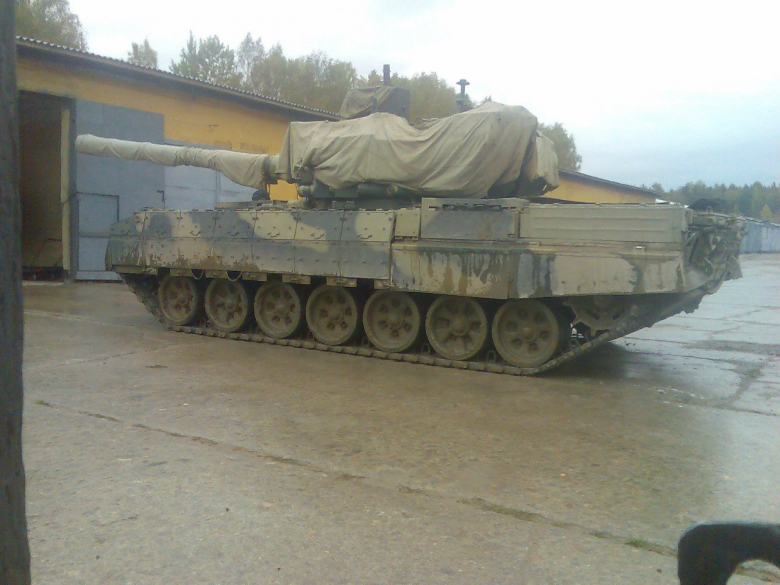 These two are the best known 152mm projects. There were other projects from different companies such as Kharkov’s Object 477 “Molot” that was supposed to use the LP-83 gun, but they generally ended the very same way the abovementioned two did – cancellation caused by the lack of finances after the Soviet collapse. Their history will be covered in one of the upcoming articles, but for now, let us return to the Object 195, as it was that project that formed the foundation of the T-14 development. Not directly, mind you, but solutions used in it were later on used to develop the Armata that shocked the world in 2015.

By the time the Armata was introduced to public, a lot of speculations arose whether the tank would be armed with a 125mm gun, or a 152mm one. As was written above, the 152mm gun is, in principle, compatible with platforms that can mount a 125mm smoothbore, although its introduction carries penalties of its own, namely the price. Simply put, producing and maintaining 152mm guns and ammunition is very expensive (the high energy barrel has lower life span than a 125mm one for example) and in a situation where Russia faces international sanctions and its military budget is tight, a modernized 125mm gun seems like a more rational choice.

The second aspect is the actual battle need, or, more specifically, the lack thereof. In short, there are no potential targets on the battlefield that a longer, modernized 125mm gun wouldn’t handle. The United States are still operating the same old Abrams tanks that (even in their modernized forms) are far from indestructible, as the recent Iraqi Abrams losses have shown. In Europe, the aging Leopard 2A5/2A6 variants are being gradually modernized, but much of the European MBT fleet consists of even older Leopard 2 variants of questionable combat value or, in case of former Warsaw Pact countries, modernized Soviet era equipment.

The introduction of a higher tank caliber to Russian tanks would be required only if potential enemies came up with something radically different – a brand-new cutting edge Main Battle Tank. With the American plans to keep upgrading the Abrams for at least another decade or two and with the plans for a future European MBT (often – if incorrectly – referred to as Leopard 3) still in the stage of a mere intention, the emergence of such a threat in the near future seems very unlikely.

The 2A83 gun is confirmed to have been considered at one point as the armament for the Armata platform MBT, but due to the reasons listed above, it never happened and the tank was introduced to public carrying a modern 125mm 2A82 smoothbore instead.

Cutting edge rounds for the 2A83 are also in development, although whether a 152mm variant of the Armata will ever be built is another matter entirely – it certainly is not unrealistic. 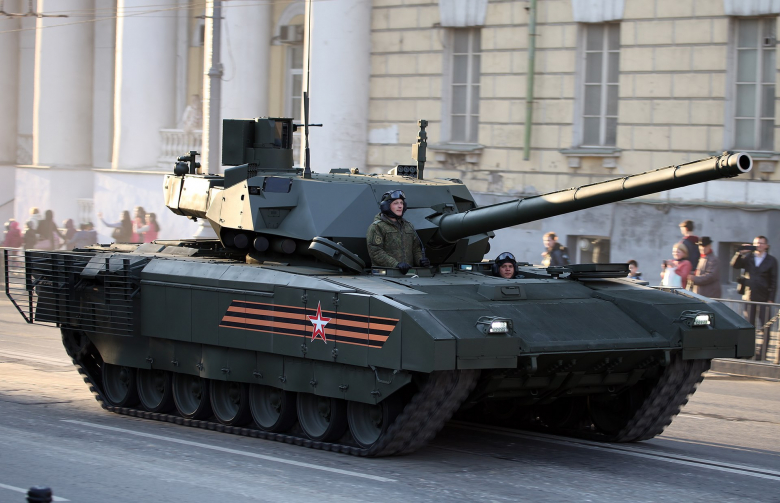 In Armored Warfare, we are planning at the moment to introduce two vehicles carrying the 152mm 2A83:

Both vehicles should introduce more diversity to high-end gameplay with their massive caliber. The actual performance of the gun will be defined by its high damage per shot at the cost of rate of fire to produce interesting and balanced vehicles.