One of the upcoming vehicles in arms dealer Zhang Feng’s inventory in Armored Warfare is the OT-65 APC. Originally of Hungarian design, this four-wheeled transport was accepted into service in Czechoslovakia under the designation “OT-65” in the late 1960s, and was used by the army for several decades. While its primary role was scouting and the transport of small numbers of troops, one particular OT-65 participated in one of the most daring escapes from communist Czechoslovakia. 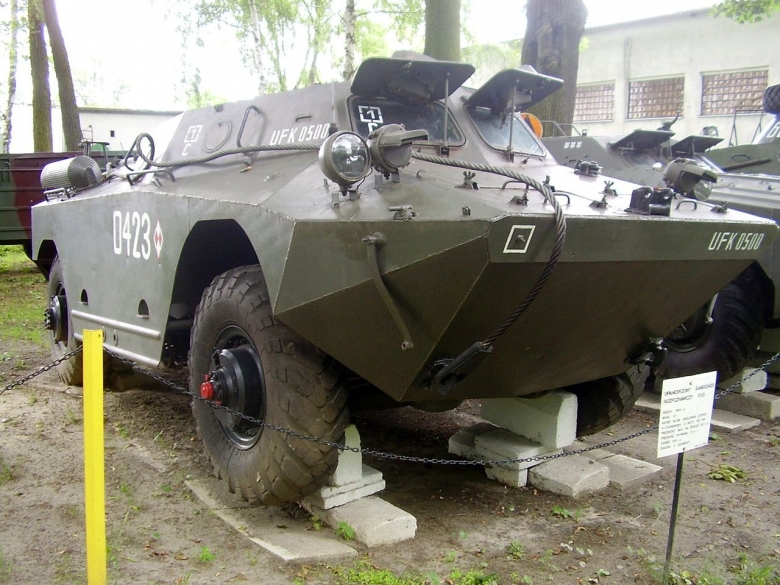 Polish variant of the OT-65

After the 1948 coup d’état, Czechoslovakia was firmly embedded as a part of the communist bloc led by the Soviet Union. One of the effects of this alignment was the fact that the borders were no longer freely passable – it was not possible to travel to the west without restrictions anymore and leaving the country without permission was considered a criminal offense, often punishable by many years in prison.

From 1948 until the end of the communist dictatorship in 1989, large numbers of people attempted to cross the borders illegally, with many caught and some paying the highest price since the border guards were ordered to shoot on sight during these attempts. Most of the escapes took place on foot or in cars or trucks, but some of them were made possible by stolen armored vehicles, the best known of them being the Freedom Tank (actually a wheel-cum-track Steyr APC) and the M5 Stuart. Even the protection of the armor however was not always a guarantee of success and the 1964 escape attempt using the “Ještěrka” SPAAG ended in tragedy. That never stopped others from attempting however and this is the story of another such try.

OT-65 versus the Iron Curtain

Ján Bodnár, born in 1947, was a worker from Košice, Slovakia. He was a quiet introvert who had troubles with authorities, and he was deeply shocked and disturbed by the 1968 Soviet invasion into Czechoslovakia. During his mandatory period of military service, he was sent to the 51st Mechanized Infantry Regiment of the 15th Mechanized Infantry Division in Český Krumlov (southern Bohemia) in 1969, where he became known as a troublemaker with multiple infractions. All these circumstances contributed to his decision to leave Czechoslovakia once and for all. 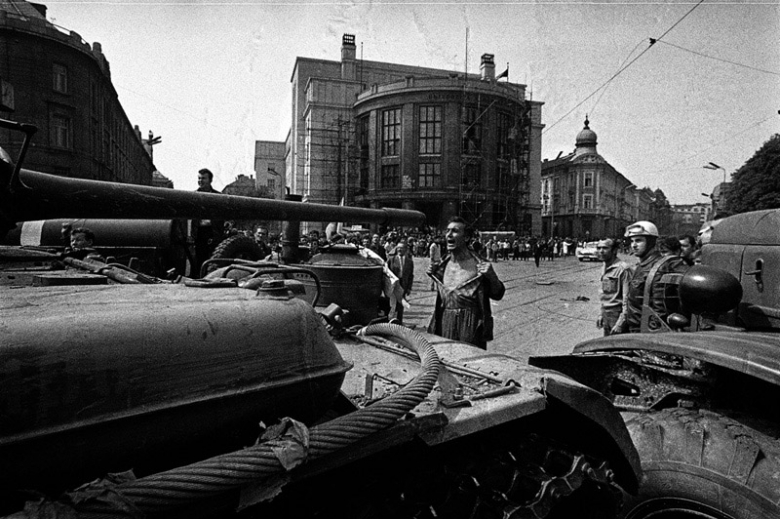 He didn’t have to come with an extremely complicated plan because he had two advantages on his side:

He knew full well of the orders of the border guards to shoot illegal emigrants and decided he’d steal one of the unit’s armored vehicles. After some recon work, he figured out the fleet of OT-65 recon APC’s would be the easiest to access.

Choosing the OT-65, also called “Fug” due to its original Hungarian name, was quite a gamble. These vehicles were notorious for their poor reliability and were often in very bad shape – in an unrelated case, another former soldier remembered his unit’s OT-65 as having only one brake out of four functional and the internal electric wiring in such a state that it was not possible to start the heating or to turn on the lights, resulting in the soldiers using a petroleum lamp to light and warm up the vehicle’s interior. Additionally, the vehicle’s ability to pass through difficult terrain was also quite poor despite the presence of additional four retractable wheels, designed to help the vehicle pass more prominent obstacles (the retraction system was also cited as extremely unreliable and was rarely functional even on operational vehicles).

None of that really mattered all that much however because the way to the border was not that long and – more importantly – there was a road leading straight to Austria. 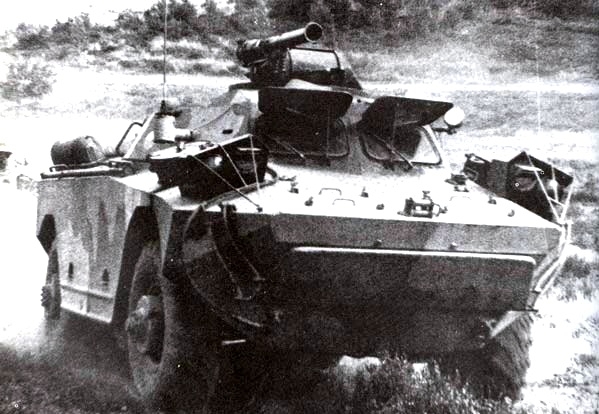 Bodnár didn’t plan on going alone at first and he told his friend, Private Jan Košek about his plan. Košek lived in Austria for a while and while the plan appealed to him, he didn’t want to leave his wife and child behind. He did however give Bodnár some valuable tips, including how to choose the border crossing (since the one at Dolní Dvořiště had steel beams installed across the road that even an armored vehicle couldn’t handle). Bodnár decided to choose the crossing at Studánky instead, where the road was only blocked by a barbed wire fence, through which the APC should be able to cut like butter. From that point onwards, Bodnár was convinced the plan would succeed and started working on details – until the day came when everything was prepared and it was time to put the plan into action.

On the 31st of May 1969, sometime after 22:00, Bodnár snuck out of the barracks and made his way to the garages. At 23:45, he forces his way into one of the OT-65’s, started it up and simply drove straight out of the barracks. The garage staff was working on another vehicle at that time and tanks and other armor moving around in the night was not uncommon, which was something Bodnár counted on – as he was leaving, the unsuspecting guards raised no alarm. Luck was with him that night, since a major training exercise was taking place at that time around the barracks as well and nobody noticed one more armored vehicle driving around. The trip to the border itself was therefore completely uneventful.

At 01:30, Bodnár finally reached the border crossing, occupied by two men of the 5th Border Guards company. The border guards saw the vehicle approaching, left their post and walked towards it, signaling it to stop with their flashlights.

When they saw the OT-65 maneuvering around the steel anti-tank obstacles that were installed on the road, they realized what was happening. At the same time, Bodnár activated the powerful distance lights, temporarily blinding both guards and revved the engine. The guards immediately started shooting at the approaching vehicle from their assault rifles – one man fired 20 shots, the other fired 12 shots but the armor of the vehicle was too thick for rifle rounds to penetrate. They watched helplessly as the APC rammed into the barbed wire fence, tore through it and disappeared in the woods on the Austrian side.

Ján Bodnár drove the stolen APC to the nearby town of Leonfelden, where he parked it in front of the police station at 2:00 and gave himself up to a shocked Austrian policeman. The police report stated that he was unarmed – and that’s where all the reports of him end, he likely lived the rest of his life in Austria as an ordinary citizen. 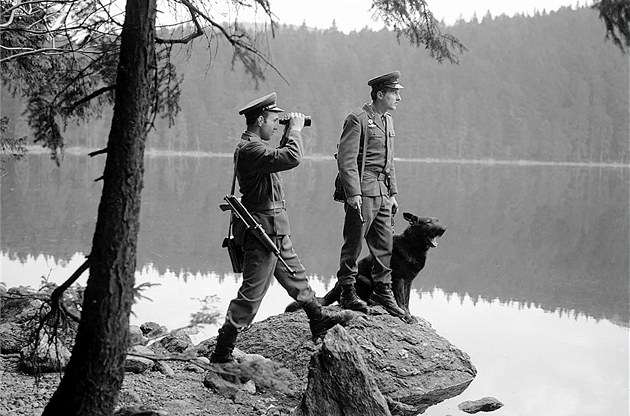 Back in the barracks in Český Krumlov the theft was only discovered at around 03:00 in the morning when the guards woke up the unit commander, telling him there was a major problem and that one of the APCs was missing.

The following investigation led by the feared military counter-intelligence agents known for their ruthlessness discovered major flaws in the guard rotation system as well as some complacency and several unit officers were punished for the theft, although none severely. Jan Košek – a known friend of Bodnár – was also investigated but his involvement in the planning was never discovered.

The OT-65 was recovered on the next day – the Austrians drove the APC back to the border where a group of Czechoslovak soldiers took it back. The only things discovered missing were one helmet, one hand grenade and several food cans, believed to be taken by the Austrian policemen as souvenirs. The escape of Ján Bodnár was the last successful attempt to leave Czechoslovakia using an armored vehicle. The 1970s – also called “normalization years” – saw another increase of border security and the post-1968 military purges led to the removal of “unreliable” officers and soldiers from the service. The most common way of escaping the country became going on vacation to Yugoslavia – and never returning.

Learn about some of the first tanks in Israeli service, the mighty Shermans