The Democratic People's Republic of Korea – more commonly known as North Korea – is perhaps the most secretive and closed country in the world today with millions living behind the borders of the totalitarian regime without hope of seeing the outside world. North Korea is not a very rich country but its former connections to China and the Soviet Union (as well as other dictatorships) allowed it – despite the international arms import embargo – to amass impressive numbers of armored vehicles and other weapons. 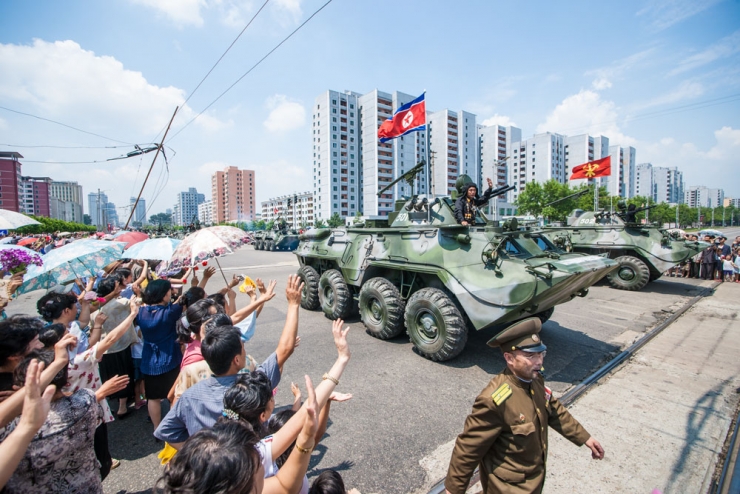 The thawing of relations between the West, Russia and China in the 1990s, however, has left North Korea politically isolated and North Korean armor now mostly consists of vehicles that would generally appear only in museums – for example: it was documented that reserve units are still using the Soviet WW2-era T-34 tanks (or – more likely – their Chinese copies). While the North Korean military is a massive organization, North Korean equipment is at best obsolete and at worst completely useless.

When it comes to North Korean tanks (or any part of the North Korean military), there are very few reliable sources and estimates about the real number of North Korean equipment. According to various reports (including reports for the U.S. government), North Korea is likely currently operating around 4000-6000 tanks of various types. The quality varies wildly but there is nothing that can match the current top of the line Russian, Chinese or American equipment. 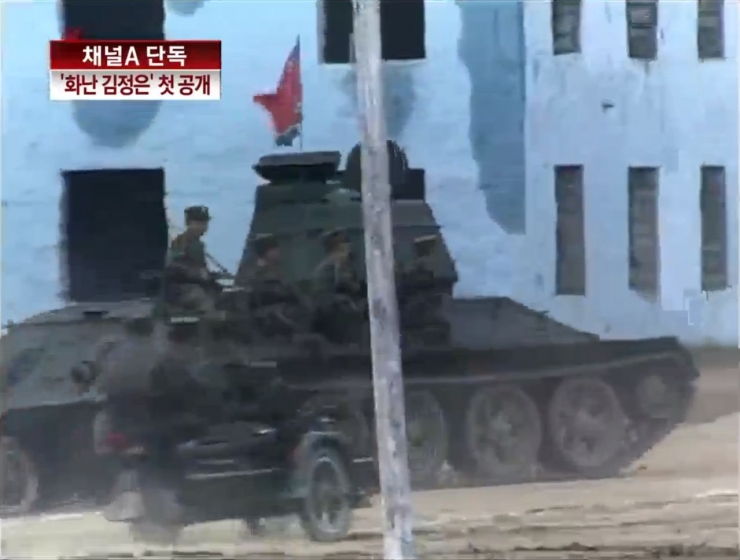 Possibly the most numerous vehicles of the Korean armored units are the T-54/55 tanks and their Chinese copies (Type 59). The first vehicles of this type were probably delivered in the early 1970s, both from the Soviet Union and China, and remain in service until today. In the 80s and 90s, North Korea managed to obtain some amounts of spare parts for these tanks and a small number of them were allegedly exported to Iraq. Now they are likely kept running by cannibalizing and by random small acquisitions of spare parts and its anyone's guess how many of them are actually fully operational. In any case these tanks are mostly obsolete and their combat worth is practically zero (as seen in the war in Iraq,) with the exception of fighting against poorly armed insurgents. Some T-54/55 or Type 59 vehicles were converted into massive 170mm self-propelled artillery pieces (known as Koksan), which were exported in small numbers to Iran. Several of the exported SPGs were captured by the Iraqi during the Iran-Iraq war and displayed as trophies until they were actually found by the Americans. The 170mm ammunition is quite exotic and it is unlikely anyone would bother producing it for the few artillery pieces available. 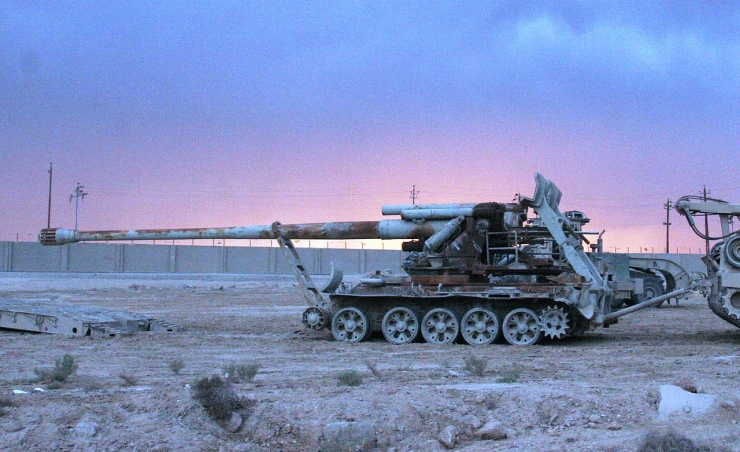 Apart from these conversions, some North Korean T-55s were equipped with indigenous spaced armor/ERA kit of dubious value and guided missiles. Current experience (Iraq, Syria), however, shows that such modifications are again mostly useless given the age of the hull itself. Additionally, trying to install larger armament or equipment usually severely compromises the hull and turret integrity – this is the proverbial Achilles heel of most attempts to install a larger gun into an older (small) turret.

Possibly the most important (if not numerous) part of the North-Korean armored forces consists of the Soviet T-62 medium tank and its variants. The history behind the North-Korean acquisition of this vehicle is very hazy but they were likely acquired in the 70s directly from the Soviets in some numbers (American sources sometimes claim that the North Korean T-62s were manufactured for North Korea by Czechoslovakia but this is not true). Based on this tank, the North Koreans created their first indigenous tank design, the Chonma-ho.

The Chonma-ho (Pegasus-Tiger) in its first early form was simply a downgraded local copy of the T-62s imported from the Soviets with a 115mm 2A20 gun – unlike the original T-62 however, the Chonma-ho I was missing the laser rangefinder. It was probably designed in the mid 70s as a replacement for all the other imported vehicles, but the North Koreans never really managed to build enough of them and as such they continue to serve alongside the tanks they were supposed to replace. To further confuse matters, the original imported T-62s (some of which are still in service) are also referred to as Chonma-ho.

The second variant of the Chonma-ho (Chonma-ho II) from the 80s already had a laser rangefinder as well as some rudimentary armor upgrades (a thin spaced armor kit). Some parts of this vehicle were possibly imported from abroad (especially the sophisticated components) but most of the vehicle parts were actually produced directly in North Korea in the spirit of self-reliance that the North Korean military philosophy heavily promotes. It’s worth noting that some Chonma-Hos were exported to Iran in the 80s and likely used in the Iran-Iraq war (with unknown results).

In the 90s and early 2000s, the North Koreans "acquired" by various illegal ways a few T-72 medium tanks as well as (allegedly) one T-90S. Many elements from these tanks were reverse-engineered and incorporated into the Chonma-ho development, resulting in the Chonma-ho III-V series of tanks. These had several new features: thermal gun shroud, ballistic computer, advanced gun stabilizer, new composite armor, an ERA kit (likely derived from the Russian Kontakt version) and a new 750hp engine. The Chonma-ho V was upgraded even further by installing a copy of the Russian 2A46 125mm smoothbore along with an autoloader. In the end around 1000 Chonma-hos were built and are currently in use. However, even with such heavy upgrades, the combat value of the Chonma-ho series is questionable at best. 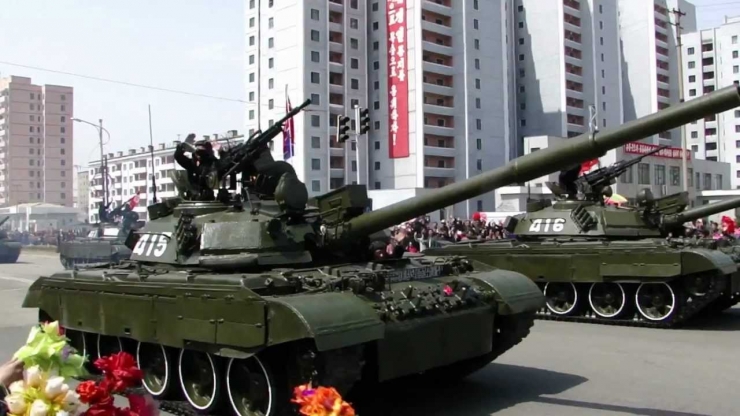 North Korea, it seems, realized that fact and decided to develop the Chonma-ho even further. The initial impulse for that decision was probably the shock of the destruction of the Iraqi T-72s in the Gulf War. Faced with the fact that North Korean tanks were even worse than the equipment the Americans recently completely crushed in Iraq, the North Korean army staff decided to produce another heavily upgraded Chonma-ho variant using various imported components of the T-72 and possibly the T-90 medium tanks. This variant was named Pokpung-ho (Storm Tiger) and the first prototype was possibly built around 1992 – originally the vehicles were supposed to be called Chonma-ho as well (VI and VII) but given the number of differences, the tank received its own designation. 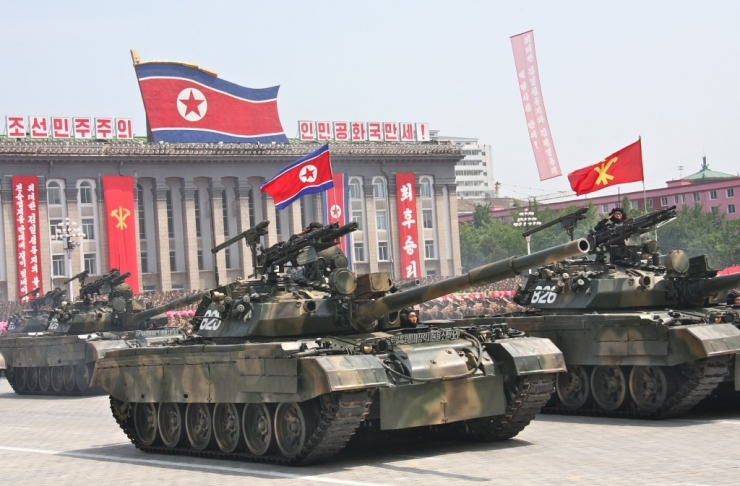 The early Pokpung-ho was still armed with the 115mm smoothbore but later versions received a 125mm 2A46 clone that the North Koreans were now producing (along with North Korean-produced indigenous shells). The hull was still based on the T-62 but it was made longer – the tank now has one extra roadwheel pair. The vehicle also has a new turret with composite armor similar to that of the T-72 export models and it is now powered by a new engine (estimated at 1000-1200 horsepower), allegedly providing it with excellent acceleration. Pokpung-ho is also likely to have a computerized fire control system of unknown origin, probably based on the T-72 one. Generally, very little is known about this tank – it was shown to the public for the first time only in 2002, a decade after its development – but even in its latest form (Pokpung-ho III with ERA) it is probably inferior to anything produced in Russia or in the USA from 1995 onwards. It is estimated that around 200-300 were produced from 1992 to 2015 and are currently in service with the elite armored units of North Korea.

Beyond these main battle tanks, the North Korean military operates an unknown number of truly antique vehicles such as the PT-76 and T-34. One very interesting design is the PT-85 light tank, roughly similar to the PT-76 but based on the VTT-323 hull (which itself is a copy of the Chinese Type 63 APC). The combat value of these variants is likely negligible.

Despite the wild claims the North Korean regime is famous for and the vast manpower resources of the North Korean military, all the equipment is mostly inferior to that of the South Korean military. The Korean K1 main battle tank – even in its first version from 1987 – was roughly on par with the early variant of the American M1 Abrams and the current K2 Black Panther and, while expensive, it completely outmatches anything the North Koreans can field. 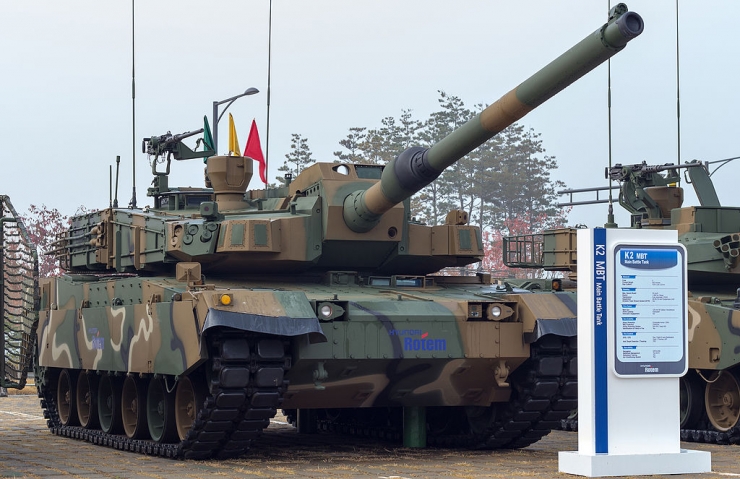 Without opening their borders and initiating dialogue with the rest of the world, the North Koreans almost certainly have no chance of "catching up" to the world arms development and it is very unlikely that they would ever produce anything more powerful than a mid-series T-72 model. The gap between North Korea and the rest of the world will only grow wider and it is completely possible that in a decade or two the next generation of Korean vehicles will still be facing what is essentially an upgraded T-62 medium tank.

Korean vehicles will appear in Armored Warfare in the future, but it is unlikely that any North Korean main battle tank will rate any higher than tier 6.