Some time ago, we unveiled a portion of our vision for the future of Armored Warfare in an article called New Horizons.

The recently announced launch of the Global Server is also a part of the vision, but it is only the first step. For months now, we’ve been putting together and implementing a plan to significantly improve the gameplay for players both old and new with the goal of making the gameplay of Armored Warfare more dynamic and fun. 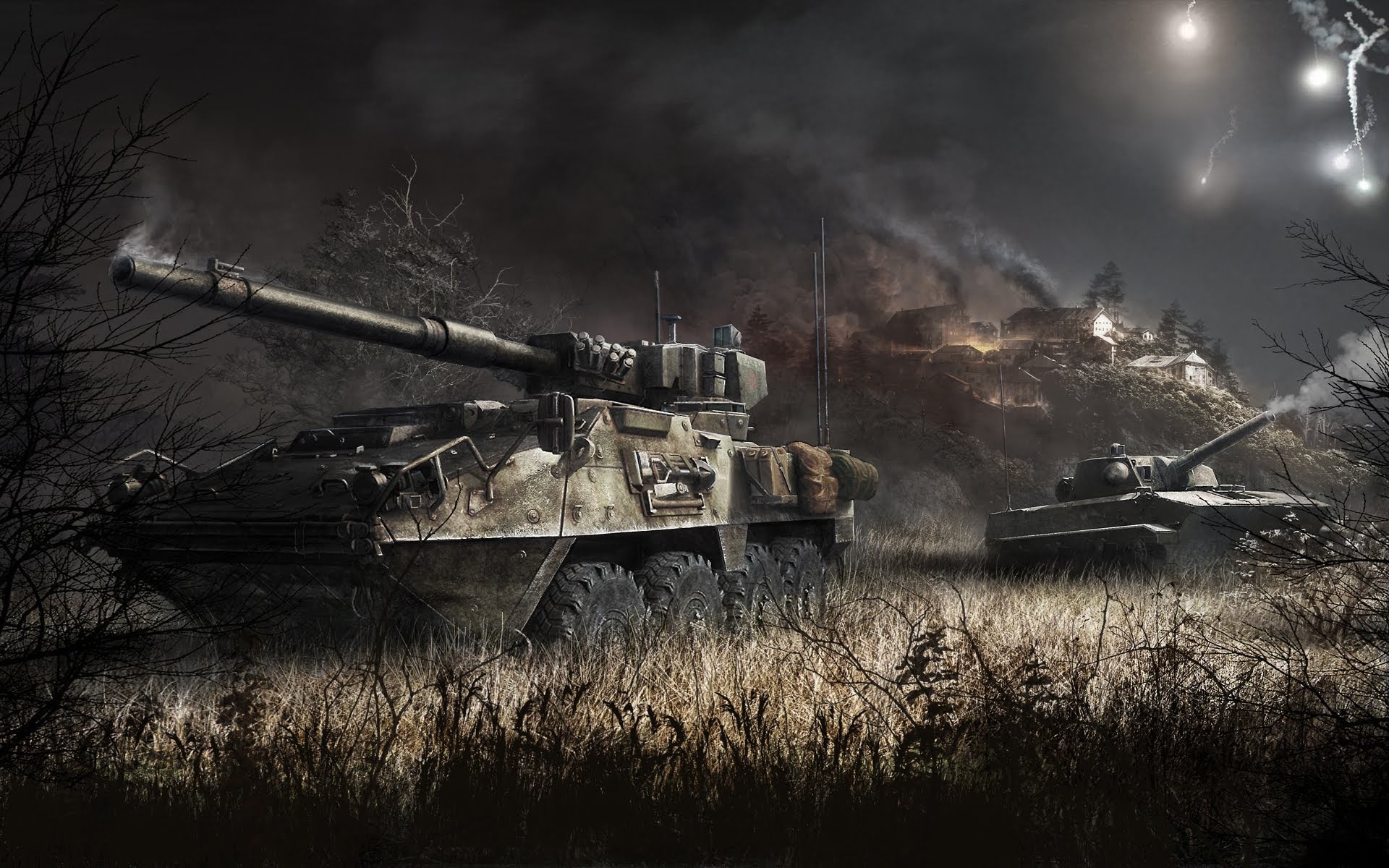 As the second step of our plan to improve the Armored Warfare experience and the dynamics of the game, we are planning to introduce a series of core gameplay changes in the next two major updates and today, we’d like to tell you more about what’s coming in the foreseeable future.

The new player Armored Warfare experience has always been at the forefront of our efforts, along with the gameplay dynamics. Our goal is to improve the game in three directions – one is to provide instant queues so that players can join any mode their desire (providing it is available on the selected Tier and during the selected time) instantly.

The second direction is to make the players feel like they are being a part of a fast-paced, rapidly evolving battle where every second counts. No more sluggish scouts that are supposed to be fast, no more long reload times where you can make a coffee between shots. That all will be going away as the action-packed dynamic gameplay you knew and loved makes a grand comeback.

And, finally, once you achieve the mastery of all your classes and vehicles, new challenges will be waiting for you as you join special organized gameplay-oriented missions and activities.

But the most important question is – how do we plan to achieve all that?

Shortly after the launch of the Global Server, we plan to release two Black Sea Incursion updates in relatively quick succession that will feature the following changes:

Low-Tier Adjustments – we will be rebalancing the way Tier 1 to 4 vehicles in order to make them more fun to play. Their progression rate will also be increased in order for the players to not spend time on low-Tiers if they don’t want to. But – there will be also a good reason to give them a shot since we will also significantly improve the gameplay dynamics for these tiers by increasing their mobility as well as their rate of fire, making them the amazing battle machines they were always meant to be!

This global rebalance of lower Tiers also means that they will be competitive with each other. In other words – the matchmaker will be able to assemble more fair battles from these four tiers so that no vehicle feels completely outmatched even during low population times, an important improvement to the current low-tier balance. 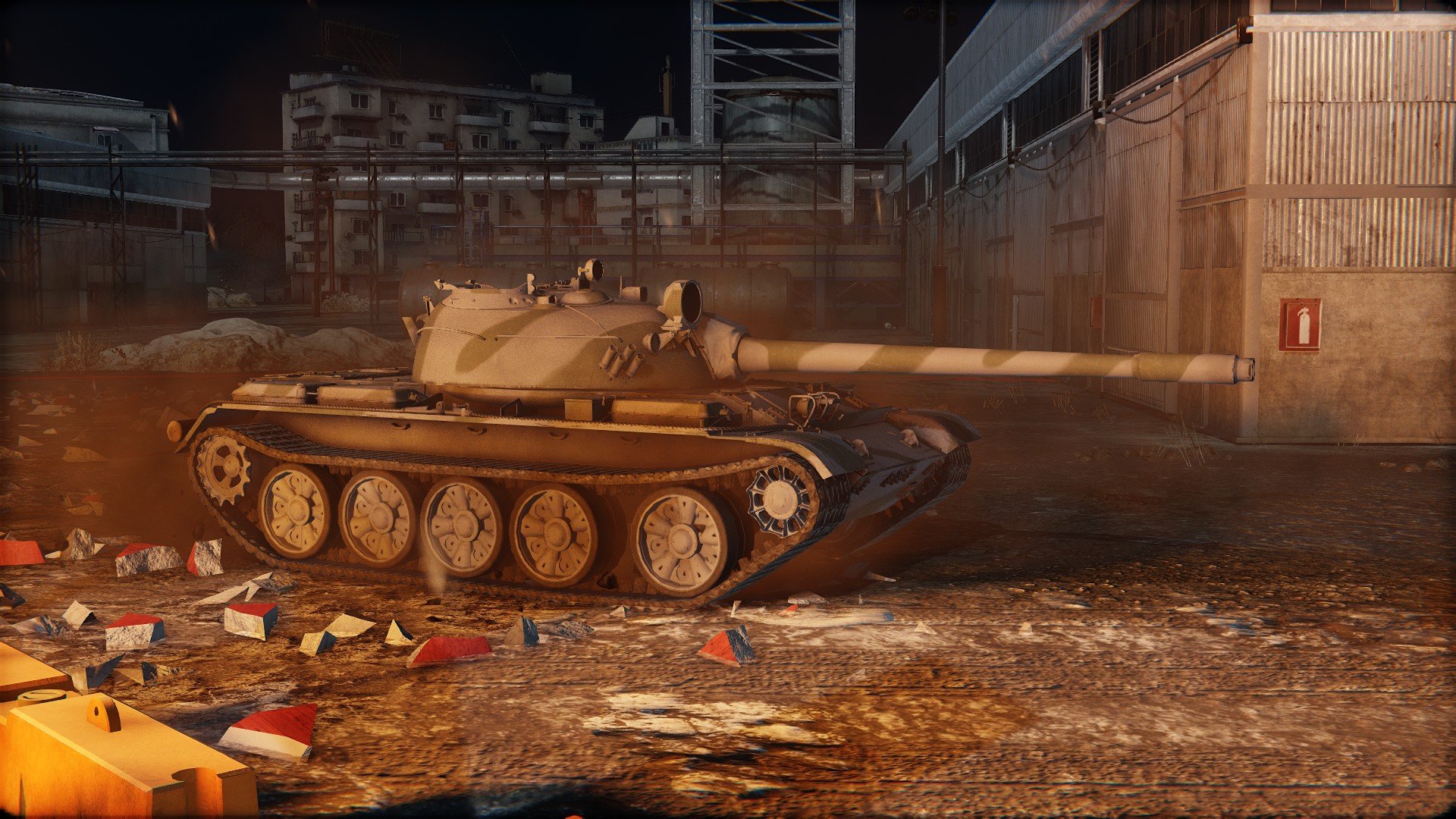 Last but not least, there is the matter of player choice. With the introduction of the new Israeli dealer, Sol Schreiber, we have tested a mechanism that allows players to switch between various dealers and branches. This mechanism will be added to the first four Tiers, allowing you to switch between dealers without having to unlock each branch from Tier 1. It’s worth noting that this kind of “branch hopping” will also appear on specific related vehicles – we will, for example, be adding the option to unlock a Ramka-99 from the T-90 since the Ramka uses a T-90 hull.

PvE Difficulty Overhaul – there are three common player complaints regarding the current system of three difficulties. If limited to various Tiers by difficulty (for example, limiting the Easy difficulty to lower Tiers), it lacks the choice. At the same time, if all three difficulties are available for all three Tiers, it stretches out the matchmaking queues too much and creates Tier and difficulty with extremely low activity such as the Easy difficulty for Tier 10. Finally, there is the matter of maps that are limited to specific Tier and difficulty combinations, creating the feeling that the amount of missions in the game is lower than it should be.

We are dedicated to listening to player feedback and, in order to address these issues, we’ve decided to overhaul the PvE difficulty settings. Each Tier will have two difficulties available – Easy and Hard. In order to make the progression diverse but not overwhelming, the choice of maps will depend on the tiers with the lowest tiers only having access to a small amount on maps so that new players can learn the mode basics properly. Starting from mid-Tiers, both difficulty settings will contain all the missions in the game in order to provide the players with more gameplay choices. 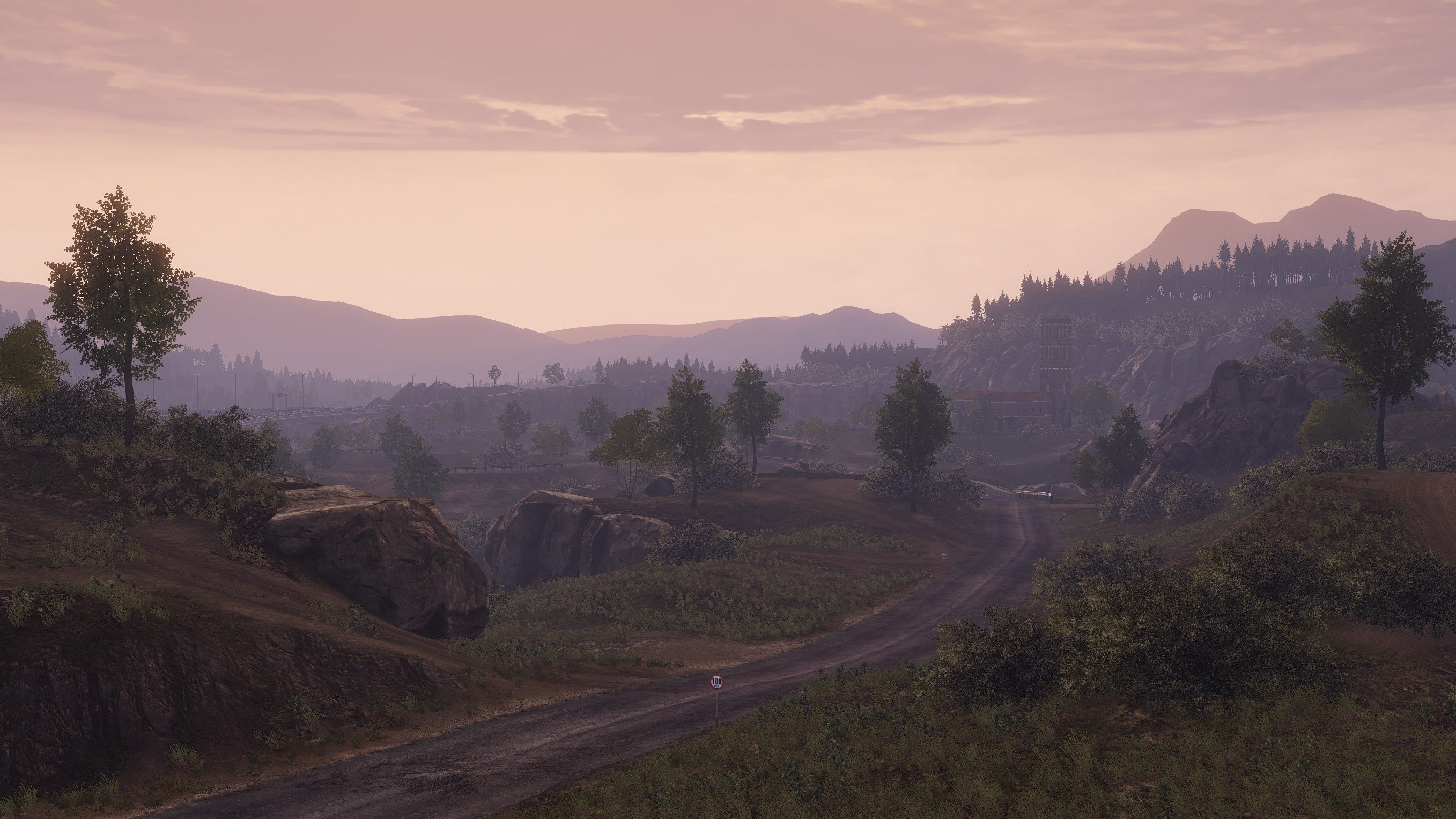 Additionally, high-end Hard difficulty PvE missions will provide more challenge than the current Hardcore top difficulty – on the upside, the increased difficulty will be compensated by even bigger rewards. Our vision for the mode is for all players to have a choice – either a relaxing experience in the Easy difficulty, or a real challenge (especially on higher Tiers) with improved payout. Risk does pay off in Armored Warfare.

Please note that the Special Operations mode will not be affected by this overhaul and will stay the way it is now.

Global Operations Overhaul – Global Operations are a challenging large-scale mode, if somewhat difficult to master. In order to better reflect its nature, we will be making adjustments to it by limiting it to the server peak times and make the mode available only once per several minutes. In order to compensate for any potential wait, we will be significantly increasing its rewards to make it worth it. These will include new achievements, extra Credits, a new title and a special periodic reward for ending up in Top 3 in a Global Operations battle. Once these changes are implemented, the queue situation of the mode should significantly improve. 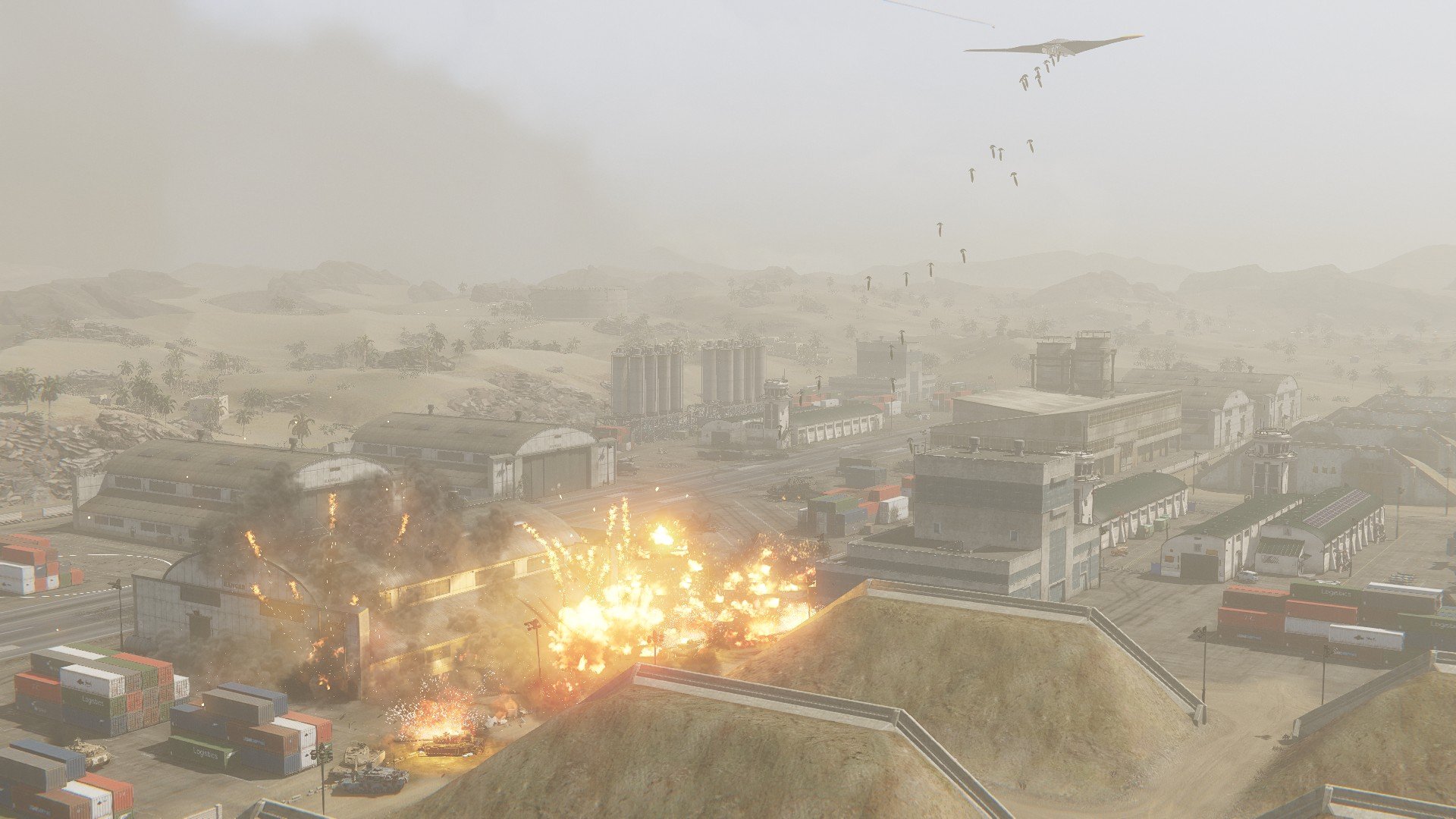 Further down the road, we will be making it a foundation for a new upcoming Battalion versus Battalion mode, but that is a story for another time.

Battalion Activities – soon, we will be launching the first version of the Season 1 battalion activities that we mentioned in a separate article, including the Battalion Contract Missions and the Heroic Special Operations mode. A more detailed guide will follow.

Improved Economy – we’ve decided to improve player income across the board by taking a look at both the standard rewards and those that are a part of the Contract Mission system.

Dynamic Gameplay Improvements – at last, we come to the crown jewel of the changes, making the gameplay more dynamic. We would like to add more action and excitement to every battle and in order to do that, we machines in the game that feel fast and powerful.

The first such changes can already be observed in the game – we’ve boosted the BMPT series autocannon firepower to match our vision of dynamic gameplay in the last major update already. In short, some of the most popular older elements of the game are making a comeback. 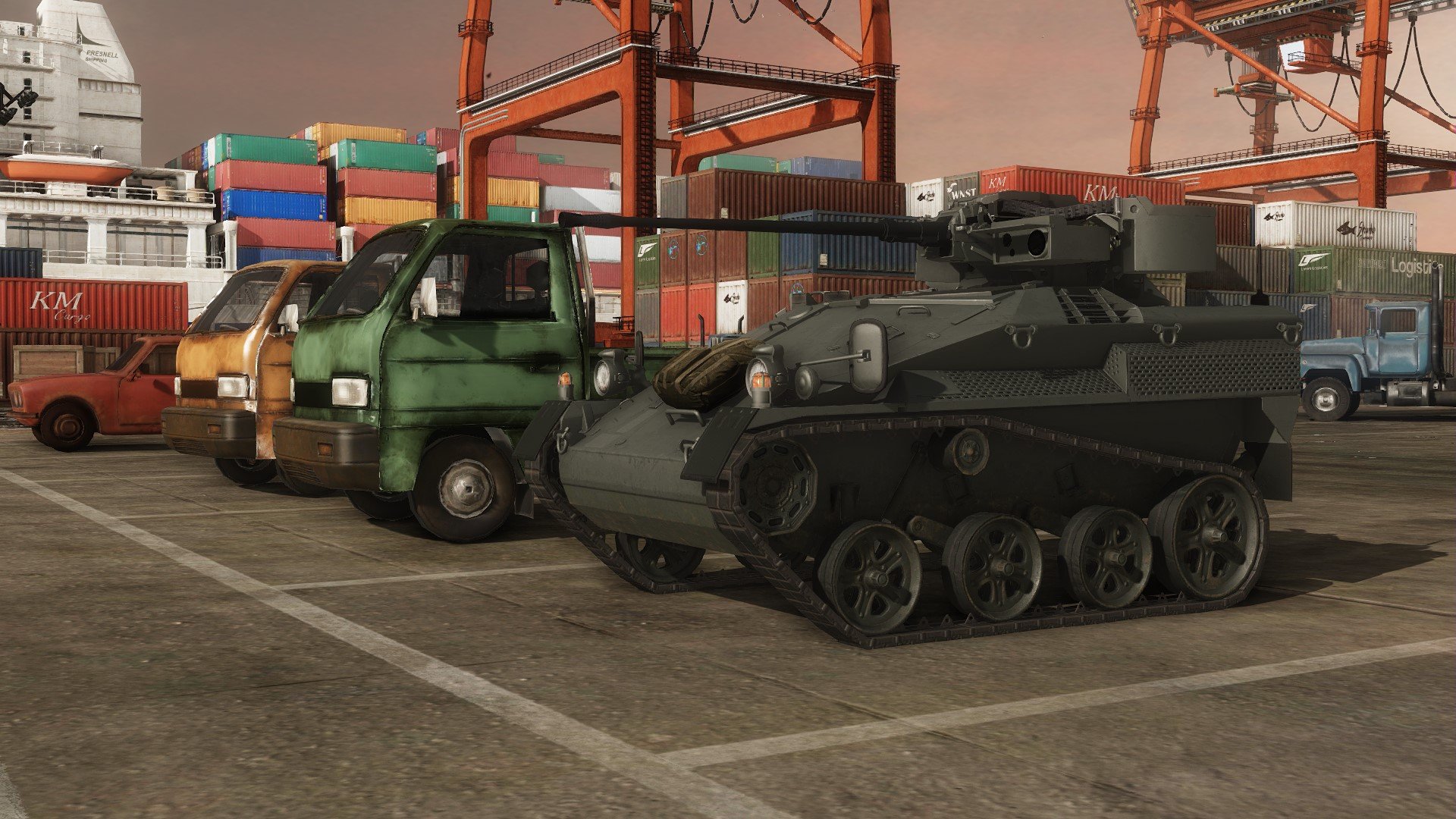 These changes, along with a lot of smaller rebalances, should result in a more dynamic gameplay where a lot of different tactics ("tanking", cover-based gameplay, brawling, flanking, sniping, high-risk high-reward autocannon engagements etc.) are all viable and add to the variety and depth of gameplay. And with the new "vehicle trait" tooltip systems, armor inspector and other existing and planned features, we want to make those systems as transparent to all players as possible, allowing you to make your choices properly.

Aside from the abovementioned changes, we will also add much more content in the future, including the Skin system, new Special Operations, vehicles and amazing in-game events with exclusive rewards.

This is our vision for the future of Armored Warfare, but rest assured that all these changes will be carefully tested and will be adjusted (or even possibly cancelled) based your feedback.

We are looking forward to your reactions and will see you on the battlefield!