For this year’s St. Patrick’s Day, we have prepared a number of interesting items for you, available, as usual, via the MyLoot system. They include:

The following special bundles are also available between March 15 to March 28, 2019:

This is a special St. Patrick-themed skin for the FV721 Fox. Please note that in order to apply it, you need to own the progression version of the FV721 Fox. Upon its application, the vehicle’s name will change from Fox to Clover Fox. 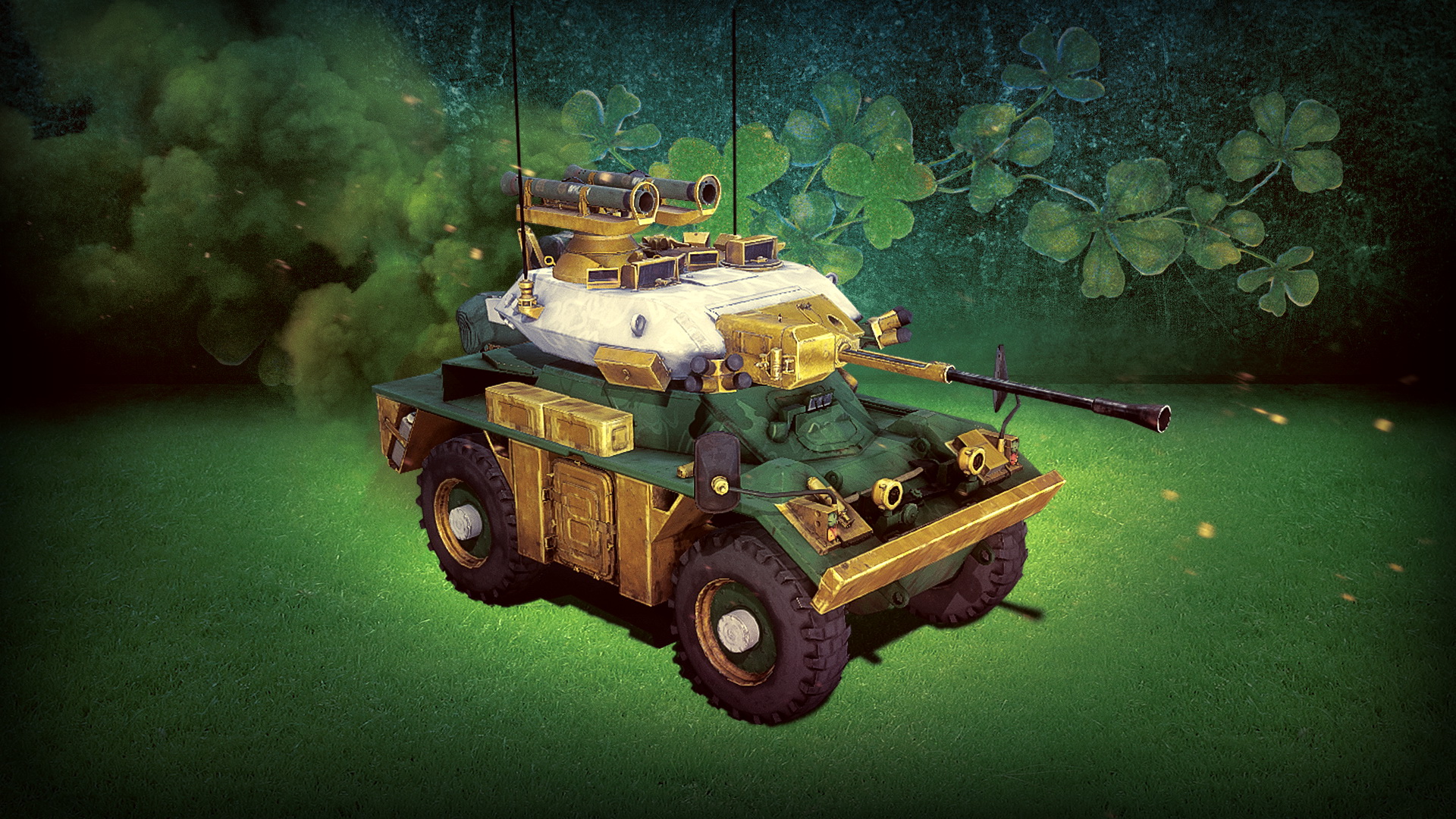 In Armored Warfare, the FV721 Fox is a Tier 6 Armored Fighting Vehicle. The FV721 Fox is one of the fastest and nimblest vehicles of Armored Warfare. It can dance around its opponents, unloading round after round of 30mm ammunition into their soft, rear areas, or destroy them from distance using guided missiles. It’s also one of the best spotters in the game, making it extremely valuable to any team it finds itself in. 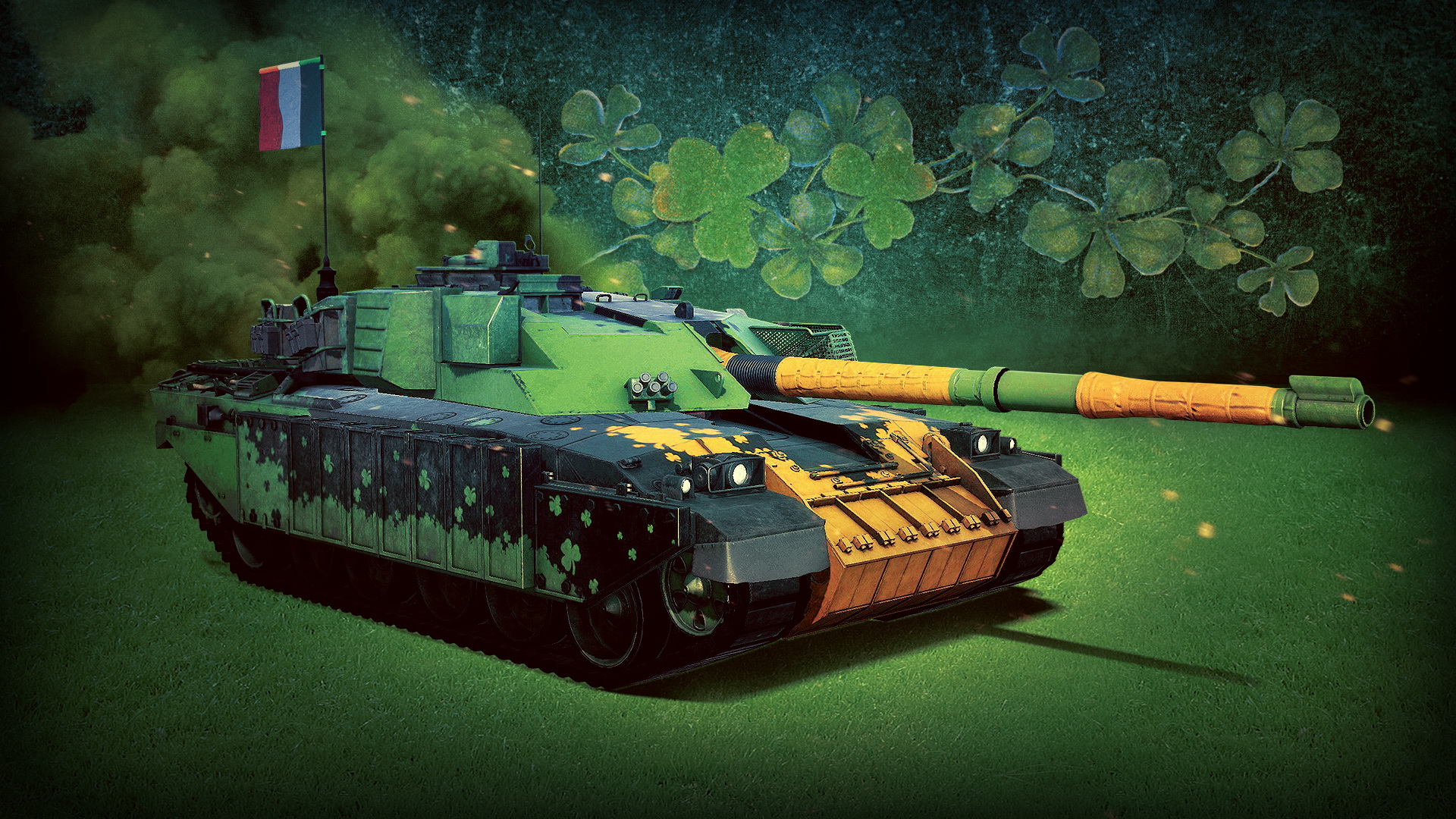 In Armored Warfare, the Challenger 1 Fionn is a Tier 7 Premium Main Battle Tank. It is one of the toughest vehicles of its tier. Its thick armor allows it to shrug off most hits while the 120mm rifled cannon is more than capable of dealing punishment on its own. The Challenger 1 is ideal for players who like to enter the thickest fights head on, advancing relentlessly through hailstorms of shells.

Challenger 1 Fionn comes with some unique features (aside its bright green and gold camouflage):

Aside from the standalone offer (with 15% discount), it is available in the following bundles:

Erin O'Connell initially intended to follow her father's footsteps and join the Irish Naval Service, but found herself much more engaged by land-based warfare. Her dedication and natural talent quickly propelled her through the Command and Staff School at the military college in the Curragh, but because the Irish Army had relatively few armored vehicles, she chose instead to become a contractor. Erin is characterized most by her tenacity and commitment; with years of study under her belt and a passion for being in the thick of battle, few commanders are as devoted to their craft as she.

In Armored Warfare, Erin O’Connell is one of the most sought-after scouting and camouflage-focused commanders and easily one of the best choices for the lightest of vehicles with her base skill offering a bonus to the ability to spot enemy targets hiding behind bushes and other foliage. Please note, however, that this is an advanced commander that requires specific tactics as is, for example, not suitable for Main Battle Tanks.

She is available in the following bundles:

Last but not least, we’ve prepared the following customization options, available to all vehicles in the game.

The Irish Green color (St. Patrick’s) color is a dark green Base Color, applicable to all vehicles. Its rich hue comes out especially well with some other types of camouflages that change their colors depending on which base color you use. Please note, however, that this color is only available for the Armored Warfare summer maps. 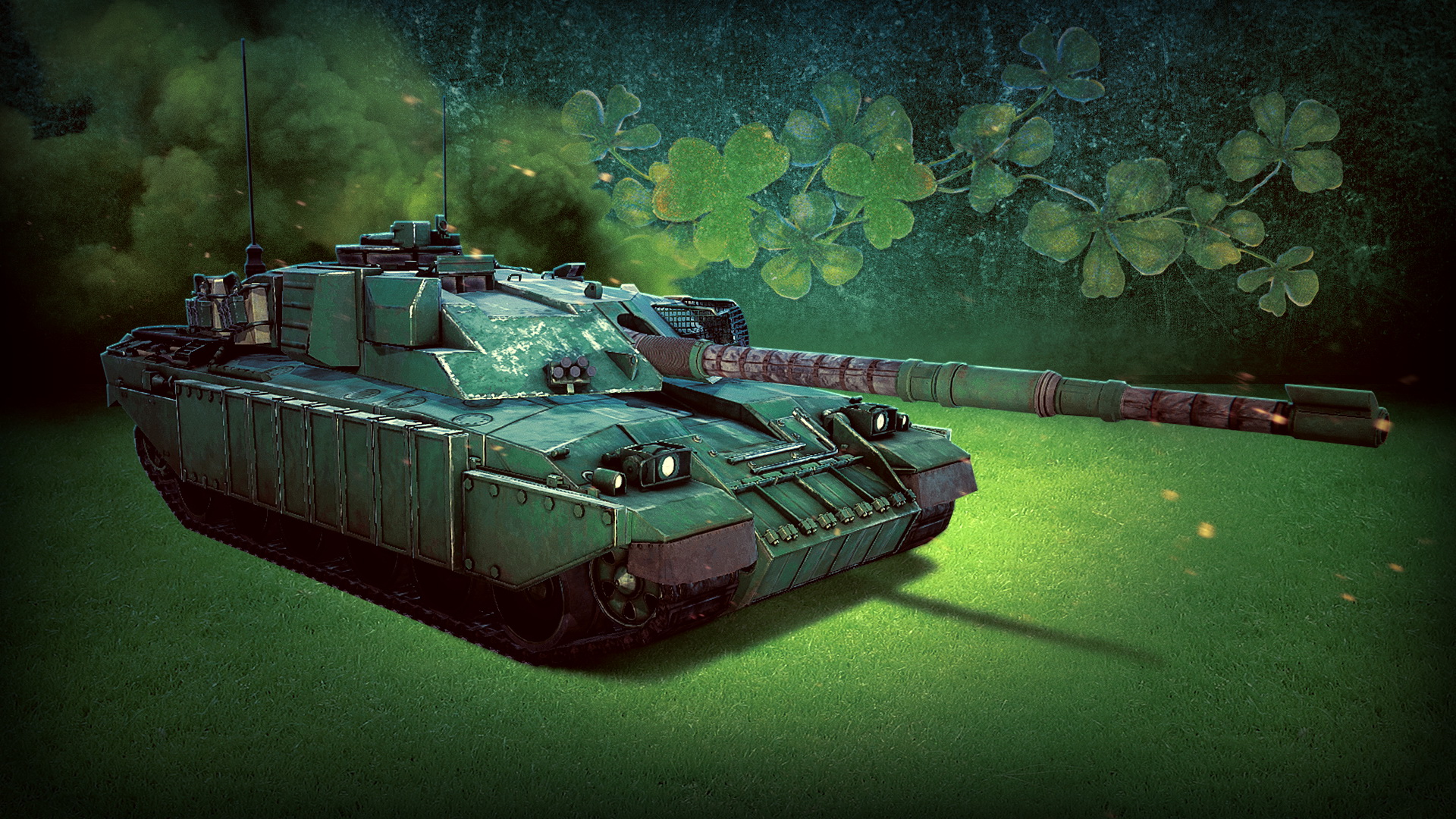 The beautiful Clover camouflage (featuring, as its name suggests, clover shapes) is , on the other hand, available for every single environment and can be also applied to any vehicle that allows the use of camouflages.

Both these options are available:

Learn more about the gift and bonuses we’ve prepared for you!

Learn more about the best Armored Warfare Battalions out there!