The latest Moscow Season update brought a number of interesting activities that you can participate in to obtain some rather unique visual rewards and now’s the right time to take a look at what you can actually do in Armored Warfare to obtain them.

Please note that, for this article, we’ll exclude the Battle Path content and will focus on items generally available to anyone.

Of the four Moscow Calling Special Operation missions that we promised, two missions are currently available with the other two coming this week and in the second half of July respectively. Aside from a number of interesting achievement rewards, these Special Operations give you the opportunity to obtain special Capital camouflage for all environments:

To obtain these camouflages, one has to complete the following achievements:

Keep an eye out for the other two when the missions become available! There are, of course, other Moscow Calling achievements that you can complete for a number of other prizes – check out the Moscow Calling section of your Achievements tab in the Dossier window.

The launch of the Moscow Calling season marked the activation of a new Contract campaign with different rules compared to the previous one. Instead of having to collect blueprint pieces for a reward tank from Loot Crates, you can now finish the initial contract to obtain the main prize directly – this time, it’s the ZUBR PSP Tier 7 Premium Tank Destroyer.

Once this Tank Destroyer appears in your Garage, you can do two things with it (apart from playing, of course):

The latter option is quite unique in the sense that it features a distinctive “police” look, inspired by the Russian Guard (Rosgvardia) units. 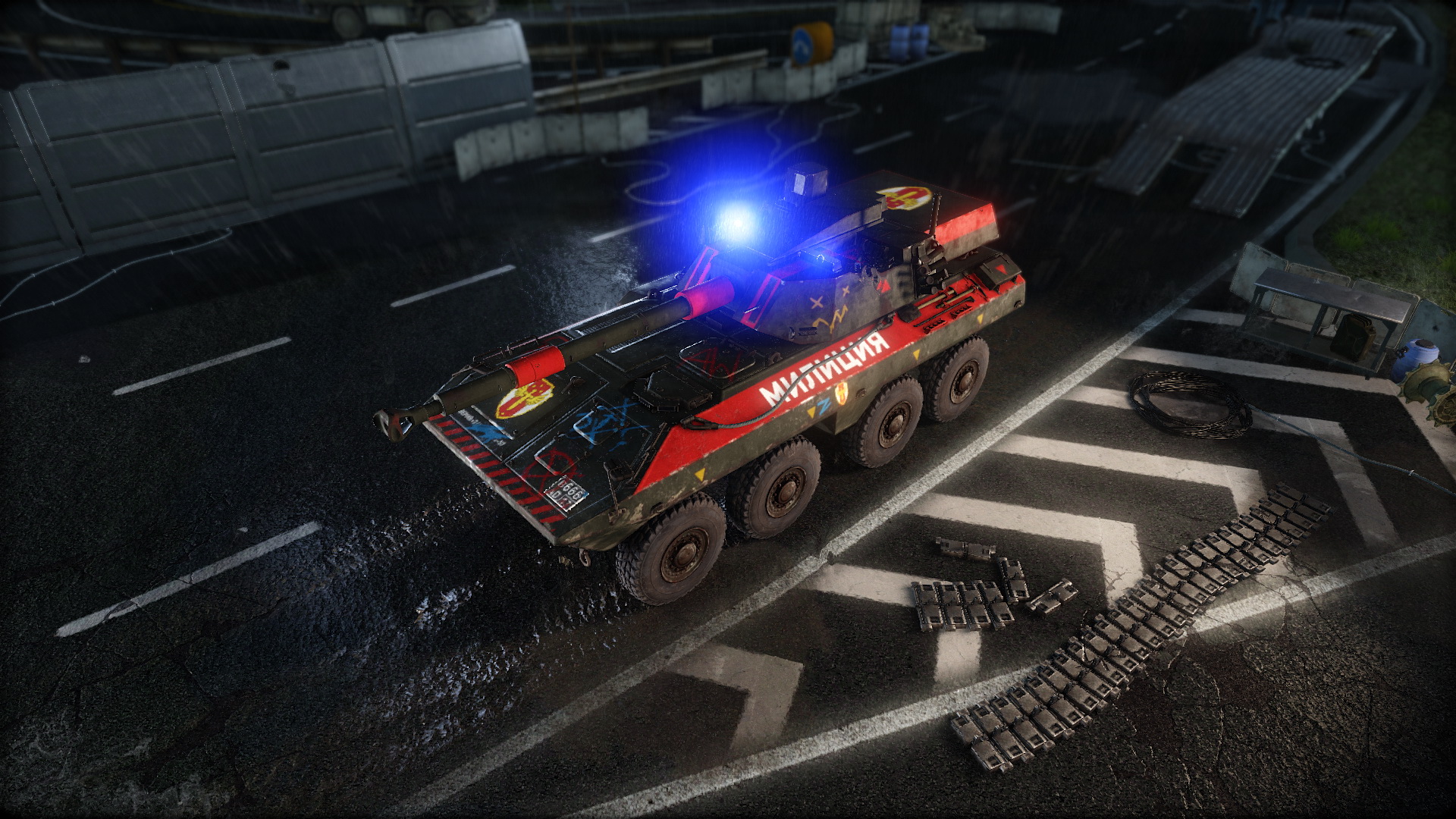 Once the ZUBR PSP contract is completed, another contract with the same conditions becomes available but, this time, with a different reward – the Moscow Supply Crate. This crate is a special seasonal reward that features several interesting items. For one, it always drops a Tier 6 to Tier 8 Premium vehicle as well as a visual customization options.

The permanent Premium vehicles that drop from this crate include (amongst many others), the Type 90 MBT, Challenger 1 Falcon, BMPT Prototype, Sabre and others vehicles that you had the opportunity to obtain in the past.

There are, however, some unique visual customization items in it as well. The most distinctive is the Beast series for the following vehicles: 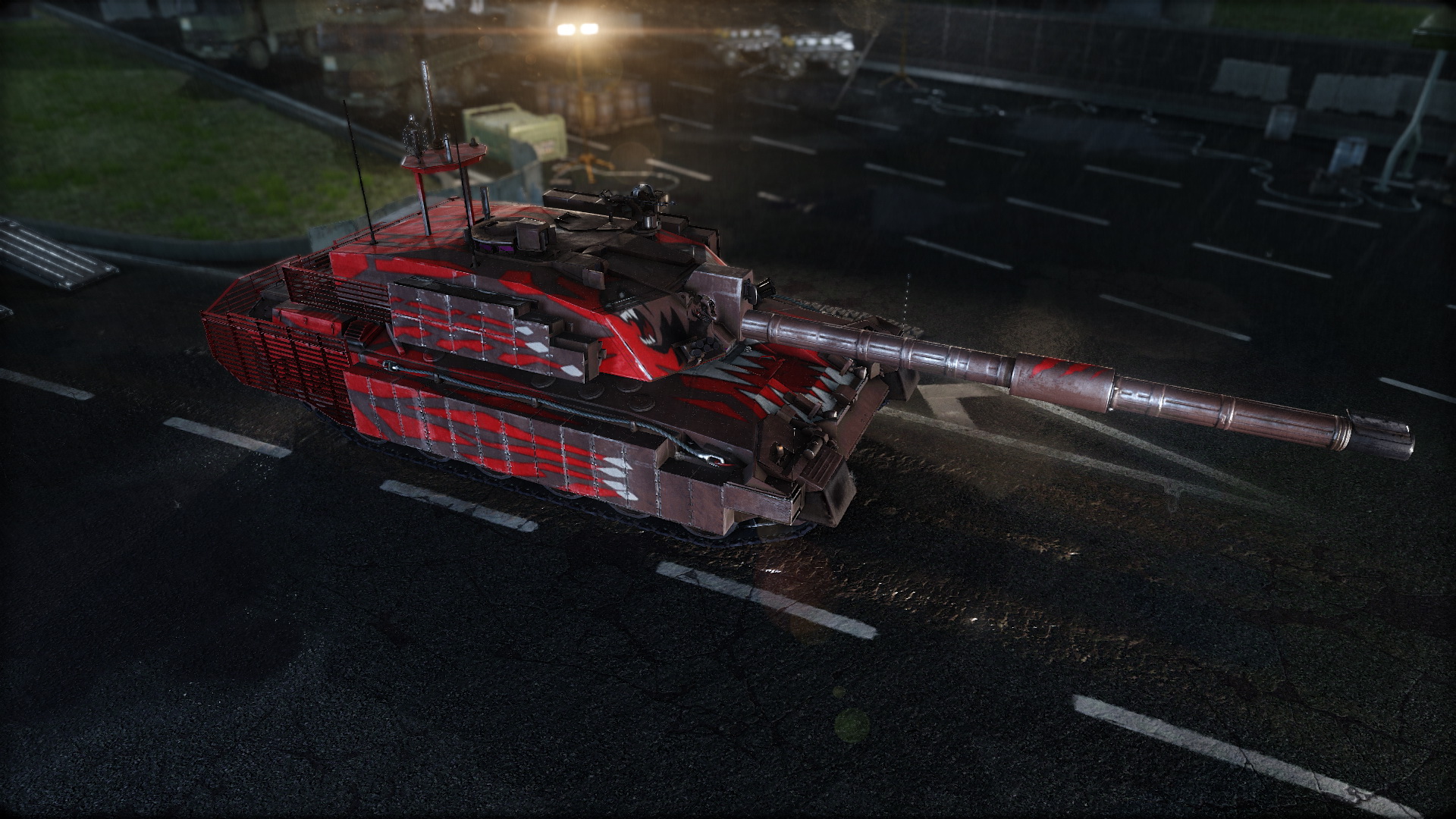 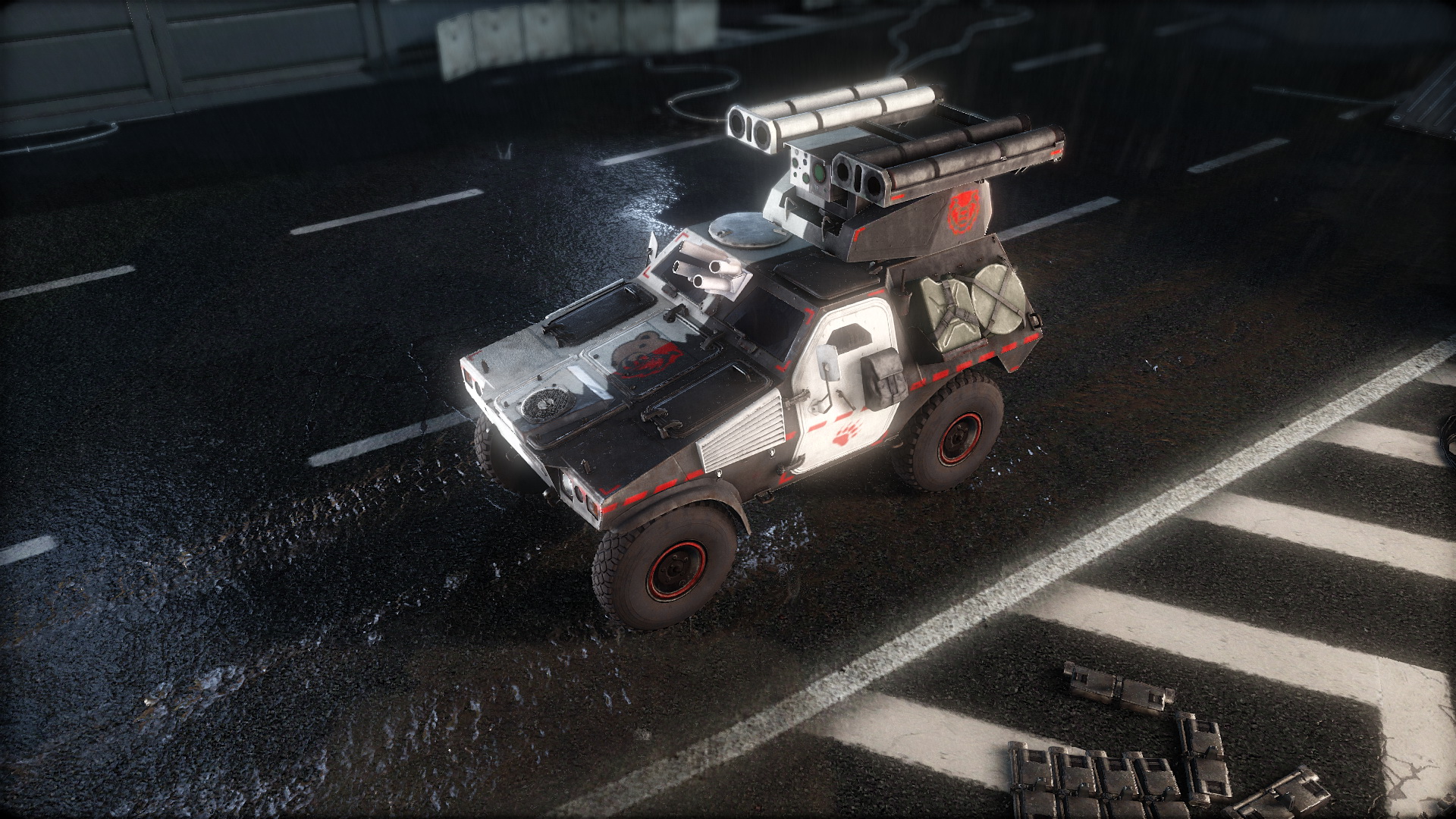 Other visual customization options that drop from this crate include: 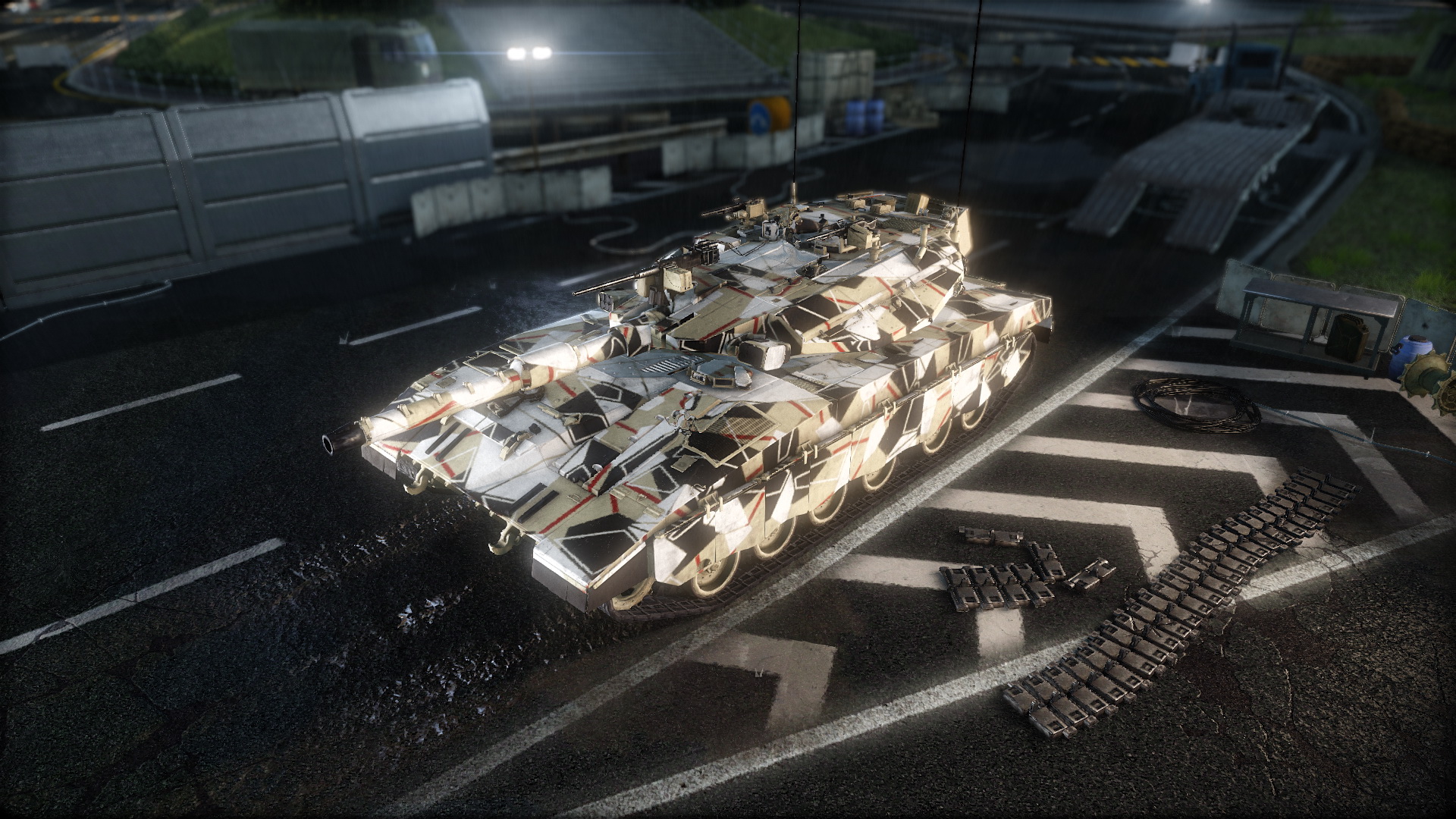 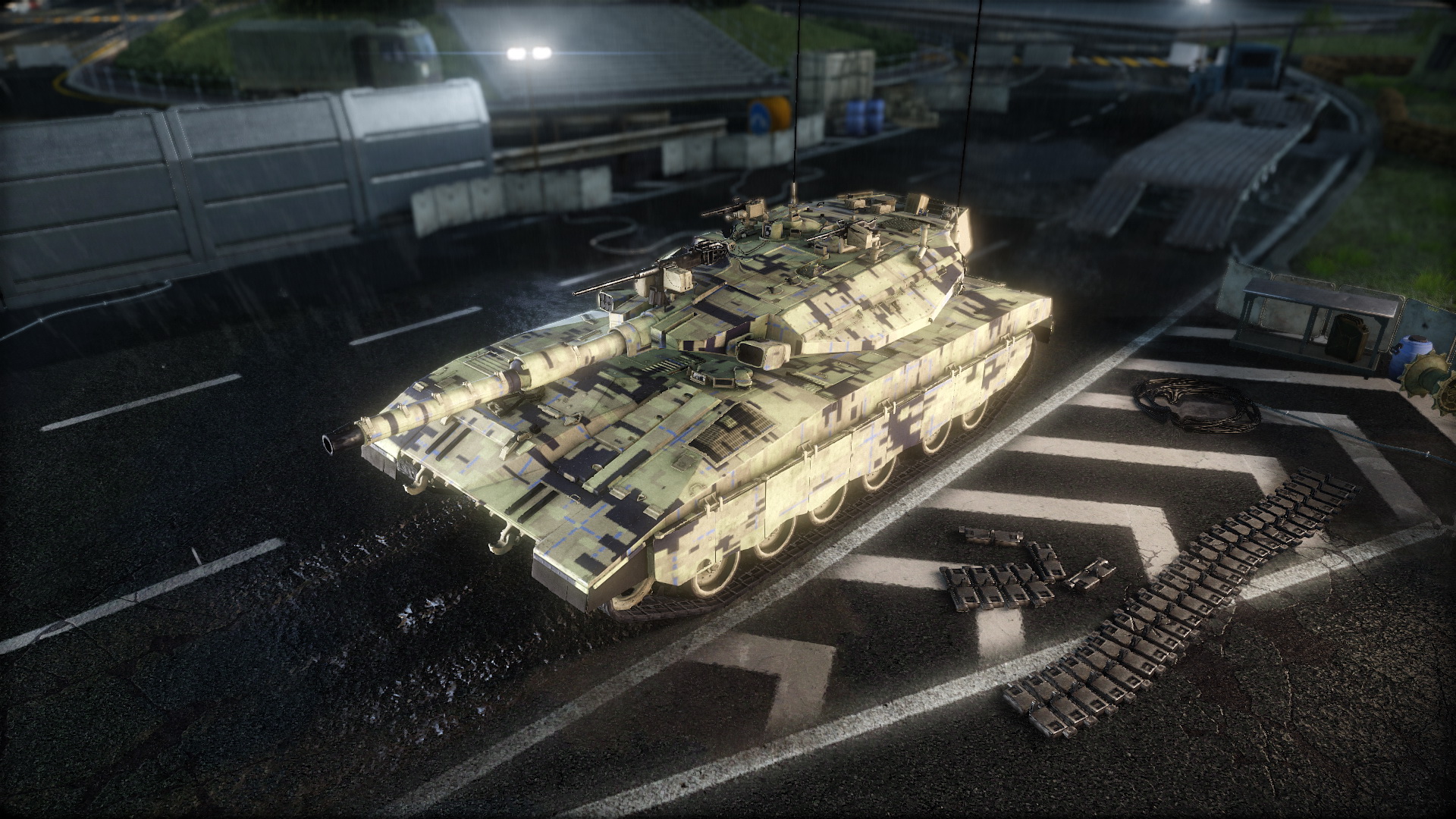 Please note that these items will appear in your inventory, Goods section (at the end).

And last but not least, there is a special achievement called Moscow Conquest for completing the Moscow Contract one, two, three or four times to obtain unique decals and, for the last stage, also a special player avatar.

The Weekly Events are now available during weekends. Currently, these consist of:

War Games Loot Crates always drop the following items (all of them for each crate):

The Weekly Events can be accessed in the HQ, PvE mode (a smaller button above the Moscow Calling Special Operation one). Keep an eye on which event is active for the weekend in order not to miss the opportunity to get your hands on War Games Loot Crates and other goodies!

This is, of course, not the full scale of available activities and items to unlock in the Moscow Calling season. The second half of the French vehicle branch is coming soon and, with it, interesting items such as:

We’ll talk more about those upon their introduction to the game.

Developer Update: Moscow Calling, Age of Rage, Leclerc and Beyond

Learn more about our plans for the summer of 2019