Welcome to another issue of the Mission Critical series, involving challenging and dangerous Armored Warfare missions, available in Player versus Environment mode! 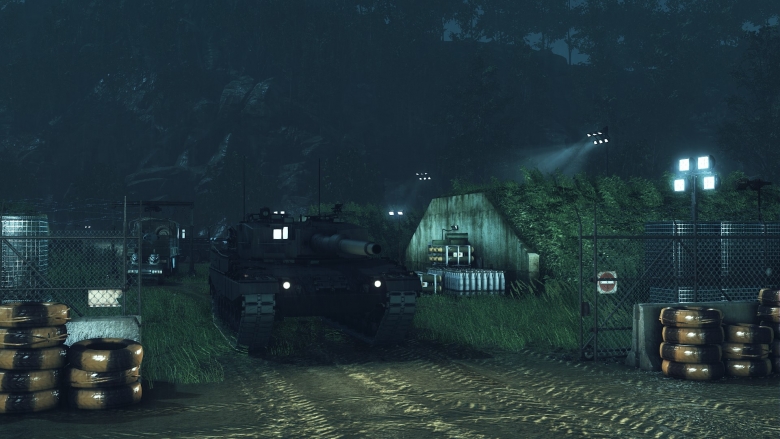 With its roots in the anti-consumerist and anti-capitalist movements of the early 2010s, PLM started small, but its message resonated across the globe; with economies crumbling and a growing number of poor and unemployed worldwide, the inequality between the impoverished and the elite would no longer stand. United under the same banner, PLM consists of combatants ready to fight what they perceive as the least just system in the history of mankind.

Read more about PLM in our dedicated article!

The PLM base is located in a canyon somewhere in Western Europe. Heavy rain and difficult terrain make most of the area inaccessible to armored vehicles. An old road runs through the center of the area used by the PLM forces attached to the base at its end. In the other direction it leads to a nearby town. The road is the primary access route for Black Company forces. Its sides are littered with old wrecks, boulders and other obstacles, which provide some cover for the attackers. Unfortunately, they offer the same advantage to defending vehicles. The sides of the canyon are accessible through several dirt roads that offer vantage points to players who prefer sniping from afar, but leave player vehicles open to counter-fire. These side-roads are also defended. 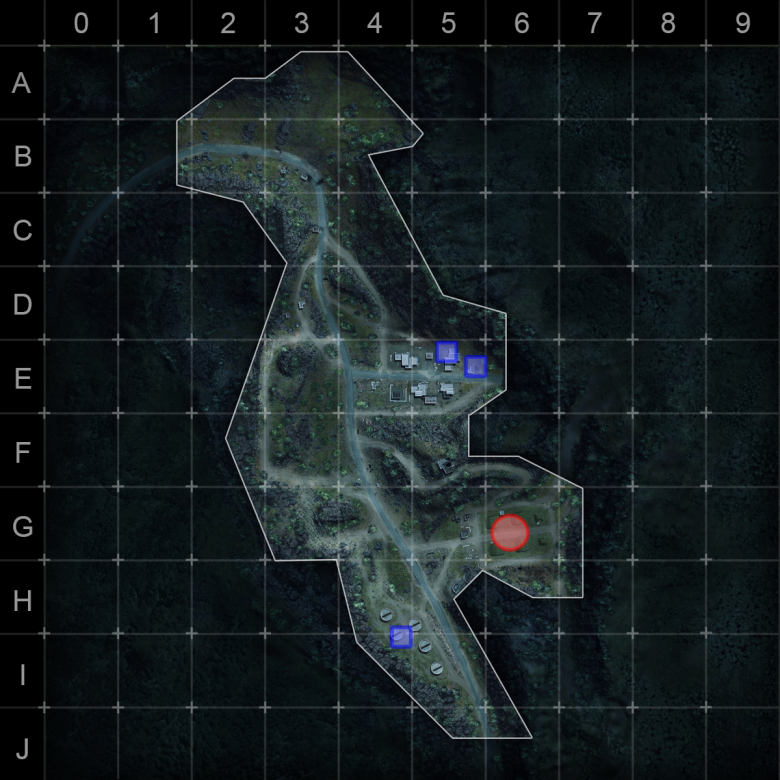 The center of the map is occupied by the PLM base that players are sent to fight through. Buildings and other objects make long-range fire difficult and players attempting to secure the base will be drawn into brutal close-range combat.

Black Company (a group of five player-controlled vehicles) starts on the northern edge of the map. The primary goal of this mission is to capture the PLM supply depot located south of the starting position. PLM forces have left to terrorize a nearby town, leaving the depot relatively lightly defended. The number and quality of the defenders depends heavily on mission difficulty. 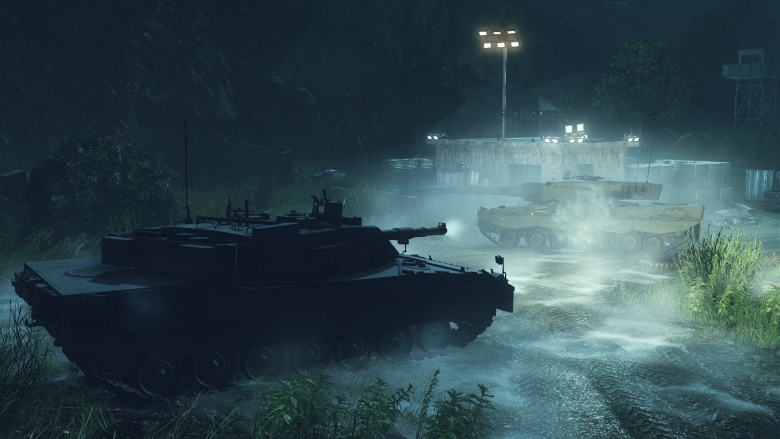 The mission begins with players advancing south along the main road. The first enemy patrol can be encountered at B4. It is an easy fight, but it alerts the PLM forces to player presence. Upon dispatching the patrol, players will have to defeat the bulk of enemy units hiding in the enemy base.

There are two tactical options available here. Heavier vehicles such as MBTs can drive straight to the base and knock out the opponents in close combat. Players must be wary though – on high difficulty levels the number and quality of enemies is considerable. Rushing towards the base is not advised, it is easy for a lone player to be overwhelmed by the sheer number of opponents and be destroyed. Even the heaviest MBTs need to advance towards the base carefully, picking off targets as they present themselves. Under no circumstances should lighter classes rush forward into the base without heavier classes in support. The risk of destruction during such a maneuver is extremely high. 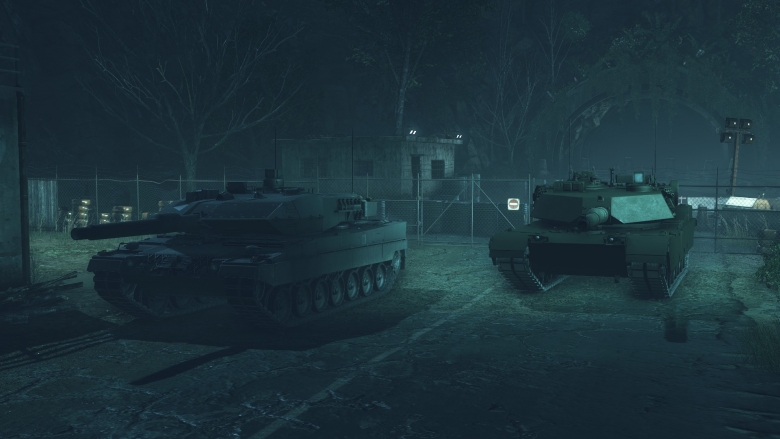 The second tactical option is to occupy the elevated road overseeing the base at E3. Players can take cover using natural obstacles, making it a potentially safer option. But, if the entire team takes this route, this approach can lead into a protracted firefight, potentially robbing players of the option to destroy secondary objectives.

Regardless of the tactics selected, it is highly advisable to destroy most of the enemy vehicles in the base before proceeding to the depot, as the depot defenders combined with reinforcements from the south and the base forces could possibly destroy any attempts to capture the depot. During the fight, the nearby town invaded by PLM forces is destroyed in a massive explosion, marking the arrival of reinforcements from the south.

Once the base is clear of enemies, players will proceed towards the PLM Depot at G5. The depot can be captured by positioning a vehicle in the depot capture circle. While the depot area itself is only lightly defended, please note that attempting to capture the depot will trigger a wave of reinforcements from the south. 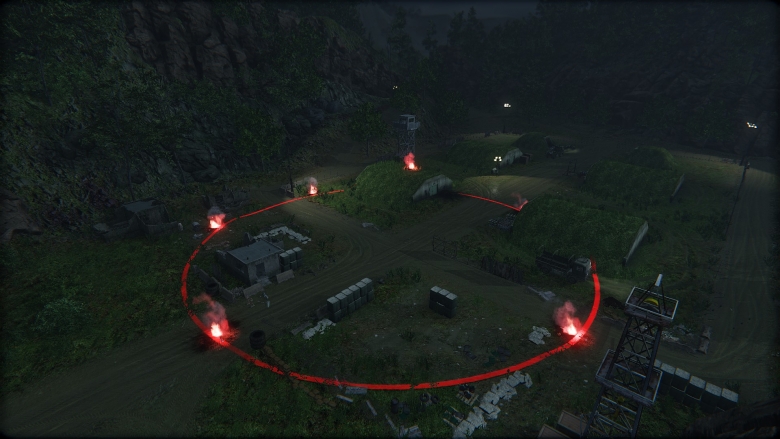 These reinforcements are quite numerous, but they do not all need to be destroyed for successful mission completion. It is enough to hold them off long enough for one member of the team to finish capturing the depot. However, not destroying them will make it difficult to complete the secondary objective.

Three trucks carrying PLM supplies are located at E5 (inside the base) and I4 (south from the depot). The first two trucks are easily accessible within the time limit, unless players opt to bypass the base completely. While the heavier classes engage the base defenders, lighter vehicles can sneak through and destroy both trucks at E5, thanks to the plentiful cover offered by the buildings and wrecks.

The I4 truck is a bit more difficult to reach, especially on Hard difficulty. By the time players reach it, the area will be swarming with reinforcements. The safest way is to defeat most of the enemy vehicles first, but doing that within the assigned time limit requires a degree of team coordination. Alternatively, a player vehicle can sneak through H4 and flank the opposing forces, but beware of running into the bulk of PLM units readying themselves to defeat those who decide to capture the depot instead of completing the secondary objective.

The mission outcome depends on capturing the depot on time.

The Snakebite mission is now available in Armored Warfare. We'll see you on the battlefield!