Menu
Play now
Whenever tank aces are mentioned, most of the names that come to mind are either Soviet or German. The reputation of certain WW2 German tank commanders has today reached nearly mythical levels with the infamous Waffen SS officer Michael Wittman and his Villers-Bocage rampage in first place. But even Wittman's exploits of that day pale in comparison with the heroic struggle of one of the best ever tank commanders, Lieutenant Zvika Greengold, a man of iron will who single handedly held off an entire Syrian brigade.

The Yom Kippur War (also known as the October War) was perhaps the deadliest conflict involving the state of Israel. By 1973, Israel already participated in three major conflicts and it had come out ahead every time, but the scale of the Yom Kippur assault was something entirely new. The backbone of the Arab forces consisted of Egyptian and Syrian troops and it was the Syrian armies that attacked the Golan Heights region from the north. 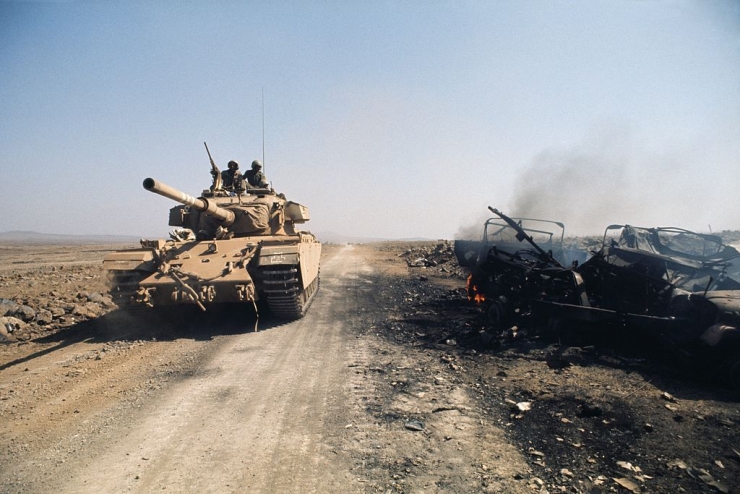 The Golan Heights (the northern part of Israel) had been captured by Israel six years earlier during the Six Day War in 1967 and one of the main Syrian goals was to capture the region back. Its importance was and still is mostly strategic – the mountains allow the forces that control the region to build excellent defensive positions and – even more important back then – to get within artillery range of some of the Israeli cities in the north. It was therefore vital for Israel not to allow this area to fall into enemy hands.

Defending the region was the Israeli 188th Armored Brigade (also known as the Barak (lightning) Brigade – an honorary name it received in 1956), consisting of roughly 60 Israeli Centurion and Isherman tanks (although this force was bolstered by the 7th Armored Brigade with 110 more tanks, increasing the count to approximately 170 tanks and 100 artillery pieces). 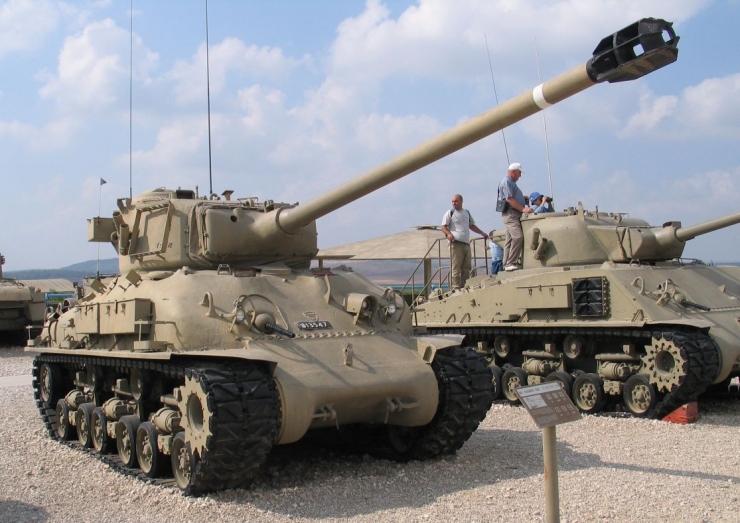 At 2PM on 6th of October, 1973, Syrian forces (consisting of 2 infantry divisions and 1 armored division with elements from another one) crossed the borders and began their assault on Israel. The Syrian forces consisted in total of roughly 1500 tanks and 1000 artillery pieces. The tanks were mostly older Soviet-supplied T-54s and T-55s but there were also many new T-62s. T-62s were superior to the older medium tanks in most ways and Israel considered them to be deadly opponents. Israeli Defense Force (IDF) tanks were already waiting for them in tactical defensive positions.

While the northern part of the attack was mostly repulsed, the southern units (two Syrian infantry divisions, each with a brigade of 200-250 tanks) managed to break through the Israeli lines and practically wipe out the 188th Armored Brigade. Its remnants fought desperately with a series of delaying actions to slow down the armored onslaught while Israeli reinforcements arrived from inland and were sent piecemeal into battle. 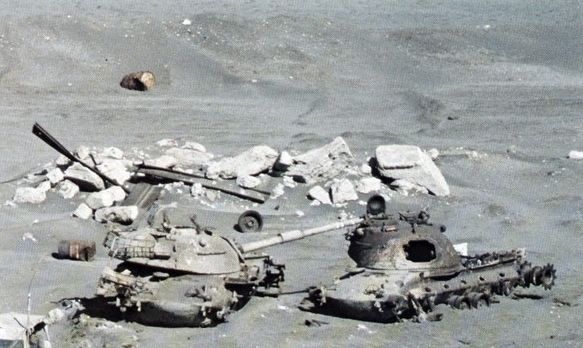 One of the soldiers sent to reinforce the beleaguered brigade was Lieutenant Zvi Greengold, who had been on leave at the time in his home town of Haifa. The Syrian assault took place during the Jewish Yom Kippur holiday and many soldiers were away from their units and were only just returning. At the headquarters in Nafakh, he was appointed commander of four battle-damaged Centurions that had just returned from the front lines. Claiming the ad-hoc radio call sign "Task Force Zvika", Greengold led the tanks and their crews into action. 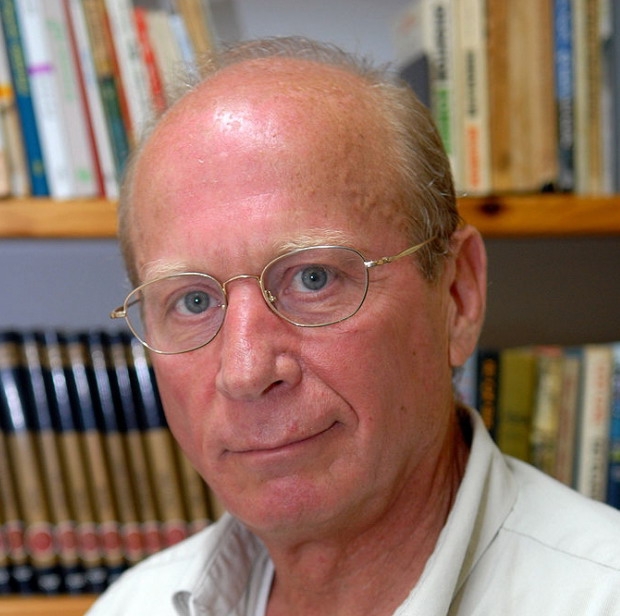 It took them several hours to move cautiously along the Tapline route that went parallel to the border. The situation of the Israeli forces was quite desperate – heavy and effective Syrian artillery fire was causing untold damage to the units and the local IDF was in disarray. Lieutenant Greengold hoped to link up with some of the units still fighting in the area and to provide fire support, but on October 6th, 1973 at around 9PM, his 4-tank tank force ran into a full company of Syrian tanks in column formation.

The Israelis – true to their training – immediately drove their tanks into hull-down positions and turned their 105mm guns towards the unsuspecting enemy. Suddenly, one Syrian T-55 appeared from the darkness ten meters from Greengold's tank. Zvika's gunner immediately fired and blasted the T-55 apart but the explosion knocked out the Centurion's radio circuit, effectively cutting Greengold off not only from other tanks but also from the rest of his crew. Zvi Greengold decided to get out of his tank and to make his way to the second Centurion next to him. He made its commander switch tanks with him and gave him the order to follow his lead and do exactly what he did. This unfortunately did not succeed – both tanks advanced together for a while, but without radio contact the second tank could not keep up and got lost in the cold desert night. Greengold's tank was left all alone.

Suddenly, Greengold ran into three more enemy tanks. They were behind Israeli lines now and were advancing quickly, not expecting serious resistance. They even had their lights on to drive faster, a mistake that would become their undoing. Three precise rounds from Greengold's gun quickly turned each enemy tank into a burning pile of scrap, bringing Greengold's tally to four.

Greengold swiftly changed his position along the road again and within minutes he and his crew destroyed three more enemy tanks. By that time he had realized that he was facing a major Syrian assault alone because IDF defenses were breached and the enemy was now attempting to cause havoc behind the lines with large armored units. Unfortunately, he could not really report his precarious situation to headquarters – it turned out that the Syrians (thanks to equipment and training provided by Russian "advisors") were experts in intercepting Israeli transmissions and (even worse) locating Israeli forces based on these interceptions, calling in precise and deadly artillery strikes. 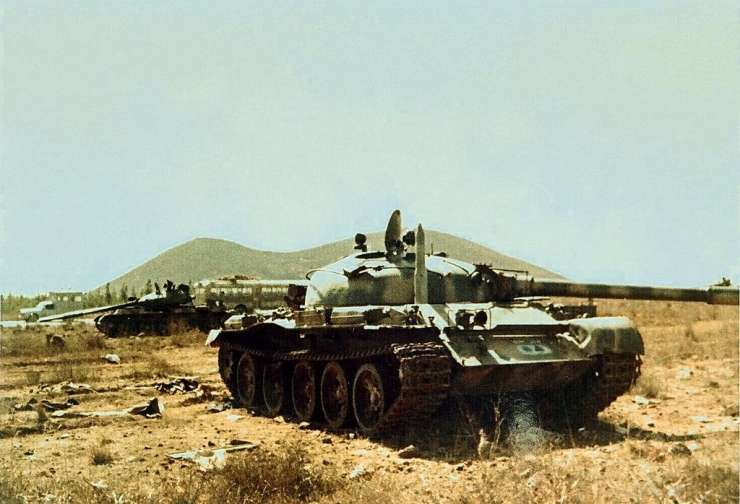 Thirty more minutes passed before the main body of the Syrian force appeared from the darkness. There were a large number of tanks and trucks with lights switched on as if on parade. It was the Syrian 452nd Tank Battalion under Major Ismail. Zvika Greengold waited until the first tank was around 20 meters from him before he opened fire, knocking it out and stopping the column.

What followed is the stuff of legends. For one hour, the lone Centurion rampaged around the immobilized Syrian force, firing from darkness with impunity. The Syrians were in complete disarray, desperately trying to get a fix on the steel monster in the night, even resorting to switching on the tank searchlights. This of course presented Zvika Greengold and his crew with even easier to hit targets and when the smoke cleared, no fewer than 10 Syrian armored vehicles had been knocked out by Zvika's accurate fire. Intercepted Syrian calls for help suggested the Syrians believed they were being attacked by an entire company of tanks, not realizing it was just one vehicle against them.

After this action, Zvika' s unit was ordered by Lieutenant-Colonel Uzi More and his reserve battalion to help relieve the brigade headquarters at Nafakh. His force consisted of Zvika's group of four and two reserve platoons of tanks, the last reserves available in the entire sector of the defense. It was around 2AM in the morning.

This turned out to be a disaster. In the darkness the entire unit ran straight into a large Syrian force of T-62 tanks that promptly set the first Centurion on fire. Greengold ordered one more tank to accompany him and tried to get to the burning tank to rescue and cover its crew but both tanks were hit in the process as well. Zvika and his crew had to bail out from the blazing Centurion and all of them suffered severe burns. Zvika himself was practically delirious. He somehow crawled to the nearest active Centurion, incoherently ordering its commander to leave and took command of the vehicle, announcing on the radio that he was still fighting. After that he nearly collapsed from his wounds and exhaustion. His face and hands were both severely burned and the pain started to overcome him. The calm, focused voice of his commanding officer on the radio, Colonel Ben-Shoham, however, brought him back to reality as he focused his anger towards the two approaching enemy tanks. Two shots – both kills, and then a slow retreat into the night. 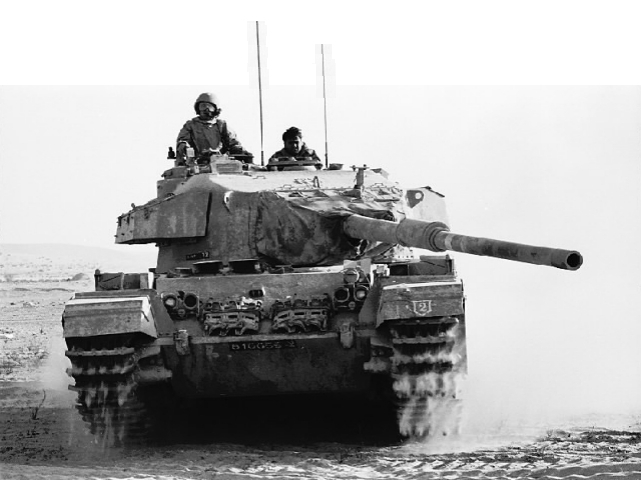 Despite the losses inflicted upon the enemy, the odds were still heavily stacked against the Israelis. Lieutenant-Colonel More lost an arm and an eye when his tank was hit by an RPG and one after another Israeli vehicles were succumbing to the superior numbers of the Syrian military. The entire Golan Heights region became a battleground with Israeli Centurions in some cases outnumbered 15 to 1. Throughout the night the battle raged on and sunrise caught the Israeli forces in an even more desperate position than they had been under the cover of darkness.

By now, however, more reinforcements were arriving from inland. Against the mighty Syrian thrust of 500 tanks that were deployed to exploit the breakthrough in the south, small groups of 3-4 tanks were deployed as soon as they arrived from reserve areas. Many heroic deeds took place on that fateful day – Major Lenschner's force of 14 Centurions, sent to stop the onslaught, encountered a Syrian armored avalanche and was wiped out to a man defending its position with the major's own tank exploding after being hit by a guided missile. The remnants of the unit were recovered after the war with a ring of burned out enemy tanks surrounding the heroic Israelis.

Not far from Lenschner' s last stand, two Israeli Centurions commanded by Lieutenant-Colonel Yisraeli and Ben-Shoham himself had knocked out no fewer than 20 enemy tanks. When Yisraeli' s tank ran out of ammunition, he ordered his driver to charge with machineguns blazing into the oncoming T-62 that would destroy Ben-Shoham's tank, ramming the enemy tank. His tank was torn to pieces during the charge and Yisraeli died in the wreckage. Ben-Shoham was killed in action not long after. Meanwhile, Zvika Greengold who linked up with the forces of the now late Yisraeli was fighting his own desperate battle nearby as the Syrian armored forces pushed towards the brigade HQ at Nafakh. 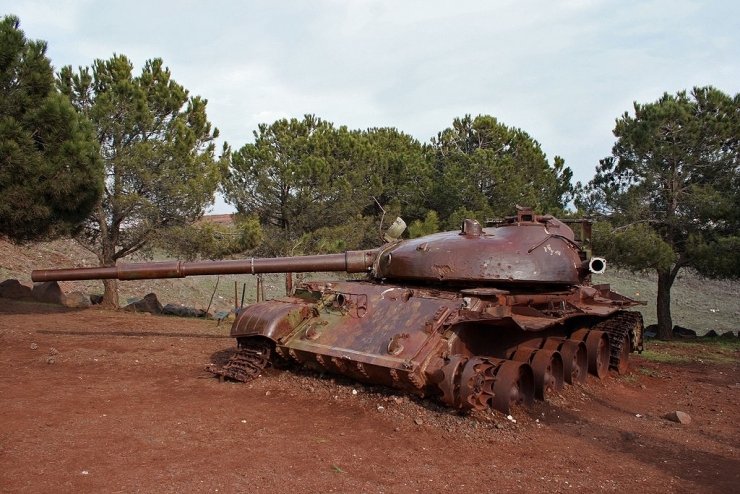 The Syrians almost succeeded. Two full Syrian tank companies arrived at Nafakh, overrunning its meager defenses and slaughtering Israeli infantrymen by the dozens. At this point even office clerks and secretaries were being issued weapons and the situation looked hopeless.

At the last moment, several Centurions, assembled from the remnants of previous battles – including Zvika Greengold' s tank – arrived on the scene and began to fire at the Syrians. One after another, Syrian tanks exploded until there were none left and the entire area was littered with burned-out husks of Russian-made vehicles. The battle was over.

By this point, Zvika had been fighting for over 24 hours straight and he and his crew were absolutely exhausted. With the danger momentarily over, Zvika Greengold slowly climbed out of his Centurion, mumbled "I cannot anymore" and collapsed – he was immediately taken into medical care.

It is not known exactly how many tanks Greengold destroyed during those 24 hours but the estimates range from 20 to 40. He was awarded with the highest Israeli military award, the Medal of Valor, for his actions. He survived the war and left the military in 1974 with the rank of Captain. He went on to pursue a political career and today at 63 years old he is mayor of the city of Oakum in Israel.

He is considered a national hero by Israel and a living legend.