When talking about Soviet soldiers in the Second World War, there is a general tendency to display them as either tragic figures during the phase when German forces were on the offensive or heroic larger-than-life victors in the second part of the war on their march to defeat the Nazi invaders. The truth, however, is far more prosaic – they were simply men, each of them with hopes, dreams and fears – and of course, a sense of humor. To illustrate this last part, take a look at an excerpt from a diary found in an abandoned T-37 amphibious light tank, discovered stuck in the mud. 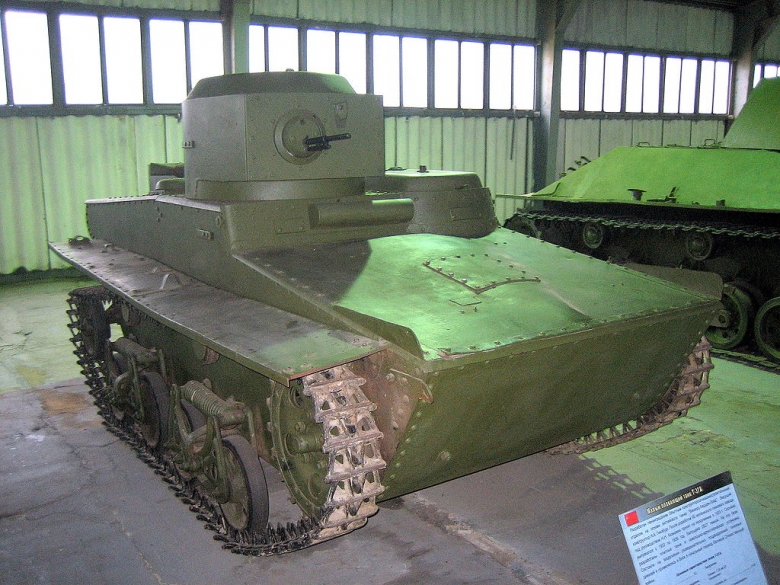 By 1942, T-37 light tanks were completely obsolete. Armed only with a machinegun and armor that could be defeated even by rifle fire, more often than not these vehicles represented death traps instead of a means to defeat an enemy on the battlefield. The attitude of their crews often reflected the tank’s qualities.

This morning our tank platoon set out to scout the area again. It stopped raining three days ago, so I hope we won’t spend the entire day pulling each other out of the mud like yesterday. I clutch the steering levers in my sweaty hands and pray for the commander in the first tank to pick the straightest route ahead. The steering is sometimes as moody as our cow, Byelka. But, unlike the tank, all you have to do is hit the cow with a stick and it starts behaving. I think the problem must lie with us, the drivers, because the tank designers from a factory that bears the name of one of Stalin’s revolutionary compatriots can’t be wrong, can they?

I see a group of men to the right and I close my hatch. I ask myself why am I bothering since the armor can only protect us against the sun and curious glances anyway. In return, I get this interesting view through the slit – sky, trees, grass, trees, sky, trees, grass. I can barely guess where I am actually going.

A small slope has me frantically shifting gears, the engine howls, trying to deal with the vehicle. The political commissar told us that this is the sound of the strong steel heart of our magnificent machines. Perhaps, he should have told that to the engine as well. The howl of the engine is interrupted by Vasya’s cursing. Judging by how he’s trying to dig his heels in, kicking the gear shift lever and my arm, I think he’s trying to aim the machinegun at the men near the forest. He’s a good lad from somewhere around the Don, but I don’t think he’ll manage to do that. I just hope that he doesn’t lose a couple of teeth and vomit on the control panel like last time. There are still a few remnants of wheat glued to the thermometer. 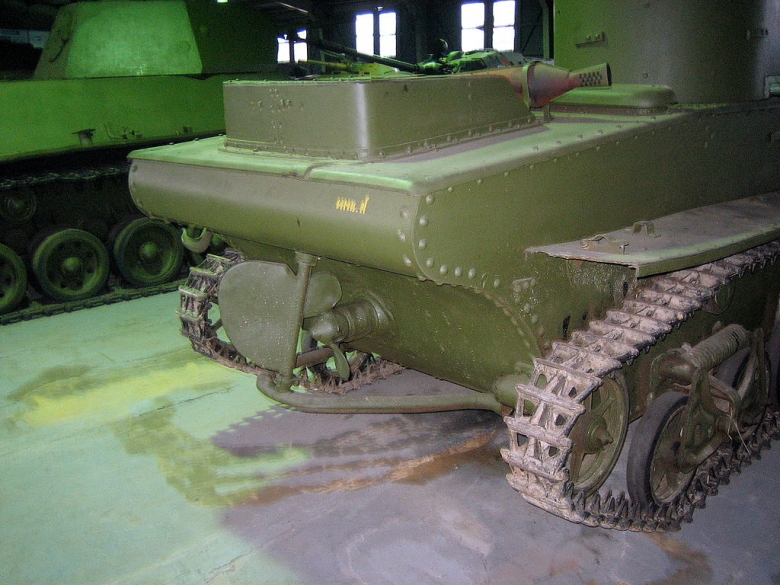 Suddenly, there’s a loud bang, the screeching of metal and I find myself staring at the sky. I think my mind drifted off for a while. I bet the frontal armor has a dent from my forehead. The engine stalled and I started to see stars, while still trying to get out of the vehicle. I really don’t know why we call the strange cap that makes you hot in summer and cold in winter an “anti-impact cowl”. Vasya got out as well and judging from his bloodied smile, his face was stopped by a DT machinegun magazine. He’s missing four teeth now; I wonder what his Valentina will say? So, our T-37 nicely rammed the rear of the tank in front of us.

The two tanks now look like mating turtles, like a picture we were shown in a magazine at school. Judging from the smoke and the stench, the steel heart of the tank in front of me has probably stopped beating. Looking at its crew, however, they look sort of relieved. We survived the incident with a few bent plates and the right drive sprocket fell off, so we are done for today as well. The other three tanks continue to move forward and I have the feeling their crews envy us.

The men near the forest have gone. Maybe they died from laughter. I am so looking forward to when they fix our tank in the repair shop and we will ride to battle once again...