The journey across Serbia into Bulgaria proved treacherous with signs of Hajduk internal strife and fragmentation more and more obvious as the Seahawks made their way across the war-torn country. Small groups of Hajduks harassed them until they reached Belgrade, where a commandeered cargo train took them further south, towards Niš, Pirot and, finally, Sofia and Istanbul.

Even from the train, further decay of the broken country was obvious. In the aftermath of the Clayburn and Lodestar intervention, wide swathes of the countryside were devastated by conflict with burned-out wrecks of military vehicles a common sight. Whole districts of cities were reduced to rubble under the merciless onslaught of all three sides with the fighting fiercest where brother fought brother in a cruel re-enactment of the Yugoslav civil war more than four decades earlier. 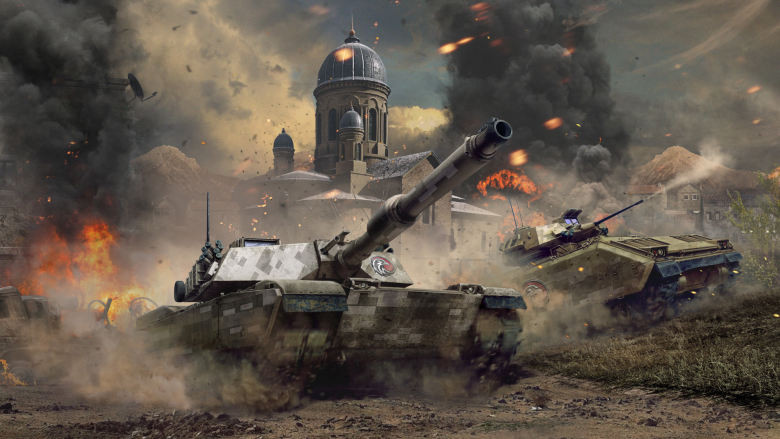 The Seahawks lost a several vehicles to skirmishes and ambushes and were only able to recover them shortly prior to their departure south, leaving them salvaged but unrepaired, a dead weight that some members of the group argued for leaving behind. Blackwood refused all such requests and the mechanics worked around the clock to keep them operational with what little they had. Despite the effort, two Abrams tanks had proved irrecoverable.

Occasional firefights erupted every few days between local militias and the Seahawks – luckily for them, various militia groups and warbands were interested in fighting each other as they were fighting the fleeing Seahawks and their willingness to engage the Seahawks in battle was lower with every passing day, Seahawk victory and escaped ambush.

The place was really clean for a bar, Seagrove thought, as he entered the establishment with Blackwood. The cozy wooden walls were decorated with old, faded photos of men in a motley collection of uniforms, long since dead. Blackwood caught him staring at the pictures.

Looking around the bar, Seagrove had to agree. He passed a couple of Bulgarian paramilitaries wearing Tihina colors and sat with Blackwood down at an ancient-looking plain wooden table, a network of scars and etches on its surface reflecting the place’s colorful history. The man across the table didn’t even look up, fully focused on peeling the red apple with his old pocket knife. His nondescript military uniform, albeit patched on several places, was kept meticulously clean, the sidearm lying on the table in front of him well-oiled and ready to use. His stern face did not express any emotions.

The man continued to ignore him, his focus solely on the piece of fruit in his hand, as if it was the most important thing in the entire universe. After a brief pause, Blackwood continued.

The man carefully slicked a piece of his now fully peeled apple and started chewing on it, finally looking Blackwood in the eyes.

“And just what do you need me and Finist for?”

“We heard that you are the man to talk to when it comes to business in Istanbul. And that you hate Clayburn.”

“Come in the evening. We will discuss details.”

Blackwood nodded, ready to leave, but Seagrove frowned, unimpressed by what he perceived as aloof behavior.

“I have to ask. Why Finist? Why name a tank after a fairy tale? Isn’t that a bit childish?”

“You are young. Let me give you a piece of advice. For free. Never mock anyone’s culture. It is the key to every man’s...” he struggled for a short while to find the right expression. “True self.”

As Episode 1 of the Storyline Campaign reaches its half, our heroes find themselves in Dimitrovgrad to rest and refuel. We’d like to use this opportunity to give you an update on the Storyline campaign progress.

More about the upcoming Decision System, Campaign Points and their interaction will be unveiled soon.

Learn more about the first episode of the Storyline Campaign

Learn more about this independent bonus objective for the ongoing Storyline Campaign and win a new Commander!