A guest article by one of our esteemed community contributors, Life_in_Black

The Israeli armed forces are, without any doubt, one of the best in the world and have been for quite some time. Multiple victorious wars, sometimes against incredible odds, have, however, spawned a number of myths and legends surrounding Israeli crews and vehicles. Most concern general Israeli vehicle designation, others performance. Here is part one. 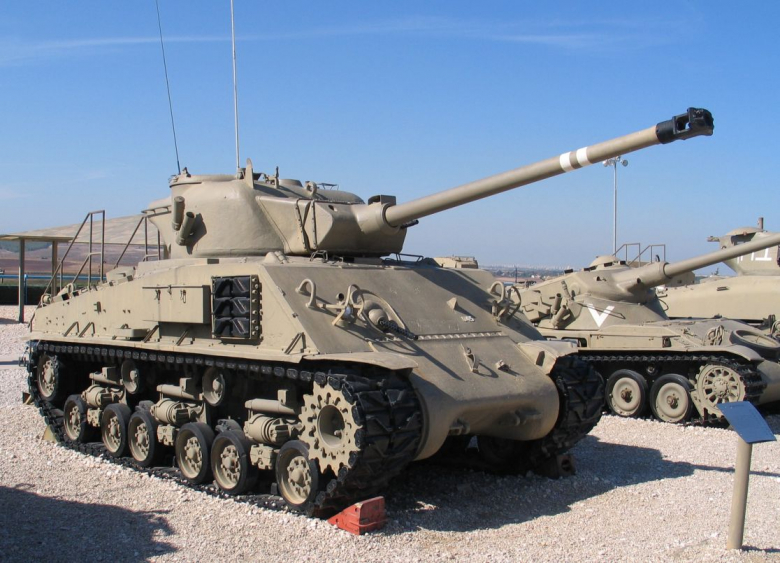 Myth 2: The M-51 was named Isherman, short for Israeli Sherman.

Like the name Super Sherman, the M-51 was never called Isherman. It was only known as M-51 by the Israelis. Isherman sounds like something Apple would come up with if it was overhauling Shermans, "Coming to a military garage near you, the iSherman!"

I suspect that Isherman is another invention by some modeling company because calling both the M-50 and M-51 Super Sherman got too confusing when trying to keep track of inventory.

While the M4A1 chassis was the predominant chassis used for the M-51s (chosen because of its bigger internal volume compared to other variants), it was not the only hull used. A small number of M-51s used the welded M4A3 chassis instead, although nobody seems to know if this was because of a shortage of M4A1 hulls or if M4A3 hulls were chosen as they were immediately available after the original hulls got damaged somehow. 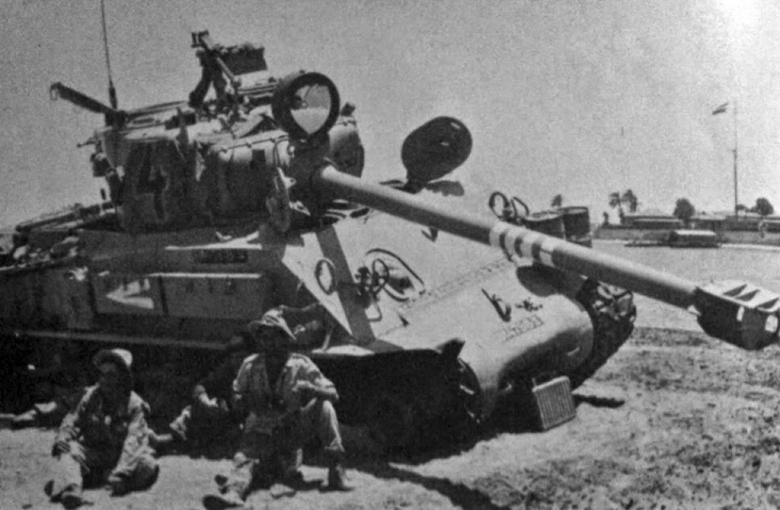 I've combined both of these into one myth since they're intertwined. Almost every single source out there claims the M-51's 105mm cannon was the D-1504, which was L/44 (meaning 44 x 105mm in length), however, this is not accurate at all. Part of the blame stems from the fact that the French have several different 105mm cannons from within a few years of each other and on top of that they have multiple names for each of those cannons. 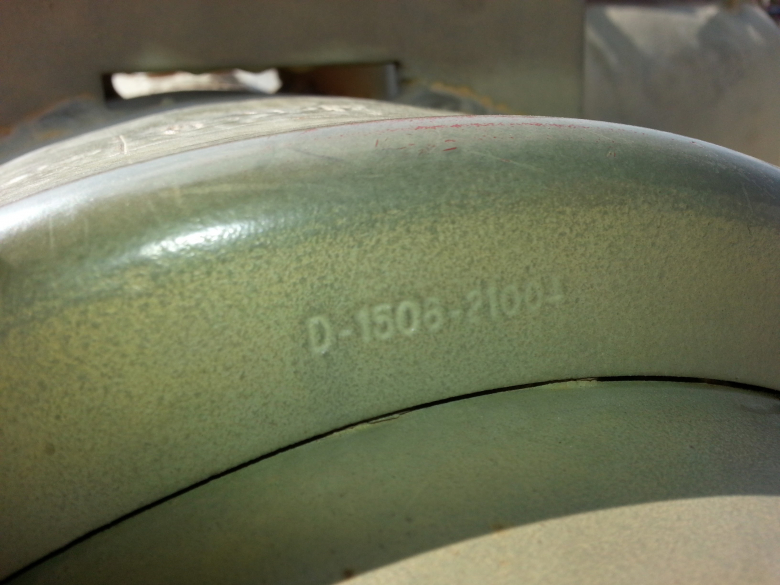 For completeness sake, the D-1504 had a muzzle velocity of 800 m/s. All three 105mm cannons, however, fired the same ammunition.

This is another one that gets brought up from time to time especially in regards to how good Israeli equipment and tankers are. I've seen people mention that the M-51 took out T-62s at 1500 to 2000m and while this sounds incredible and Israeli armored forces did in fact emphasize long range shooting and marksmanship, it simply didn't happen.

Yes, I'm sure the 105mm D-1508's HEAT ammunition could in fact penetrate the T-62, but not at extreme ranges. This is evident from the fact that Israel developed the 60mm HVMS, which is capable of taking out a T-62 at 2500m.

This is one that even I have been guilty of using in the past, as there really isn't any way to differentiate between a modified M-50 for Chile and a normal one. But neither Chile nor Israel have ever called these modified vehicles M-60, they kept the M-50 designation throughout their entire career.

This is a commonly held belief due to the number of pictures of Israeli Shermans with the bow machine guns removed. While I don't doubt that Shermans were operated with only four crew members instead of five due to shortages/losses/other circumstances, the Shermans were still supposed to have five-man crews.

There is evidence to support this as well. The IDF food ration, Manot Krav (Battle Food) was formed around the tank crews and contained enough meals for five men, the crew of the Sherman tank. This was later changed to four men after the Sherman was no longer in service since all other Israeli tanks used four-man crews.

Another myth I've seen crop up quite a lot is the claim that captured Egyptian IS-3s had their worn out engines replaced with engines from captured T-54s. This sounds like a valid thing to do, replace existing broken engines with engines you happen to have on hand. But there are several issues with this.

The first and probably biggest issue is that the captured IS-3s were IS-3Ms and as part of the overhaul to bring them up to "M" standard they had their original engines replaced with a variant of the T-54's engine.

When the Israelis captured these IS-3Ms, they were already using variants of the T-54's 520 horsepower V-54 diesel engine. Did the Israelis simply replace damaged IS-3M engines with the exact same engines taken from T-54s? Almost certainly. But given the IS-3Ms were already using more or less that same engine in the first place, this shouldn't be brought up as some sort of ingenious or unique modification on Israel's part.

And there are other considerations at work too. For one, the IS-3Ms were only used by Israel as static, indirect-fire artillery in the Sinai region and were used in this way for several years. As such, they had their engines removed entirely to enable the engine deck to carry more ammunition since the tank wasn't moving at all.

Plus, if Israel was going to enter the IS-3M into service as a regular tank for the Israeli Armored Corps (even though it was only captured in small numbers), it would have made far more sense to use a much more powerful engine, like say the 810hp AV-1790 engines from the numerous M47 Pattons captured from Jordan and never entered into service. Israel wasn't afraid to make new engine decks for other tanks and this case would have been no different.

I suspect that this one, much like other made up names for Israeli vehicles, was also invented by a modeling company. Let's break the name Ti-67 down. Ti is short for Tiran, the Israeli name for the Soviet T-54, T-55 and T-62. The number 67 refers to 1967, the year the T-54 and T-55 were first captured by Israel and entered service.

What this means is that the Ti-67 designation merely refers to Tiran tanks and the year they were originally captured, nothing more. It does not stand for modified T-54s and T-55s, nor does Ti-67 refer to the Samovar project, which was something else entirely.

I've seen people use Tiran 1, Tiran 2 and Tiran 3 a lot, and even Wikipedia uses these terms to refer to unmodified T-54/55/62s in Israeli service. However, these names are bogus and completely fictional. Let's look at it from a historical perspective. The Israelis captured the T-54 and T-55 in 1967. In Israeli service, these became known as the Tiran 4 and Tiran 5.

Now, if unmodified versions were called Tiran 1 and Tiran 2, Israel would have had to not only know about the T-62 (it is technically possible they knew it existed), but would also have had to predict they would capture and use the T-62 as well sometime in the near future, otherwise they got pretty damn lucky by skipping the number 3 and going right to 4. Not even Uri Geller could have done that.

In fact, Nazi Germany didn't predict future captured vehicles either, which is evident when you look at the Kennblatter Fremdengerät (German designation list) for Soviet tanks.

Something else to consider is that Israel did not give entirely new names to different marks of tanks. A case in point is the M-50. Its name referred only to the gun and it didn't matter what Sherman chassis was used (all Sherman chassis were used for the M-50), nor did it matter if the M-50 used the gasoline Continental R-975 radial engine or the diesel Cummins VT8-460 engine, or even if it used the VVSS or HVSS suspension, it was still called an M-50.

If unmodified T-54s and T-55s were known as Tiran 1s and Tiran 2s, they would always be called that and would not be given new names after being modified only slightly. To conclude this myth, the only differentiation the Israelis made with the Tiran 4 and 5, was if they were given the 105mm L7/M68, which became the Tiran 4Sh and Tiran 5Sh, respectively.

Otherwise, no matter what modifications were made, or even if they had no modifications, the T-54, T-55, and T-62 were only known as Tiran 4, Tiran 5 and Tiran 6, respectively.