From the 1970s to the 1990s, the standard light tank of the U.S. Army was the M551 Sheridan. Although it performed reasonably well in the conflicts it took part in, the Sheridan was not the most successful American vehicle ever developed. Its protection level was very poor, and it suffered mechanical issues early on. It therefore comes as no surprise that, starting in the late 1970s, the U.S. military was actively looking to purchase another such light vehicle to replace the rapidly aging Sheridan. This was especially true for the U.S. Airborne forces (82nd Airborne Division), which was in need of light, mobile and air-transportable firepower. Throughout the 1980s a number of light tank prototypes appeared as parts of the Armored Gun System program but none have been as successful as the XM8.

The XM8 was designed by FMC (or, more specifically, its subsidiary United Defense) as part of the abovementioned Armored Gun System program to replace the M551. The main goal of the project was to provide the U.S. Army with a vehicle with sufficient firepower and the ability to withstand artillery shrapnel impacts and infantry-operated anti-tank weapon fire. Arguably the most important feature, however, was the ability to deploy such a vehicle by the means of low-velocity airdrop from a C-130 or a C-17 in order for the vehicle to be attached to the 82nd Airborne. 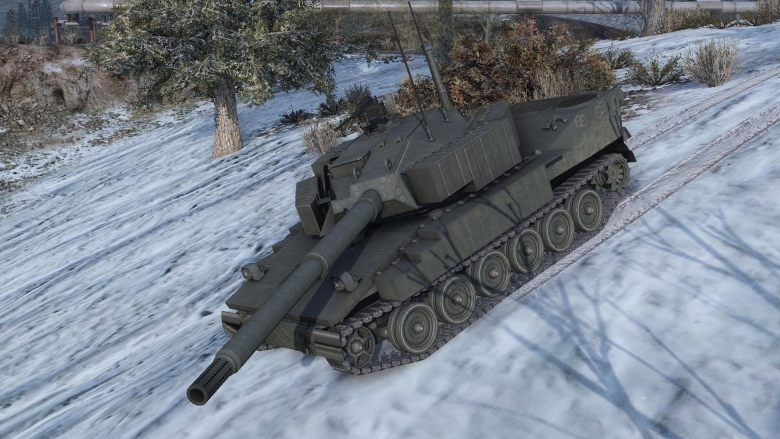 To make the vehicle suitable for multiple types of operations, the XM8 could be configured with three possible armor options that influence the vehicle’s weight but increase the protection.

Level 1 – offers basic protection against small arms and shell fragments. The hull itself is made of aluminum with a Kevlar liner with certain parts of the hull and turret (side, rear) having a ceramic inlay, forming a composite armor layer resistant to some types of HEAT projectiles. This basic configuration was intended for low intensity conflicts and its airdrop weight was 35500 lbs. (16102 kg), while the combat weight was 39800 lbs. (18053 kg). In its level 1 configuration, the XM8 was air-droppable from either the C-130 or the C-17. Alternatively, the C-17 could carry three of these vehicles if airdrop was not required.

Level 2 – this alternative armor kit provides extra protection against artillery and infantry threats. The aluminum-Kevlar frontal armor is reinforced by titanium inlays while the sides and the rear of the vehicle are covered by an additional layer of aluminum spaced armor. So equipped, the vehicle hits 44000 lbs. dry weight (19958 kg) and 46300 lbs. combat weight (21001 kg). The important thing to note is that the level 2 armor kit XM8 cannot be airdropped anymore from the C-130, it can however be carried by one and it can be airdropped from the C-17.

Level 3 – this is the highest level of protection the XM8 can achieve and consists of the level 2 armor with additional passive tiles attached to the vehicle upper frontal plate and upper sides, significantly increasing the protection against infantry-held HEAT-based weapons. Level 3 increases only the protection for the hull. The turret uses the same kit as the Level 2 variant. This version – when transported – weighs 49500 lbs. (22453 kg), making it too heavy for the C-130 to even carry. It can still however be air-dropped from a C-17. The combat weight of this variant is 51000 lbs. (23133 kg).

It is worth noting that the C-5 Galaxy could carry 5 vehicles of any variant.

The vehicle was armed with an experimental, automatically loading Watervliet XM35 105mm low recoil gun in its FMC-developed turret. The gun could fire 12 rounds per minute and had 21 ready rounds available with 9 to 24 more stowed within the vehicle. The gun could elevate to +20 degrees and depress to -10 degrees. The secondary weapon was the 7.62mm M240 machinegun, and the vehicle could also be armed with a commander’s .50cal HMG or a grenade launcher. The crew complement was three men (the commander, gunner, and driver). The gunner was sitting on the right side of the gun (the left side was filled by the FMC-designed autoloader mechanism), the commander sat behind him and the driver’s place was in the hull itself.

The vehicle was generally well-designed but military budget cuts of the 1990’s proved to be its undoing. The vehicle contract was initially assigned to FMC and six prototypes were built and tested. All of them reportedly still exist in various states of disrepair. In September of 1993, FMC presented the vehicle to the military and there were plans to produce 297 vehicles from 1997 onwards, but the project was ultimately cancelled in 1996. FMC allegedly tried to find customers abroad, but failed to do so. The 3rd Battalion, 73rd Regiment – one of the units to be equipped with M8s – continued to use their Sheridan tanks until it was disbanded in 1997. The other unit – the 2nd Armored Cavalry Regiment – was instead armed with M1128 Stryker fire support vehicles.

In recent years, the United States Army began to consider reviving the XM8 program as an affordable, mobile, and air-transportable fire support vehicle. Whether the XM8 will be revived or not remains to be seen, but we might not have seen the last of this light tank.

In Armored Warfare, the XM8 is a tier 8 light tank in Marat Shishkin’s light tank branch. It is very maneuverable and fast and can reach its historical speed of 72 km/h thanks to its two powerful engine modules. These two modules actually represent one engine running on two different fuels – diesel and JP-8 (military jet fuel) with the diesel version actually providing more horsepower, allowing the vehicle to accelerate faster (0 to 32 km/h in 2.9 seconds).

Much like its real life counterpart, the in-game XM8 armor can be customized, although in this case the Level 2 and Level 3 kits represent clear armor upgrades. The vehicle starts with a rather thin aluminum skin (36mm front, 27-32mm sides and 18-23mm rear) that can be upgraded to Level 2 and Level 3 composite armor kits with each upgrade adding roughly 20-40mm of extra protection. The ultimate version of the XM8 can withstand impacts from some anti-tank guided missiles and HEAT shells thanks to the spaced armor layers and the composite armor properties.

The 105mm gun can fire very powerful APFSDS rounds (458mm, 468mm and 490mm penetration, 470-504 damage), HEAT rounds (401mm and 410mm penetration with 588-616 damage) and HEP rounds. The vehicle can also be equipped with a smoke grenade launcher and a Thermal Sight module, allowing the players to better spot enemies hiding behind bushes. Universal, Mobility and Armor retrofit slots are available to the XM8 as well. 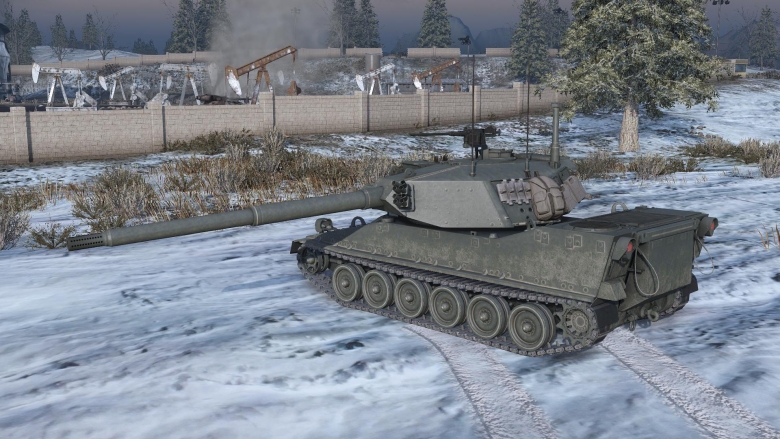 Overall the XM8 is a very fast and powerful light tank, capable of outrunning and outflanking practically any opponent in the game. In the future, it will be followed by its more powerful 120mm-equipped version, the tier 9 M8 Thunderbolt light tank.