Obsidian Entertainment and My.com are proud to introduce the newest addition to Armored Warfare, Update 0.95 which you will have the possibility to try out soon. Unlike the previous major updates, Update 0.95 does not bring major new features to the game - instead, it focuses on correcting some of the important issues based on community feedback and on the improvement of the progression system by increasing the reputation and credit rewards for both PvP and PvE battles. 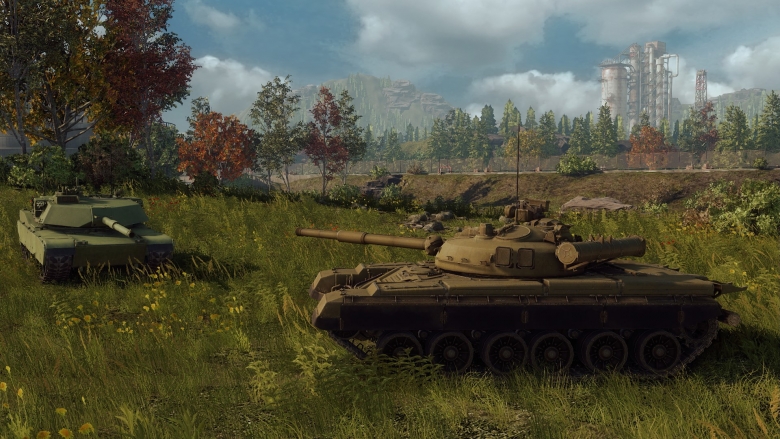 In Update 0.9, certain PvE missions (Harbinger, Ghost Hunter, Life Jacket, Hydra, Scorpio, Sapphire, Cavalry, and Starry Night) were removed from the PvE mission pool in order to introduce performance and balance changes to them to improve the player experience. In Update 0.95, the majority of these PvE missions will return to the game (with the exception of Starry Night) after series of rebalances, bringing the total number of PvE missions available to 24.

Please note: Other changes such as the corrections to game visual and armor models for certain tanks or rebalances (for example Leopard, Challenger, Chieftain, T-72, T-72A and a few more) will come in one of the upcoming patches.

Based on player feedback and our own internal data, we've made several improvements to the overall progression speed in Armored Warfare. These changes are most significant at high tiers, but the Reputation increases will affect all tiers of play. One of the main changes is increasing the basic Reputation value for playing PvE matches. This should vastly improve the rewards from lower performance matches, while offering a smaller (but still noticeable) benefit to matches that were already providing great rewards.

Since PvE does not benefit from the repair cost and ammo cost changes, we are giving PvE a significant overall boost to credit income. We are also globally increasing PvE reputation gains.

To improve the overall value of our Premium Vehicles, we've added a number of new bonuses.

Taifun - to better reflect the Taifun's unique low profile and help compensate for its turretless configuration, we've given it a significant buff to its camo factor. We feel this will help it have a unique role without being overwhelmingly powerful

RDF-LT - we've completed a balance pass on the RDF-LT and found it to be somewhat behind the curve compared to other equal tier LTs. To help emphasize its niche further, we've increased the RDF-LT's already excellent rate of fire, slightly decreased its damage per shell, and improved its penetration to make it more capable of damaging MBT weak points at the same tier

Early Access 3 will be extended after a major update and for the first time the players will be able to test Early Access vehicles as well!

On Thursday, 27th of August, 2015, the Early Access server will be shut down for maintenance to introduce Patch 0.7.1342