We are happy to announce Update 0.24 “Caribbean Crisis – Part II”, bringing a number of progression vehicles to the game along with a new dealer!

The main features of Update 0.24 “Caribbean Crisis – Part II” include:

In this update, we’re introducing a new dealer called Oscar Faraday. Born in Warwick, Great Britain, Oscar Faraday is the epitome of a British gentleman. But don’t let his smooth look and calm demeanor fool you – he’s one of the most dangerous people on the planet. Trained by the famous British MI5 secret service, he learned to appreciate finesse, preferring stealth over brute force during his decades-long career as His Majesty’s cold-hearted killer. 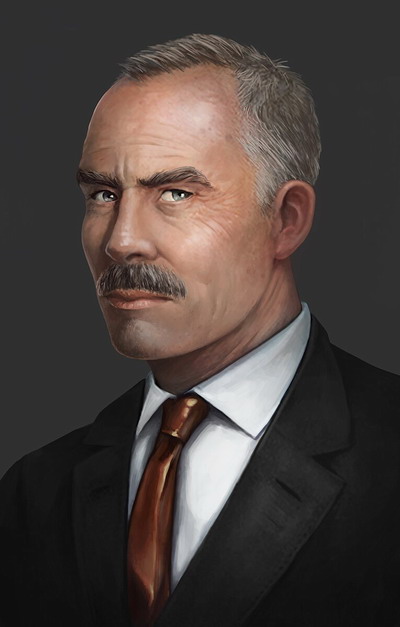 His choice of vehicles reflects his nature – he offers machines capable taking out targets quickly but, most importantly, silently. Many of his machines also have unique features, described in existing or upcoming detailed articles.

Another Tier 10 Tank Destroyer, the Kornet EM, will appear in one of the 0.24 updates, coming in the near future! 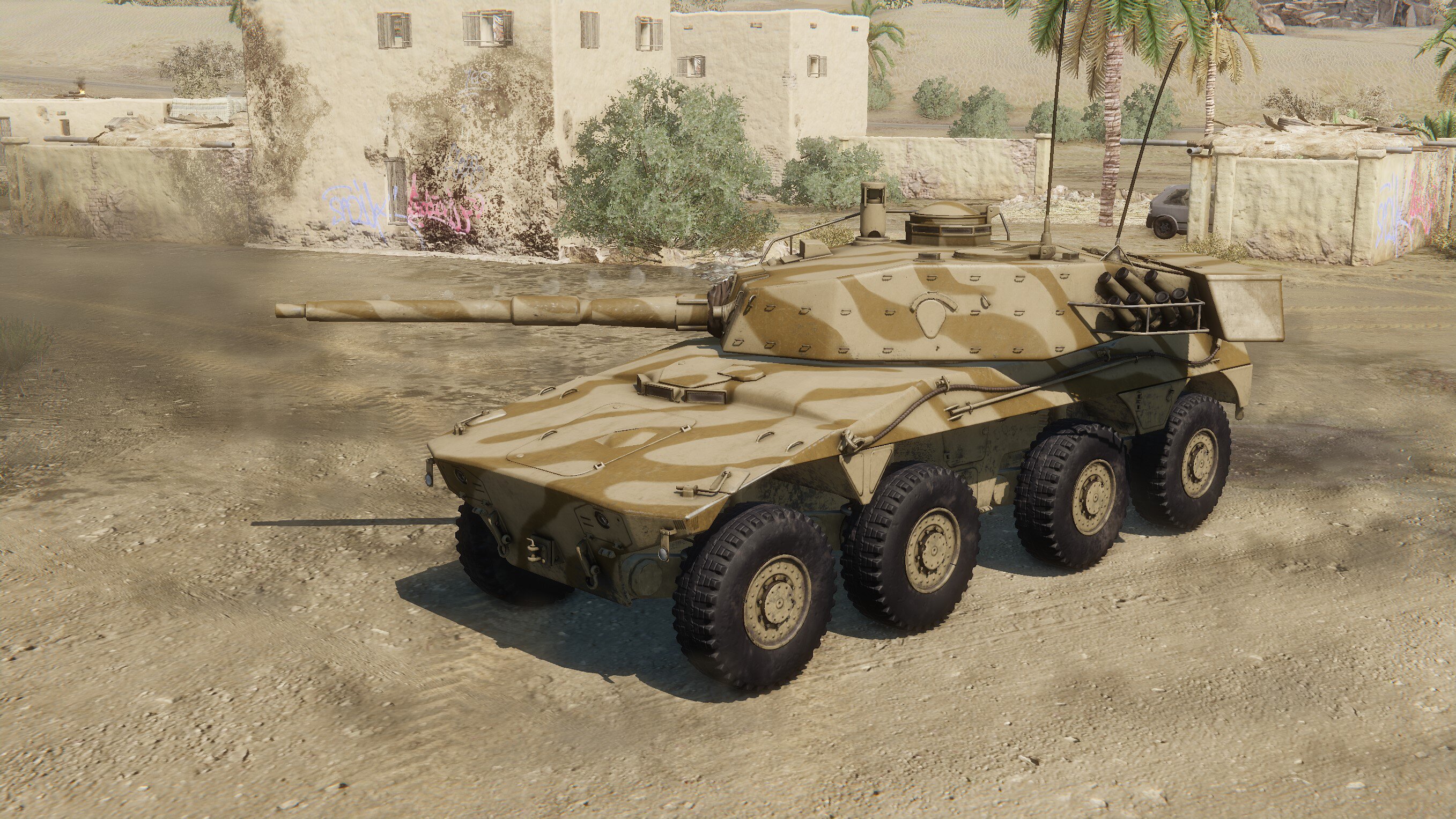 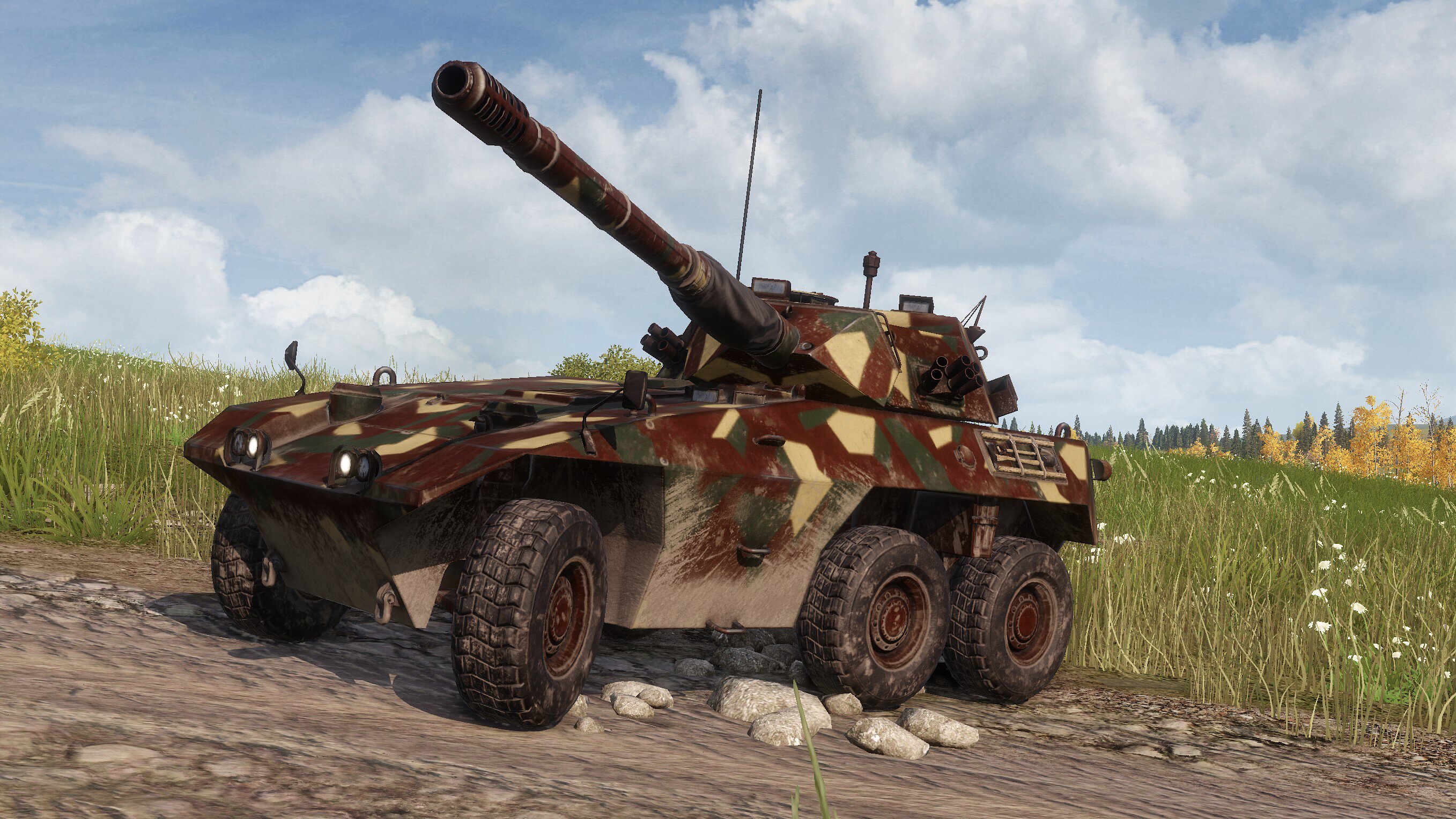 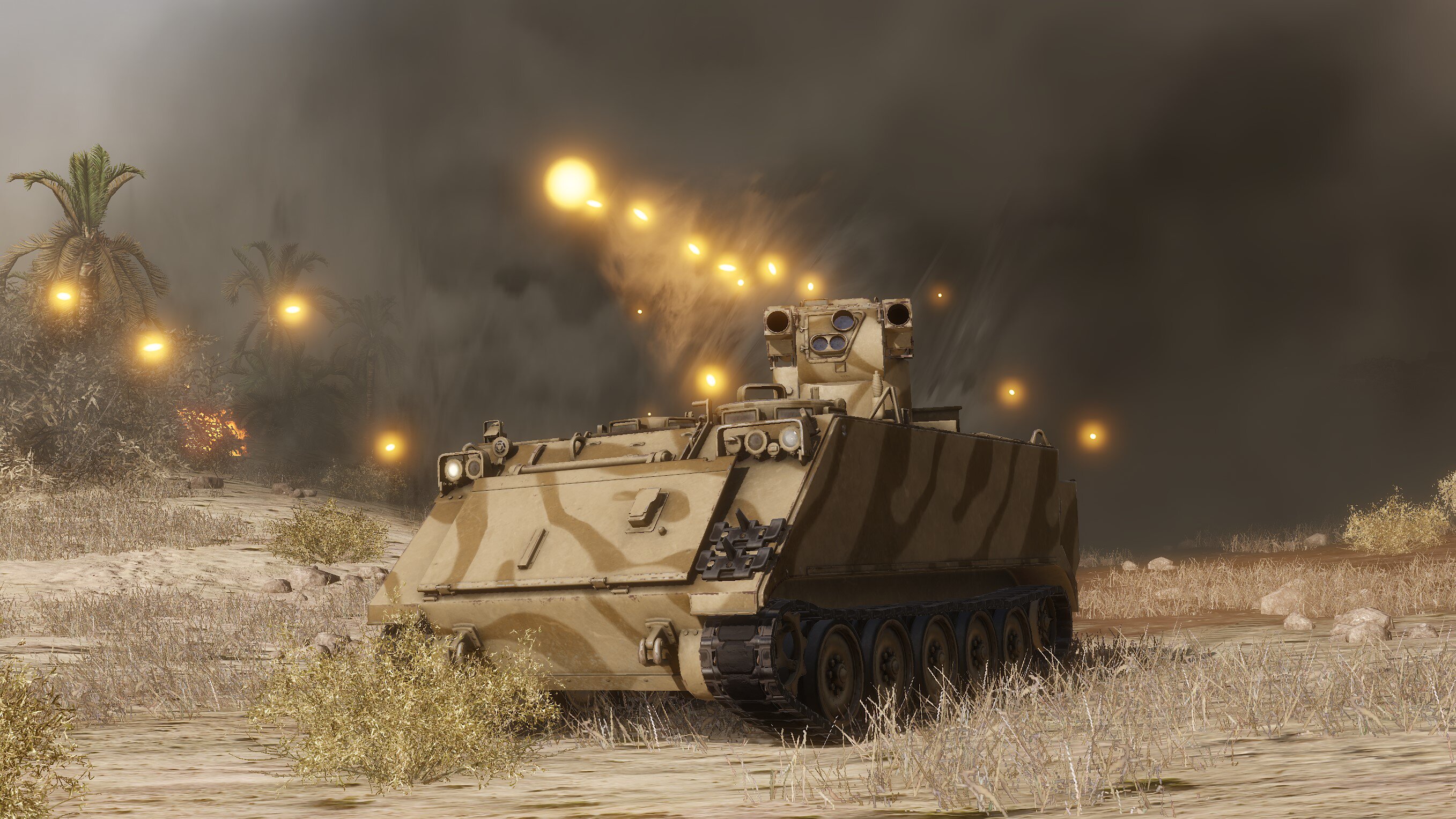 Each of these vehicles is unique to a degree. The Rooikat is slow for its Tier and Class, but it is well armored and has high view range, making it a potent passive scout. The Sucuri II on the other hand is a classic wheeled Tank Destroyer. Its unique ability is its Boomerang suspension, allowing it to reach places where other wheeled vehicles couldn’t go. The NM142 Tank Destroyer is, on the other hand, a typical missile carrier. It is unique in its ability to fire Top Attack missiles that target thin roof armor. This makes it an excellent tool in your fight against static entrenched MBTs. The Tier 8 Sprut-SD is a very agile tracked vehicle with a powerful gun but with very thin armor – in skilled hands, it becomes a truly deadly tool. And, last but not least, there’s the K21 XC8 Light Tank that can use the Designate Target AFV ability and is perhaps the best vehicle in the game when it comes to fast flanking maneuvers. 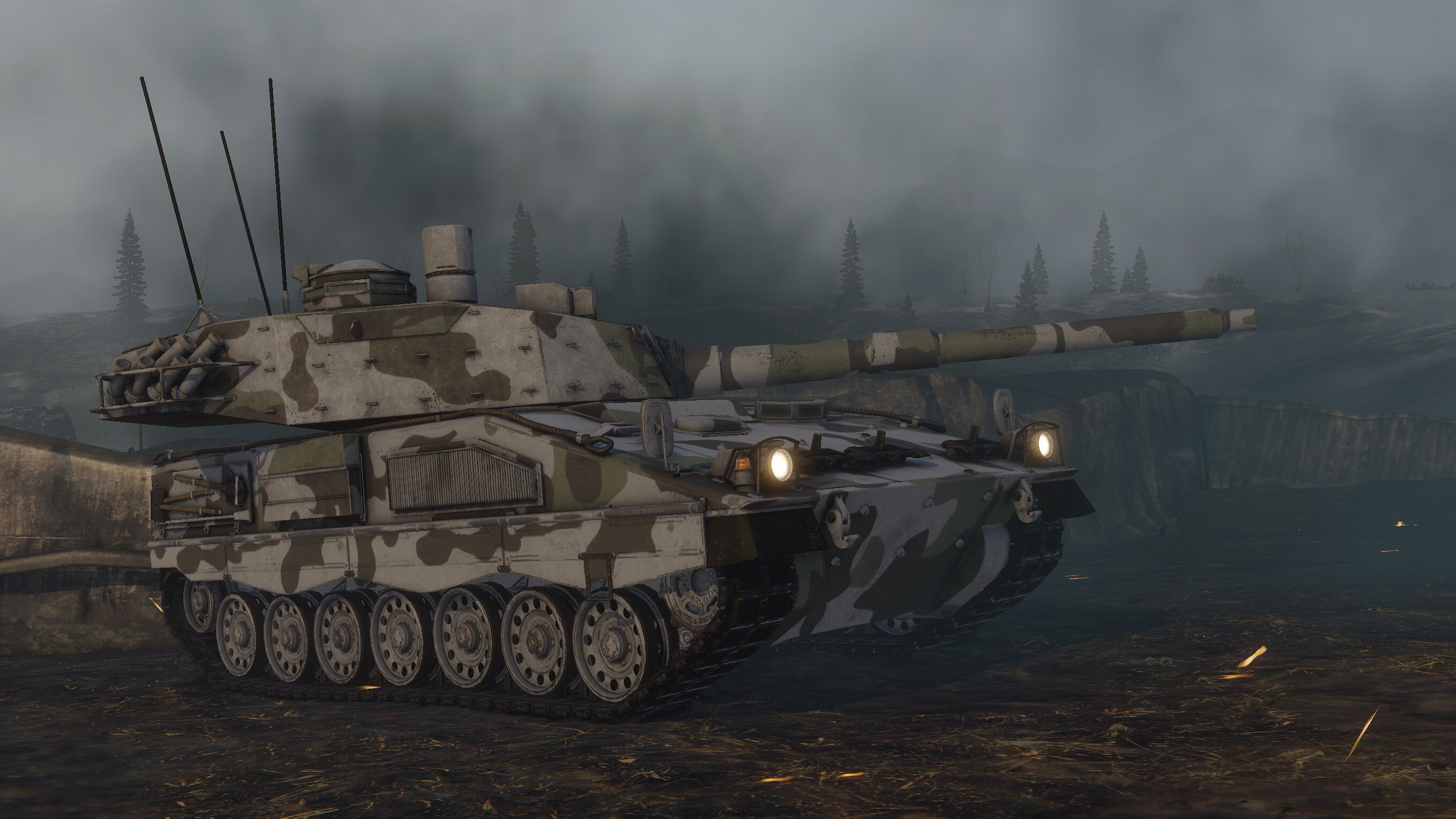 The ASCOD LT-105 Premium Light Tank, also available in the game for Gold, is the first premium vehicle on which you can select one of two alternative turrets – either a manned one that is larger but has better ammunition, or an unmanned one that can fire in bursts but is inferior in penetration and accuracy.

This dealer himself is also unique in several aspects.

First, it does not start on Tier 1, but on Tier 5 with the Rooikat AFV. In order to start unlocking his vehicles, players have to own at least one Tier 5 progression vehicle.

Secondly, ingame Reputation is not used as the primary currency for this dealer. In order to unlock each vehicle, certain goals (achievements) have to be completed. For example, to unlock the Tier 6 Rooikat, one of the following conditions has to be met:

The progression is also not strictly linear: 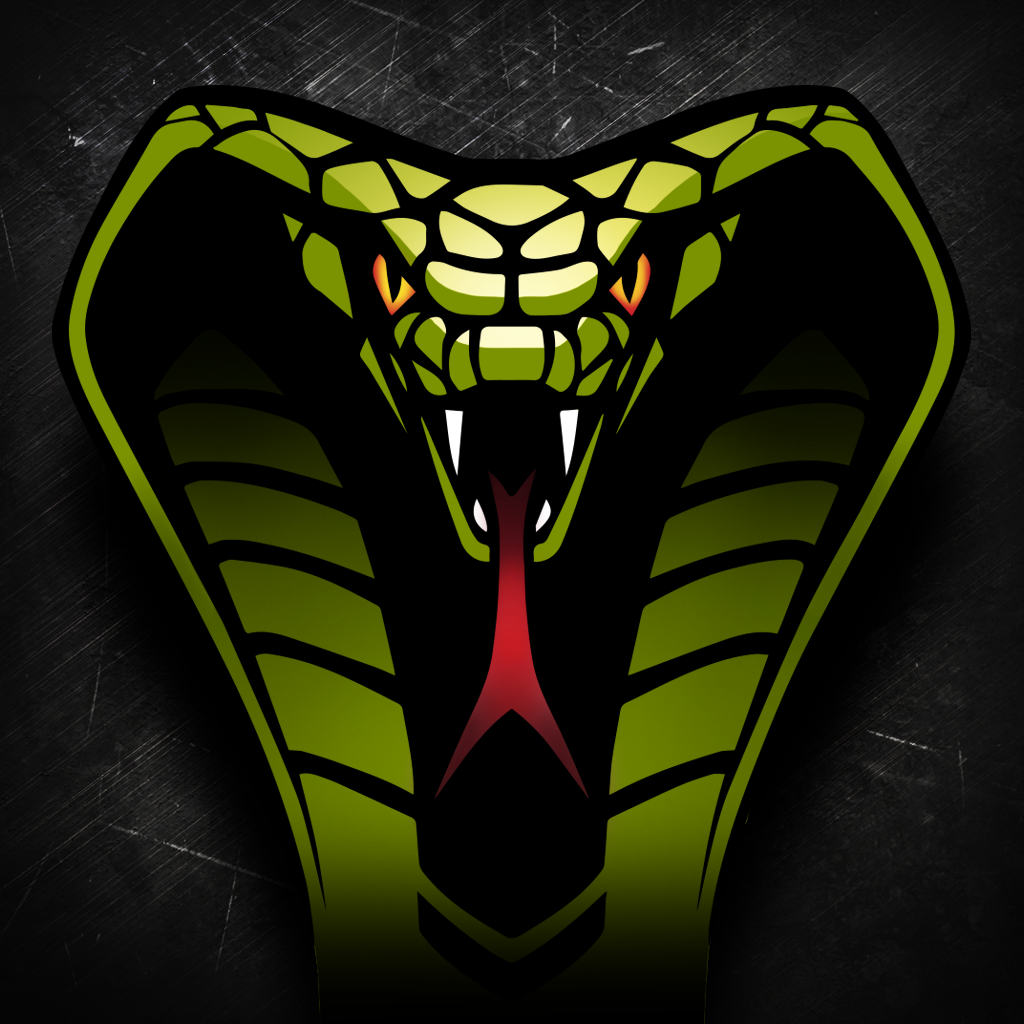 Once unlocked, each vehicle is upgraded by standard means, although, apart from modules, the new vehicles offer a number of interesting bonuses unlockable for Reputation, including:

We hope that you will enjoy this new dealer and his vehicles! 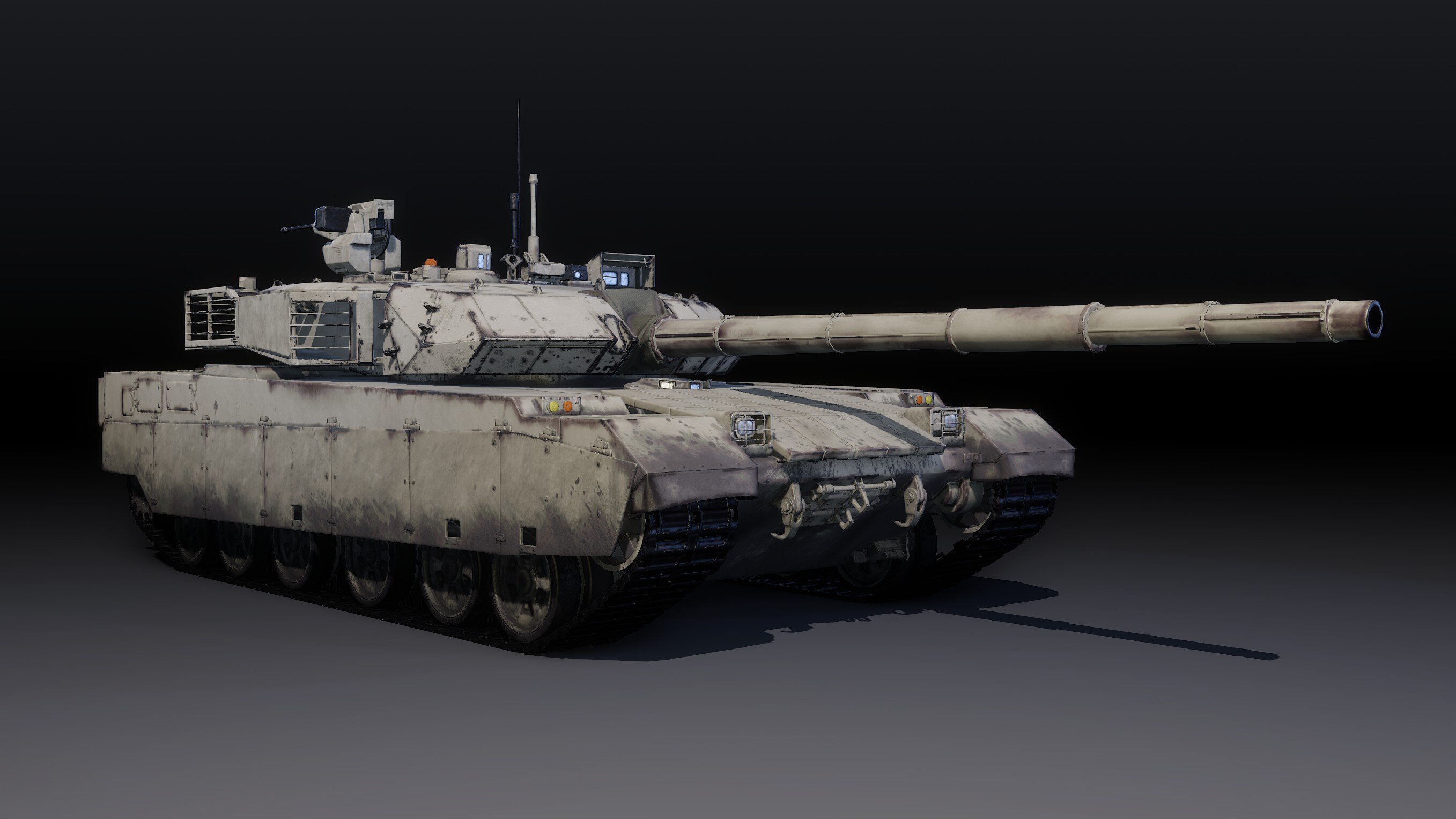 The VT-4 is a modern Chinese export vehicle. Armed with a 125mm smoothbore gun, it currently represents the best any country without its own tank development program can buy on an open market. You can read more about it in a dedicated article. 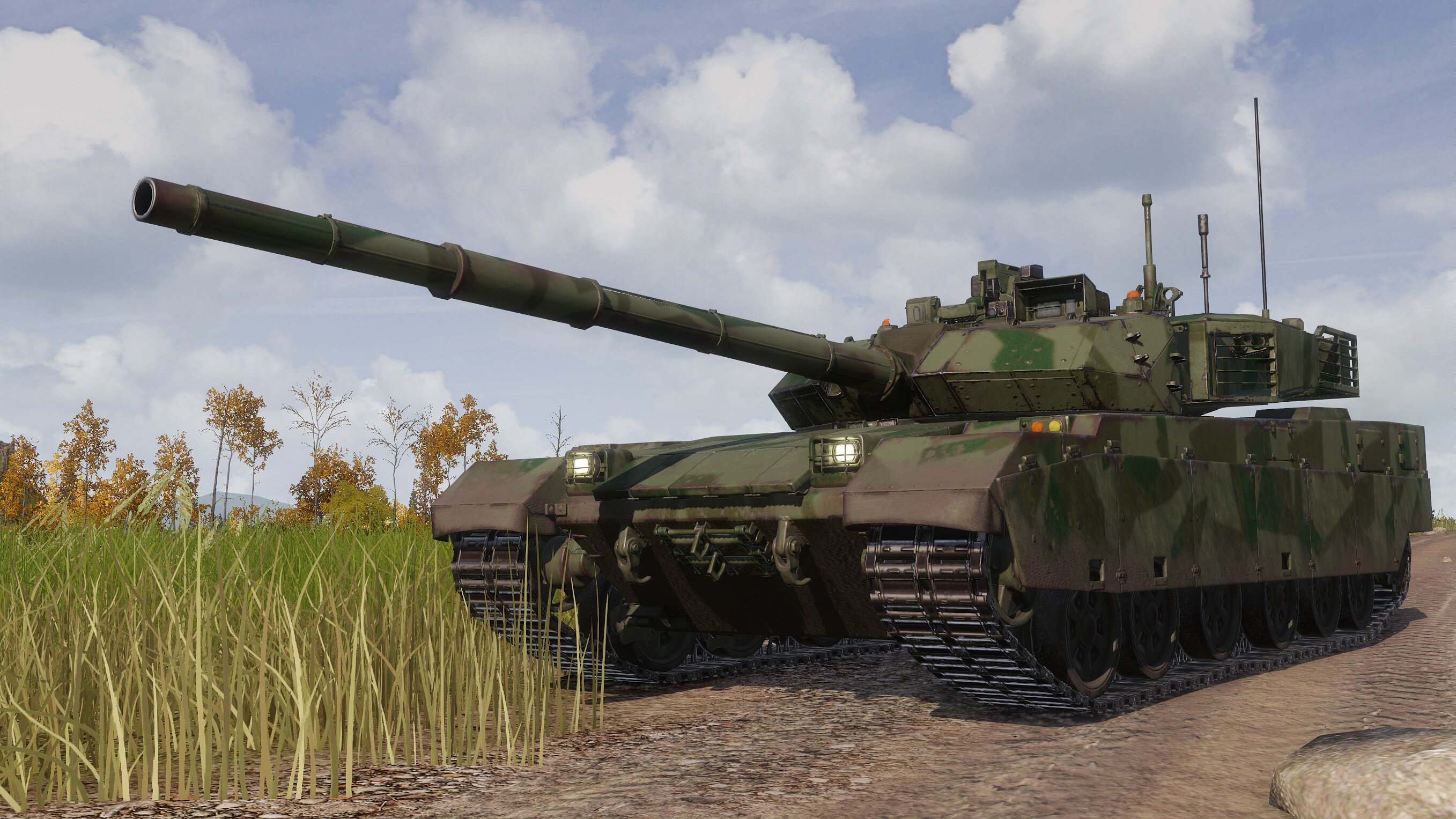 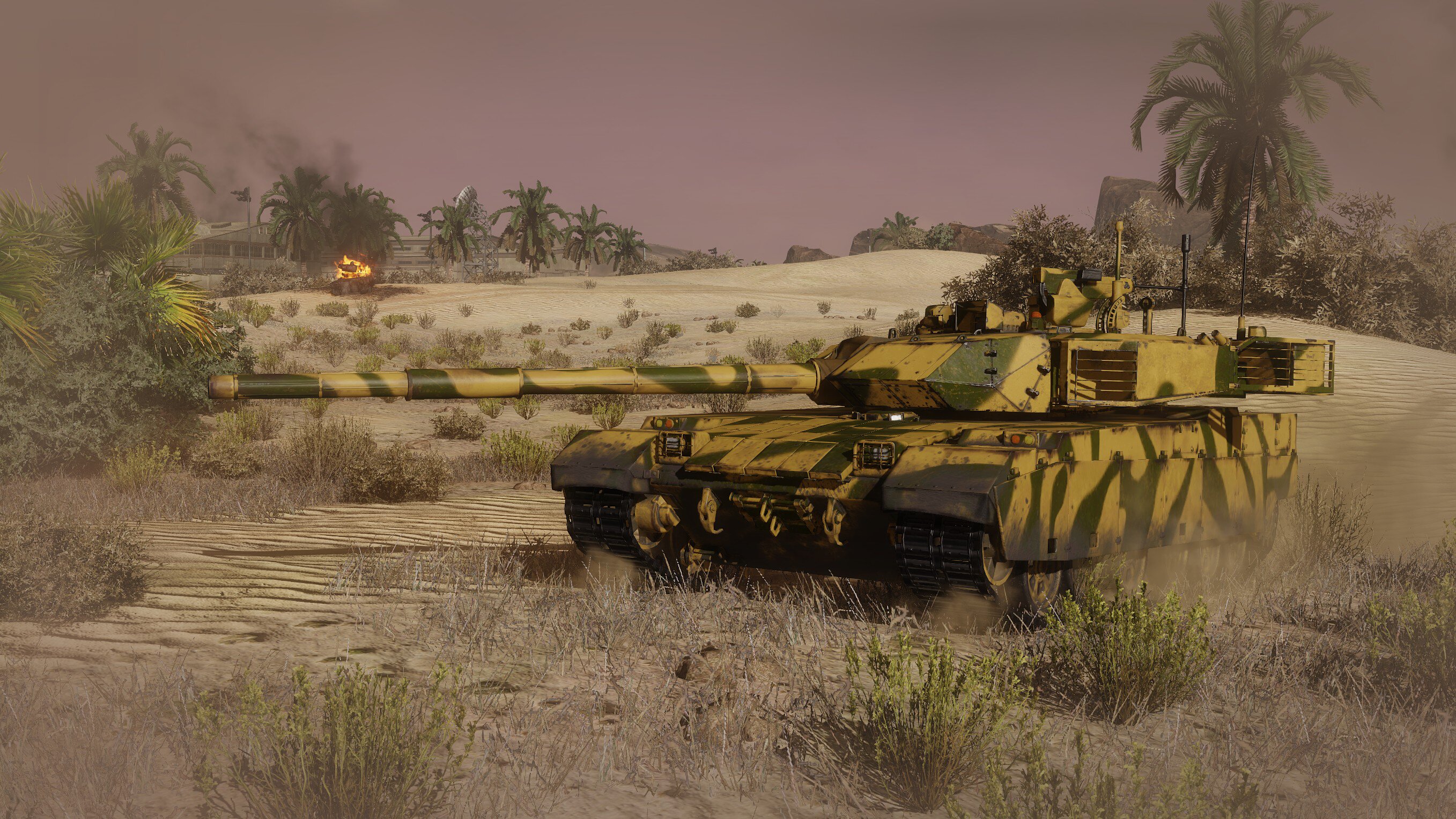 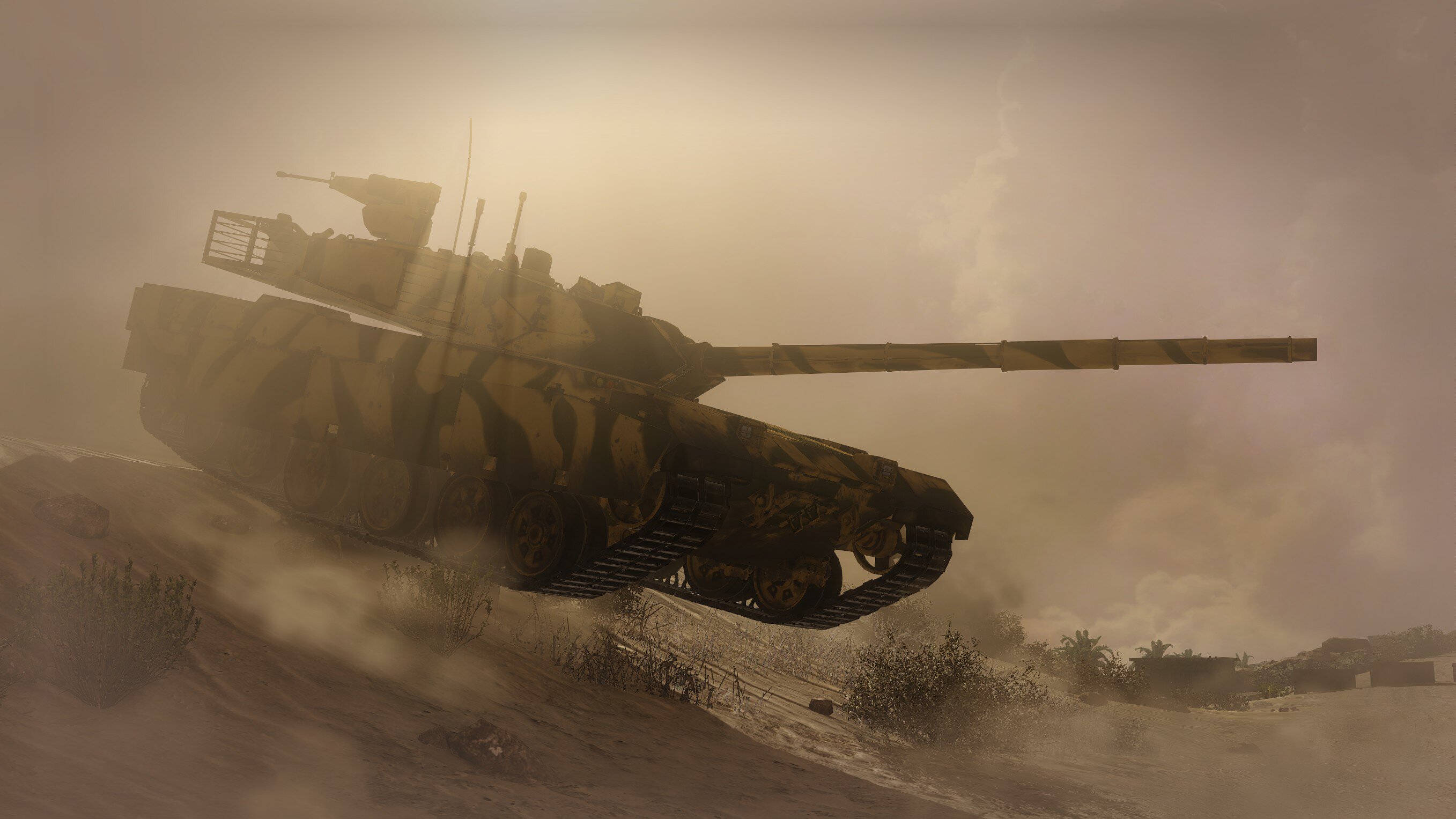 A new commander called Andrey Zaytsev is available for unlocking all the progression vehicles of the new dealer.

Andrey Zaytsev was born in Baranovichi, Belarus. As a child, he excelled in mathematics and had no interest in a military career. However, during his mandatory one-year service, he has proven himself as an excellent tank gunner. As a result, he decided to stay in the army and gradually shifted his interests towards PMCs. Following several successful operations, he was promoted to the role of a vehicle commander. 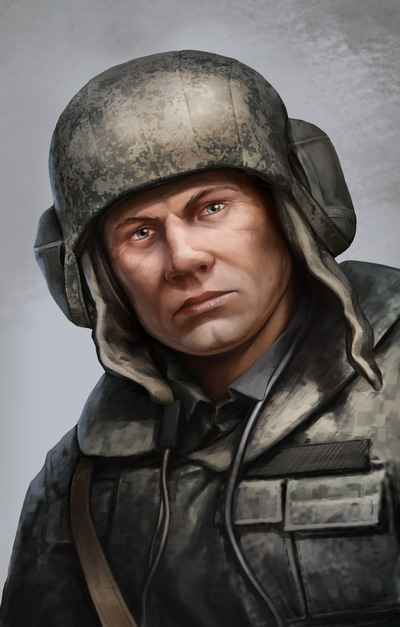 In Armored Warfare, Andrey Zaytsev is a sniper commander intended for long range gameplay and offering excellent bonuses for this role as long as the vehicle he commands remains stationary.

Update 0.24 concludes the first Special Operation with a vicious fight for survival against the forces of Clayburn Industries in Jamaica, sent in to destroy all targets regardless of any previous affiliations. The players must ally themselves with Magnus Holter to survive the corporate onslaught. More of the story will be revealed during the mission itself! 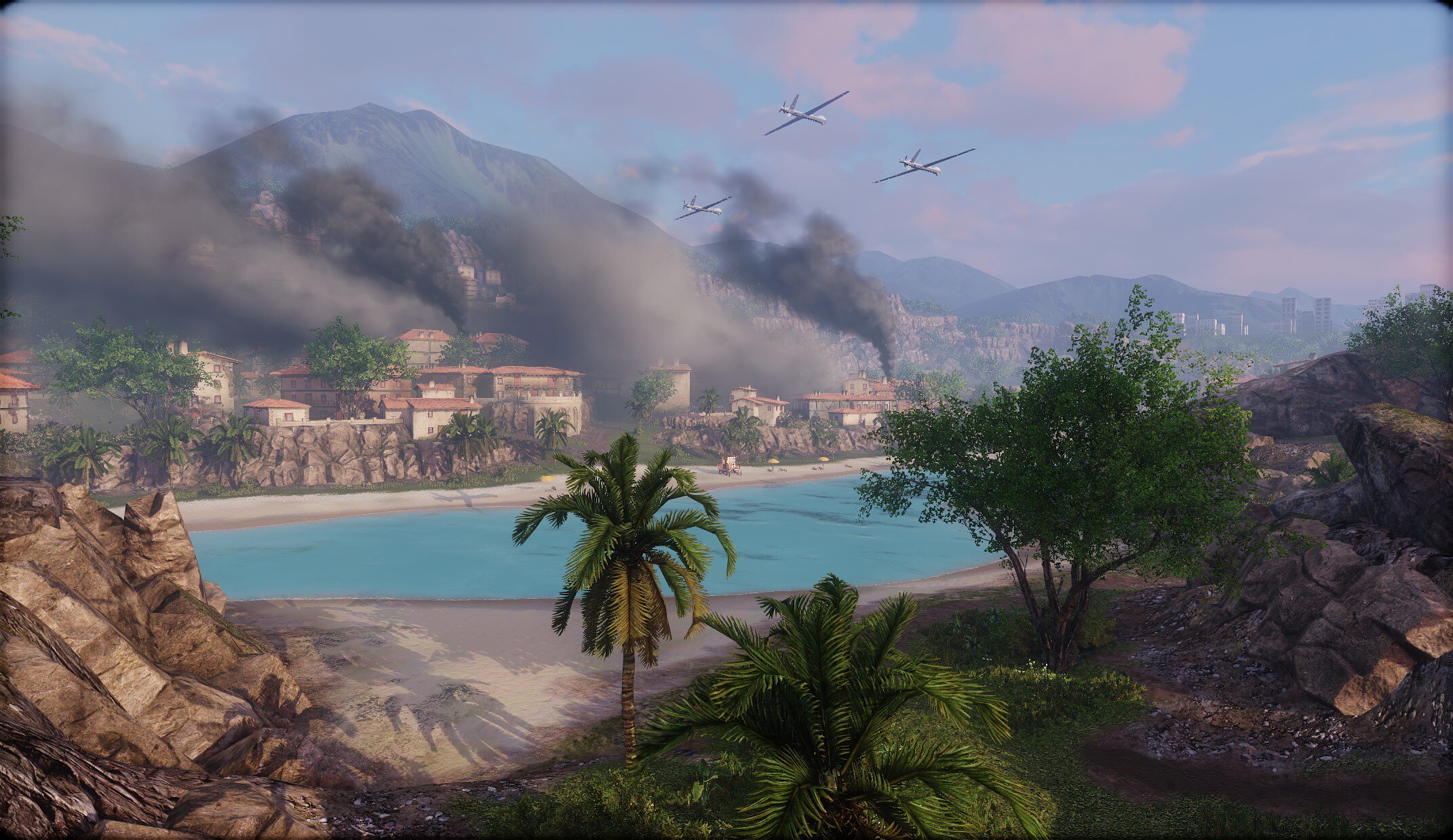 There are four new achievements in the mission: 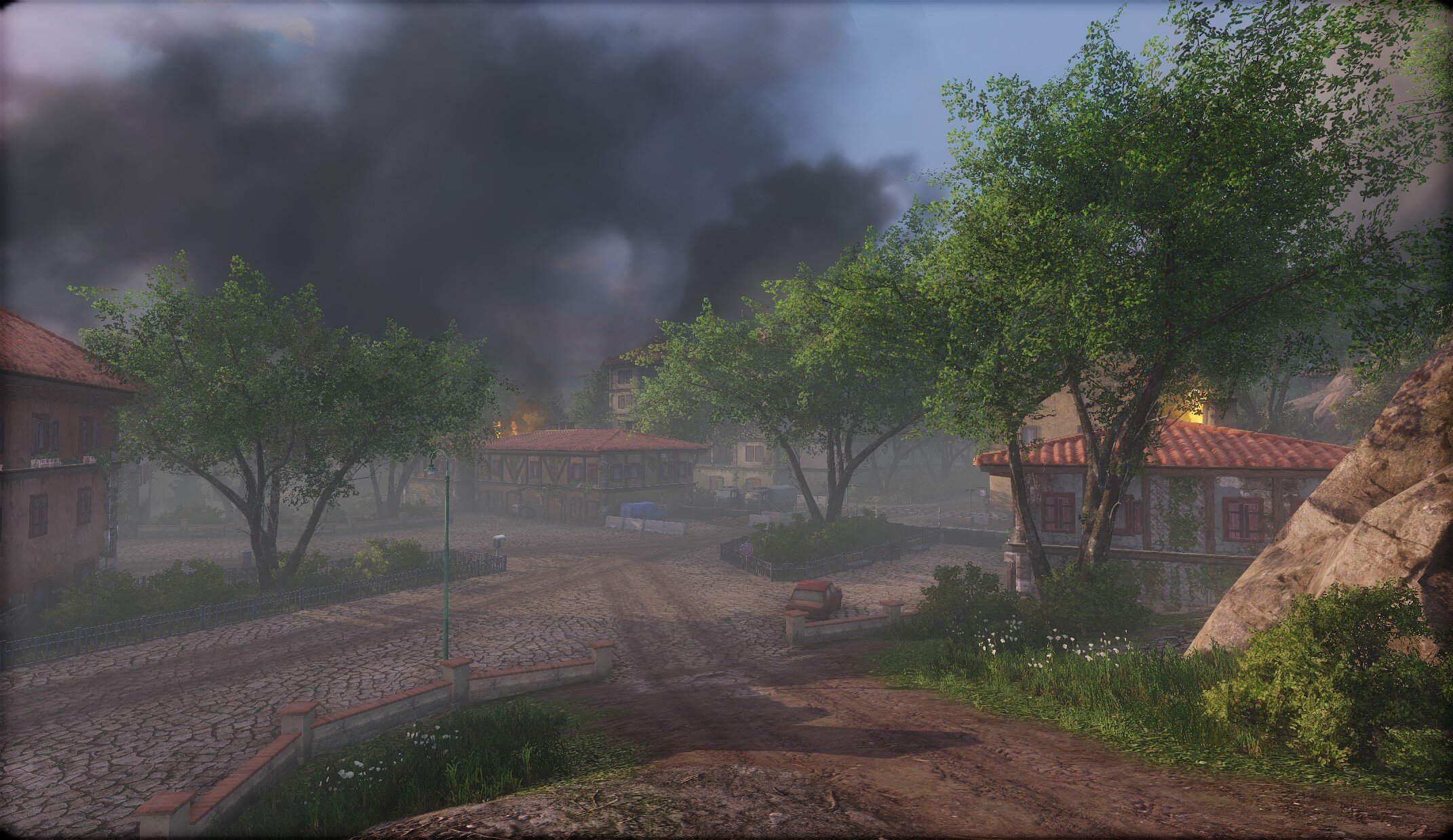 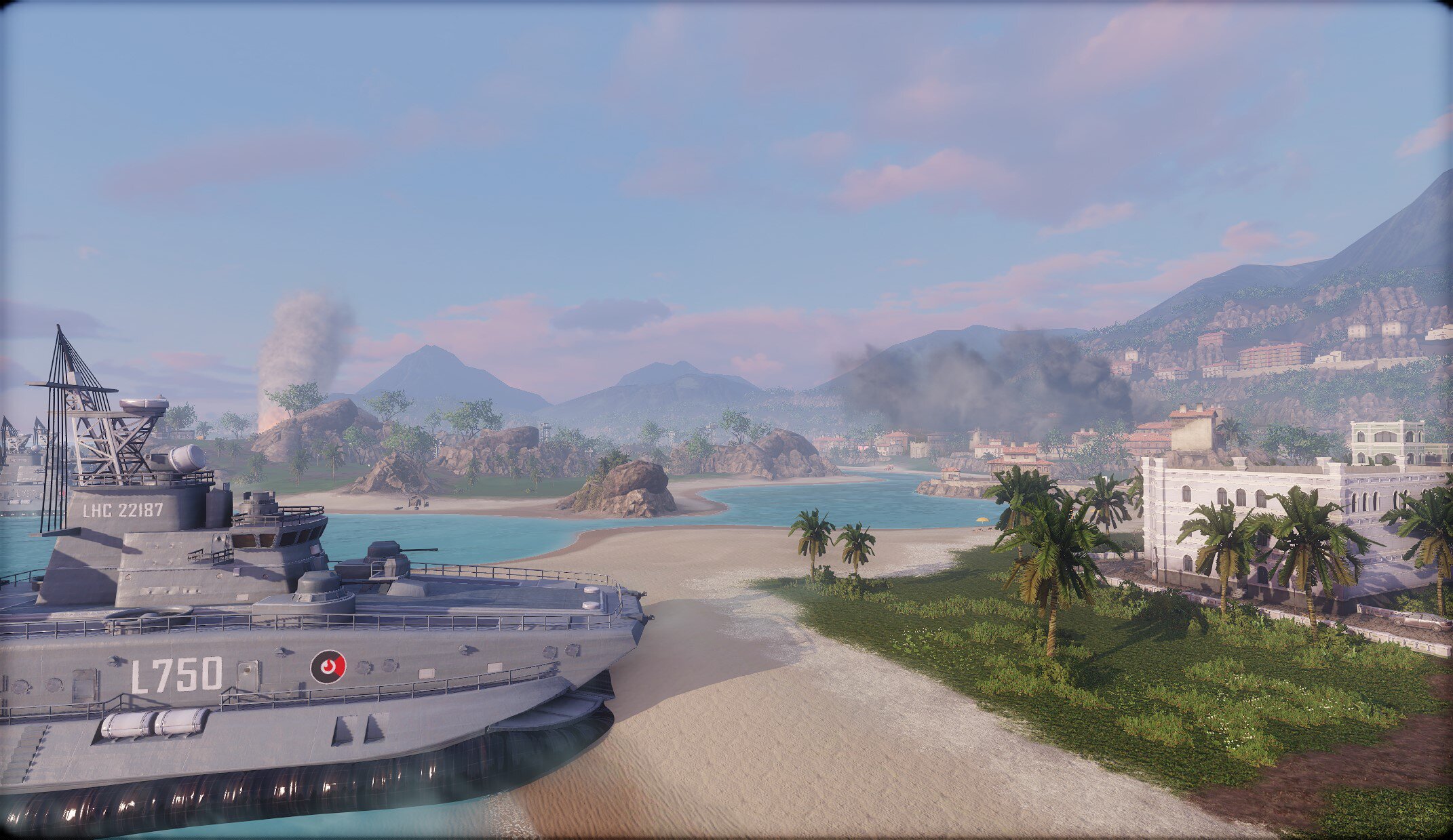 Narrow gorges of Switzerland, surrounded by titanic mountains, are perhaps not the best terrain for armored vehicle operations, but warriors go where they are needed, regardless of whether they fight out of sense of duty or for cold, hard cash. War has come to this alpine valley and it’s your task to root out the enemy and control this strategic location for your client, commander.

You can read more about the map in a dedicated article.

Apart from these main features, Update 0.24 includes a large number of improvements and fixes of the existing game mechanics.

In Update 0.24, in order to address the AI ATGM damage output, we are introducing two changes with significant impact on AI behavior:

These changes, along with the previously introduced ATGM rate of fire reduction, will bring the general AI ATGM damage output to the desired levels.

We are introducing the following new vehicles in Update 0.24 along with a new dealer, Oscar Faraday.

The following items will also be available from this new dealer:

The following vehicles had their gun module materiel adjusted in order for their armor to behave as accurately as possible:

Furthermore, the following vehicles receive the Improved Gun-Laying Drive module in addition to their existing modules:

We are introducing the last mission of the Caribbean Crisis. There are four new achievements in the mission: