Obsidian Entertainment and My.com are proud to introduce the the newest addition to Armored Warfare - Update 0.12, bringing some of the long-awaited and exciting features that include: 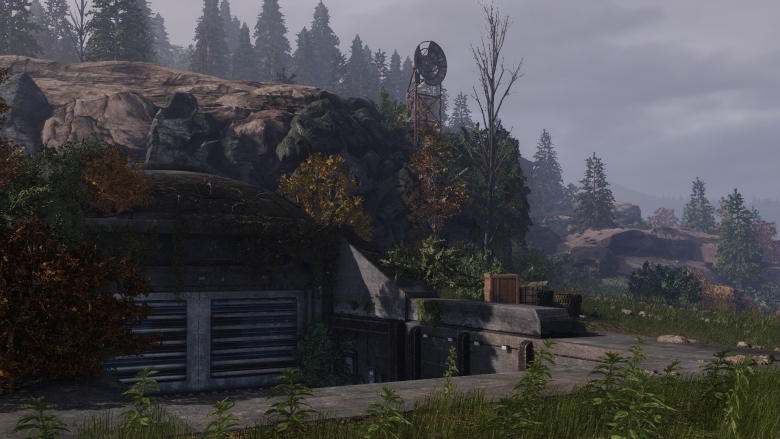 These include fixes of certain commander and crew skills, some vehicle models (notably the Abrams tanks), reload timer freezes, the "artillery destroys all modules" issue, several audio issues and much more. The issues were prioritized based on player feedback and the full list of changes can be seen in this post.

In 0.12 players can now use gold to apply a new "Battle Hardened" status to standard progression vehicles - upgrading them to pseudo-premium status. The intent behind Battle Hardened Vehicles is to give players a way to convert their favorite vehicles into ones which resemble a 'Premium-lite' vehicle. Battle Hardened vehicles cost approximately half of an equal tier Premium Vehicle and come with the following benefits: 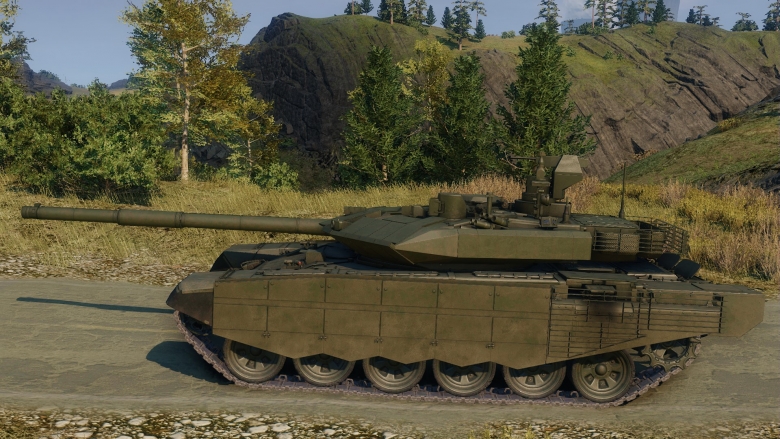 Based on player feedback, in 0.12 we've made some significant changes to the camouflage and spotting system to help address the following goals:

To accomplish this, we've introduced new "Progressive Camouflage Penalties". This update changes all methods of applying camouflage penalties (movement, shooting, on fire) from a binary on/off state to a more dynamic system where penalties grow and decay.

Previously, when driving your vehicle you would receive a flat movement penalty as soon as you started moving. Once you stopped and were stationary for a period of time the penalty was disabled. With the updates to the system the penalty now grows as you move and decays when you are stationary based off of two factors: time and distance traveled. If a player moves away from the location they fired, the camouflage penalty decays faster as the player moves further away.

With auto-cannons, instead of firing a single shot and having a set penalty applied, each shot now has a smaller camouflage penalty and builds up over time. This allows vehicles with auto-cannons to shoot a few rounds with a smaller chance of being spotted, but makes them more likely to be spotted if they are emptying a full clip into an enemy. We feel these changes will improve the camouflage and spotting system by making the system more intuitive while also encouraging a more active and dynamic battlefield. We have more plans to keep updating the vision and spotting mechanics and we look forward to your comments and feedback on the current updates.

In 0.12 we took the opportunity to redesign the Tank Destroyer class ability to be an active ability instead of a passive max accuracy damage bonus. This new ability works with the new progressive camouflage penalties to help reinforce TD's role as a sniper on the battlefield and no longer rewards with more damage for achieving maximum accuracy when that is something they are likely to do with nearly every shot anyway. 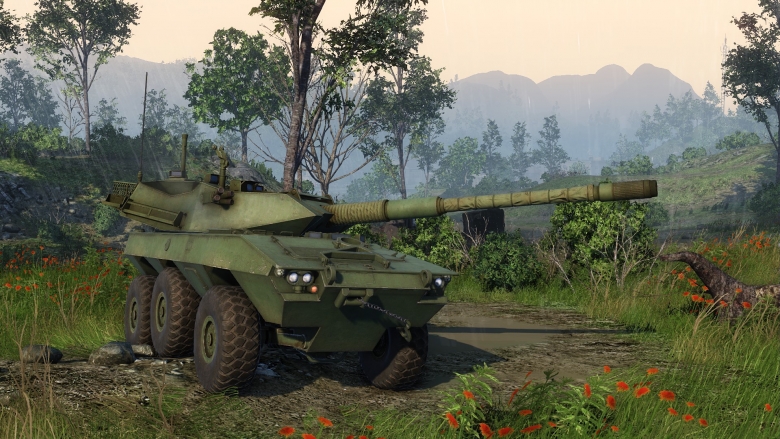 Additionally, we are removing the passive damage bonus ability for tank destroyers when they were at maximum accuracy and are re-purposing the UI yellow reticule indicator to show when Gun Suppression is active. In order to ensure that tank destroyer performance does not drop, we are increasing all TD damage to start with and will be keeping a close eye on telemetry data to ensure TDs are performing as intended. Details on these TD damage changes can be viewed in the full patch notes below.

For a limited time, players will notice that the garage has been updated with a holiday overlay in this patch, filling their garage with seasonal decorations and surprises! This change is also reflected in the Base view.

Players can now opt to share their gameplay statistics either publicly, or with just those on their friends list. By default, player statistics are set to private. To switch your statistics to public or to friends, pull up the options menu and select the 'Social' tab. Afterwards, select one of the available options under the 'Dossier Privacy' dropdown and hit apply. To view another player's statistics, right click on their name outside of a match and select 'View Dossier'. If the player has opted not to share their Dossier, the Dossier will not display.

New decals added for your tanks.

Three new missions were added to the PvE mission roster:

Operation Hydra - somewhere in Eastern Europe, a warehouse full of chemical weapons has come under attack by enemy forces. The Black Company must keep the stock as well as the rockets used to deliver it from enemy hands! 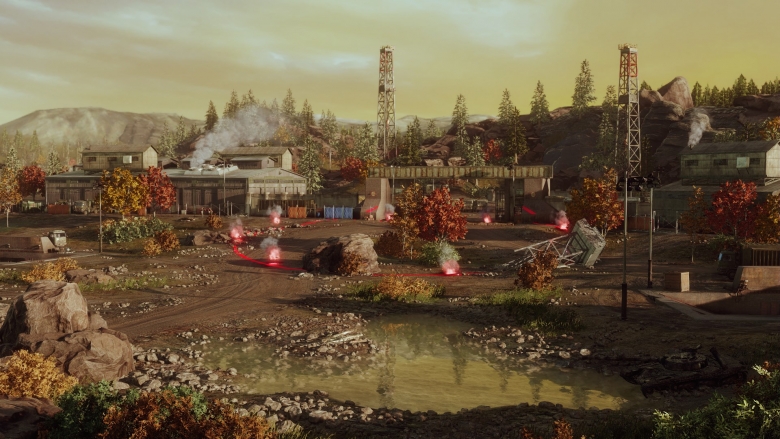 Operation Sapphire - enemy mercenaries have captured an ammunition factory and are planning to transport the shells away. Destroy the ammunition caches to prevent their misuse! 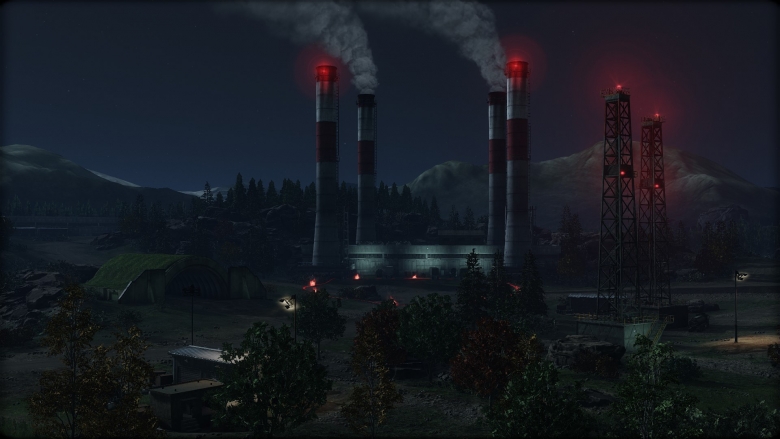 Operation Starry Night - this mission will take the Black Company to a smaller town and the outlying farms where enemy forces are terrorizing the population. Drive them away and destroy enemy fuel trucks to deny them the tactical advantage! 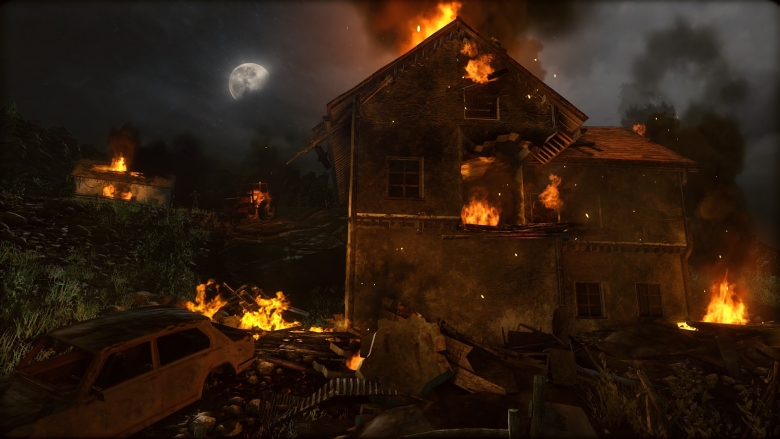 All PvE maps were reworked to improve the variety and randomness of spawn locations. This also should eliminate many cases where players have AI vehicles suddenly spawning on top of them.

In 0.12 we've made improvements to Armored Warfare's available resolution options. Now when running AW in "windowed mode" players can resize and maximize the window as they see fit.

A new work-in-progress inventory screen has been added to lay the framework leading up to the implementation of the loot system and to provide a way for players to redeem boosts provided to them. Previously, if a player was granted a boost (due to a promotional event or store purchase), it automatically activated once a player logged in. Now any boosts players find in their inventory screen can be activated by double clicking on the appropriate boost icon.

If a player has multiple boosts of the same type, these will stack within the inventory screen - allowing a player to manually activate another one after the first one has run out.

Upon logging in for the first time, players may find they already have boosts in their inventory. These are legacy promotional boosts which were previously not activated during the promotional event by logging in. There will be new features associated with this screen in future patches.

The crews now speak with the language of the game client the player selected - German language client will for example hear German voiceovers.

Normalized the T-90 based vehicles to have the rears able to be penetrated by autocannons.

The 'Sniper's Precision' ability (long range bonus) has been removed as a part of the class overhaul. It has been replaced with a new class ability, as well as a permanent damage bonus to all Tank Destroyers, rather than the conditional damage bonus that the ability provided. The damage increase varies from vehicle to vehicle based on how well the Tank Destroyer was working pre-patch:

The Challenger 2's mobility was a bit too high for an MBT that is focused on being so heavily armored. As a result, we've lowered the MBT's hull traverse speeds and slowed its acceleration slightly to make it more susceptible against vehicles which are able to flank the tank.

While the Draco is still new and players are adapting to it, its performance has been low enough that we feel it warrants some immediate attention. It has prodigious burst damage if it can get into position, but its large size for an AFV, wheeled setup, and relatively weak penetration and gun handling for the tier have made it difficult to use. We've made several improvements.

The M41's has been struggling to fight against equal tier vehicles, especially MBTs. We've given it some performance improvements to bring it up to par.

The M48's average Reputation earnings per match have been stable, but its win rates are slightly below average. We've given it a slight bump in Rate of Fire to improve its overall combat ability.

The Object 430 has been consistently over-performing in both win rate and average earnings. The main factor here appears to be the tank's amazing armor angling for the tier, but it also has few disadvantages. To help bring it in line, we're cutting down its Hit Points, which should make it more vulnerable in situations where it is successfully flanked.

Our previous buffs to the RDF-LT have helped improve its performance, but it's still showing some signs that it needs additional help. We've increased its sub-par Hit Points and made some tuning changes to its AP rounds to make them into distinct valid options.

The Stingrays are just about in the right balance range, but we've given them a slight increase to Hit Points and AP round penetration as quality of life improvements, and we're looking into some issues with their mobility for future patches. Stingray 1:

On the 22nd of December, both Open Beta servers will not be available for an extended period of time in order to implement Update 0.12.1693