Update 0.11 will for the first time feature a number of Tier 9 vehicles that can be unlocked using the Token system. We have compiled a brief overview of the new vehicles that players will be able to obtain. 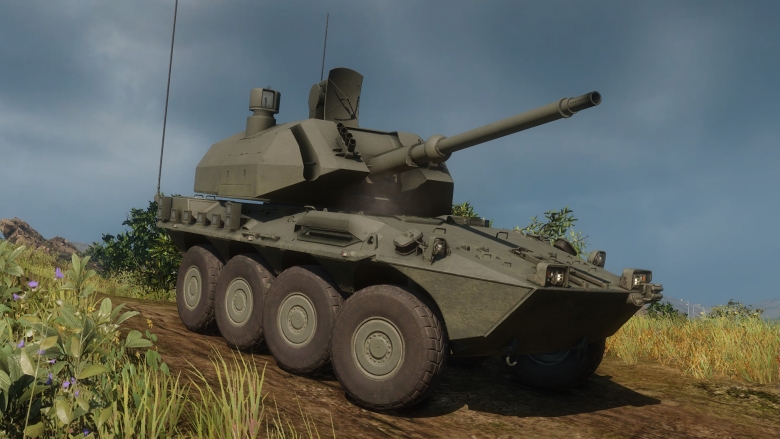 The DRACO was originally an anti-aircraft vehicle. Built on the light B1 Centauro chassis, the DRACO is a variant armed with a rapid-fire 76mm cannon, fed by a 12 round automatic loader mechanism. It can engage both ground and air targets with very high efficiency. In Armored Warfare, the DRACO will be a tier 9 AFV. While not as durable as other vehicles of its tier – save possibly for the Panhard CRAB, the DRACO is very fast and thanks to its original chassis also very maneuverable for a vehicle of its size. 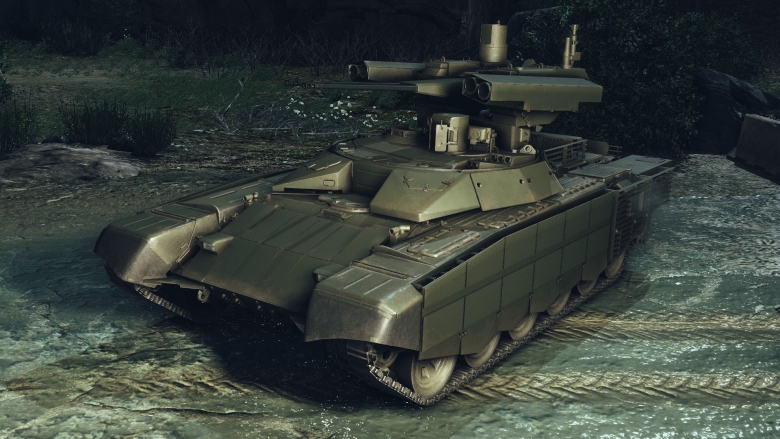 The BMPT-72 heavy armored fighting vehicle is a variant of the dreaded Terminator infantry fire support vehicle. Unlike the original Terminator, the BMPT-72 (also known as Terminator 2) is built on the T-72 chassis and is available as a conversion program even for existing older T-72s. Its main armament consists of a pair of 30mm 2A42 automatic cannons and four 130mm ATAKA missile launchers. In Armored Warfare, the Terminator 2 features several improvements over the Ramka-99, including improved cage armor and ERA kit and advanced tandem guided missiles. 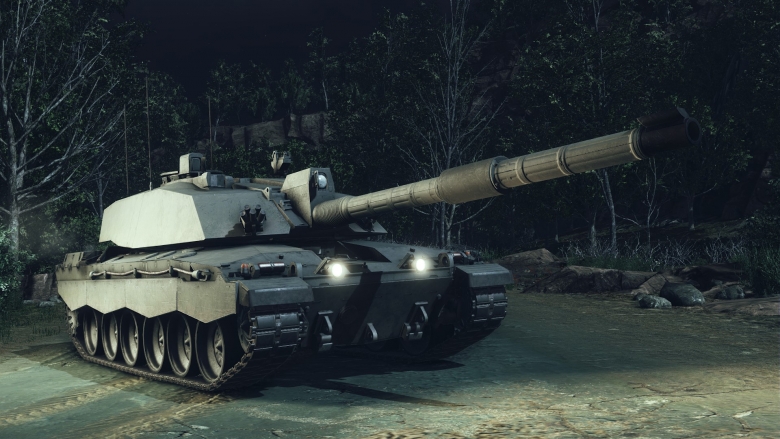 Previously, the Challenger 2 was a tier 8 Main Battle Tank. The current version was rebalanced to tier 9. The Challenger 2 is the pinnacle of British tank design and the last main battle tank to be produced in England. It is armed with a 120mm rifled cannon, capable of delivering depleted uranium rounds with deadly efficiency, but its most distinctive feature is its excellent armor. The Challenger 2 is nigh-impenetrable from the frontal angle and while the vehicle is not the fastest one on its tier, it can withstand tremendous punishment while dealing plenty in return. 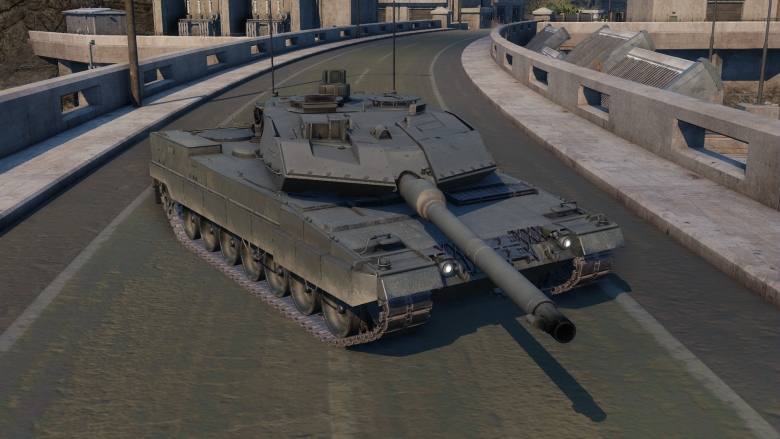 The Leopard 2A6 Main Battle Tank is possibly the best widely used version of the Leopard 2. Its most distinctive upgrade over its predecessors is the replacement of the L/44 Rheinmetall smoothbore gun with the longer and better-performing L/55 variant. In Armored Warfare, it will be possible to upgrade the Leopard 2A6 with all the high tier MBT protection features, including smoke grenade launchers and an APS system, and with its powerful armament it will certainly find its place on the battlefield. 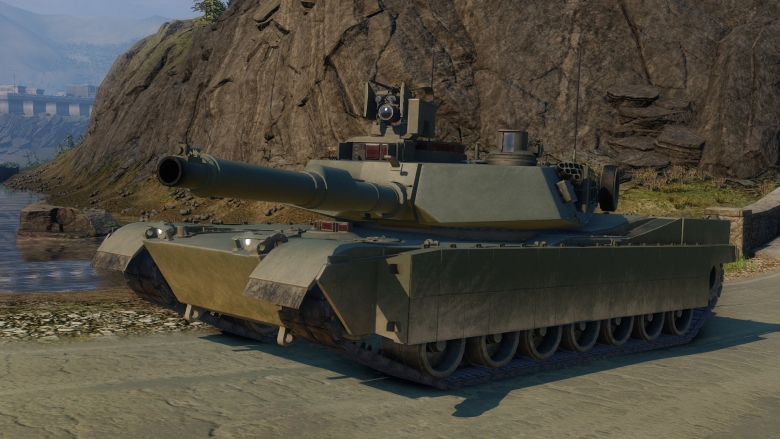 The M1A2 variant of the Abrams MBT is currently the most modern version in use. The Abrams has proven itself in numerous conflicts in American service and continues to be one of the best main battle tanks today. In Armored Warfare, the Abrams is a jack-of-all-trades tank and while it does not have any absolute advantage over its opponents, it does not have any significant drawbacks either. It’s a mobile vehicle thanks to its 1500 horsepower gas turbine and its L/44 M256 smoothbore gun – while not as powerful as the L/55 of the Leopard 2A6 – is more than adequate for its job. The TUSK v2 armor kit allows the vehicle to resist even very heavy enemy fire. 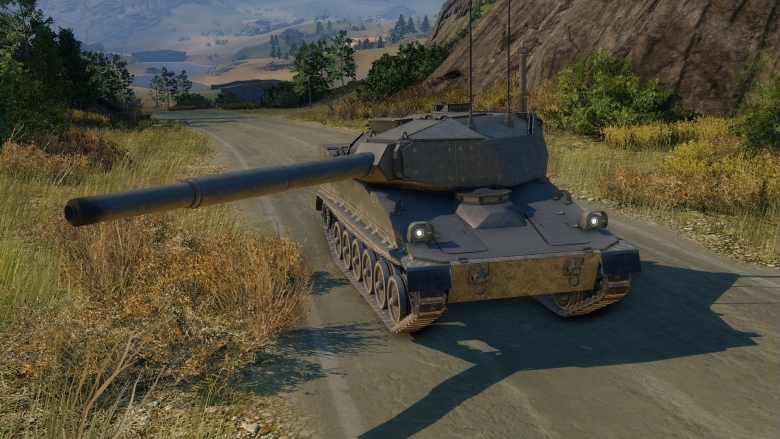 The 120mm-armed M8 Thunderbolt Light Tank was developed as a variant of the earlier XM8 program and the U.S. Army is currently considering its purchase and use. The main purpose of this vehicle is to provide airmobile units with highly-mobile air-transportable firepower, capable of being deployed by means of an air drop. The automatically loaded 120mm experimental gun ammunition can penetrate even modern heavy armored vehicles and while this light tank does not sport the extremely thick armor of its MBT counterparts, its mobility allows it to stay ahead of the enemy and to deliver killing blows from flanking maneuvers. 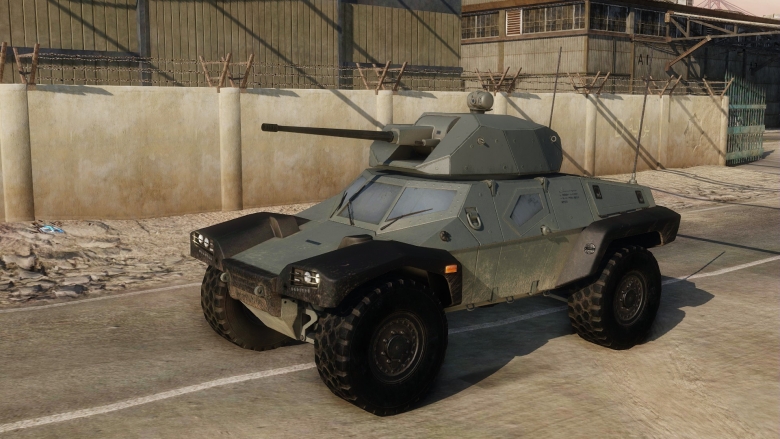 The French Panhard Combat Reconnaissance Armored Buggy, also known as the CRAB, was developed as a replacement for the aging VBL. It is an extremely light but well-armed AFV. Although its armor cannot generally withstand the fire of anything more powerful than a heavy machinegun, the CRAB’s blazing speed prevents it from being hit in the first place. The CRAB can be equipped with either an automatic cannon or a turreted MPCV missile launcher. The most interesting feature of the CRAB, however, is its ability to steer both forward and rear wheels, allowing the vehicle to “side-strafe”, which will be available in Armored Warfare. 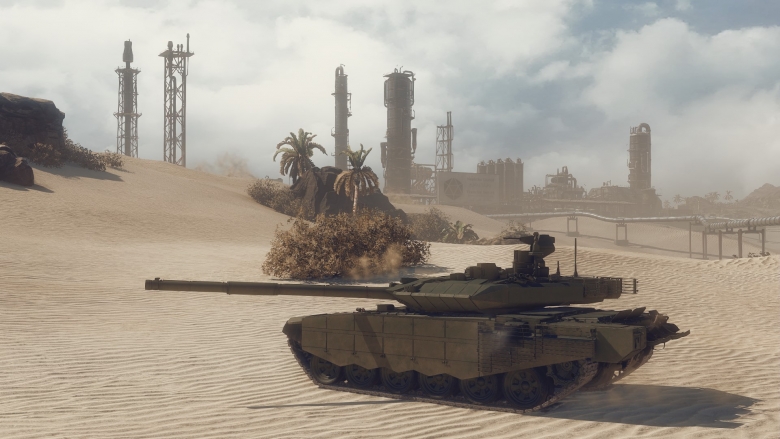 One of the best variants of the T-90 is the T-90MS export variant. Featuring a modern Relikt ERA kit, a powerful 2A82 gun, capable of launching missiles and modern electronics and countermeasures, the T-90MS in Armored Warfare continues the Russian MBT tradition - a low silhouette, very powerful turret armor and good mobility are the hallmarks of this vehicle.

The long-awaited Update 0.11 is here! Find out what new features and changes it brings!

On the 1st of December, both Open Beta servers will not be available for an extended period of time in order to implement Update 0.11.1630