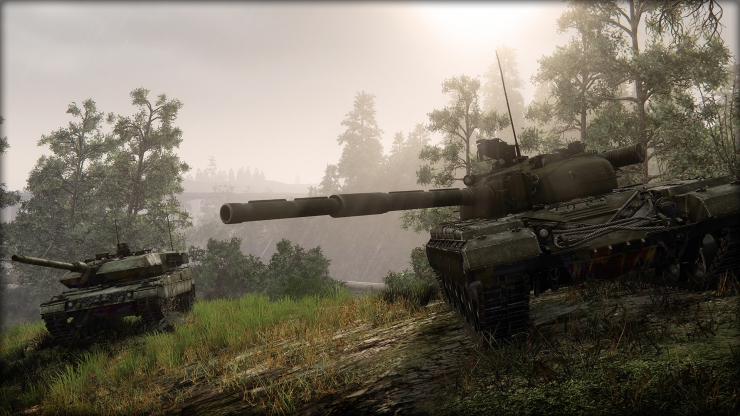 Our recent tests have shown that the Object 155 doesn't measure up compared to other same-tier MBTs. We've given it moderate boost to its targeting time and rate of fire, which we feel will help make it excel as a close and mid-range brawler.

The PT-76 is doing well in terms of average damage dealt per match, but slightly low in terms of rewards and win rate. As such, we've given it some minor stat buffs to help bring up its rewards and improve its gameplay without directly increasing its damage per minute.

Most of the BMD line is now performing up to par, but the BMD-4 isnt quite competitive yet. It's low on average rewards, win rate, and especially average damage per match. We've given it some considerable buffs to firepower to help make it more competitive.

SPGs are generally performing lower than other vehicles of the same tier in terms of both match rewards and performance. Performance wise, we're making some improvements to the vehicles that are suffering the most. In terms of rewards, the performance improvements will help, but we're planning on some larger scale changes to SPG rewards to make sure they are adequately compensated compared to other classes. The Gvosdika has been underperforming compared to other vehicles of the same tier, including the M109. We believe a large component of this is due to its lack of accuracy. We've improved its accuracy and aim time, as well as giving it a minor reduction to cooldown between shots to make playing it smoother.

Akatsiya and Palmaria are performing about the same as each other, but low compared to other vehicles of the same tier. We're giving them both different buffs to help distinguish them from each other, as well as to improve both of them.

The PzH2000 is doing pretty well, but it's still noticeably behind the M109A6 in performance. We've given it some moderate buffs to get it to a more comparable performance range.

The BMP Line - with the exception of the BMPT - is still performing below par. As such, we're making some adjustments to improve the vehicles in the line, especially the ones that are suffering the most. Changes for BMP-1:

What is Public Test Server and how to join

Public Test Server is a special server running the newest version of the game. Its goal is to provide the players with the option to test the newest game build, although such builds often have more issues and bugs than the live server. It is now available for every player with Early Access without any restrictions. The main features of Public Test Server (compared to the Early Access server) are:

Update 0.9 is coming to the Public Test Server - find out about its contents and what changes it is bringing to the game!