One feature Armored Warfare's Update 0.16 is introducing is a new set of Collector's Edition vehicles, replacing those from the recently retired Emperor, Typhoon and Lightning Collector's Edition bundles – the Taifun II Tank Destroyer and the RDF/LT Light Tank. 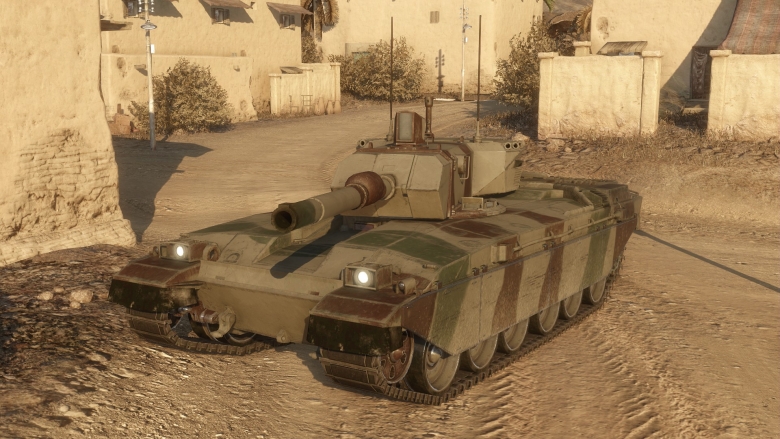 Purchasing a large number of brand-new Main Battle Tanks is not always an option and a lack of funding is usually the decisive factor, but some users also have large stocks of tanks that they do not want to go to waste. In such cases, retrofitting becomes a viable solution.

One of the most common Main Battle Tanks of the late 1980s and early 1990s in countries not affiliated with the Soviet Union or – later on – Russia was the M60 series. This American workhorse was the mainstay of the U.S. armored forces for several decades, surviving the ill-fated MBT-70 program before finally being replaced by the Abrams series. Many tanks of this type were sold around the world, but in the 1980s, the design started to struggle to keep up with the best Russian vehicles available.

That's when a number of modernization programs appeared. Some countries preferred to develop their own packages for the aging Pattons (such as Israel with its Magach series), while others opted to purchase upgrade kits from private companies. 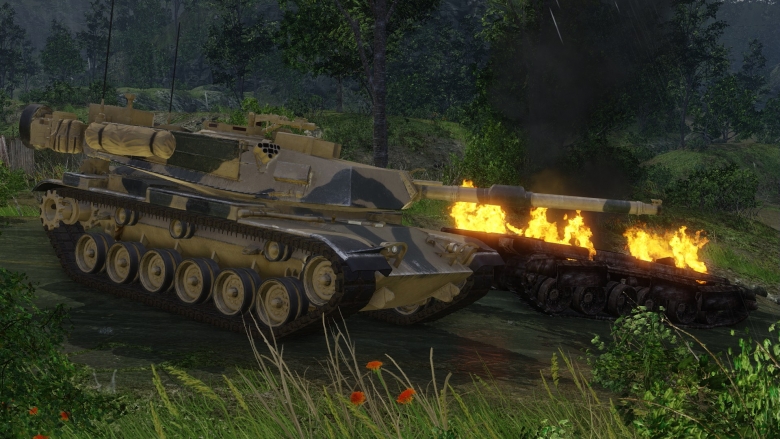 The M60-2000 program was a set of specifications by General Dynamics Land Systems made for exactly this purpose. The basis of the project was to mate the M60A3 hull with an M1A1 Abrams turret, armed with its 120mm M256 gun, to increase combat value.

This approach was not unreasonable. A thick turret with the firepower of a 120mm smoothbore would significantly enhance the capabilities of the vehicle and the components were readily available, including spare parts and ammunition.

Development of an MBT based on the M60-2000 specs probably began in the mid-to-late 1990s, with early mentions of it appearing around 1998. It was marketed as a potential upgrade to M60 users. In 2000, General Dynamics Land Systems decided to build the first prototype based on the M60-2000 specs, but with a number of enhancements, designated "120S". The 120S (120mm, Survival) was essentially an upgraded M60 hull with a M1A1 turret (without the depleted uranium armor) and a 240X4 Forward Looking Infrared Radar (FLIR). Unlike the Abrams, the vehicle retained the 1790-series diesel engine, producing 750 horsepower (although the production vehicles would be fitted with a 1200hp version to emulate the mobility of the Abrams). 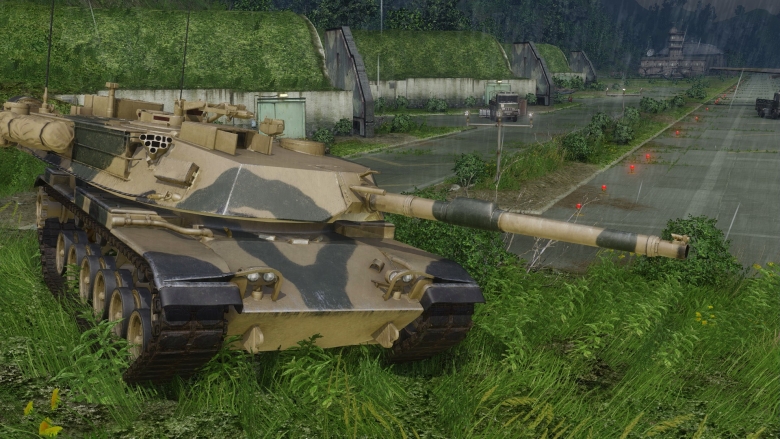 The 120S was shown to several potential buyers with the main focus on Turkey and its fleet of M60S. It was unveiled in Ankara in September 2001. Initially, General Dynamics was in a rather good position – the United States was a strategic ally and hundreds of older Pattons had been donated to Turkey as a part of a military aid program.

The biggest competitor to the 120S was Israel with its Sabra program by IMI (originally based on Israel’s own Magach 7), which was eventually declared the winner thanks to an extensive economic offset program that Israel offered. A contract for the Sabra upgrades was signed in 2002, ending General Dynamics' ambitions to sell the 120S to the Turkish military. The 120S was marketed for several years afterwards but no potential buyers were interested and given the lack of any information and the disappearance of the 120S from General Dynamics offers, the project was likely cancelled around 2010.

In Armored Warfare, the M60-2000 will be a Tier 7 Main Battle Tank. Its main advantages will be a solid, well-protected turret and a 120mm M256 gun on Tier 7, making this tank a deadly opponent, especially if fighting defensively with the hull hidden behind cover.

The Hashemite Kingdom of Jordan is a traditional Middle Eastern ally of Britain. It has been so since the age of the Palestinian Mandate and the creation of the Arab Legion, a competent fighting force trained and equipped by the British. Therefore, it came as no surprise when Jordan opted – as the only foreign user – to purchase Challenger 1 Main Battle Tanks and imported 392 of these vehicles in 1999.

The Jordanian Challengers were renamed Al Hussein. The main problem the vehicle had in the eyes of the Jordanian military was its gun. The 120mm L11A5 rifled cannon was an improved version of the old Chieftain gun and, while it was powerful for its time and able to knock out the T-72s used by Iraq during Operation Desert Storm, it was no longer quite the killer it used to be. Additionally, no new ammunition was being developed for it, underlining its obsolescence even more.

To compensate for this handicap, the Jordanians had to look for other solutions, including several proposals to increase Al-Hussein's firepower. One of these proposals was the FALCON turret. 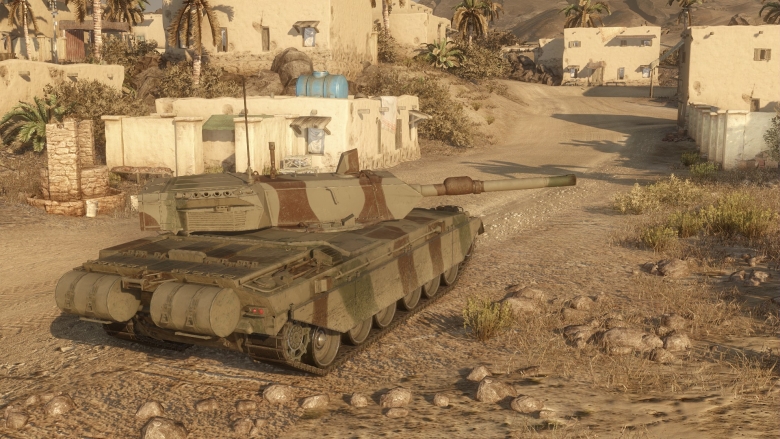 The FALCON is an indigenous, low-profile manned turret developed for the Challenger 1 by the King Abdullah Design and Development Bureau. Unveiled to the public in 2003, it represents a radical departure from the original Challenger 1 concept of an extremely well-protected turret. The crew was instead moved to the hull, enhancing its safety even further. The turret is also extremely low, reducing the vehicle's silhouette size and making it hard to hit.

Another main advantage of the concept is increased firepower. The turret is armed with a 120mm L/50 Swiss RUAG Defense Systems smoothbore cannon, improving the Al-Hussein's gun performance to NATO smoothbore levels. Firing trials were complete by 2005. The gun is automatically loaded and its rate of fire is listed at up to 8 rounds per minute. It is capable of firing standard NATO 120mm ammunition. The turret is also mounted with automatic fire suppression and NBC protection systems. 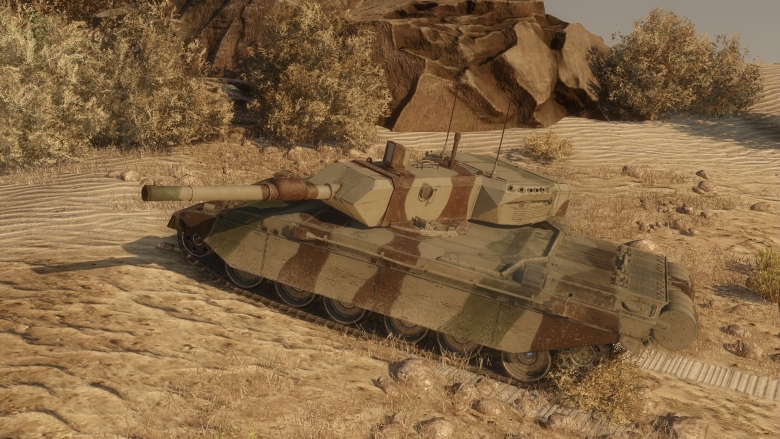 Unfortunately, for unknown reasons the FALCON turret program was never pushed to the mass-production stage. An improved version called FALCON 2 was unveiled later and there was also news about the development of a FALCON 3 turret, but there are currently no known plans for FALCON production for the Al-Hussein tank platform or any other vehicle in Jordanian service.

We hope you enjoy these new Collector's Edition vehicles and we'll see you on the battlefield!

On the 25th of August, both Open Beta servers will not be available for an extended period of time in order to implement a server-side stability hotfix