Krieger was sitting in a chair and watching one of the Polish Gepards roll by through the window. He had a knife in his hand and was absent-mindedly playing with it, fighting a soldier’s worst enemy: boredom. He was losing the fight. Outside, the snow was falling as hard as though the end of the world had arrived.

The norse version of it anyway. Might as well, he thought. At least it would spare him more of this drudgery. The days were short in Harz during the winter, and with the air transports grounded, there was little for him to do. He looked at the man sitting across the table from him, reading something on a tablet. The other man looked up and broke into a smile.

“Hans, my friend, you have to learn patience. “

He glanced at the window again as another White Lancer Gepard drove outside, followed by an APC from his own unit.

“Patience, Jacek? Like that time we had to rescue your men from that screw-up at Bielefeld? I believe you were very grateful for our hot blood back then, nicht wahr?”

He knew the other man didn’t exactly like being reminded of that particular event and was looking forward to a boredom-relieving argument, but all he got instead was an easy smile on the face of his counterpart.

“Ah yes, that. But whose delays caused us to be stuck here?”

Krieger clenched his jaw, knowing the other man was right – at least partially. But he wouldn’t be deterred that easily.

“Are you saying my men are worse than yours?” he asked in a mockingly menacing manner.

“That’s exactly what I’m saying”, replied the other man, the amused expression never leaving his face.

“Well now, what do you say to a little friendly competition?"

The other man considered for a moment, then nodded.

“Fine. I’ll bite. That PLM nest we’re about to clean up. If we bag more hippies than you do, we get ten crates of the best whiskey from that stash your people got their hands on a few months ago. The one they refuse to share. If you win...”

“...you can get a few crates of that beer you liked so much from our stores. After all, the brewery that made it doesn’t exist anymore.”

Krieger grinned wolfishly. The game was afoot. It was time to tell his men.

Two mercenary outfits. One objective. Will the Lancers or the Hellhounds win? You decide the outcome! Now is your chance to show what you are made of. Join one of the mercenary outfits and fight for your team’s glory to earn the spoils of war!

From the 16th of February until the 6th of March 2016, both the European and the North American server players will be able to join one of the mercenary teams using the dedicated website page. After the registration the choice cannot be changed. During the course of the event, players will accumulate Reputation in PvP or PvE battles, the sum of which will be displayed on the Armored Warfare website.

The Reputation will be assigned to the team the players selected. The team that has more reputation at the end of the round wins the round. Please note that only raw reputation counts, Premium Time does not affect the results.

The event will be split into three rounds (ending each time on Sunday). The rounds will run as follows:

The team that wins two rounds out of three is declared the winner.

Please note that each round ends at 24:00 PST. Both mercenary commanders Jacek Kowalski and Hans Krieger are also able to rally their troops during the event, increasing their unit's effort

Please note: The prizes will be distributed after the end of Round 3.

The White Lancers mercenary band formed from the remnants of several mercenary units severely reduced during the disastrous Siege of Bielefeld and is currently led by former Colonel Jacek Kowalski. A calm and composed leader, he managed to forge the battered survivors into a cohesive fighting unit. Eschewing heavy armor for the speed and agility of the WWB Gepard light tanks developed from the PL-01 prototype, the unit favors speed and agility, although its elite “Winged Hussar” assault platoon can bring the firepower of several Leopard 2 main battle tanks to bear.

The Hellhounds mercenary unit was formed after the unrest of 2029 in Germany. Its leader Colonel Hans Krieger is an aggressive, vicious commander who prefers to complete missions as swiftly as he can using the overwhelming firepower of an amassed MBT assault. Even though such gung-ho tactics take their toll on both men and vehicles alike, the unit’s efficiency is undeniable. 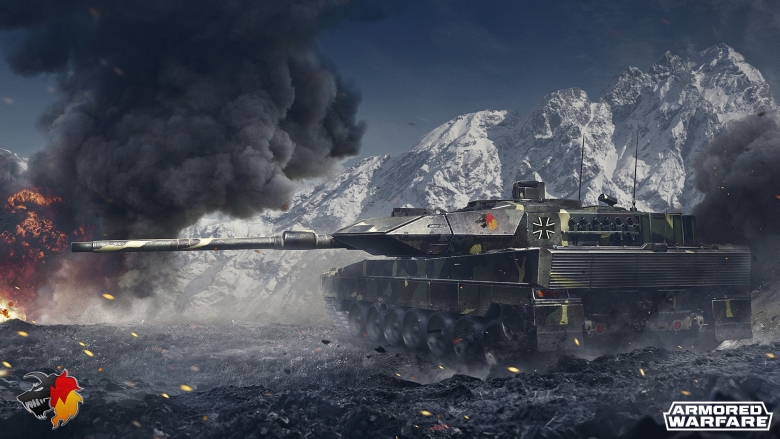 Join the fight now – see you on the battlefield!

Find out more about the results of the first round of the Mercenary Showdown!

Mercenary Showdown - Round 1 in Numbers

The Mercenary Showdown event is in full swing. Interested in how many players both team have or their average PvP winrate? Let's find out!