In the upcoming Panzer Showdown, three factions will clash - each for different reasons. Today, we are introducing the first one - the Maulers. 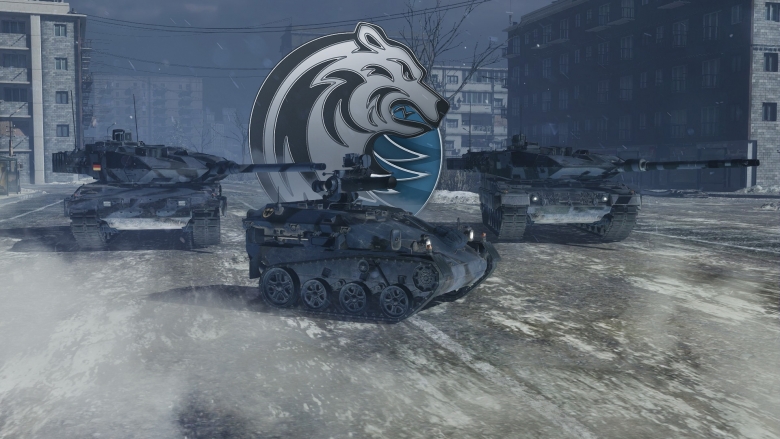 The marble-paneled walls of the high-rise office building in the center of Cologne radiated power and wealth. The city below was drowning in the haze of a mid-July heat wave, but the men and women sitting around hardly noticed, separated from the outside world by layers of steel and glass. Their entire existence was filled with silk suits, expensive watches, and high-end electronics. Theirs was a different type of warfare – without explosions and gunfire, but deadly nonetheless.

The woman at the head of the table was striking. Dressed in an expensive suit costing enough that many – even in this country – would kill for it, she was used to being the center of attention every time she entered the boardroom.

Today, the eyes of the entire board were fixed on a large screen attached to the wall next to her. On it, a man in a black military uniform with a polar bear insignia on his collar looked on. Even with the background noise of a battlefield (distant gunfire and explosions could be heard and the man flinched when a particularly loud blast sounded outside), It was clear even to an untrained eye that the man was on the verge of panicking.

“Madam Director, we can’t possibly hold!” he shouted over the sound of another explosion.

“The terms of the contract are clear, captain. Retreat and our agreement with the client will become void. This way, even if your forces are defeated, we will have fulfilled our obligations.”

The man looked away for a moment and shook his head at someone behind the camera. He seemed to be mustering the courage for something.

“Director, we’re not getting paid enough for this.”

“Listen to me, captain. You will follow your instructions and you will hold your ground. In any other case there would be...” she paused “...consequences.”

A photograph of a woman and child appeared on the screen, partially covering the battle feed. Even with the feed’s low resolution, the men and women sitting around the table could read the shock and disbelief from the soldier’s face. Seizing the moment, the woman added:

“In case something unfortunate happens, your family will be well-provided for.”

The man said nothing, staring into the screen blankly. Finally, he saluted and cut the feed. The woman turned towards the board.

“Ladies and gentlemen – our contract will be fulfilled and the contract insurance will cover the vehicle losses. As for the men, there are always more where they came from.”

She paused again, her face twisted into a cold, cruel smile and added quietly, almost as if she was talking only to herself:

“War is business. The trick is to have someone else pay the bill.”

Lodestar GmbH was founded in the tumultuous late 2010s as a logistics company by one of the most shrewd and capable businessmen in the world, Reiner Schepke. Endowed with business acumen unseen since the industrial revolution, Schepke managed to turn the small logistics company into a trading empire with offices all across the world in the space of 15 years. By 2025, hundreds of thousands of tons of cargo were moved by the company’s ships and airplanes to destinations around the world, and Schepke became one of the most powerful businessmen on the planet. 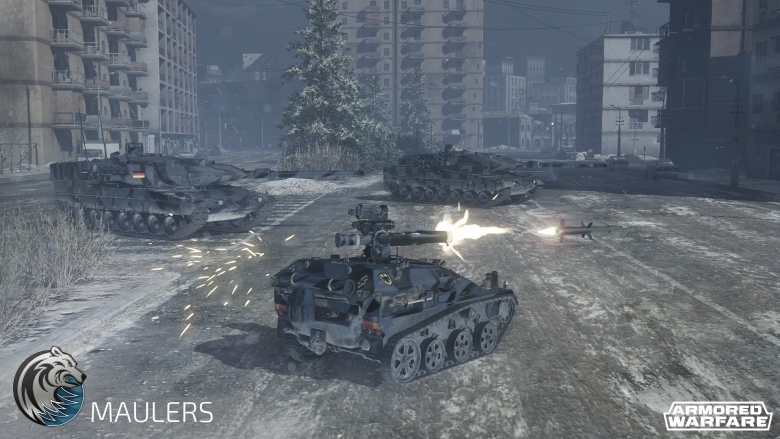 In the ever increasing unrest, Lodestar, under Schepke’s leadership, offered something the world craved the most: stability. Schepke quickly recognized the need to provide not only logistics, but also reliability. Cargo transportation by itself was perilous, and with more and more regions of the third world collapsing into anarchy, the security provided for the cargo was as valuable as the transport capacity itself.

Lodestar initially employed third party private military contractors to provide protection to its transports, but given the extent of its world-wide operations, what started as a small Lodestar security division soon turned into veritable private army. However, the true expansion began when Schepke put his only child, Erika Schepke, in command of the security branch.

Erika Schepke was born to a world of plenty, but instead of the bright future her father worked so hard to achieve, she was forced to watch it unravel before her eyes. Protected by her father’s influence, she never experienced the true strife of failing societies. From her sheltered world of private education, she gradually started feeling nothing but contempt for the masses, who she believed were responsible for their own fate, and she was convinced their suffering was of their own making. 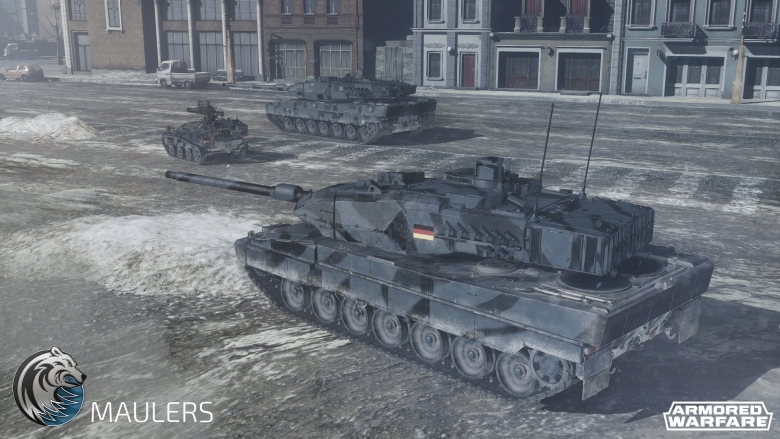 It was this attitude that caused her father to elevate her to a managerial position in his company. For all her flaws, Erika Schepke turned out to be an extremely capable businesswoman due to her extreme dedication to her job as well as – some say – her lack of empathy, tripling the profit of the security division within two years. Under her leadership, the rules of engagement changed considerably from passive protection of cargo to pre-emptive strikes and suppression. Her men and women became ruthlessly effective in their tasks and over the years earned the nickname “Maulers”. Where the Polar Bear crest of Lodestar was previously known as a symbol of security and protection, it now represented terror and unbridled aggression.

Several years after the security division’s re-organization, and following the increase in profits, company armored forces were added to the payroll. Consisting of top of the line equipment and Bundeswehr veterans, the Maulers quickly carved a reputation even amongst seasoned mercenary forces and became known for accepting every contract as long as the price was right. Erika’s name gradually became better known than her father’s amongst soldiers of fortune. If Reiner Schepke had any objections about how his daughter ran the security division, he never voiced them before his sudden death. Inheriting the rest of the company, Erika Schepke suddenly became one of the most powerful women in the world.

The Hound and the Bear

With the meteoric rise of the Lodestar reputation, a conflict with another major mercenary force was only a matter of time. The first conflicts came soon after Erika Schepke had taken the control of the company. During a routine cargo run in central Germany, a small Mauler unit was ambushed and driven off by a superior force of the renowned Hellhounds PMC, aided by White Lancer logistical support. The Hellhounds captured the cargo for their client and, although deep inside Erika understood it was just business, the possibility of her forces losing to another PMC was an unwelcome surprise to her.

In her typical calculating fashion, she attempted to deal with the problem by offering the White Lancers a lucrative contract to turn them against their Hellhound allies, but the refusal of both PMCs to turn against each other even for what she perceived as an irresistible offer left her with the realization that in order to break their influence, she’d have to destroy both of her opponents in one fell swoop. Dismantling both PMCs piecemeal would only allow them to recover with the resources of their fallen compatriots, which would inevitably make her own forces a prime target for the combined vengeance of the Hellhounds and the White Lancers, which was something she was not willing to risk.

Instead, she set a more complicated plan into motion. She would hire both PMCs, through a series of legitimate proxies, to guard what was described to them as a valuable former military depot and research installation in the middle of the Teutonburg forest. It was there that she would spring her traps, pinning both the Hellhound and the Lancer forces and beating them into submission.

After months of preparations, the trap was set and both the Hellhounds and the White Lancers committed the bulk of their armor - nearly two battalions - to protect the “invaluable” research installation. The reason for this show of force – or so the PMC representatives were told – was to ensure no-one in Germany would challenge the combined might of the two PMCs.

Both PMC leaders, Hans Krieger and Jacek Kowalski, quickly agreed to the terms presented to them by one of Erika’s proxies. The upkeep costs of their units were staggering, even with the amount of money the Hellhounds and Lancers were making, and the opportunity to use one of client’s bases with the client paying for their fuel, electricity, food, and water was far too good a contract to pass up on, especially if it only involved babysitting a bunch of scientists and an occasional patrol. Entire convoys of vehicles entered the vast underground garages with only a few patrols of armored vehicles stationed on the perimeter. After all, should the enemy approach with anything that could threaten the patrols, the vehicles would be spotted immediately and the forces in the garage could be deployed. At least, that was the plan… 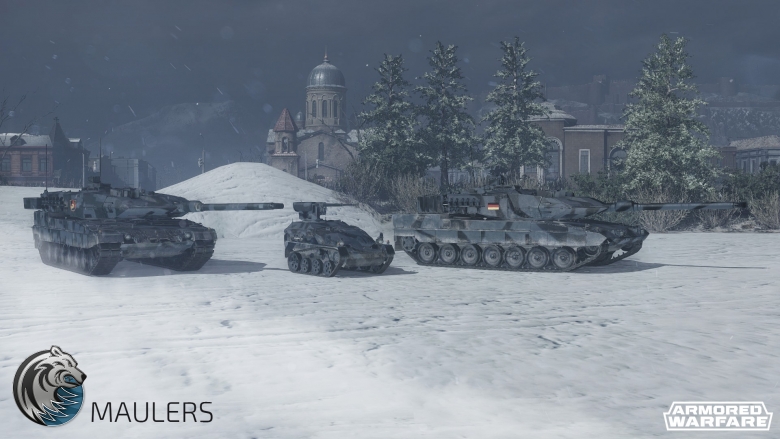 Operation Arminius began a week after the PMCs had moved into the installation. Under the cover of night, hundreds of Lodestar infiltrators entered the facility through prepared entry points, exploiting the carefully crafted blind spots in the security system while the bulk of Lodestar armor moved towards the active Hellhound patrol. The fight on the surface was short and brutal, with the Hellhound patrols quickly destroyed and the White Lancer guards wiped out to a man. The infiltrators engaged the Hellhounds and Lancers that had been asleep inside while assassins struck at the officers to sow chaos.

The fight inside devolved into a brutal close quarter battle with high casualties on both sides, but the steady stream of Lodestar reinforcements eventually overwhelmed the defenders. Less than a hundred Hellhounds and White Lancers survived the battle and fled into the woods. Nobody pursued them – the objective was achieved. The White Lancers were practically wiped out and the military might of the Hellhounds was thought broken forever.

With her closest adversaries finished, Erika set her sights on the south, for a new threat to her power was forming in Bavaria.

Find out about the second faction of the Panzer Showdown event - the relentless, vengeful Remnant

Find out about the third faction of the Panzer Showdown event - the stalwart, resolute Bulwark