Update 0.13 is bringing the long-awaited third dealer Zhang Feng and the Chinese Main Battle Tanks. These vehicles include:

This new line can be unlocked in two ways:

The Chinese vehicles are, as a whole, well-rounded and without any significant drawbacks. While their guns generally do not have as high damage per shot value as those of the Russian T series, one of their main features is their good steady rate of fire, resulting in relatively high damage per minute values. Although generally not as well armored or as mobile as other Main Battle Tanks of the same tier, they offer balanced gameplay and steady performance. 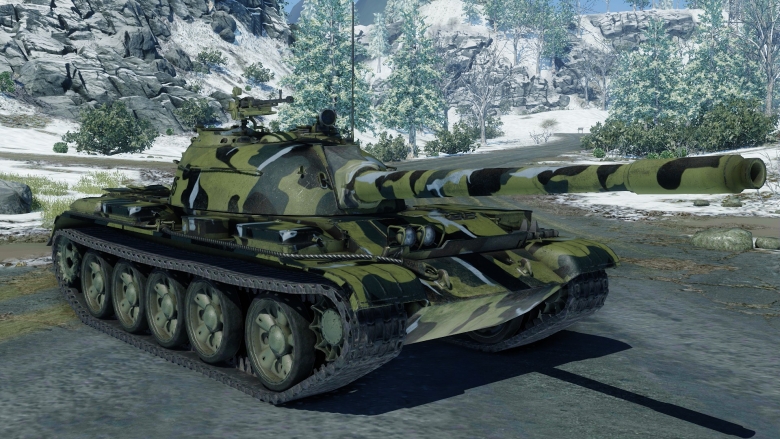 Originating as a pure copy of the Soviet T-54A, which was imported to and later mass-produced in China in the 1950s to replace the aging Type 58 (an imported T-34), the Type 59 Main Battle Tank gradually evolved into quite a different vehicle. The Tier 3 version features the basic characteristics of the early version – adequate mobility, excellent frontal sloped armor, a sturdy turret and a solid 100mm gun capable of firing AP, HEAT and HE shells. 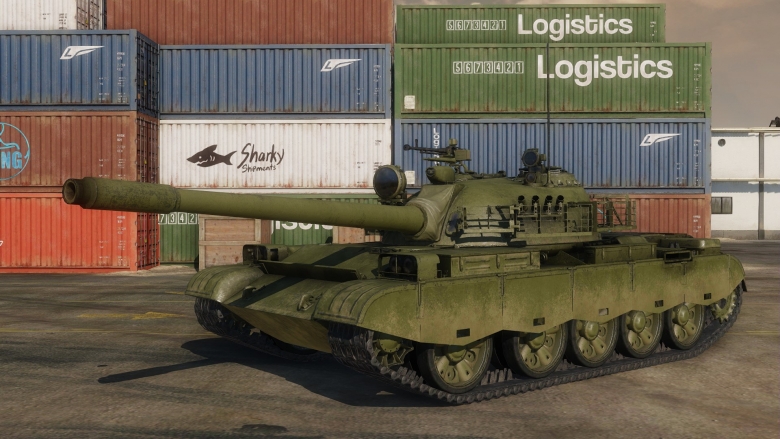 The Type 69 is an upgrade of the Type 59 tank, featuring some elements from the T-62 Medium Tank that the Chinese captured during the Sino-Soviet border conflict in 1969. In its basic form many of the characteristics are shared, but the original 100mm D-10 gun can be switched for a 105mm rifled L7 variant installed in real life on the Type 79. A well-balanced tank without any significant drawbacks, the Type 69 will perform well in the hands of most players. 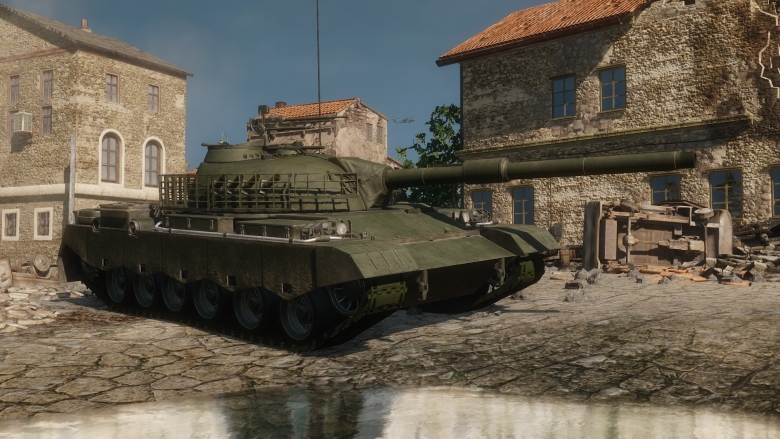 The Type 80 is a prototype second generation Main Battle Tank, designed to replace the aging Type 59 that was even in its upgraded versions slowly becoming obsolete in the 1970s. Like its predecessors, the Type 80 features well-sloped frontal armor and a hemispherical turret, but the original 100mm gun was replaced with a 105mm rifled gun comparable in performance to the Royal Ordnance L7, which can fire HEAT, HEP and APFSDS rounds. The vehicle can also be upgraded with an applique armor kit and smoke grenade launchers. 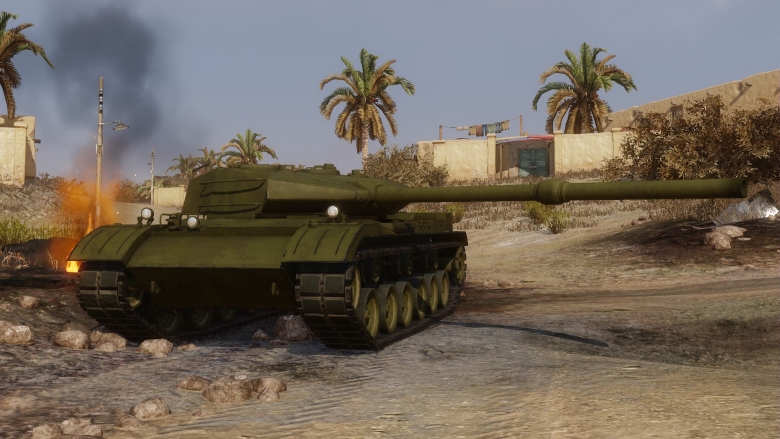 The WZ-1224 prototype is the first Chinese premium tank. It was another attempt from the 1970s to replace the Type 59 with something more powerful. Unlike many of the older Chinese vehicles, the WZ-1224 doesn't have a cast turret or a rifled gun. The turret was replaced with a welded design, which was very different from the previous Chinese tanks. The Soviet 125mm 2A46 smoothbore gun with an automatic loader was selected as a replacement for the older armament. The tank was also equipped with much western technology (including a powerful Maybach engine) and the suspension was clearly inspired by the American Patton series. Although the vehicle was very modern for its time, the trials were largely unsuccessful due to a number of issues with the automatic loading mechanism, the turret and the engine. In Armored Warfare, the WZ-1224 is a mobile Tier 5 MBT with good firepower. One of its interesting features is the presence of no fewer than three universal retrofit slots, making this tank quite customizable. 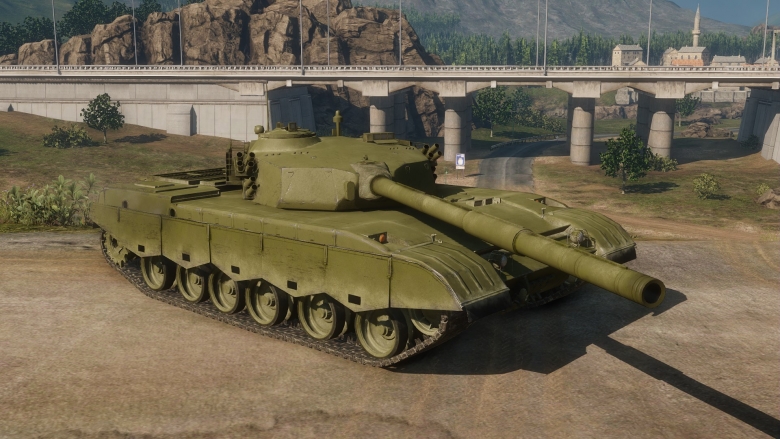 One of the evolution variants of the Type 80. The main features of the Type 85-IIM are its welded turret and 125mm smoothbore gun with an automatic loader. The tank has well-sloped armor and can be compared to another Tier 6 MBT – the T-72A. Unlike its Russian counterpart, the Type 85-IIM cannot be equipped with an ERA kit, but the Chinese tank is more agile, accelerates faster and has better gun handling characteristics. The gun can fire HEAT and kinetic ammunition.

This vehicle was heavily influenced by the T-72 and developed as a reaction to the shock caused by the ease with which American forces in Iraq destroyed a large number of Soviet-made tanks, which were believed until then to be of sufficient quality. It is the first Chinese vehicle to feature modular armor as well as an ERA kit. The firepower of the indigenous (albeit heavily inspired by the 2A46) 125mm smoothbore gun is also excellent – this tank can fire the standard types of rounds (with the exception of High Explosive), but the gun can also launch guided missiles. While not adopted by the Chinese themselves, the Type 90 eventually evolved into the Al-Khalid export tank for Pakistan. 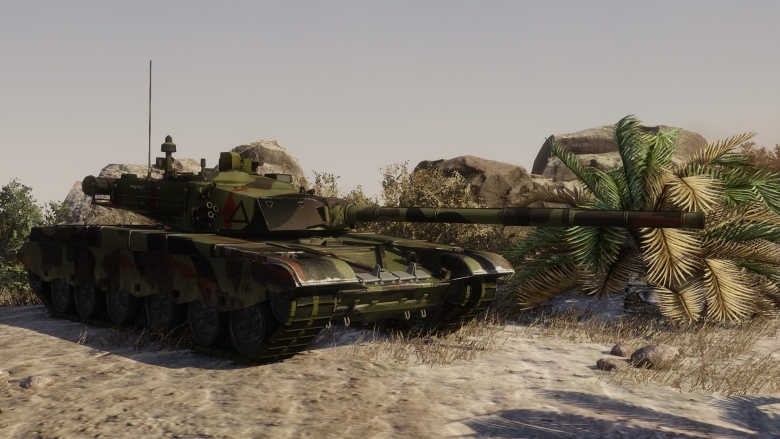 Chinese tank development continued with the Type 98 MBT. Introduced in 1999 during a military parade in Beijing, this tank is quite different from its predecessors. It resembles the T-72, but the turret is welded. The main armament is a fully stabilized 125mm smoothbore gun that can fire APFSDS, HEAT and HE rounds as well as launch guided missiles. It can be equipped with an APS and smoke grenade launchers. While not as well-protected as the T-90, the Type 98 is faster, more agile, accelerates better and has more comfortable gun handling (including better gun depression).

We hope you will like these new additions to Armored Warfare – see you on the battlefield!

Somewhere in London about two decades from now...