One of the vehicles coming in Update 0.13 will be the Polish BWP-1M Puma. This Tier 4 Armored Fighting Vehicle is an upgraded version of the BWP-1. 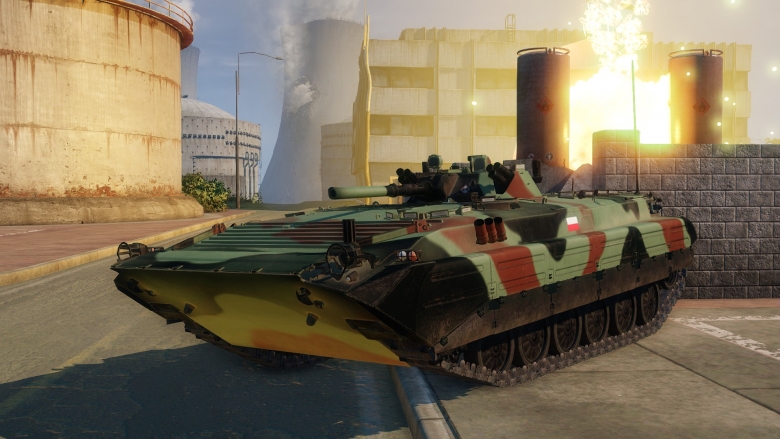 The BWP-1 IFV (BWP stands for “bojowy wóz piechoty” – literally “infantry fighting vehicle”) is a license-produced version of the original Soviet BMP-1. The birth of the BMP-1 in the Soviet military was quite complicated and represented a shift from the “battle taxi” doctrine (lightly armored vehicles transporting troops to the front lines and then retreating) toward a fire support role for army transports, combined with amphibious capability – a demand born from the World War Two experience in which Soviet troops had to forcibly cross rivers and other bodies of water, often under fire. Produced between 1966 and 1988 in the Soviet Union, more than 20 thousand were built, making the BMP-1 one of the most common IFV’s in the world even today. But apart from the Soviet production, the BMP-1 was license produced in other countries as well. 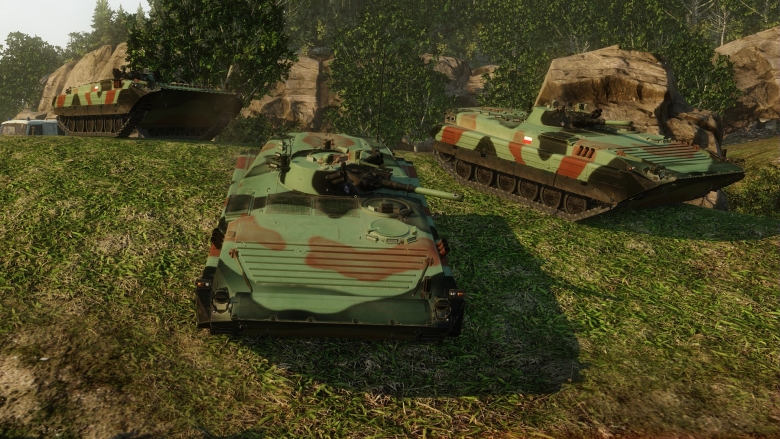 The history of one particular license-produced variant, the BWP-1, started – much like that of another APC, the OT-64 – in Czechoslovakia. In 1966, a license production contract was signed between former Czechoslovakia and the Soviet Union, which included plans to produce the BMP-1. The first vehicles rolled off the assembly lines in 1968 and the BMP-1 (under the designation of BVP-1, which stands for “bojový vůz pěchoty”) was mass-produced in Slovakia (Podpolianské Strojárne Detva and ZTS Dubnica nad Váhom) between 1970 and 1987 with 17,295 built (excluding the specialized BMP-1 versions). Based on the Warsaw Pact production distribution, Czechoslovakia became the main producer of BMP-1/BVP-1 for the entire east bloc. 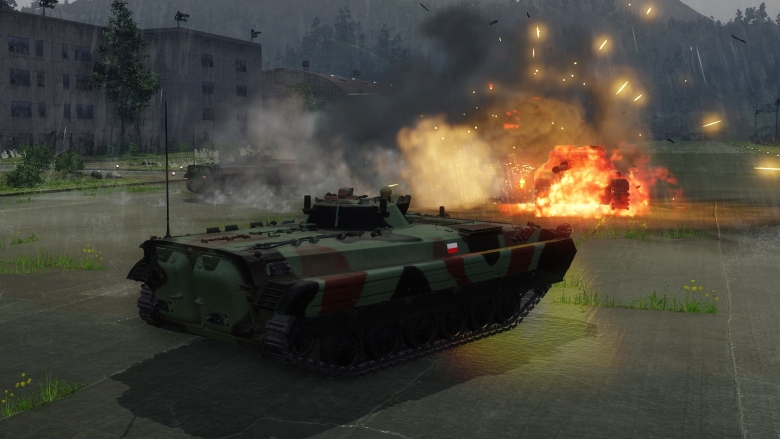 Poland on the other hand never produced the BMP-1 on its own. Instead, they purchased the Czechoslovak BVP-1 and re-designated it to BWP-1. The first vehicles were delivered to Poland in 1973. The export consisted of two batches:

Originally, Poland intended to license-produce the BMP-1 as well in Huta Stalowa Wola with plans for production being laid down in 1967. It was to be produced under the designation TB-40 (TB stands for “transporter bojowy” – literally “combat transport”). According to Polish sources, 85% of assembly plans and 70% of detailed drawings were imported from the USSR and the assembly space was built as well (around 600 thousand złoty was spent) but the program was cancelled in 1969 by the First Secretary of the Polish United Workers' Party Władysław Gomułka personally, citing too high a price for such an undertaking. For a while it was considered whether to co-produce the vehicle with Czechoslovakia, but the Czechoslovaks refused after the problematic experience with joint production of the OT-64. The BWP-1 is currently still in active service in the Polish army.

While an advanced design for its time, in the 1980s-1990s the BMP-1 was already considered rather obsolete, especially when it came to protection, and multiple attempts were made to improve its performance. In the 1990s, the Polish military evaluated several prototypes designed for this very purpose. This development led to the notion to improve the hull as much as it could be improved and the result of this initiative was an improved vehicle called BWP-1M “Puma”. The BWP-1M project consisted of several stages – with various turrets and armaments. The one featured in Armored Warfare consists of the standard BMP-1 turret that is equipped with smoke grenade launchers and laser designation warning system. The side protection is increased by two skirts covering the tracks. The floats are extended to increase their displacement and to improve the vehicle’s amphibious capability. The electronics and communications equipment were upgraded as well. 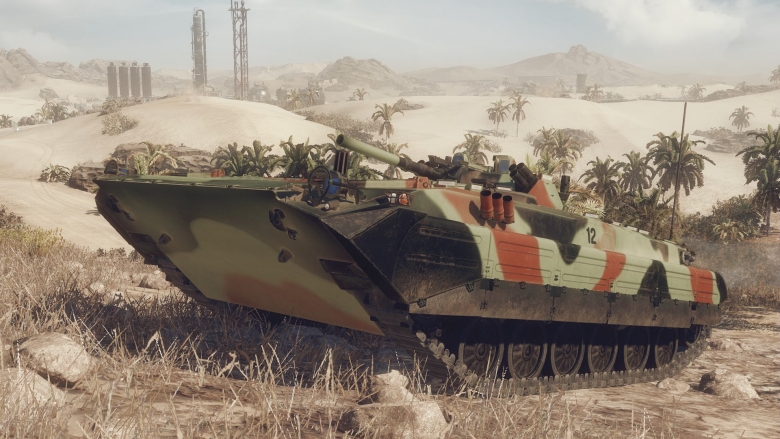 The vehicle with the BMP-1 turret represents the first stage of the “Puma” development. Between 2001 and 2009 several turrets – including foreign unmanned ones (such as the Israeli RCWS-30) – were tested on the “Puma” hull. There was a plan to upgrade a large number of BWP-1’s to the Puma standard and the prototype of the finalized variant was supposed to be ready until April 2011, but the requested number of vehicles was constantly being reduced until – in October 2009 – the project was finally cancelled in prototype stage due to “unfavorable results of the trials”.

In Armored Warfare, the BWP-1M Puma will not be possible to unlock though the Dealer system. Instead it will be available through various promotions and all players will have a chance of obtaining one. The Puma will be available in Polish military camouflage.

Discover one of the most capable Polish leaders and decorated soldiers of Second World War and his fate. While all the Polish troops in Second World War were known for their bravery and tenacity, few embody those qualities as completely.