Today, we’d like to show you another historical skin that we are working on – Russian T-90MS with the Nakidka camouflage. 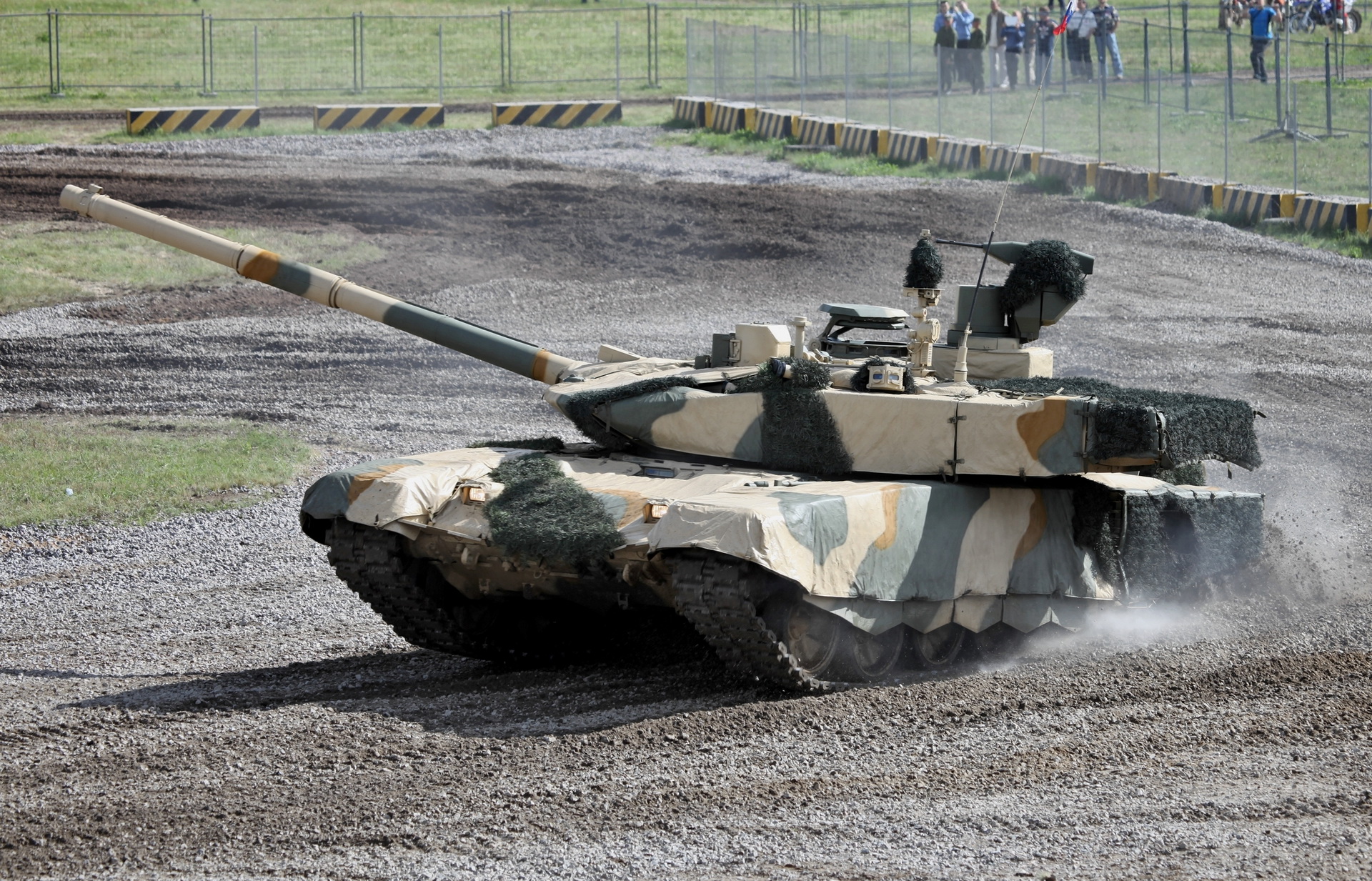 Nakidka is a special system, developed in the early 2000s in Russia by the “NII Stali” military research institute in Moscow. In its core, it’s a camouflage made of an undisclosed radio-absorbing and IR-dampening material, intended to make large vehicles such as tanks easy to conceal on the battlefield, even from radars and thermal imagers. 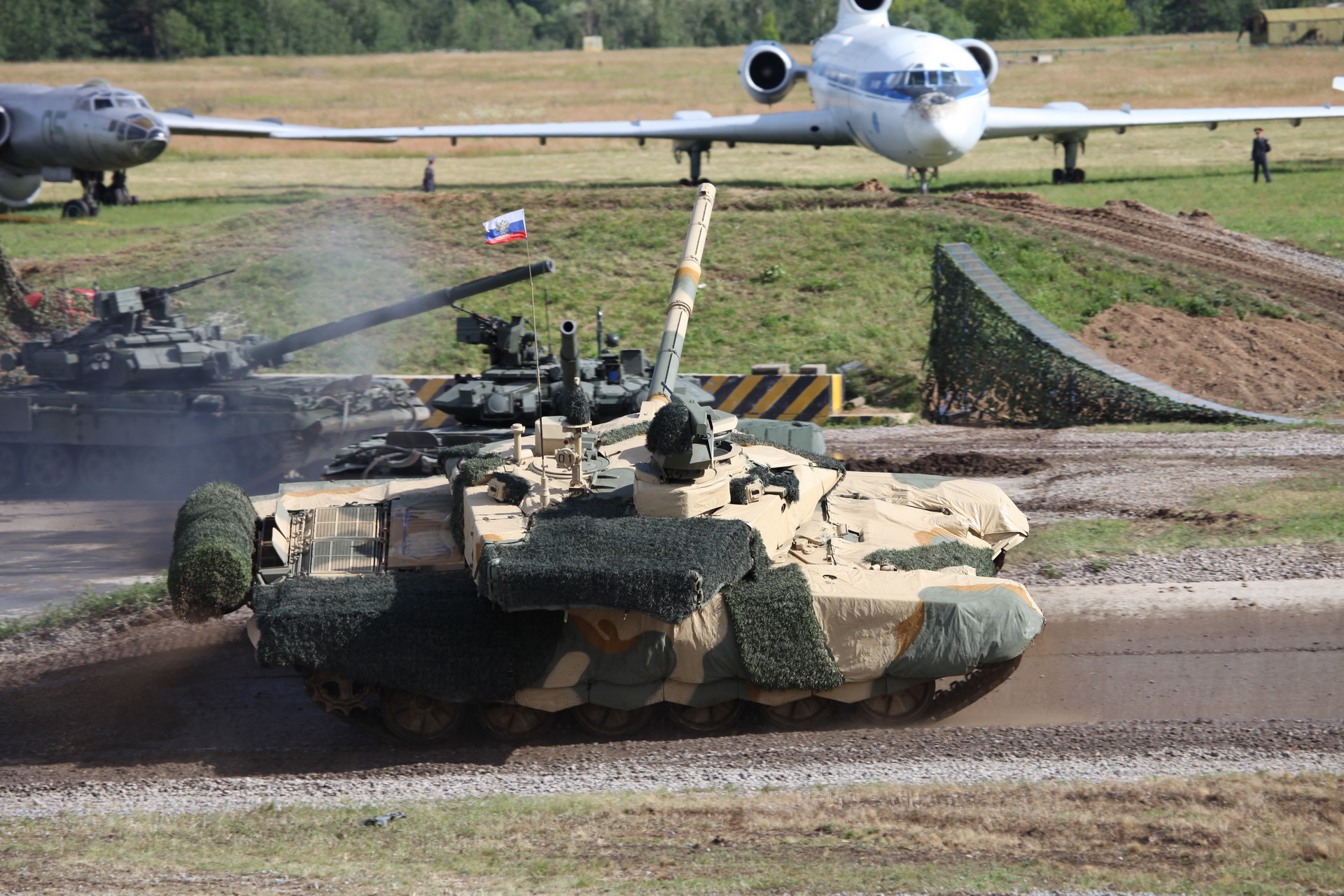 According to various Russian sources, it’s quite effective, reducing the range the U.S. Boeing E-8 Joint STARS is able to identify wheeled targets from tracked ones (based on different Doppler effect signatures) from approximately 180km to roughly 30-40km. 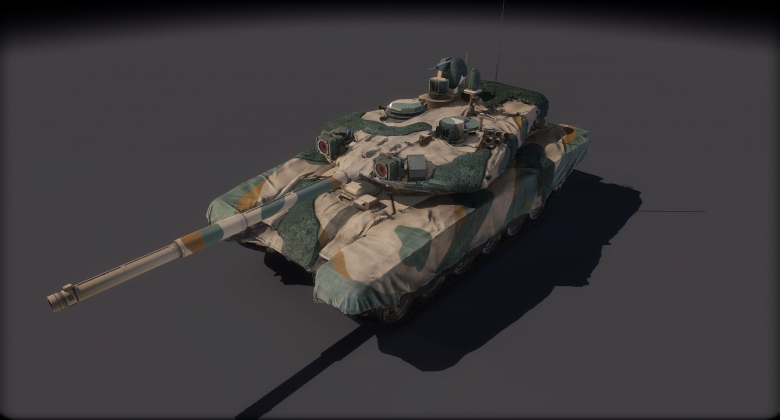 The first prototype was likely shown to the public in 2005-2006 on a T-72B MBT, leading to some purchases of the system by the Armenian military. By 2005, the cost of one set was 2675 USD. The Russian military itself seems to not have adopted this system and it is intended mostly for export. 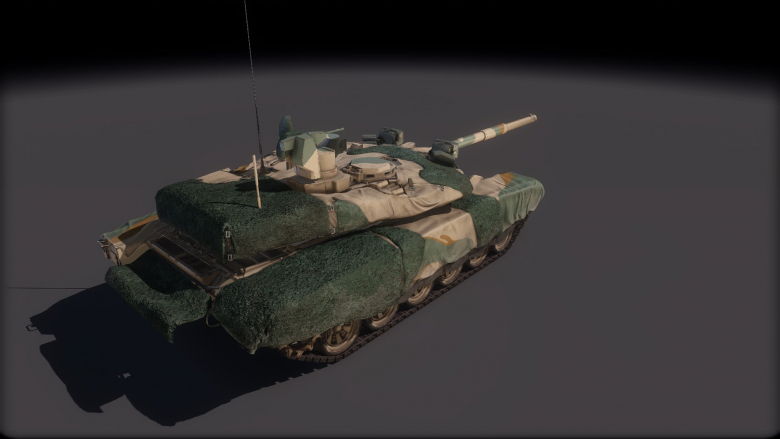 The model we have decided to implement in Armored Warfare comes from 2012, when an upgraded Nakidka system was demonstrated on a T-90MS MBT intended for export. It consists of a basic striped camouflage (ochre, brown and green), covered by green netting resembling artificial grass.

Like we mentioned before, the skin will be available for the T-90MS Tier 9 Main Battle Tank during an upcoming November event. We hope that you will enjoy this skin as much as we enjoyed creating it for you and, as always: