As you already know, we have another very special event called Whispers of Frost coming in December. The main prize of the event will be the Russian Service Pattern skin for BMPT Mod.2017, but there will of course be other prizes as well. Today, we’d like to tell you more about one of them – the Uralvagonzavod (Early) camouflage. 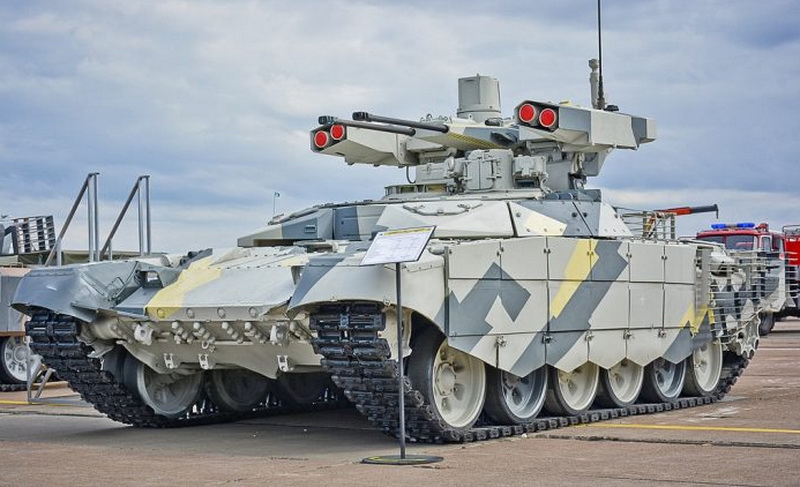 Uralvagonzavod has a history of fancy paintjobs for its presentation vehicles. These “camouflages” are typically not intended for battlefield use – instead, they are supposed to catch the eye of a potential customer. 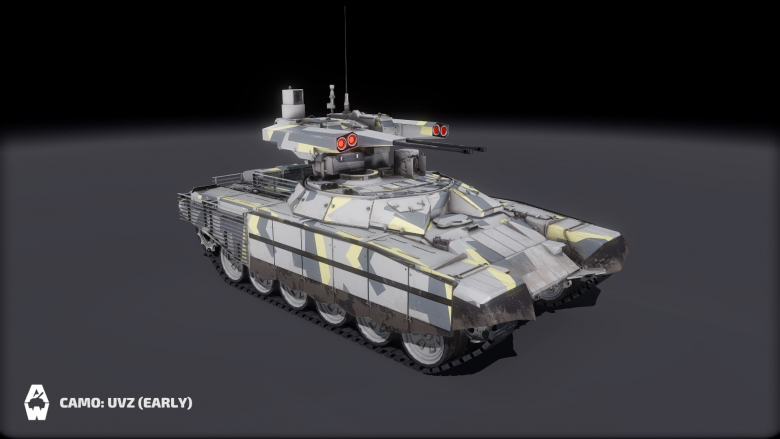 You are, of course, already familiar with the UVZ desert pattern we have already in the game. This is another variant of the UVZ promo pattern, as seen during the 2014-2016 Army expos in Moscow on a BMPT-72 prototype. It consists of a light grey surface with dark grey and light yellow sharp-edged spots. 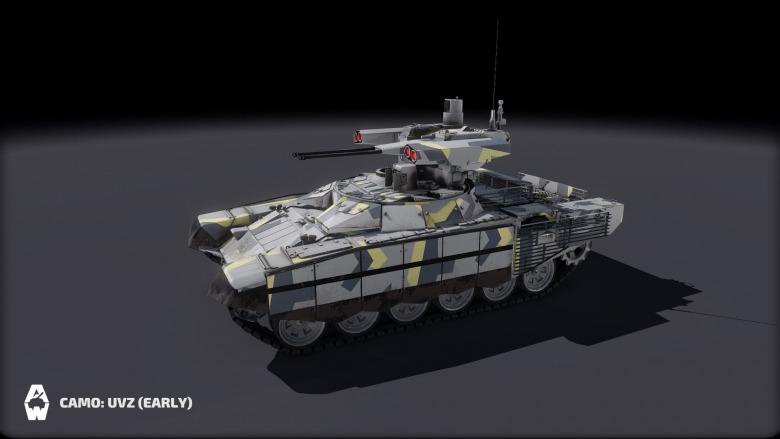 In real life, this camouflage would sort of work as a silhouette breaker, possibly in urban combat. It was discovered long ago that breaking the silhouette by painting lines or other shapes on a tank makes it harder to spot it immediately. In a battle, every split second can mean the difference between life and death. 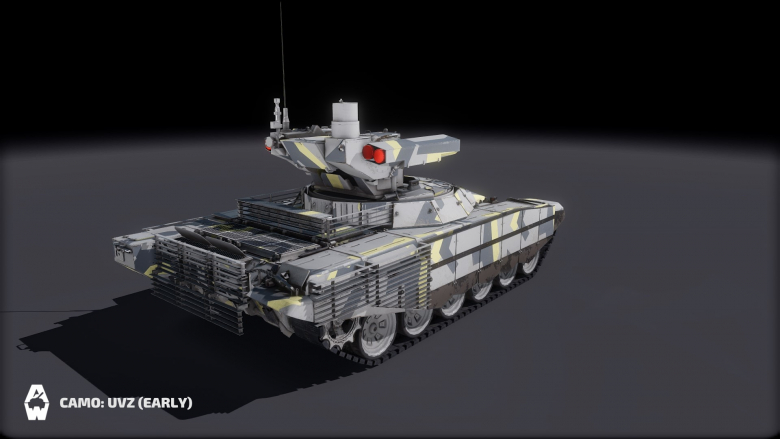 But that’s not all. There are other prizes waiting for you in the Whispers of Frost event, such as:

And much more. We hope that you’ll enjoy it and, as always: