Today, we’d like to tell you more about two camouflages that will become available for free in July.

The first one is a brand-new American camouflage called TALON.

A little bit of history first. As you already know, the U.S. Army used a pattern series called MERDC up until the mid-1980s. By 1984, the MERDC set was replaced by a unified NATO camouflage, which was used by the Germans, the French and other members of the NATO. This camo pattern is also referred to as CARC (Chemical Agent Resistant Coating) and consists of brown, green and black stripes. We have it in the game as well by the way, in two variants – French and German (the French used somewhat lighter brown on some occasions).

This is, for all intents and purposes, the NATO camouflage that is used to this day. It was also adopted by newer NATO members such as Poland and the Czech Republic and is easily convertible into a winter pattern by painting wide white stripes over it using a washable paint. Naturally, since the early 2000s (and especially the Iraq war), the need to camouflage vehicles for European conditions was overshadowed by multiple desert environment conflicts, so the American vehicles we typically see these days use a single CARC color called Desert Tan (this is an older color that was used during the Desert Storm operation) a later CARC color called Middle Stone (or Sand), which was in wide use during the Iraq War. 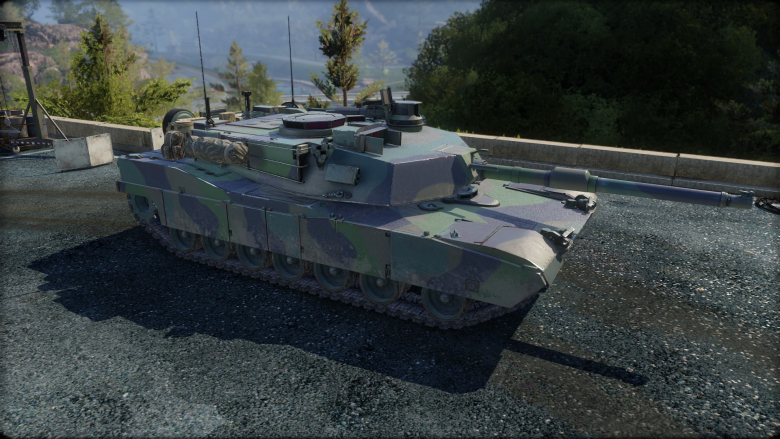 However, with the end of the War on Terror and the American re-focus towards more conventional battlefields (including the European theater of war), the colors green and brown came, once again, into fashion.

Enter the TALON. This new camouflage is essentially similar to the NATO pattern, but, in its forest configuration, has one extra color (lighter green). The pattern itself isn’t really revolutionary though. The real trick behind the TALON coating is that:

The TALON camouflage is a part of the Ground Vehicle Coating System program from 2018 to develop a new generation of military coatings (not just for armor) and was first reported on around March 2019 with the initial testing taking place in Florida. Some sources also claim it helps mask the IR signature of a ground vehicle. It was shown on various Abrams tanks (including the M1A2C model, presented to Donald Trump in the Abrams Lima factory) and on the Bradley Fighting Vehicle. The plans are to start converting existing vehicles (especially the Abrams tanks and Strykers) to the TALON pattern and have the first fully converted units available by 2021.

The second camouflage is also relatively-new. It doesn’t have an official name, but we call it Scorpion. 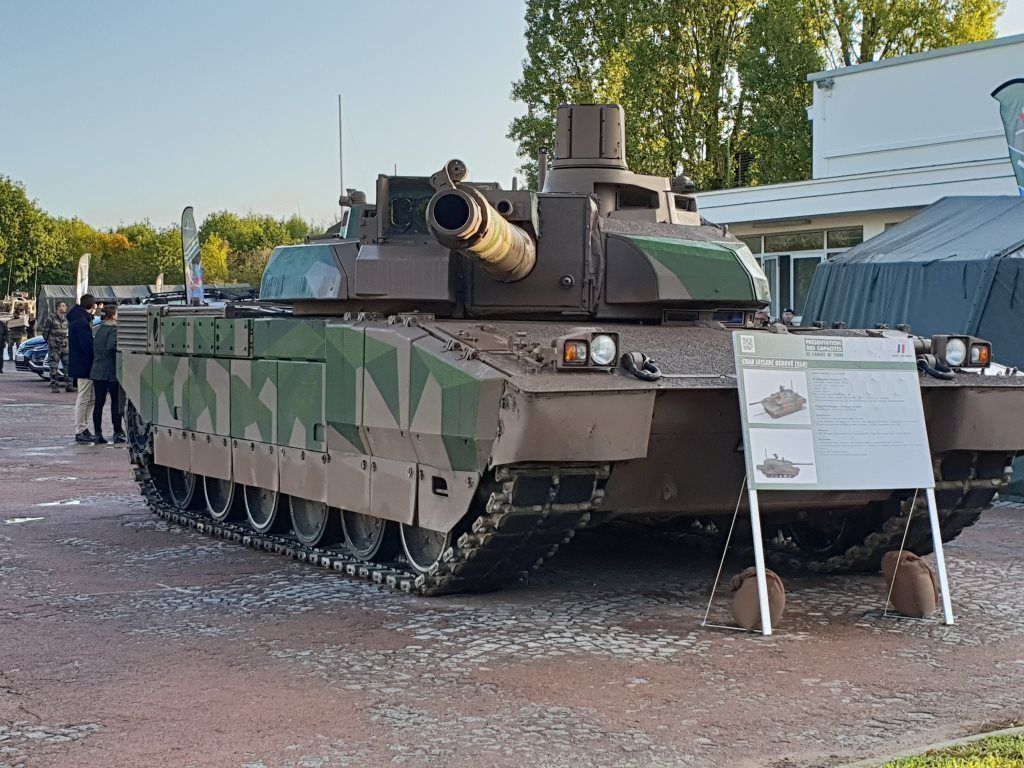 Scorpion camouflage on a Leclerc MBT

It started appearing on various vehicles of the French Scorpion program, most notably the Leclerc Rénové MBT (also known as Leclerc XLR). The camouflage was actually named Scorpion by a journalist writing about the Leclerc T4 prototype, so the designation is likely not official. 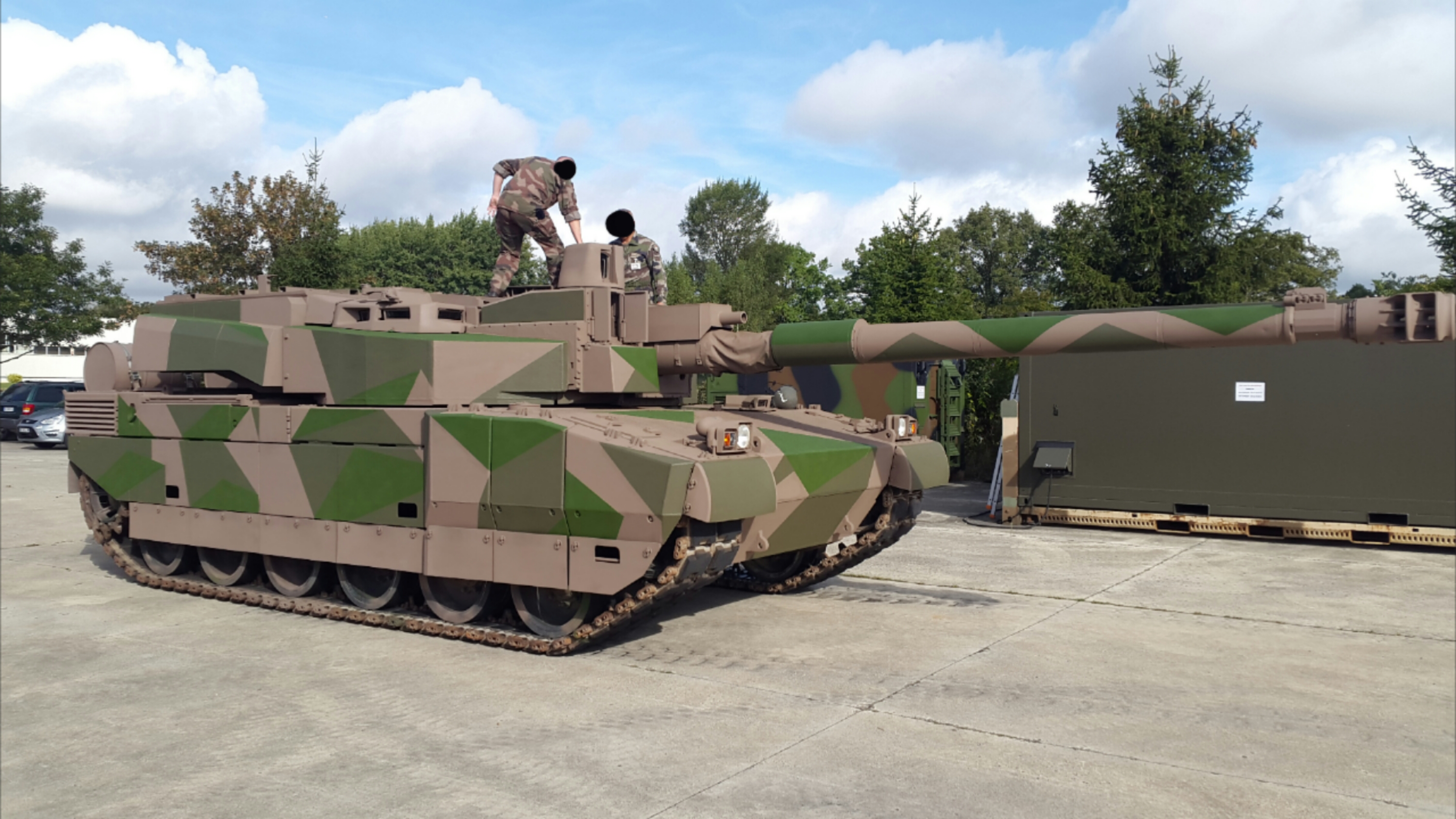 This pattern consists of sharp-edged dark green and light green shapes on light brown background. There were several iterations with an early one appearing in 2015 or so on the leaked Leclerc T4 photos.

With that being said, the history of the pattern is unclear as it seems to be still somewhat experimental. The early pattern was rather simple with the later images showing the distinctive shapes that we tried to emulate, but more variants appeared on multiple vehicles shown to public.

In October 2019, a plan was unveiled to start using this type of camouflage to re-paint over 10 thousand French combat vehicles, following the 33-year use of the standard NATO camouflage. According to some French army officials, this camouflage creates a 3D illusion that makes even a tank very hard to spot at 1000 meters or longer and the AI shape recognition time (an ever more important element of modern fire control systems) increased from roughly 8 seconds to more than a minute. Desert variants were allegedly developed as well, although these have not been unveiled to this day. 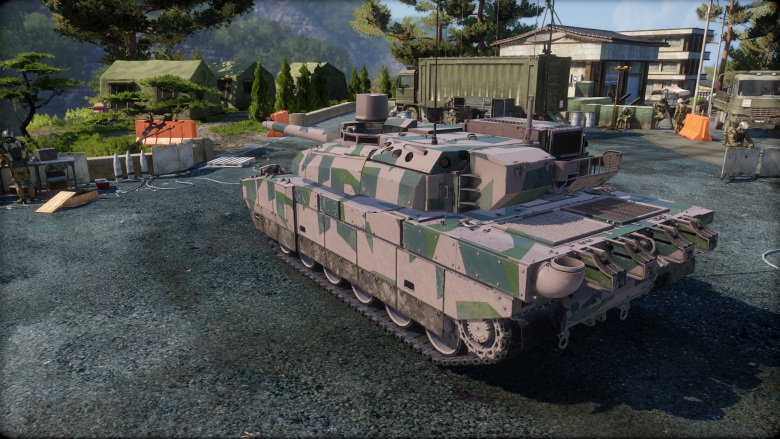 It’s worth noting that due to the technical limitations of the Armored Warfare camouflage system, we weren’t able to replicate this pattern perfectly and it looks a bit different from the more recent versions. Simply take “our” Scorpion pattern as one of its iterations.

These camouflages will be usable on all vehicles and for all environments. We do hope you’ll enjoy them and, as always: