Today, we’d like to tell you more about another historical camouflage that will become available in September. This time, we’ll be introducing the iconic Volna (“Wave”) camouflage from Russia.

This was a non-standard camouflage from 1996 and 1997, painted on a unique T-80BV MBT serving in the town of Sertolovo in the Vsevolozhsky District of Leningrad Oblast, Russia (unlike the city of Saint Petersburg, the area retained its Leningrad name from the Soviet times).

The camouflage was very likely a one-off piece of art. It imitates the wave shimmer pattern on a dark blue background. The “shimmer” pattern is likely air-brushed. 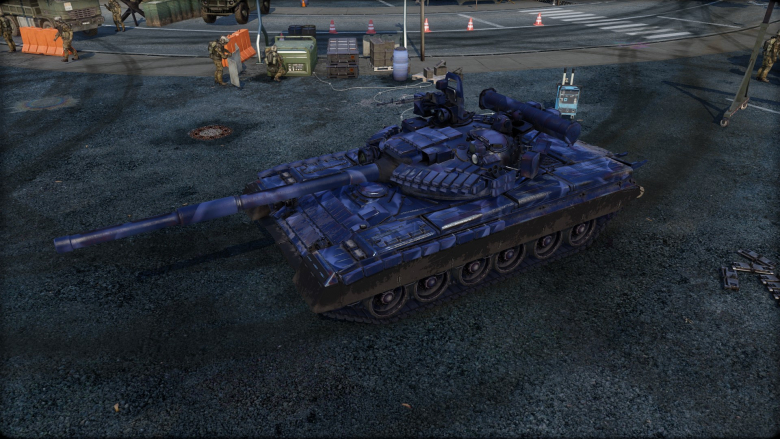 One might be asking though, what’s the point of painting a service MBT this way?

The answer is, most likely, promotion. On the video linked above, the tank can be seen driving around with people in civilian clothing. This is, of course, something many countries do to promote their militaries and Russia is no exception. It’s not an official service camouflage, but your T-80B would look really cool in it. 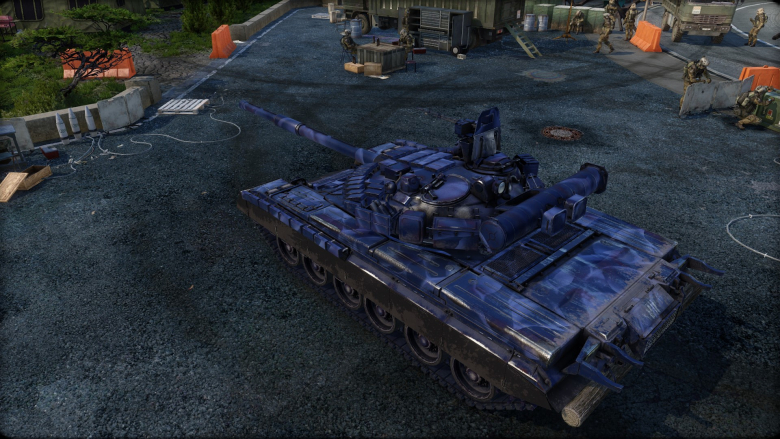 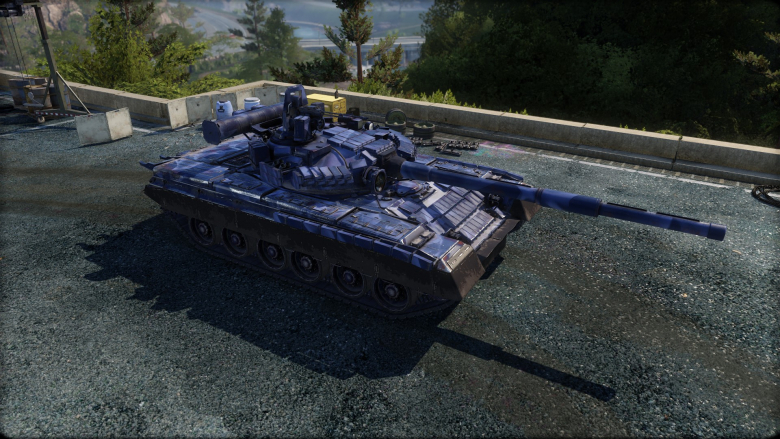