Following the success of the Russian historical camouflages, we’ve prepared another set of interesting patterns for you. Summer is here and, with it, sun and holidays – so we thought, why not introduce some patters from the countries of the Mediterranean?

We’ve prepared a set of six camouflages from Greece, Italy and Cyprus for you to enjoy. As we stated in the last issue, they will not be exactly a hundred percent match to the photographs we are working with due to the fact that we need to make them fit far more vehicles than just one, but we will definitely try to make them as close to the real thing as possible.

With that being out of the way, let’s take a look at what camouflages will be coming in the near future:

Two Greek camouflages are based on the pattern often seen on Greek Leopard 2s – be it the older Leopard 2A4 MBTs or the new Leopard 2A6 HEL MBTs. Following the intensive 1998 trials in which the Leopard 2A6 did beat its competitors (including the Challenger 2E, Oplot, Leclerc, T-80U and Abrams), the Hellenic Army acquired some 170 Leopard 2A6 HEL tanks from Germany. These were partially built in Greece as a part of an offset deal and included some smaller modifications compared to their German counterparts, including a link to the Greek battlefield communications and management system. 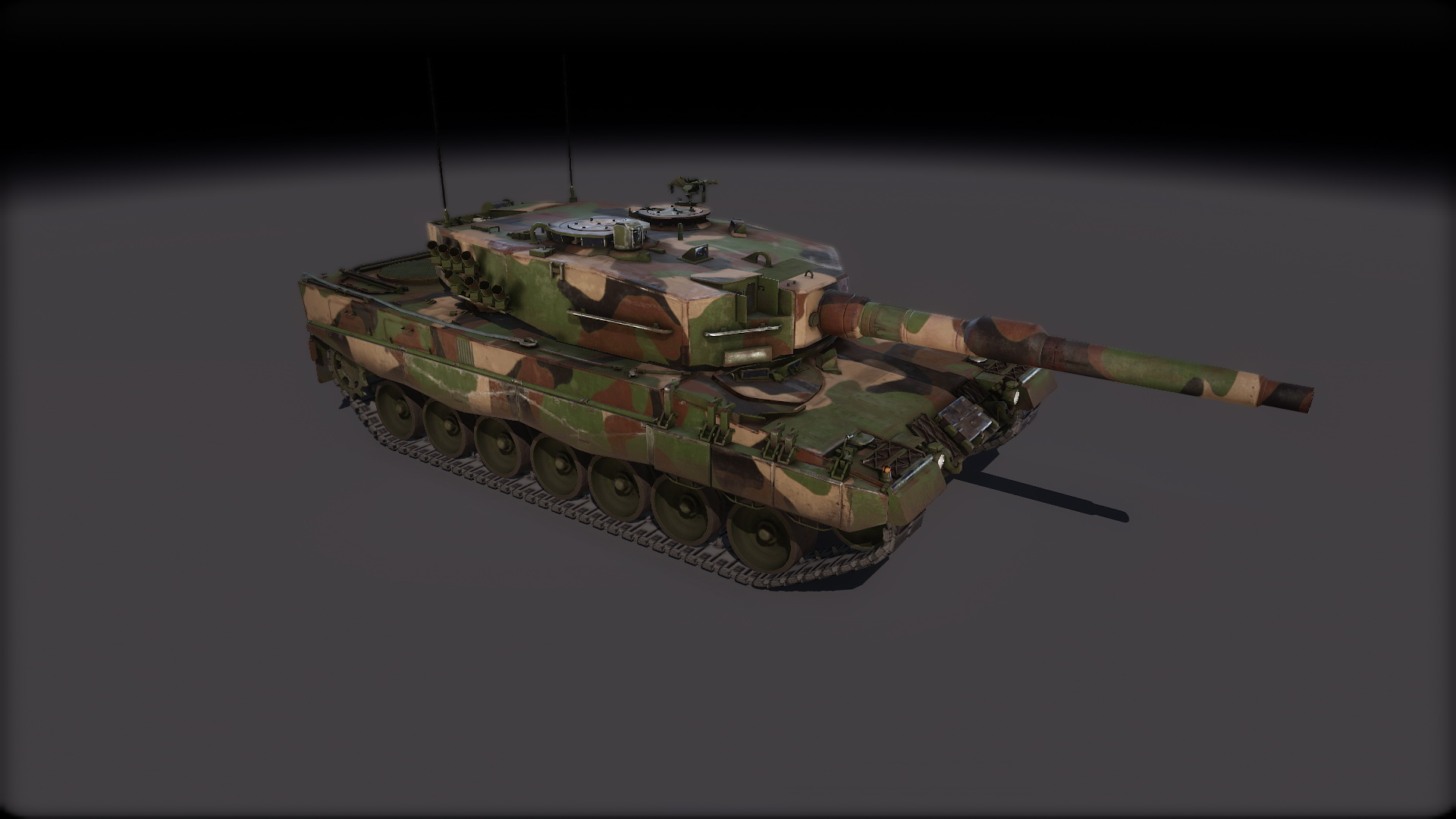 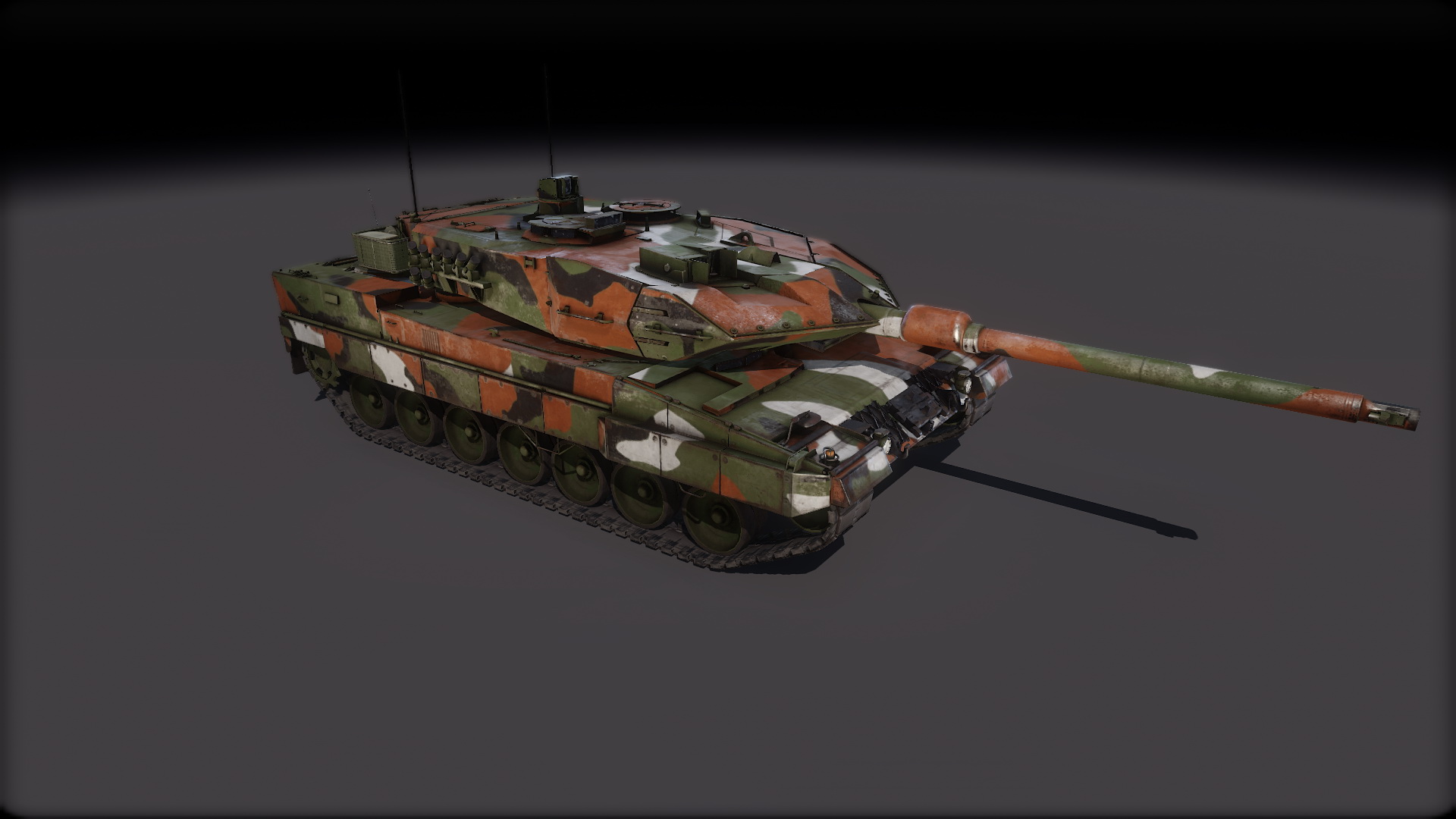 The deal was closed in 2003 and completed between 2006 and 2009 – interestingly enough, this was the first deal for the Greeks in decades where Greece would receive newly-built weapons instead of military surplus. In 2005, Greece acquired (amongst other things) some 180 older Leopard 2A4s to complement the Leopard 2A6 batch. The Greek Leopard 2s can be usually seen carrying two types of four-color camouflage – a green/black/dark brown/light brown one and a green/black/orange/light grey one. Suitable Armored Warfare vehicles carrying it historically:

Next on the list are two Cypriot camouflages that were used starting from the 1990s in the Cypriot National Guard. The CNG is an interesting force that uses an odd assortment of armor although, in recent years, there have been making sustained efforts to modernize their forces, including tanks. But, two decades ago, they took what they could afford to replace some of truly obsolete equipment (the Cypriot National Guard was operating T-34 tanks well into the 1980s). 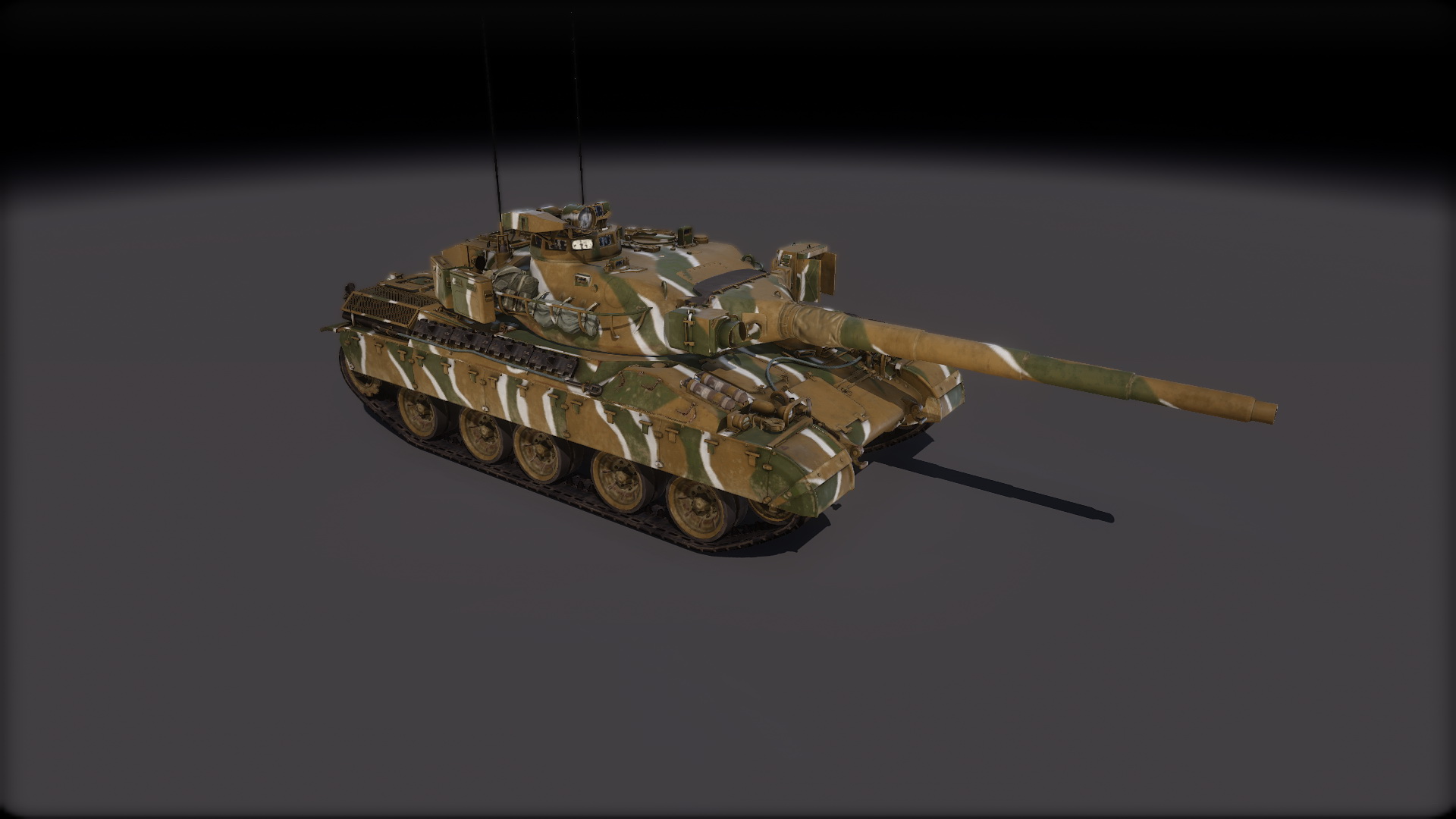 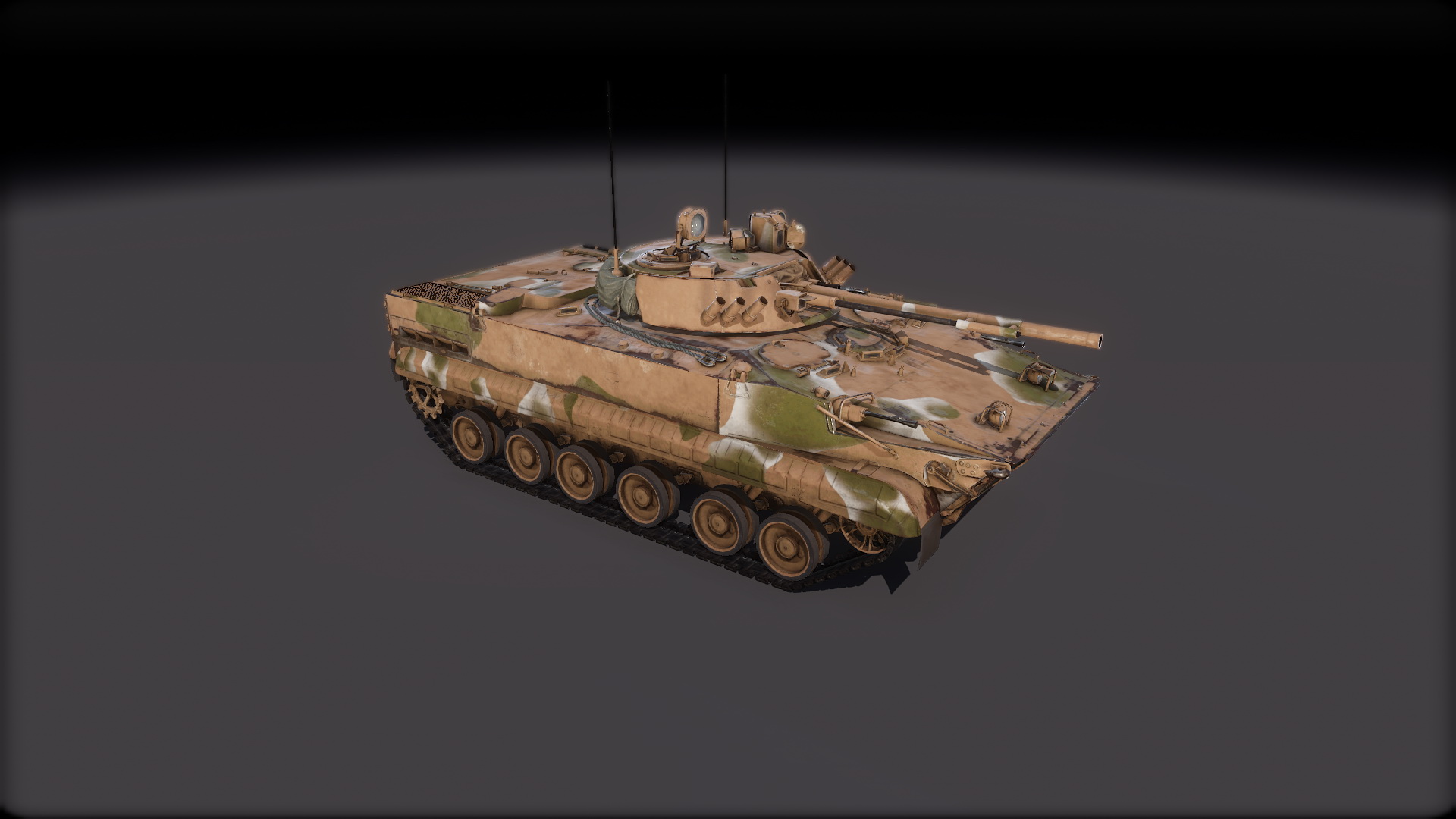 This included a purchase of Greek AMX-30B2 tanks in the late 1980s (they were phased out of service in 2018) along with some forty Russian BMP-3s acquired during the “fire sale” years (in this case 1995) when much of the Red Army equipment was available on free market for very low prices. Unlike the AMX-30s, the BMPs are still in active service. The IFV camouflage consists of sand base color with thick green painted stripes and thin white sprayed lines. The MBT camouflage is mostly similar with darker brown base paint. Suitable Armored Warfare vehicles carrying it historically:

And, finally, there are two Italian camouflages. Unlike the Cypriot and Greek ones, these are only loosely based on real life Italian camouflages that were used during the Second World War, making them somewhat unhistorical, if visually appealing. One consists of red-brown and green stripes on yellow background while the other one features dark green and brown stripes separated by yellow lines.

Like before, these camouflages will be available for all vehicles and environments. We hope you will enjoy them and are hard at work on the next set.

Learn more about the upcoming historical skin for the Leopard 2A5 MBT that will be available soon in Armored Warfare!