Today’s camouflage stands out a bit as it’s not strictly accurate – instead, it’s basically a partial recreation of a paintjob used on American tanks during the Korean War. 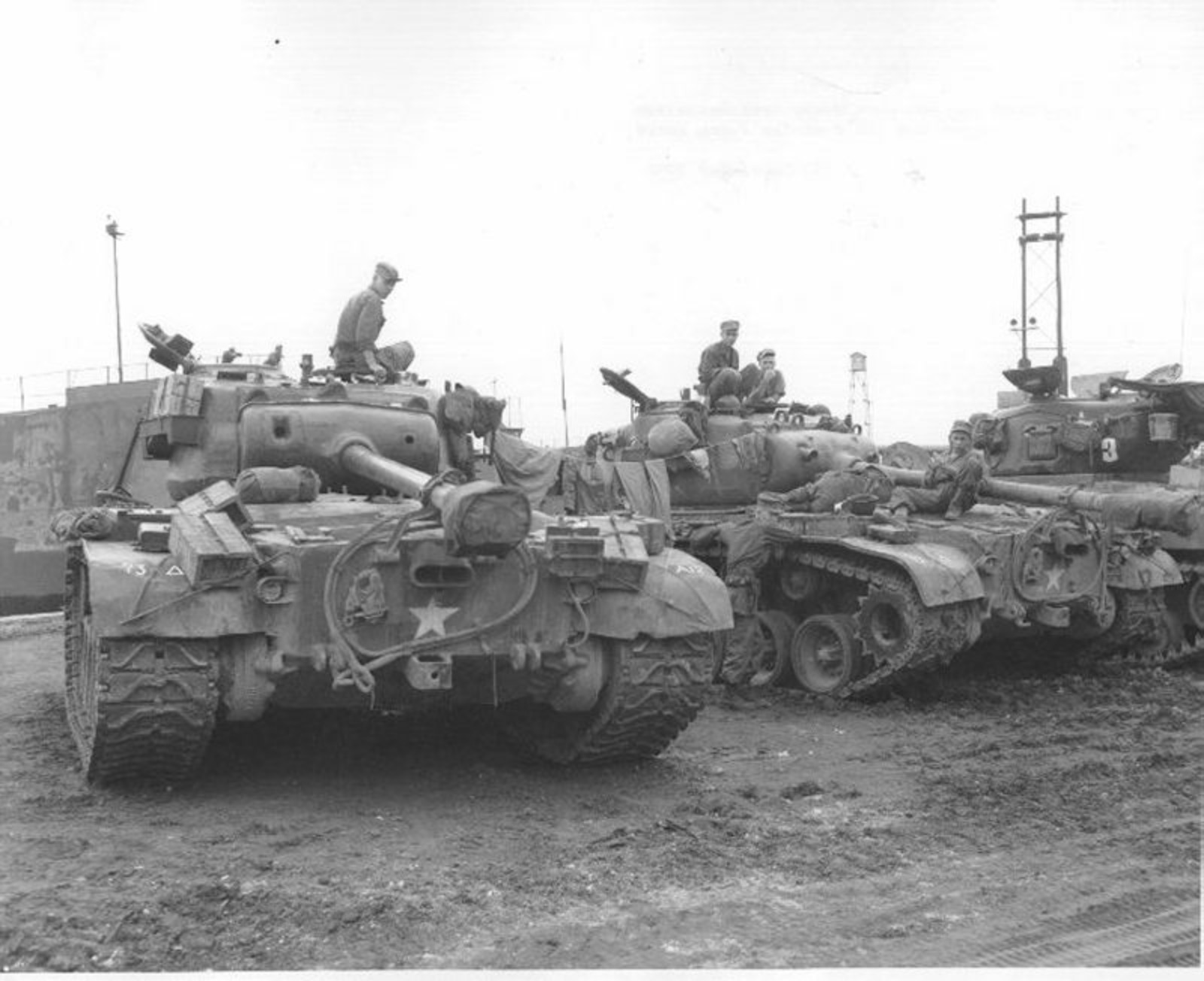 American tanks in the Korean War

Every war has its iconic imagery. The Great War has the endless trenches. The Second World War has many such themes – the endless waves of T-34 tanks and Panzers slugging it out at Prokhorovka, the flag of Iwo Jima or the Victory Banner flying over the Reichstag. The Vietnam War has its helicopters and Operation Desert Storm its burning oil fields. The Korean War, on the other hand, is a bit harder to define image-wise.

There is, however, one image associated with it that many people are familiar with – a Sherman tank with a giant tiger mouth and eyes (and sometimes claws) painted on its front hull. The idea behind this was some rudimentary psychological warfare. The lunar year 1950-1951 (the lunar calendar doesn’t correspond to the one we use) was a year of the Tiger according to the traditional zodiac.

It was therefore assumed that painting tiger faces on tanks would terrify the Chinese forces intervening in Korea from the late 1950. After all, an average Chinese soldier was at the time thought to be superstitious and poorly educated, which is why such a tactic was deemed worth trying. An unknown but relatively high amount of tanks was painted that way in 1950. Various types were used – the early M46s, the Shermans, even some Chaffee tanks.

Whether it had any real effects is a mystery to this day. The American tankers enjoyed adorning their steel steeds this way but that’s probably about it. There was little standardization to the paintjobs but they were all bright and well-visible.

The most famous operation these painted tanks participated in was Operation Ripper from the March of 1951 – the liberation of Seoul. Ironically it took place after the Year of the Tiger had ended. As a result, the paintjobs were removed shortly afterwards.

The Armored Warfare version of the paintjob is based on a specific tank belonging to the 5th Regimental Combat Team, 4th Platoon. The photo was taken near the Han River in the January of 1951. 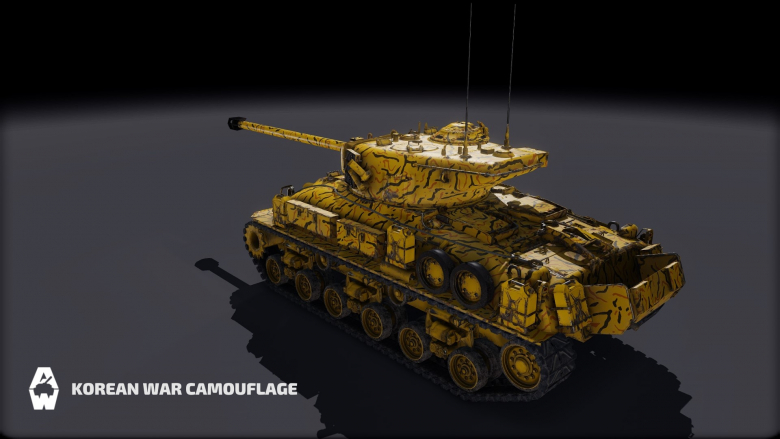 As we noted above, the camouflage isn’t exactly historical as the tiger paintjob is missing. We hope you will at least find it interesting. It’s currently available as a part of the Korean mission to celebrate the Korean Independence Day.