As you already know, the T-72M4CZ will make an appearance in the game as a vehicle in the next Battle Path. But to make the tank (as well as other Czech vehicles in the game) appear just right, it also needs one more thing – the Czech Army camouflage. 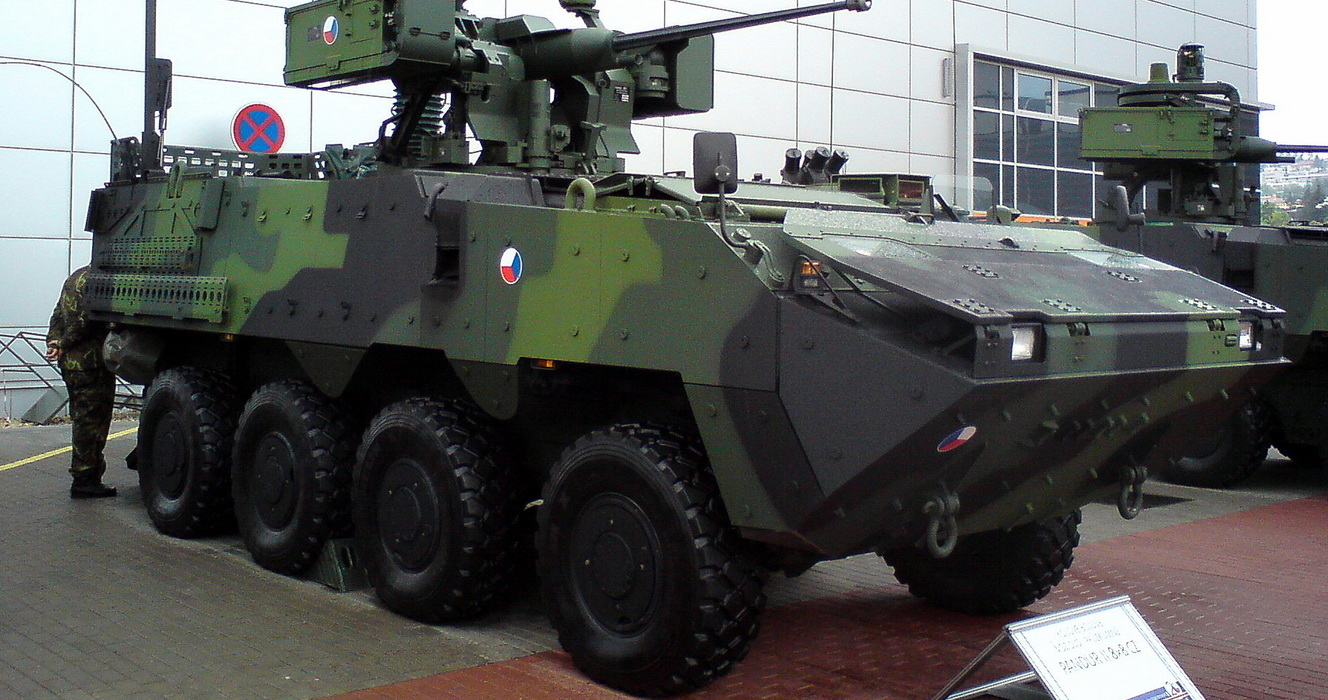 The roots of this specific pattern go likely back to the 1980s and the Czechoslovak People’s Army camouflage manuals, which used four different camouflage patterns for the army vehicles – one for spring, one for summer, one for autumn and one for winter. The combination of light green, dark green and black colors was assigned to summer, but the tones weren’t clearly defined back then. In fact, the approach to camouflage before 1989 was rather random. Many unique patterns existed (one popular way was to just paint black lines on the vehicle) and the colors were left to the discretion of the unit (or even individual crews). 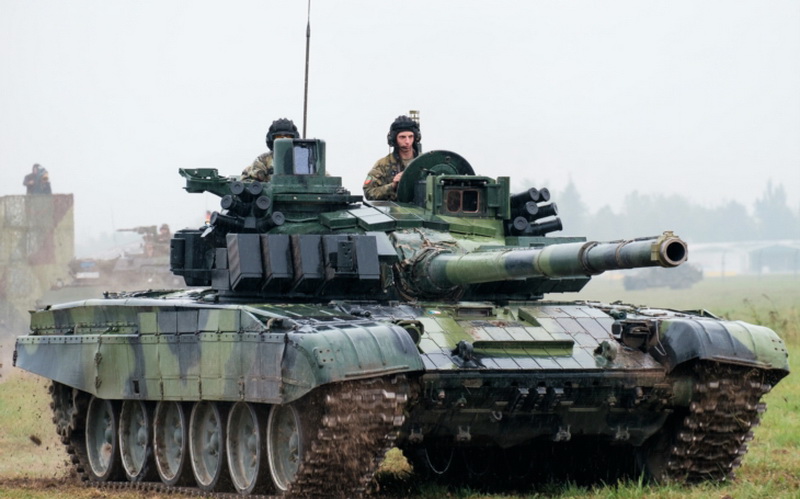 In the mid-1990s (possibly in 1995, as that’s when a new infantry pattern with similar colors entered service), the camouflage became somewhat standardized by the means of the ČOS (“Czech Defense Standard”) documents, which defined and recommended (but not imposed) certain camouflage types. The most popular pattern of these became a combination of black, dark green and light green spots that we are introducing. Unlike its predecessor, this camouflage (intended for summer environments) does have clearly defined shade colors, including various acceptable deviations. The colors were “tuned” specifically to blend into the Czech woodland environment. It is, however, not the only camouflage used by the Czech Army and other (albeit rare) patterns exist as well. 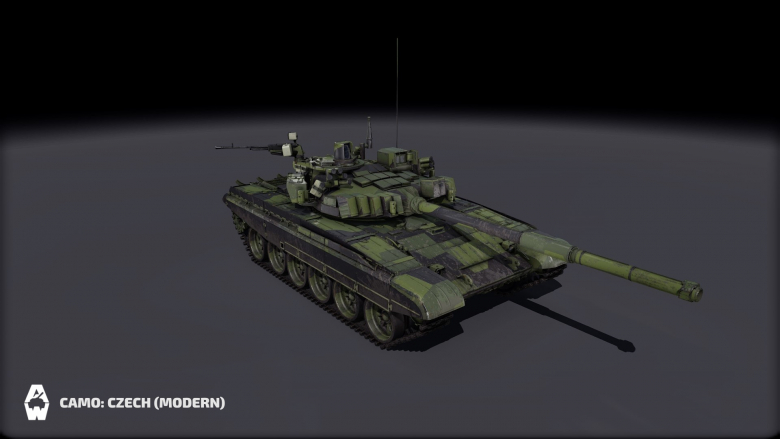 As we pointed out, the camouflage is best known from the T-72M4CZ MBT (which, aside from an early prototype, was factory-painted that way) as well as from the Pandur IFVs, but most modern armored vehicles of the Czech army are expected to be painted that way. During the recent IFV trials, some vehicles such as the ASCOD or the Lynx even appeared in this camouflage as a part of their promotion. 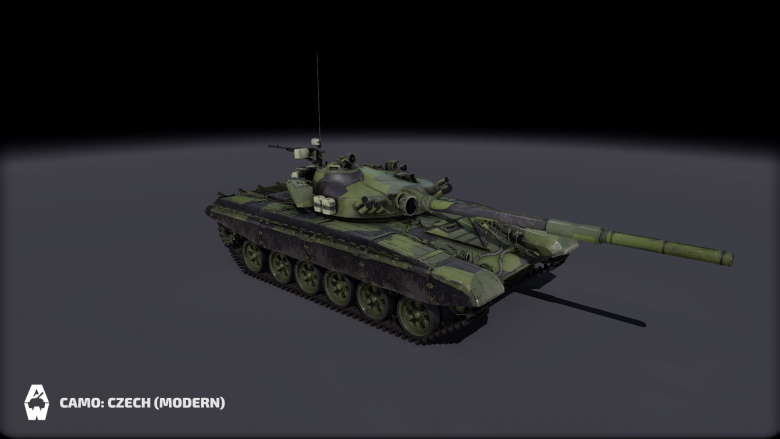 The camouflage will be available along with some other Czech-themed assets. We’ve created a new base paint modeled after the khaki color used by various Warsaw Pact countries and will be adding the Czech military crest as well so that your vehicles will look the part. 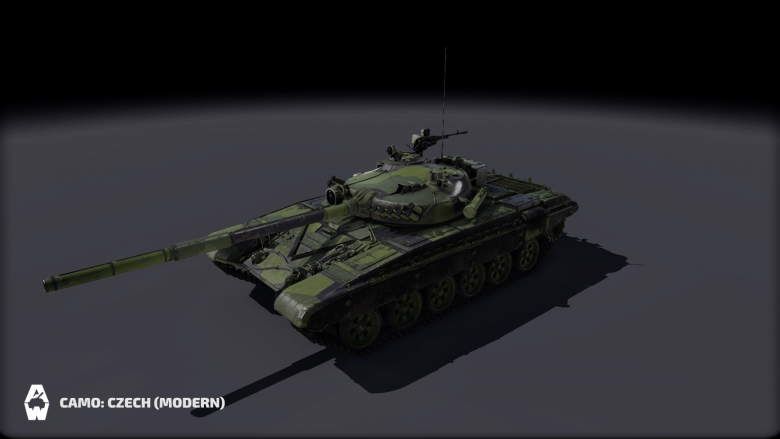