It's that time of year again – a time of ghosts, pumpkins and mystery! Obsidian Entertainment and My.com are proud to present their Halloween Tank-o-Lantern Contest! From October 27 to November 2 2016 (11 AM CET), players have the opportunity to submit pictures of either their carved pumpkins or themselves in an Armored Warfare-related costume in the dedicated forum thread.

The community team will select the 5 best costumes and 5 best pumpkins and we will give you the opportunity to vote for the winners on Facebook.

We will share a Facebook gallery with the 10 entries on November 3 and 4 and you will be able to nominate the 3 winners for each category by liking your favorite submissions. The winners will be announced on November 7 in a Community Highlight article.

To make the contest interesting, we have prepared a very special set of prizes. The Founder's Pack BMPT Terminator and Expeditionary Tank make their return after a year from the Open Beta Launch with a bang. The special Grim Reaper edition vehicles will be yours to command!

Both Grim Reaper vehicles come with:

In the future, they will be available for sale on the Armored Warfare portal, but the winners of the Tank-o-Lantern contest have the opportunity to be amongst the first to get their hands on them!

The winners from each category will receive the following prizes. Where a choice is indicated (for second and third place), the winner gets to choose the prize. 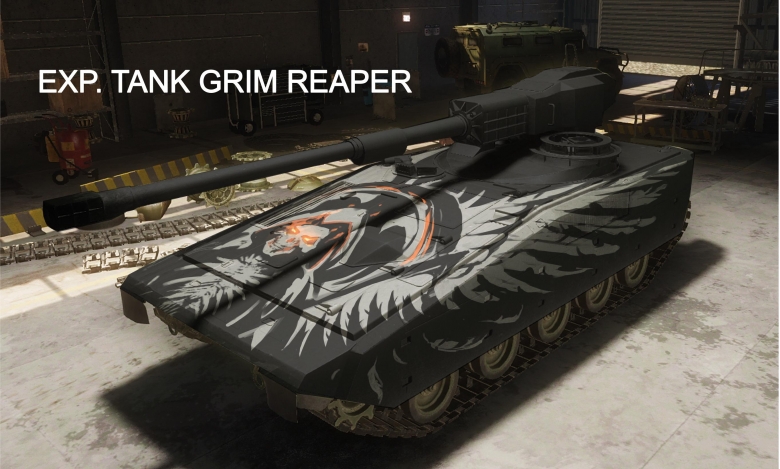 The Expeditionary Tank was an American attempt to create a high-tech, multi-purpose light fire support vehicle with an unmanned turret, capable of being carried by transport planes to its destination. Fast and agile, it was to enhance the firepower of American rapid deployment. Despite its advanced design, the prototype was never mass-produced.

By submitting your entry to this Armored Warfare Contest you agree to the following conditions:

We're very excited about your spooky submissions and wish you the best of luck. Happy Halloween, scare you on the battlefield!

Get Ready for Global Operations!

Learn about the 300% (x4) Reputation bonus for the first victory of the day, coming soon to Armored Warfare!