Along with the standard PvP mode, Early Access 3 will have a Player versus Environment mode in which teams of 4 or 5 players will be able to fight AI-controlled opponents in series of battles. These battles will be part of the new Mission system where players will be able to accept contracts with certain plot backgrounds. Each contract consists of three missions that are bound together by a background story and are taking place all over the world. Each contract is available for a certain period of time, during which the players can complete the missions, learn new tactics and receive rewards. 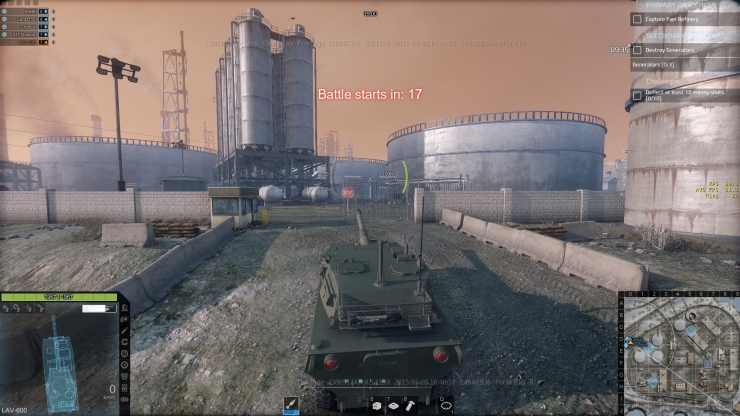 A key feature of the Mission system is team coordination – the success of each mission depends on cooperation between all the players fighting together. Unlike PvP mode, in PvE every player has to understand his part and role in battle – without cooperation the team cannot succeed. Both game chat and quick commands can be used for effective communication while coordinating team efforts.

Starting a PvE battle works the same way as starting a PvP battle. First the player selects a vehicle from those available in the garage and then they click the "Mission (PvE)" button. Players can also join the PvE queue in a platoon of up to 5 players. 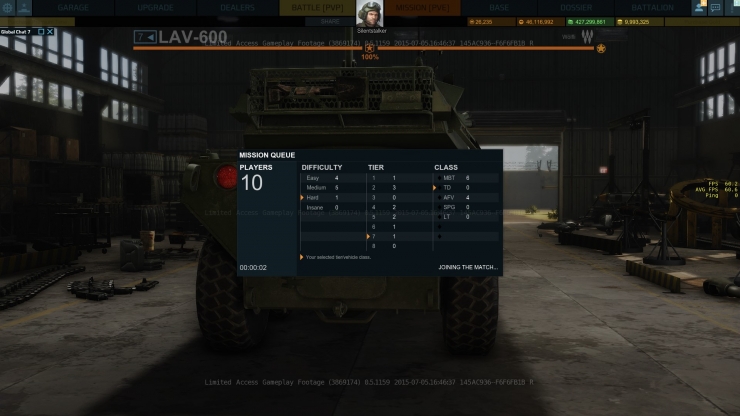 Most of the missions require the teams to consist of various classes. The more complicated the mission, the more important this requirement is. There is also one restriction that applies to all the missions: there cannot be more than one artillery vehicle per team.

Each mission has three difficulty levels:

In the future, a fourth difficulty level will be added – Insane, which will be for the most skilled of players. The missions will remain the same objective-wise, but some of the parameters will change: the number of opponents and their vehicle tiers, time limits etc. You can select the difficulty level individually for each map. Map sets are changed every day.

During the missions, players will be confronted by AI-controlled enemies (also known as bots). Their numbers and quality are defined by the difficulty level of the mission. Many opponents have suffixes to their name. These indicate their quality and differences from the "standard" vehicles and let players know how difficult that respective opponent is. 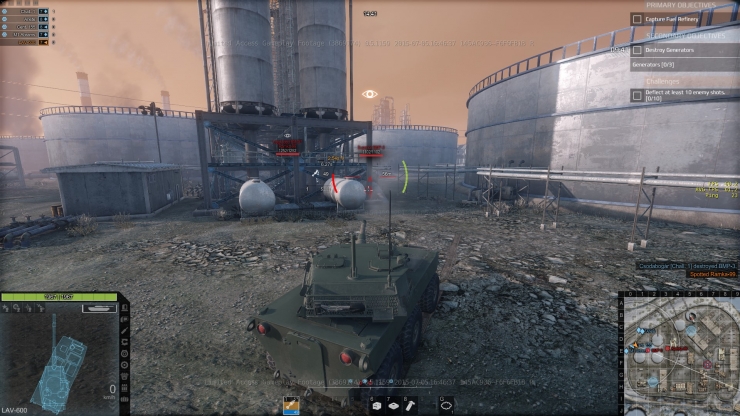 Players are rewarded with reputation points and credits for successfully reaching objectives. Players will receive a smaller reward even if the mission was not successful. There are three types of objectives: 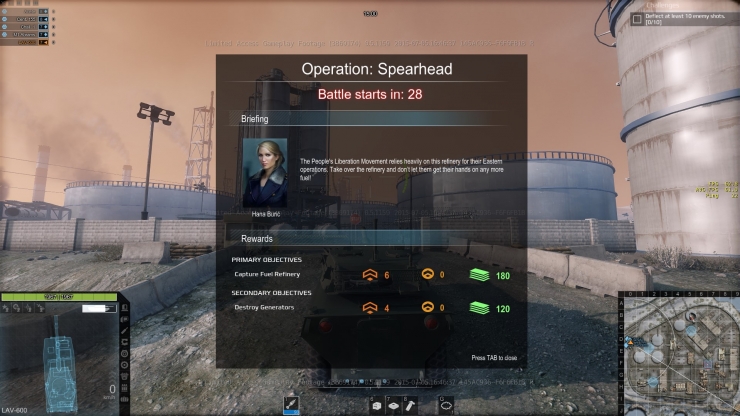 There are various types of objectives in the game, including defending certain areas, destruction of enemies, or the capture of certain objects. All the objectives are displayed on the minimap as well as the player screen.

All the vehicles in PvE battles work the same way as in PvP. If a player's vehicle is destroyed during a PvE mission, the player has to repair it in the same way as well. On the other hand, if a player dies during a contract in one mission, he can join the battle again for the next mission of the contract. This respawn happens automatically at the start of each contract phase, there is no need to leave the battle.