When it comes to conflicts, the last five years can be characterized as a shift from full-scale warfare to asymmetric warfare or – more recently – hybrid warfare. The majority of conflicts can, however, be described as so called proxy wars. 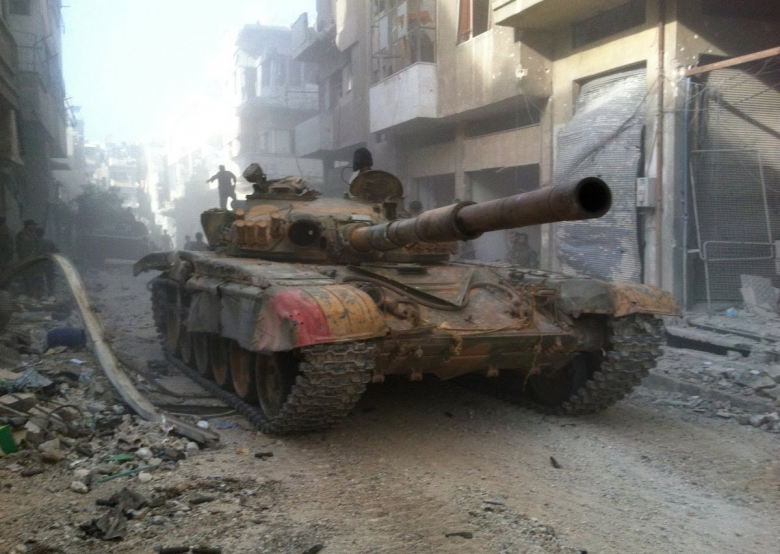 A proxy war is a type of conflict where each side is supported by a powerful patron that gains geo-political influence and valuable military experience without having to risk its own troops, which, especially in the west, is very unpopular politically. Giving modern military equipment to the protégé allows it to be tested in field conditions and these wars, especially the conflicts in Ukraine, Syria and Yemen, have provided valuable lessons to both the Russian military and the west.

One of the most important lessons learned is that a trained, mobile infantry squad armed with guided missile launchers can devastate tank units. Such cases have happened before, with notable examples including the destruction of large numbers of Israeli tanks on the Sinai Peninsula by the Egyptian Malyutka teams during the 1973 Yom Kippur War, or the fate of Libyan tanks during the 1986-1987 Toyota War with Chad. However, modern technology enhances infantry capabilities even further and the evolution of tanks must take that experience into account.

Toyota trucks are popular amongst combatants for their durability

One way of countering these threats is to build specialized vehicles, designed specifically to deal with that type of threat. They are commonly referred to as tank support vehicles and the best-known representatives are Russian BMPT class armor. These vehicles are generally equipped with one or more rapid-fire automatic cannons to deal with infantry and guided missiles to deal with heavier threats. They are heavily armored, often more so than a tank, with the exception of the unmanned turrets. But where tanks are built to withstand hits from kinetic projectiles as well as chemical rounds, the armor of BMPT-class vehicles is specifically designed to protect the vehicle and its crew against guided missile threats with ERA/NERA blocks being common. Protection is often further enhanced with the addition of an Active Protection System, an effective way of dealing with incoming missiles.

But that is the current state of affairs. What about the future?

There are several approaches to the problem. While the evolution of classic Main Battle Tanks successfully continues with the development of cutting edge vehicles, such as the Armata, or with the introduction of upgraded tank weapons, such as the Rheinmetall 130mm gun, some experts claim the concept of a gun tank by itself is generally obsolete and the future lies in the enhancement of the BMPT class vehicles. One such expert is the director of the Moscow branch of the Centre for the Analysis of Strategies and Technologies, Ruslan Pukhov, who believes that the future of Russian armor lies in the Terminator-3 BMPT-class vehicle based on the Armata platform. 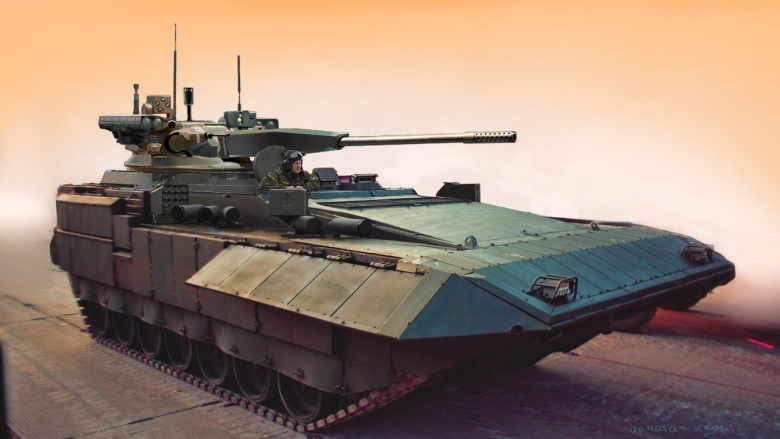 The Armata platform itself is scheduled for mass-production in 2018, according to a July 2016 interview with Vyacheslav Khalitov, deputy director of the Uralvagonzavod special vehicle branch. The first T-14 and T-15 vehicles are supposed to reach the Russian armed forces possibly even earlier with 70 Armata vehicles being produced in 2017.

The full production, starting in 2018, should consist of 120 tanks a year. Only time will tell whether these numbers are actually realistic, since the preparation of any mass production is a huge undertaking. The Russian army is currently trialing 20 pre-production T-14 Armata tanks.

The Terminator-3 is the latest vehicle of the Armata family publically mentioned by Uralvagonzavod to be in development. Earlier statements included the future armament, an automatic 57mm cannon. While no confirmation was officially given, Russian media speculated that the turret module for the Terminator-3 is in fact the already unveiled AU220M Baykal. Its 57mm cannon is, according to Russian sources, capable of penetrating not only soft targets, but also – thanks to its newly-developed armor piercing ammunition – the side armor of Main Battle Tanks. Furthermore, this weapon system is also capable of engaging enemy helicopters and low-flying airplanes.

The Terminator-3 concept is apparently based on the abovementioned experience from Ukraine and Syria where even modernized Russian tanks with ERA are getting knocked out by multiple guided missile hits, regardless of passive protection or crew training.

Ruslan Pukhov believes the tank of tomorrow (in general) should be better protected against this type of threat and the heavily armored BMPT class of vehicles is ideal for that purpose. Vehicles without large caliber guns are more suitable for actively engaging infantry, but would have to rely on guided missiles to knock out enemy armor. The key to the success of such a vehicle lies in the development of advanced sensors and optics, capable of detecting enemy infantry teams. In this sense, it's quite possible that the future tank race will not involve armor on one side and shells on the other, but infantry camouflage and tank sensors plus anti-infantry capabilities (such as advanced air-burst ammunition).

Whether this future tank concept will eventually be adopted remains to be seen, as does the future of Terminator-3. So far, very little other information has been unveiled beyond the caliber of the weaponry, but installing such weaponry on the Armata platform would represent a logical gap filler between the heavy IFV (30mm) and the MBT variant (125mm).

Learn about the Scorpion program, intended to upgrade French wheeled IFVs and APCs