Recently the sixth Developer Stream took place on the Armored Warfare Twitch channel. It focused on Update 0.17 and its recording can be viewed here. 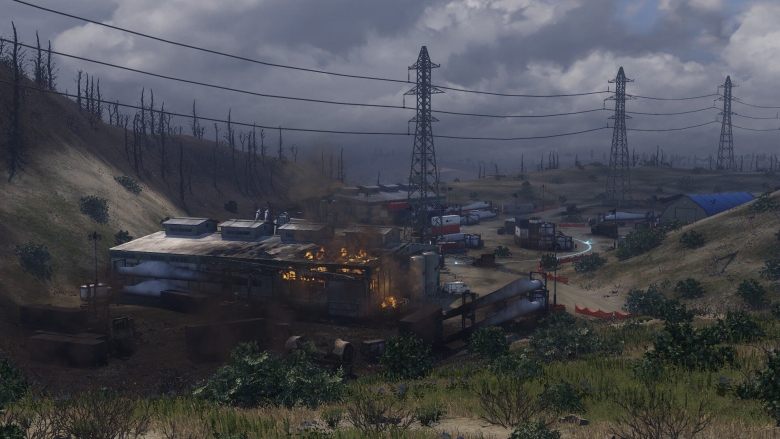 During the stream, the developers answered a number of questions. Here's what awaits Armored Warfare in the future!

Why did you change the Smoke Launcher mechanism in Update 0.17?
This is a prelude to Balance 2.0. We wanted to test some changes, for example how autocannons interact with ATGMs. As for the smoke, we want players to use it a lot and all vehicles will eventually receive a smoke grenade launcher. Previously, ATGMs and smoke were barely used except on some vehicles. We wanted to change the game a little and give you an introduction to what Balance 2.0 really is. We do want to increase time to kill and other things, but we haven't make a huge balance change on this. Yet.

There will be more smoke charges in the future. Why have 15 when you can have 30? Or more. We don’t want to be cheap.

Why did you reduce the ATGM damage?
We had to do that. ATGMs on the Starship, MBT-70 etc., did crazy damage. The autocannon is still overpowered compared to ATGMs. Things like that will have to be worked out.

You changed the multi-launcher vehicles, such as the Terminator. Now they can fire on the move, but the delay between single shots has been made longer. Why is that?
We didn’t want these vehicles to kill someone in four seconds before the target is able to react to it. Our goal is to slow autoloader gameplay down a bit in general – we increased the damage to compensate. We also removed the 1.5 second delay, during which the ATGM vehicles were exposed. That helped too. In the future, missile gameplay might be based on Tiers – low Tiers will have to stop to fire, mid-Tiers will be able to move slowly, high-Tiers will be able to fire whilst going fast. But we are still working on that.

Can you tell us about the upcoming autocannon nerf?
We wanted to slow the game down a bit, it's a bit frantic at the moment and the autocannons are a big contributor to that. We want to make an autocannon burst similar to the missile and gun vehicles instead of the current situation – now you just have to go behind someone and hold the mouse button. Light Tanks and Tank Destroyers are especially affected by this – they are also going to change soon. As for the autocannon nerf, we might make some changes as early as in Update 0.18.

Are there any changes to wheeled vehicles planned?
We do have wheeled vehicle movement changes coming in Update 0.18. They are going to make each vehicle a lot more distinct as well. The goal is to give each vehicle more weight - right now they are too bouncy, flying around when hitting rocks and such. These are the things we are going to fix. There will also be changes to tracked vehicle movement.

What else is going to be fixed in the future?
We're fixing things like missile launcher elevation and tons of other stuff. Balance 2.0 is basically a completely new game. We're still in Open Beta and we want to make gameplay good for you guys. There might be some transitional stuff going on – we know some of you don't like it and we are sorry for that, but we will try to get everything in as fast as possible.

What will we get in Update 0.18?
Update 0.18 is bringing in a lot of big changes. We are going to be removing the Base. We are also introducing a new Garage. Global Operations is s a new mode that's also coming.

Will the Bradley get some upgrades?
We do have plans for the Bradley, it's a fun vehicle. What you also need to look out for is the XM8 and M8 Light Tanks. These things will be real beasts in Balance 2.0. The Begleitpanzer will also be glorious. Things will be great for Light Tanks.

Are you going to introduce some model changes?
The artists are working on the new T-72 model, it looks pretty nice. We are going to fix other stuff as well. We'll add new vehicles too. Regular vehicles – not premiums. We know that players want to see some more cool lines. We already talked about the OT-64 and the COBRA, but we are also preparing some "secret" stuff the players have been wanting. A hint: one vehicle has the number 80 in it.

Some vehicles sound like they have turbines when in reality they don't, will this be fixed?
Yes, that's been fixed in Update 0.18. We also have some new engine sounds coming. And we'll have diesel start-up sounds.

Are there any plans for artillery?
There are some interesting things coming up soon for artillery. I think you are going to like it, but we'll see what happens based on PTS testing.

When will Frontline be available in Custom Matches?
Unfortunately, adding it requires a server restart. It should be available with the next (final) Update 0.17 hotfix.

Will you revise existing maps?
Yes. Highwall will be one of the first maps to receive an overhaul, it will be made more open.

That's it for today. See you on the battlefield!