The first reward vehicle that you’ll be able to obtain in the Echoes of War Battle Path campaign will be none other than one of the symbols of the Soviet military, the legendary ZSU-23-4 Shilka. 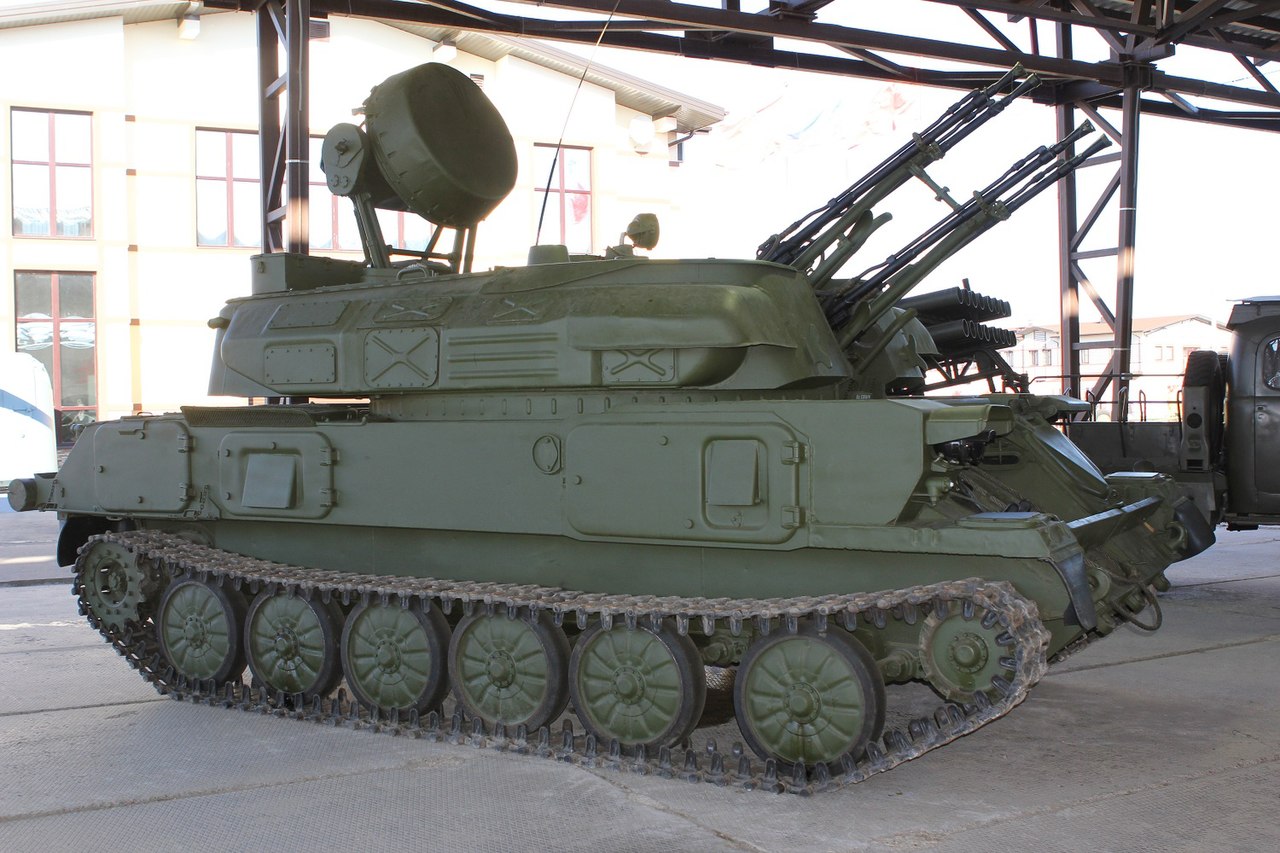 The Shilka (named after a Siberian river) came to be in the early 1960s as an attempt to provide Soviet mechanized forces with a short-range highly mobile anti-air platform that would also feature some basic protection. The designation itself, ZSU-23-4, stands for “self-propelled anti-aircraft gun” with the number signifying its gun caliber (23mm) and the amount of barrels (4).

Of course, Shilka wasn’t the first such design in the Red Army – ever since the 1950s, the Soviet Union had been operating a vehicle called ZSU-57-2, which, as you might have guessed from the abovementioned nomenclature, was armed with two large 57mm cannons on a heavily modified T-54 chassis – in an enclosed turret. The Soviets adopted this vehicle after witnessing (and later exploiting) the power of close support aircraft and ground troop cooperation.

While offering a lot of firepower, the ZSU-57-2 was still a design from the WW2 era, intended to be used against propeller-driven (and therefore slow) aircraft. It had a rudimentary fire control system and by the time it entered service in 1955, it was effectively obsolete because after the Korean War, everyone saw that the future would belong to jet planes.

As a result, the work on its replacement therefore began practically immediately after it entered service. There were two basic directions of development – a twin 37mm autocannon project called Enisey (built to be a rough equivalent to the American M42 Duster) and a quad 23mm autocannon project called Shilka. The prototypes of both vehicles were ready by 1960 with the trials taking place until 1961. During various joint exercises, the Shilka would ultimately turn out to be considerably more effective than the Enisey (despite Enisey’s good performance) and would enter service in 1962.

The defining characteristics of the Shilka would be its low weight (mere 19 tons), light armor and high firepower of its quad water-cooled 23mm guns. Thanks to its excellent cooling system, the vehicle was able to fire as many as 3400 rounds per minute. The system was guided by rather advanced radar and was therefore capable of engaging even fast-flying targets.

The Shilka would turn out to be a very successful design. Roughly 6500 were built between 1964 and 1982 (the original production run ended in 1968) with some 2500 of them exported all over the world. They participated in pretty much every major conflict of the 20th century, including the Soviet-Afghan War, the Vietnam War, the Yom Kippur War, the Gulf War and many others, sometimes even appearing on both sides. The brutal volume of fire it offered in combination with HE shells would often be used against soft ground targets with excellent results. Several modernized variants exist, more than two dozen countries or organizations still operate it and it is even now being used in several conflicts, including the Donbass War or the Syrian Civil War.

In Armored Warfare, the Shilka will be a Tier 4 Premium Armored Fighting Vehicle. Once again, just by taking one look at it, it is not difficult to determine this AFV’s main feature – it is not long-range accuracy or heavy armor, but its sheer, uncompromising volume of fire.

In order to imagine how the Shilka will perform in the game, you can start with the XM247 that sits one Tier higher. 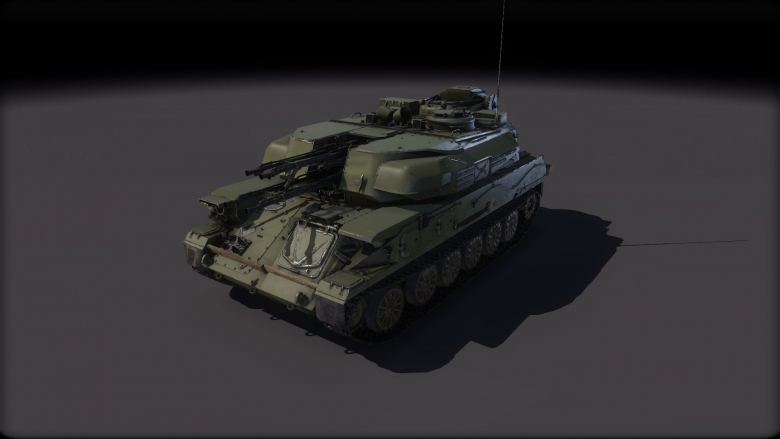 The Shilka will have very light armor only (protecting it against machinegun fire) and average mobility due to the fact that its 21 tons will be propelled forward by a diesel engine producing just 280hp. Its maximum speed will therefore be limited (50 km/h), as will its agility and acceleration. As you can also see from its size, its camouflage levels won’t be great either. This will not be an agile, stealthy, fast scout.

However, these downsides are more than compensated by its weapons and viewrange. Let’s talk about the firepower first.

The Shilka is armed with four 23mm guns with the combined rate of fire of 3400 rounds per minute. This is achieved by using overheat mechanics similar to those utilized by the M48 GAU-8 Tier 10 TD. Simply put, the guns do not utilize magazines, but instead heat up when being fired. If you fire them too much, they overheat and need several seconds to cool down. Much like in real life, the weapon system will offer excellent elevation (+85 degrees) but only mediocre gun depression.

There will be three types of rounds available:

Additionally, all these rounds will also deal reduced damage upon non-penetration automatically, much like those of the M48 GAU-8. This will not allow the vehicle to destroy MBTs from frontal angles, but anything lighter is pretty much fair game. 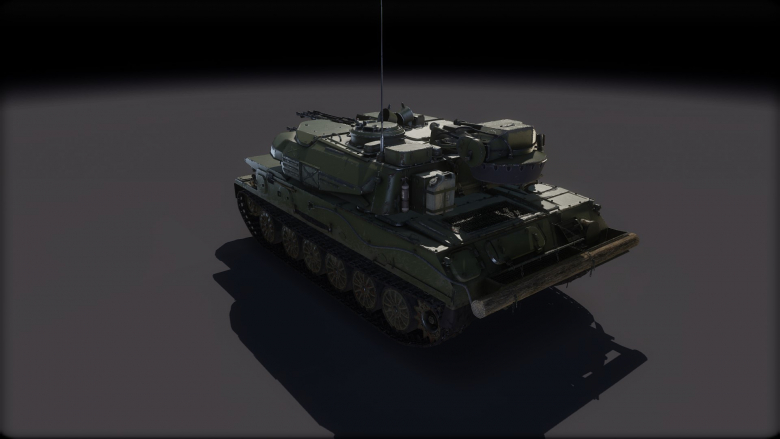 The already excellent viewrange for its Tier (440m) will be possible to improve even further by activating the Radar ability, which will trade some of your (already low) camouflage for extra spotting abilities.

In summation, the Shilka will be the undisputed king of damage output on lower Tiers, balancing its firepower by its low survivability. This will make the vehicle highly suitable for PvE but, at the same time, any PvP mode will require careful gameplay and staying behind your team’s MBTs.