During the interwar period and the Second World War, the Vickers Company produced a number of interesting and very influential tanks such as the Vickers 6-ton and the Valentine. However, tank trends changed with the end of the war and Vickers had to modify its portfolio to stay relevant. Additional research resulted in the Vickers MBT series. 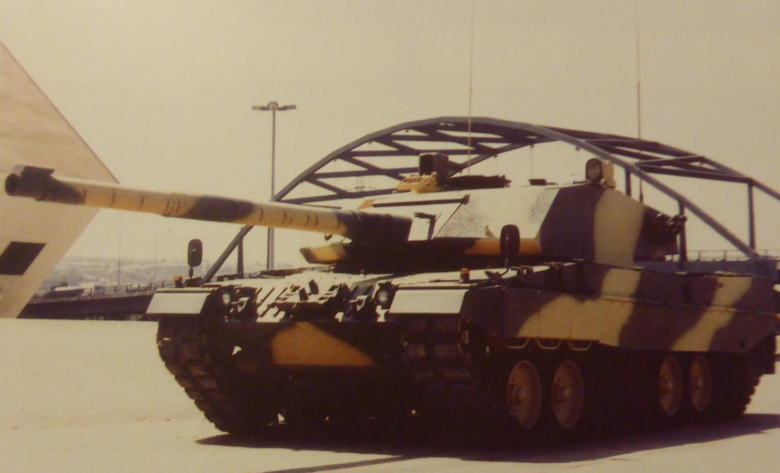 Armored Warfare players might be familiar with another Vickers product, the VFM5 Light Tank, which was developed in the 1980s for export and was a solid but ultimately unsuccessful design. In many aspects the Vickers Mk.7 shared its fate – a prototype developed to replace the Challenger 1 Main Battle Tank that was unfortunately never adopted into service. But unlike the VFM5, the roots of the Vickers Mk.7 run a bit deeper.

The idea behind the Vickers MBT was to produce an affordable alternative to the standard MBTs that were offered for export in the early 1960s – without too many strings attached. The result was the first iteration of the Vickers MBT series called Vickers MBT Mk.1. It was quite similar to the earlier 20pdr Centurion variants, but at that point it was clear the 84mm gun was no longer sufficient. In the late 1960s, a variant of this tank (armed with a 105mm L7 variant) was sold to and subsequently license-produced in India under the name of Vijayanta with approximately 2000 vehicles produced. Another 70 were sold to Kuwait in the early 1970s. 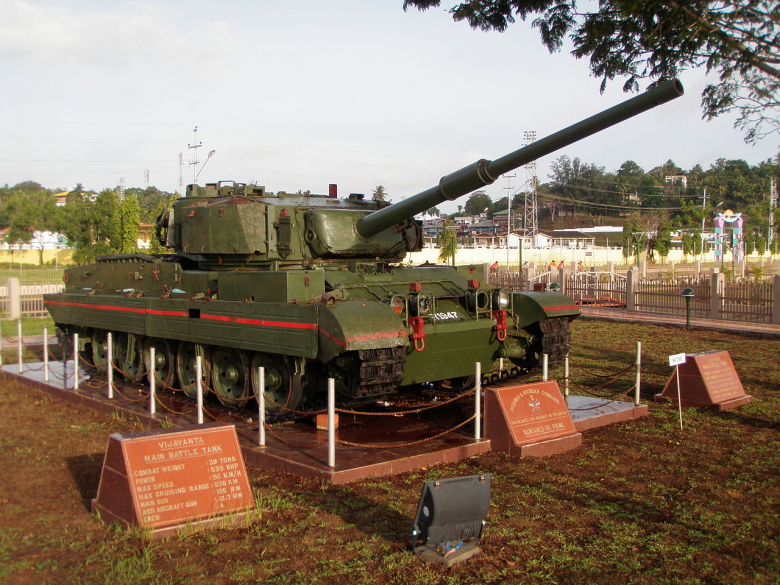 The second successful Vickers MBT version was the Vickers MBT Mk.3. This was an improved version of the Mk.1 with a new diesel engine, new sights and a new fire control system, produced from 1978. Around 200 were sold to Nigeria and Kenya in the early 1980s, but then fortunes changed and the company hit a dry patch.

In response to the situation, Vickers started working on another Main Battle Tank intended for export. The tank was supposed to be advanced enough to compete with the existing generation of MBTs but also affordable. Much like the case of the VFM5 Light Tank, the target group consisted of (mostly third world) countries that, for whatever reason (mostly because of the price), couldn't operate advanced western MBTs but were unwilling to purchase Soviet export equipment.

In the mid-1970s, the British did come up with a new type of composite armor known as Chobham armor, named after the place where it was developed. Vickers wanted to create a very light aluminum hull and to make it capable of carrying the Chobham armor upgrade.

On top of it, they'd mount a new, rather large, steel turret that they rather unimaginatively called the Universal Turret – with the option to carry Chobham armor. The turret was considerably more protected than the hull.

The Chobham armor was not really the vehicle's defining characteristic, it was more like a surcharge option as the tank was later even marketed without it. The tank was named Vickers Mk.4 Valiant. 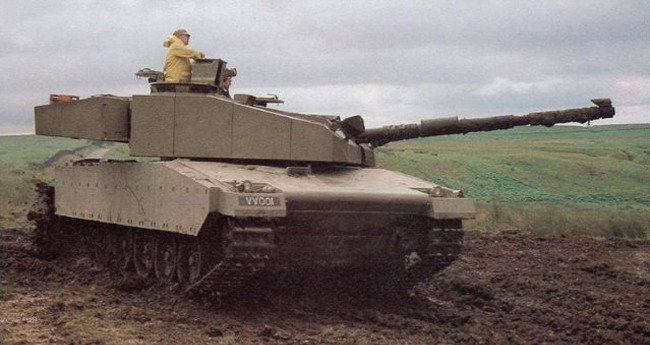 The basic problem was that the Universal Turret was too heavy for the hull, shifting the center of gravity and providing the vehicle with questionable mobility characteristics, despite its powerful 915hp Rolls Royce CV12 TCA engine. Vehicle combat weight was between 43 and 46 tons (depending on the configuration).

On paper, the Valiant was actually really fast with a top speed of around 62 km/h, but general protection was inferior to the Challenger 1, even with the Chobham add-ons installed. The tactical idea was for the tank to stay in hull-down position when in combat and to be able to move quickly.

The Universal Turret was designed to be customizable and could carry several types of weapons:

The Valiant would be using a Marconi Centaur Fire Control System. Apparently, two prototypes were built, each with a different configuration, but sources are generally sketchy on the details. The first prototype was likely built in 1979 and its mass production was to be ready in 1982. The vehicle was offered throughout the 1980s and demonstrated to potential African customers a few times but no one showed any interest.

Undeterred, Vickers tried again, this time with the more ambitious goal of producing a tank that would replace the Challenger 1 MBT in British military service. The aluminum hull of the Valiant was generally a problem and a replacement was needed along with an improved version of the Valiant's Universal Turret.

The latter was developed in the early 1980s. Using it in combination with the Mk.4 Valiant hull produced a vehicle called Vickers Mk.7. 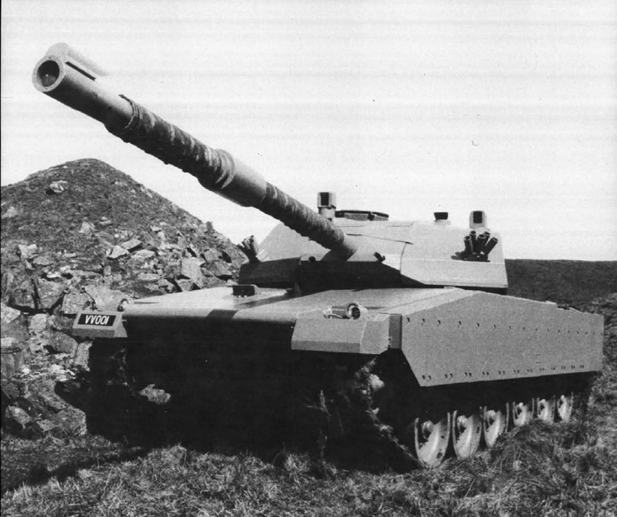 But the Valiant hull was unsatisfactory and something else was needed, something with far better protection. In the end, Vickers decided to use a modified Leopard 2 hull fitted with Chobham armor. They fitted it with the Mk.7 Universal Turret armed with a British 120mm L11A5 rifled gun and called this hybrid Vickers Mk.7/2.

The Mk.7/2 was far more powerful than the older Mk.4. It was offered for export with different weaponry (120mm GIAT and Rheinmetall smoothbores – the 105mm option was formally dropped, although technically if a buyer wanted it they could still have it fitted ), but it wasn't an exactly cheap vehicle. The Marconi Centaur Fire Control System was state of the art, as were its sights and thermal imager. 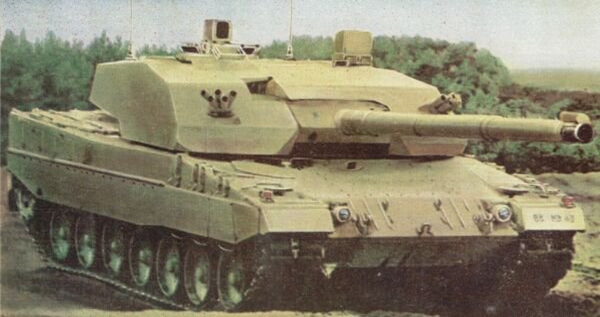 The 54.6 ton tank was powered by a German 1500hp 47.6 liter MTU MB 873 Ka-501 engine from the Leopard 2A4, allowing it to go at a whopping 72 km/h. A single prototype was built in 1985 and the British had a look at it, but decided that they didn’t want that and no foreign customers were attracted to the pricey vehicle either. Vickers, however, used the lessons they learned from its development later with the Challenger 2 Main Battle Tank, the last British MBT designed and built in the United Kingdom.

In Armored Warfare, the Vickers Mk.7/2 will be a Tier 8 Premium Main Battle Tank. We will disclose more about the means of obtaining it in the future.