In our article about the upcoming French dealer, we already informed you about the plan to put the Italian C1 Ariete MBT to the Tier 8 slot of the second half of the French dealer branch. However, it is not going to be the only vehicle sitting on that spot. It will be joined by a French one – the VCAC Mephisto. 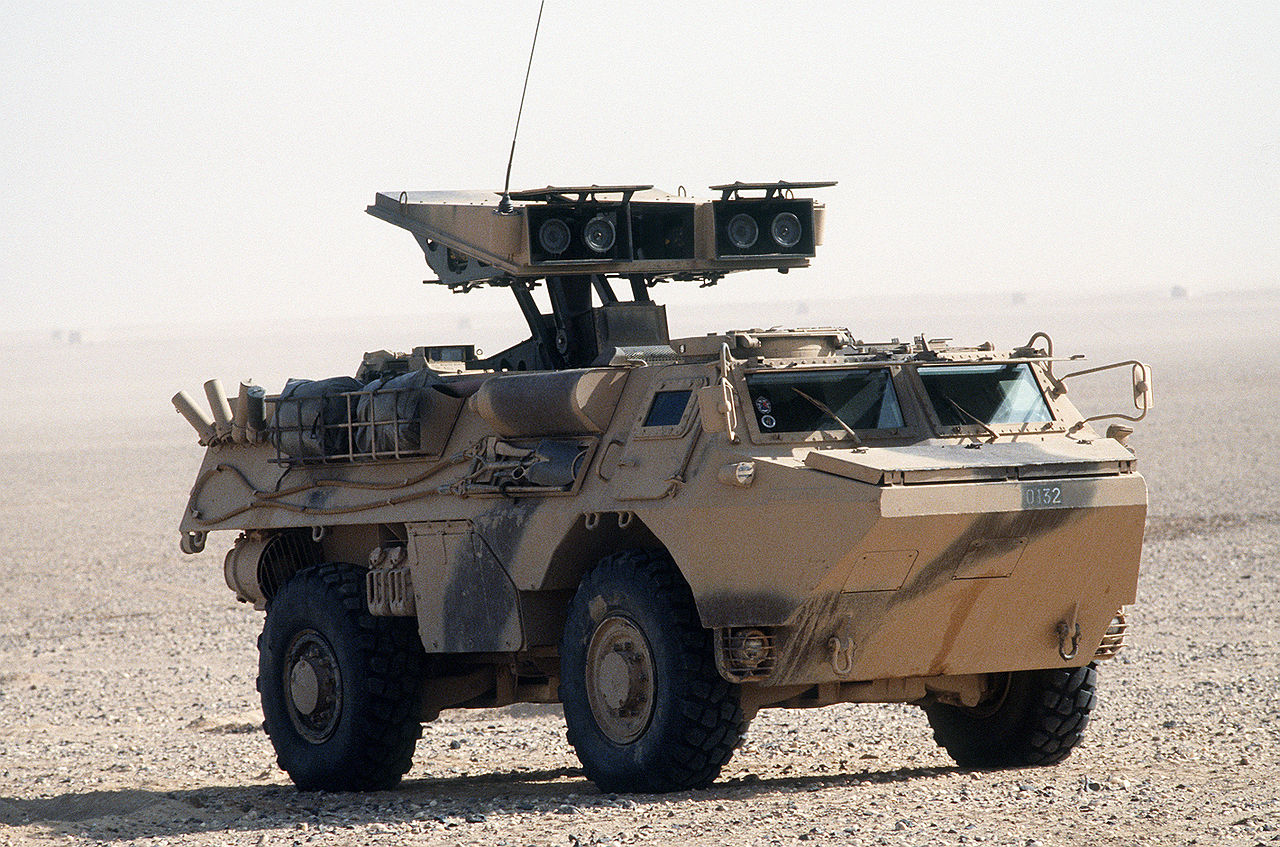 The Mephisto name officially stands for “Module Elévateur Panoramique HOT Installé Sur Tourelle Orientable” but let’s face it – in reality, someone just really wanted to have a vehicle called Mephisto and had to justify it somehow. Either way, it is an anti-tank version of the ubiquitous French VAB AFV.

The AFV itself is a rather unremarkable product of the 1970s but its roots lie deep in the 1960s when the French decided that their infantry units would be equipped with both tracked APCs (resulting in the AMX-10P) and wheeled ones.

In 1970, the official wheeled APC requirements were issued. They called for a very universal vehicle that could undertake a number of different roles, from the actual carrying of troops to carrying cargo and towing mortars. At the same time, it had to be an enclosed vehicle, capable of operating in areas hit by Soviet weapons of mass destruction.

This was an interesting requirement because France was generally quite distant from the potential front lines but it had logic of its own. Some Warsaw Pact plans actually counted on initiating an all-out conflict with the west by hitting a large portion of western frontline units near the borders with tactical nuclear strikes. Those same plans counted on the Warsaw Pact armies to reach the English Channel in a few days. How realistic that idea was, we leave up to you, dear readers, but the reality was, the Soviets had tactical nukes and were not afraid to use them.

The French army, on the other hand, had to be not only able to operate in such an environment, but also had to be highly mobile simply because it could not afford to fight in France for economic reasons – much of its industry was, especially after the war, still located near the eastern borders of the country or directly in Germany since France had occupied the most German industrialized region after the war, the Saarland. If West Germany fell, these regions would be amongst the first to be overrun by the Soviets and that was not something the French could afford in a total war. Ironically, the same logic was used in the construction of the infamous Maginot line before the Second World War.

Two companies competed for the future light AFV project, now called VAB (“Vehicule de l’Avant Blindé” – Frontal Armored Vehicle) – Panhard and Renault. Between 1972 and 1973, several prototypes of 4-wheeled and 6-wheeled vehicles were built by both companies and in May 1974, the 4x4 version by Renault was officially accepted in service under the designation VAB. Its mass-production started in 1976. 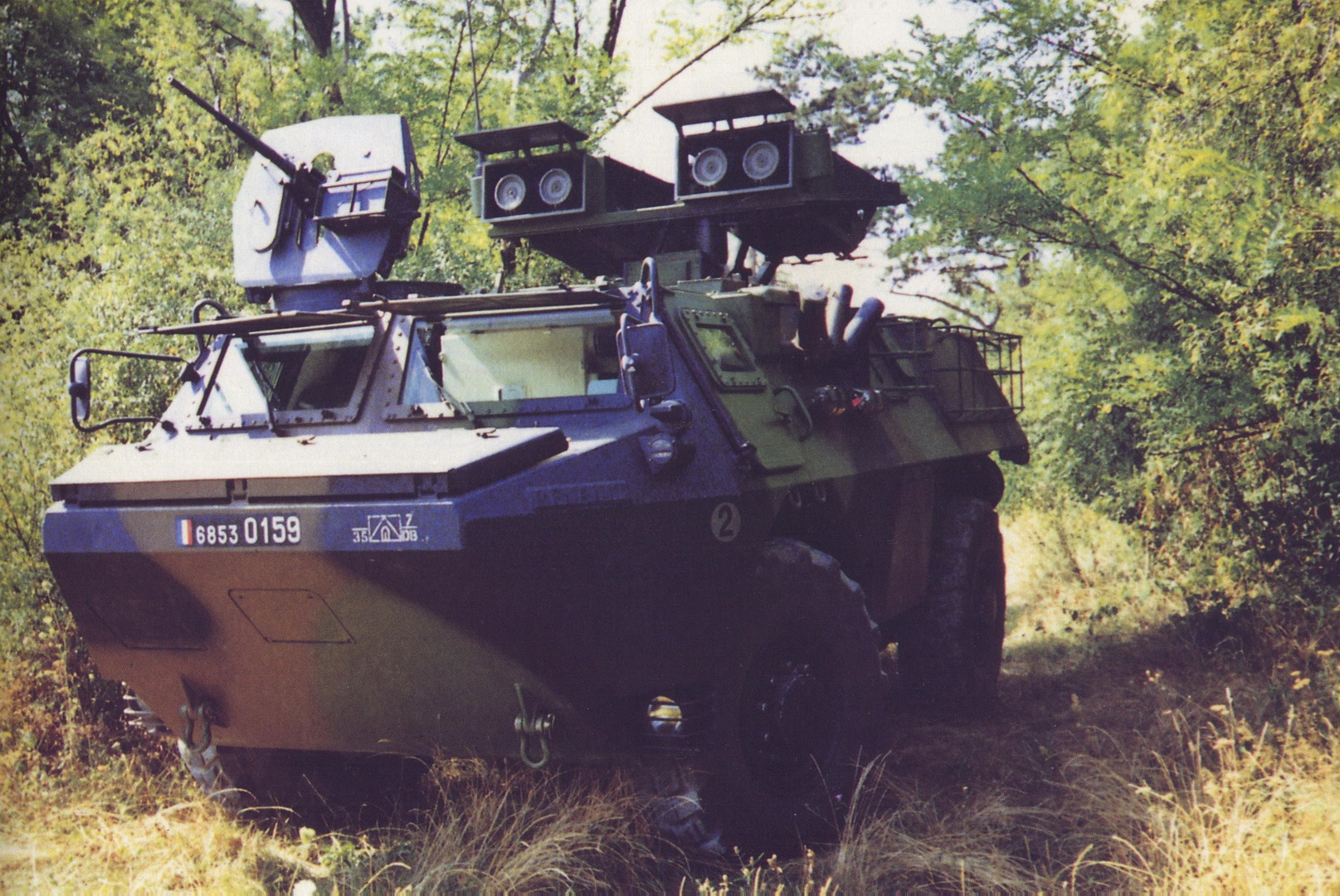 It was a fairly simple vehicle with welded steel hull that could in its APC configuration carry 2 crewmembers and 10 troops. It offered only very basic protection from small arms, but it was also quite light (13 tons), agile and fast (maximum speed of 92 km/h) thanks to its relatively powerful Renault diesel that produced 220 horsepower. Several thousand of them were built between 1976 and 1993 both for France (3.975 vehicles in various configurations) and for export, which included a 6-wheel variant.

One of the variants produced both for France and for Export was called VCAC (“Véhicule de Combat Anti-Char” – Anti-Tank Combat Vehicle) and was fitted with the Euromissile Mephisto turret armed with four HOT missiles. This was a dedicated tank killer, replacing the troop-carrying capacity with a massive loading system and two more crew members – in addition to the driver and the commander, the vehicle also had a missile operator and a loader. The whole point of this variant was to provide the French infantry units with the means to knock-out enemy tanks while maintaining their high mobility. The VCAC vehicles could therefore keep up with their APC counterparts.

The entire vehicle weighed 13.25 tons and had the same welded steel armor as its APC counterpart with the front being 8mm or so thick and the sides being 10mm thick, just enough to protect it against 7.62mm AP bullets. Additional protection was provided by two smoke grenade launchers and a NBC system.

The vehicle was powered by the same engine as the APC – Renault MIDR 06-20-45 (sometimes written also 062045 or 06.20.45). It was a 9.84 liter turbocharged diesel engine producing 220hp and, paired with a manual transmission, allowed the vehicle to go as fast as 90 km/h. An upgrade was offered in the form of an up-tuned version of the same engine (up to 250hp) and the installation of an automatic ZF transmission, but the maximum speed remained the same. The vehicle could reach the distance of 1000 meters from full stop in 54 seconds and was fully amphibious with the maximum swimming speed being 8.5 km/h. The wheels were independently suspended by torsion bars and hydraulic shock-absorbers.

The most interesting part was, of course, the launching mechanism. In its transport position, the launcher was retracted into the vehicle – in this position, it could be loaded with four HOT missiles by the loader. When needed, it was hydraulically elevated by the operator.

The launcher could rotate 360 degrees, could elevate to +10 degrees and depress to -10 degrees. Apart from the 4 loaded missiles, the vehicle carried 8 more in the hull (in two 4-missile containers). These missiles were of the SACLOS type (Semi-Automatic Command - Line of Sight) with infrared/wired guidance – with this missile type, the gunner needs to keep the target in his sights for the duration of the flight and the missile will do the rest.

The HOT missiles have the following properties:

Three HOT type missiles were used over the years:

The turret was equipped with:

It is unclear as to when the production of this vehicle started, when it ended and how many were made. Various sources suggest that the vehicle is still in service in France (scheduled to be replaced by another platform in the next decade) with some 135 made for the French. Qatar allegedly operates 24 of these, Cyprus has 18 and around a dozen originally French vehicles were sold recently to Lebanon. The VAB itself participated in a large number of peacekeeping missions (wherever the French were involved) but the Mephisto variant has likely not seen any actual combat.

In Armored Warfare, the VCAC Mephisto will be a Tier 8 Tank Destroyer, representing a departure from the general French and Italian MBT branch gameplay. It will be a wheeled missile-based Tank Destroyer, much like the Kornet-EM or the VBL INGWE – fast, maneuverable (for a wheeled vehicle) and with good camouflage, making it an idea long-range MBT hunter. However, there will be a plot twist. 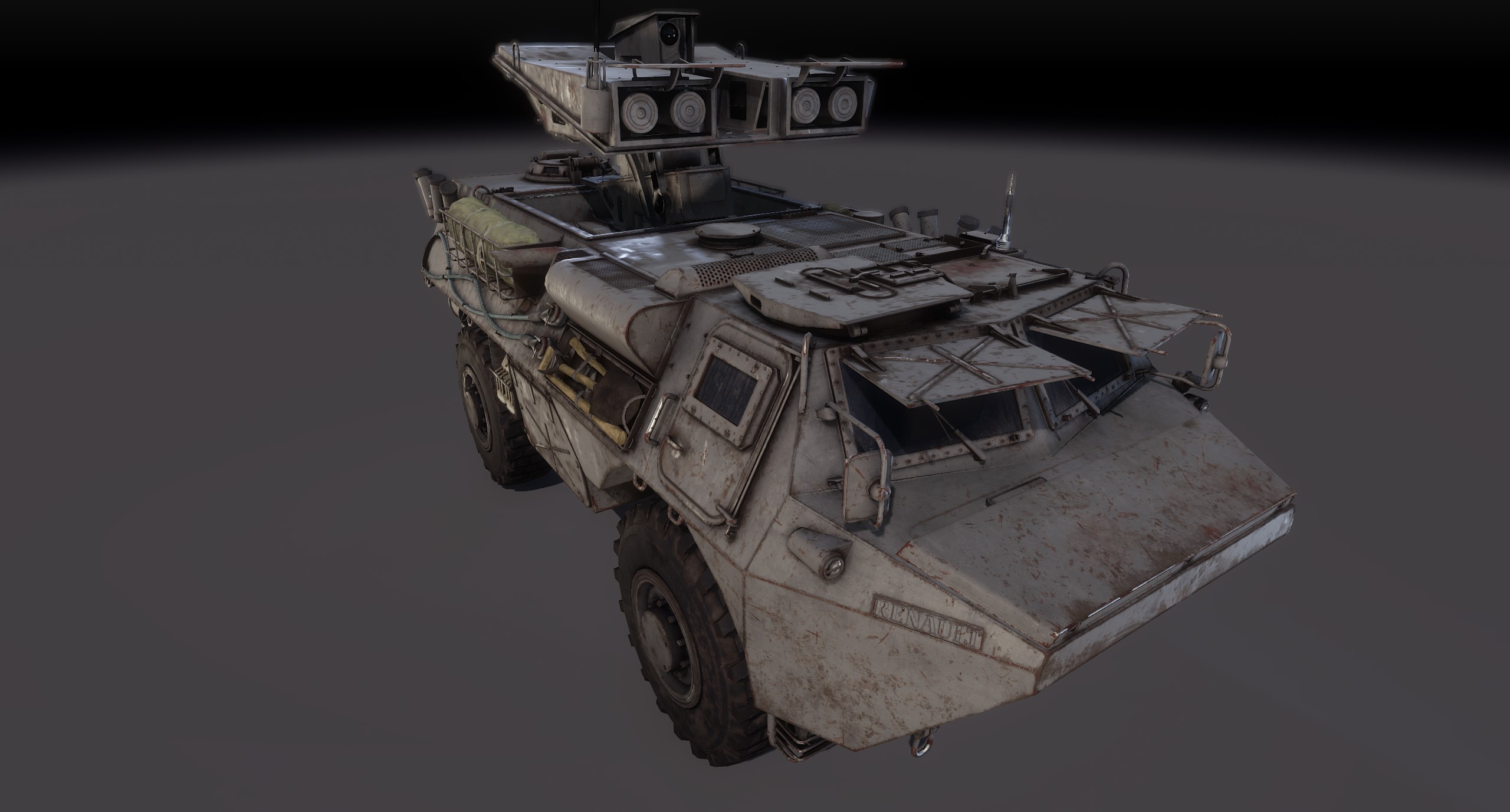 As you’ve learned already, the idea behind Francine De Laroche’s vehicle pool is that of player choice. The Mephisto will therefore offer you a selection of configurations, mostly tied to the firing mode of its 4-barrel ATGM launcher.

When upgrading the vehicle, you will be offered several choices, allowing you to turn the Mephisto into a true long-range fighter, or a more mobile mid-range fighter with some active defenses. You will, for example, be offered the choice between:

The ultimate firepower choice will, however, be between:

No matter what you choose, however, we hope that you will enjoy the vehicle.

We will see you on the battlefield!