Updates 0.19 and 0.20 introduced a large number of changes to shell mechanisms as a part of the global Balance 2.0 overhaul – these changes (along with the reasons for their introduction) are listed in a dedicated article on Balance 2.0 mechanics. 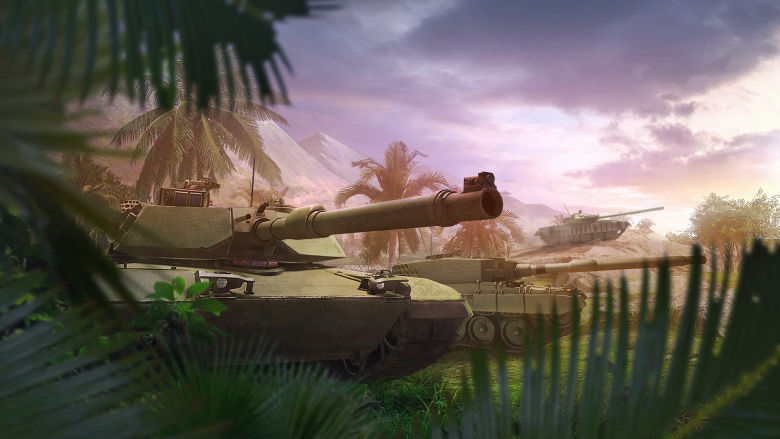 Over the last weeks, we have evaluated the results of the abovementioned changes and have identified several issues with the Balance 2.0 system. These include:

Some of these issues go directly against our vision for the shell type roles, which is (generally speaking) as follows:

Armor-piercing shells should be the most reliable of all types and able to deal predictable, if not the highest, amount of damage while keeping high penetration values, high muzzle velocity and high accuracy. They should be the best shells against heavily armored targets and for sniping.

HEAT shells and missiles should be the best shells against light vehicles with thin armor as well as against thinly-armored parts of heavy vehicles (such as Main Battle Tank rear), especially at close distances where accuracy is not that important, dealing massive damage to such targets, causing more module/crew damage and having a higher chance to set enemies on fire. However, their downside is their low muzzle velocity, lower accuracy and the fact their effectiveness is reduced by composite armor.

High-Explosive shells and missiles are mostly useful in the following main cases:

HESH/HEP/PISH/Thermobaric shells and missiles are extremely effective against sloped armor and also have their own set of weakspots – in other words, due to their distinctive mechanics, the weak (“green”) armor zones of these shells are different than those of kinetic/HEAT shells. These shells and missiles also deal maximum damage to modules. Their downside is that they are rather rare and only appear on several vehicles, providing unique gameplay.

To improve the shell situation and to bring it closer to the abovementioned intent, we will be introducing several changes in Update 0.21.

Armor-piercing shells will lose the damage bonus but will gain shell normalization (post-impact artificial improvement of the impact angle by several degrees in favor of the player). In other words, if the normalization is (as an example) 3 degrees, the shell impacts under 72 degrees angle and the ricochet angle is 70 degrees, the shell will not ricochet because the 3 degrees are deducted from the 72 degrees impact angle, resulting in 69 degrees impact angle and no ricochet. This particular change may appear after Update 0.21, but it is in development.

Additionally, shells will gain the Overmatch ability – very thin armor will be penetrated by large caliber shells even when the shell impacts under very sharp angle. Armor materiel will play a role - aluminum and composite armor will be much easier to overmatch than steel. The exact values are still under development.

This will result in more consistent AP damage output – players will no longer have to avoid firing at the back of a tank (currently, firing at thin armor actually makes them lose the AP damage bonus versus thick armor).

What is equally as important, light vehicles will no longer randomly ricochet shells due to difficult-to-track sharp angle impacts. This will increase the gameplay quality by removing the frustration of random ricochets.

HEAT shells and missiles will be completely rebalanced. They will receive the same base damage as AP shells of the same caliber but, unlike AP shells, their damage will progressively increase with the remaining shell penetration. This difference is calculated by deducting the penetrated armor thickness from the shell’s penetration roll.

Additionally, fuse failed results (ricochets) will only appear at 80 degrees impact angle or higher (previously was 75 degrees). For the most modern HEAT shells and missiles (such as the MMP on CRAB and SPHINX, Spike-LR on Rosomak M1M or T-15’s missiles), it’s possible that this threshold will be even moved to 85 degrees.

High-Explosive shells and missiles will receive a bigger bonus to module damage as well as a bigger bonus to damage when penetrating to make them more useful against both modules (for example, against tracks in order to immobilize a target) and thin-armored vehicles. When it comes to external module destruction, HE shells should be the weapon of choice.

Apart from the abovementioned effects, these changes significantly improve the minimum damage the HE shells do. This also applies to autocannon HE shells that will be able to do at least some damage against MBT side-armor.

The HESH/HEP/PISH/Thermobaric shells and missiles will receive some minor tweaks as well, but overall they are working as intended. Fuse failed angle (ricochet) will be changed to 80 degrees or 85 degrees for the most modern shells such as the PISH rounds. Several specific shells (such as the Chieftain ones) will receive a buff.

We have several other plans that we will try to make appear in Update 0.21, although it is possible that they will appear at a later date. These future changes include:

We hope that you will enjoy these changes and will see you on the battlefield!

Learn more about the changes to Armored Warfare economy, coming in the future updates

We are proud to present the first preview of the newest addition to Armored Warfare - Update 0.21 "Eye of the Storm"!