In Armored Warfare, Type 96A is a Tier 7 Main Battle Tank, available in Zhang Feng’s vehicle pool. However, it’s not the newest version of the Type 96 vehicle series planned for Armored Warfare. For Update 0.23, we’ve prepared a premium variant called Type 96B. 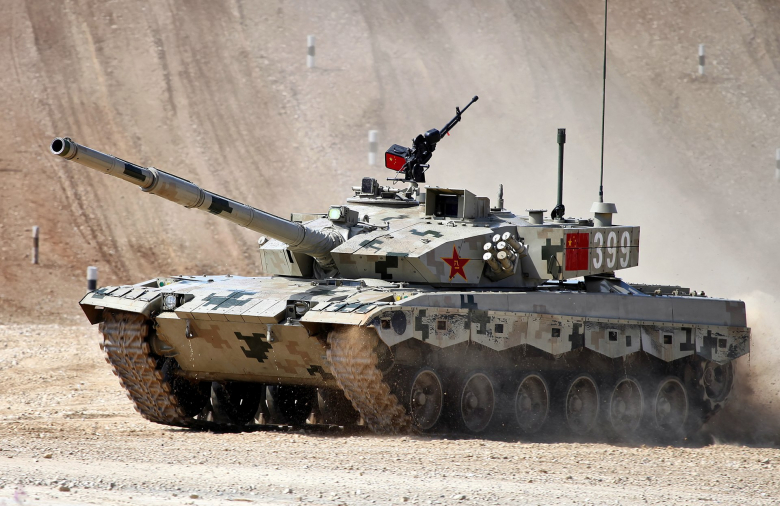 Type 96B is, as its name suggests, an upgraded version of the Type 96A Main Battle Tank. It appeared for the first time in 2016 when it participated in the annual Tank Biathlon contest on the Alabino polygon in Russia. The event took place in July and August 2016 and China won the second place with the Type 96B and its crew only defeated by the Russian team.

Even though both vehicles look roughly similar in shape, the Type 96B has a number of upgrades over the older Type 96A variant.

First, according to Chinese sources, it has thicker turret armor. Its exact performance is not known and given the experimental nature of the vehicle, it likely won’t be for some time. The same goes for the hull front that now features a somewhat different ERA kit layout (the ERA is of the FY4 type). Some Chinese sources claim that the frontal turret protection levels increased from Type 96A’s 670mm of RHAe to 700-750mm RHAe, while the hull has a protection equivalent of up to 1100mm of RHAe versus HEAT rounds and 650mm RHAe versus kinetic rounds. How much of this is actually true is not known, but the Type 96B is generally considered to have the frontal protection equal to the newer Type 99 models.

The turret is also recognizable from the older Type 96A by the presence of such elements as:

These changes are connected to the presence of a new, more advanced fire control system for the 125mm smoothbore gun, making it more accurate compared to its predecessor and decreasing its reaction time. It only takes roughly 6 seconds from the discovery of the target to the first shot. The vehicle is also rumored to use brand-new APFSDS shells, capable of penetrating more than 700mm of armor at 2km. 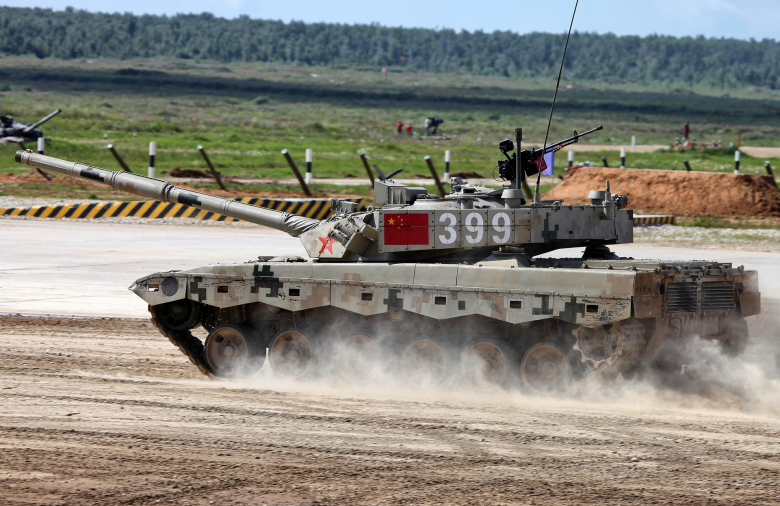 To accommodate these changes, the engine deck and rear of the vehicle were overhauled – the Type 96B engine part is recognizable from the Type 96A one by being vertical and featuring two radiator grilles as well as two round engine exhausts.

The suspension was also updated – Type 96B is recognizable from Type 96A by a different layout of roadwheels, especially noticeable by the gap between the third and the fourth one.

Apart from the abovementioned changes, the vehicle also features a number of minor upgrades such as the design of the side skirts and the mud guards, new double-pin tracks, new headlights and so on.

Not much else is known about this new Type 96 variant, nor are there any announced plans for the Chinese military to convert its fleet of Type 96A tanks into Type 96Bs. According to some Chinese sources, the Chinese military isn’t really happy with the tank and the development of the Type 96 platform will continue.

The Tank Biathlon event is, however, an excellent method of testing such experimental vehicles in practice and it’s quite possible that the Type 96B or other future variants of the Type 96 will appear there in the future. 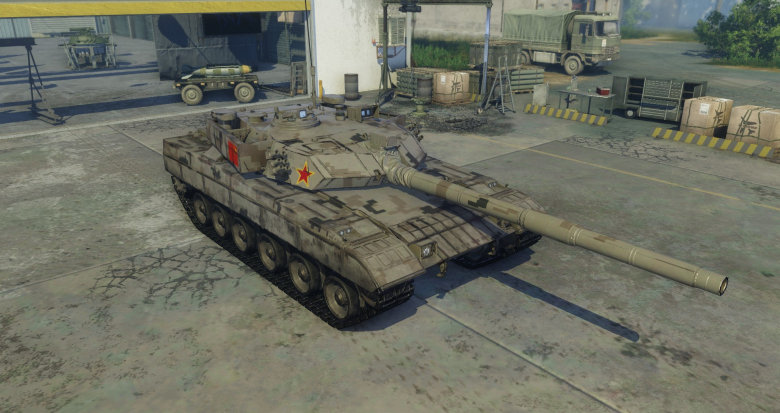 In Armored Warfare, the Type 96B will be a Tier 8 Premium Main Battle Tank, available in the Web Shop. Compared to the Type 96A, it will feature improved firepower thanks to more modern shells while the protection will be roughly on par with its predecessor. Speed and agility-wise, the Type 96B MBT will be superior to Type 96A and will be suitable for players, who like the end-game style of Chinese vehicles – agile and fast Main Battle Tank capable of dealing high amounts of damage.

We hope that you’ll like it and will see you on the battlefield!

Learn more about the new Dossier section, introduced in Update 0.23