In this article, we’ll discuss one of those relatively small changes that, however, have profound impact on the game’s balance. 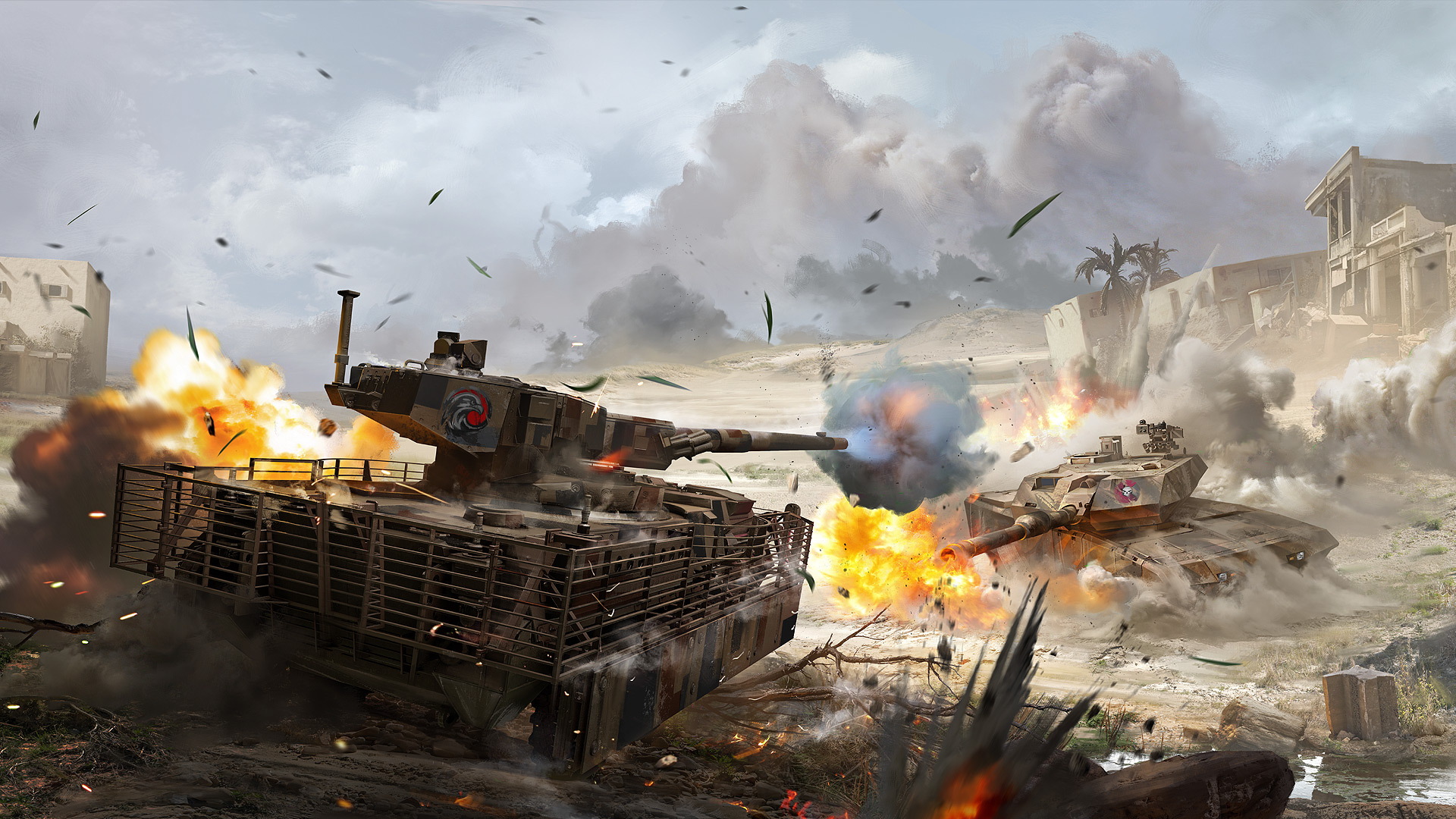 Since the beginning of the development, high-explosive (HE) shells have been a part of the core game design of Armored Warfare. Even though they aren’t really meant to be used against armored vehicles in real life, they still have their uses on the battlefield, especially when engaging soft targets and light emplacements. That’s the main reason they were added to the game in the first place – that, and the fact that players were familiar with a concept of ammunition that:

The HEAT-MP shells have more or less the same purpose, sacrificing some base performance for the ability to deal some small damage even upon non-penetrations.

However, as the game development progressed and years went by, the HE mechanics became more and more obsolete despite several deep overhauls, resulting in the current state where high caliber HE rounds are utterly devastating against pretty much any target. If you are participating in high-Tier PvP battles, you have likely been a victim of a 152mm HE shell more than once even if you’ve been doing “everything right” by showing the enemy only your thickest armor.

To address the situation, in Update 0.35, we will be doing two things:

More specifically, starting from Update 0.35, a high-explosive shell detonation will yield one of the following three results.

Full Penetration – the shell penetrates the armor completely and deals its full damage. The penetration calculation will not take angle into account, only nominal armor. This result will be typically achieved when the penetration indicator turns green, which is common for very light AFVs and the rear areas of MBTs.

Partial Penetration – this result happens when the armor thickness exceeds the basic penetration of the shell, but falls within the splash penetration category, which is usually between 250mm and 350mm. The shell explodes on the surface, a splash wave is triggered and an average nominal armor value within the splash radius is calculated. In such a case, the shell will deal 28 percent of its maximum damage. This result will be typically achieved when the penetration indicator turns yellow, which is common for lighter classes such as Light Tanks and for MBT side armor.

No Penetration – this result happens when the average armor in the detonation area is thicker than the splash penetration, which is typically 250mm to 350mm (depending on the shell). In such a case, the shell will always deal 7 percent of its maximum damage. This result will be typically achieved when the penetration indicator turns red. This is the usual result for hitting the most armored areas of an MBT.

Regarding the rules above, please note:

The next thing we want to address is splash and its effect on module damage. We all know the situation – an enemy tank fires under your tank and suddenly your gun is destroyed, your gunner is dead and your optics are broken. Not ideal, to put it mildly. To address this situation, we’ll introduce the following changes:

The latter warrants some further explanations. Before Update 0.35, the damage within the splash radius was basically the same. The splash formed a globe and within it, everything got damaged, including modules (unless a saving throw was passed, that is). This led to the abovementioned results where large HE shells could just break every single module of your tank when fired below it, or even near it. In Update 0.35, this damage scales with splash range. No more destroyed optics from a blast from below!

And, last but not least, we’ll be addressing the matter of HEAT-MP shells that, right now, deal too much non-penetration damage without having any of the drawbacks of ATGMs (susceptibility to soft-kill APS, flight velocity, missile noise, no warning etc.) That is why we’ll be making the following changes:

This will mitigate the cases where your health gets quickly chipped away by HEAT-MP shells while maintaining their function of knocking out targets that are low on health.

That’s it for today, commanders. We hope that you’ll enjoy these changes and, as always: