Menu
Play now
The T92 Light Tank was developed in the 50s by Aircraft Armaments, Inc. to replace the M41 Walker Bulldog. It was actually one of three designs to attempt to do so – the other two being the T71 light tank variants by Detroit Arsenal and General Motors (Cadillac). For its time, it was a very futuristic design with a cleft turret (separating the gunner from the commander by the body of the gun). The crew consisted of four men (the other two being the driver and the loader). 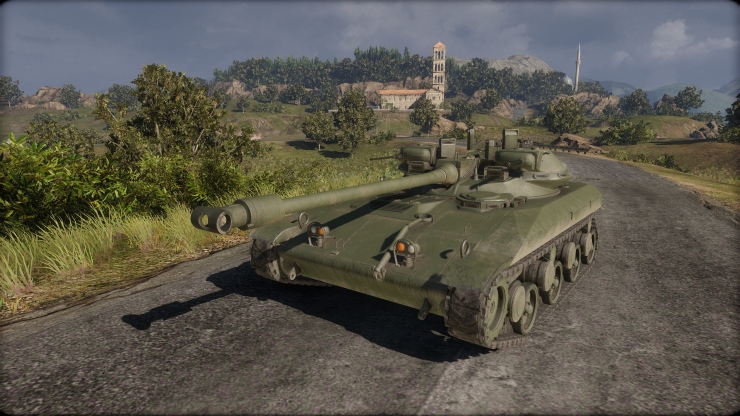 Overall, it was actually quite an interesting vehicle. The welded hull armor was naturally quite thin (rolled homogenous steel) and some parts were made from military-grade aluminum, but due to its design and a lot of sloping (especially from the front) it effectively offered the same protection as the armor of the M41 Walker Bulldog. The turret was made of cast steel and aluminum as well. 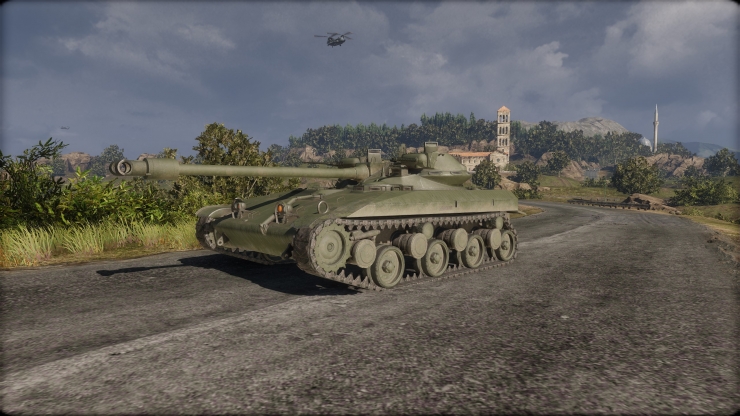 The armament was adequate for the time the vehicle was developed in – a high power 76mm gun was seen as sufficient. The vehicle was armed with a 76mm T185E1 gun with semi-automatic loading, installed in a turret capable of 360 degrees rotation. The gun was actually balistically identical to the M41 Walker Bulldog gun; it was just turned upside down to mount the semi-automatic loading system. Thanks to its interesting cleft design, the gun could depress to -10 degrees and elevate to +20 degrees. Its effective rate of fire was 12 rounds per minute but the gun was not stabilized, which limited the possibility of accurate fire on the move. The gun was quite powerful though – the M339 APBC round was able to penetrate roughly 127mm of rolled homogenous armor (unsloped), while the M319 HVAP was able to penetrate around 152mm at 30 degrees (it is worth noting that these tests were performed against armor plates of different Brinell scale hardness, against the same targets the M339 would perform better). The ammunition load carried was 60 rounds.

The mobility of the vehicle was also excellent. It weighed roughly 18.5 tons and was powered by the 340hp Continental 10.3 liter V8 AOI-628-I engine paired with XT-300 transmission. The power-to-weight ratio of the vehicle was 18.37 hp/t and its maximum speed was 35 miles per hour (56 km/h).

The vehicle proposal was well-liked and was approved by the Ordnance Technical Committee in March 1954 under the 76mm gun tank T92 designation. The development of the Cadillac T71 continued in parallel to the T92 until January 1956 when the T71 was finally cancelled in favor of the T92.

Two mild steel T92 prototypes were ordered by the military and the first was delivered to Aberdeen Proving Grounds on 2nd of October, 1956 (with some parts missing due to production issues). The second prototype was delivered on 22nd of July 1957 and there were plans in place to start mass-producing the vehicle in 1962. 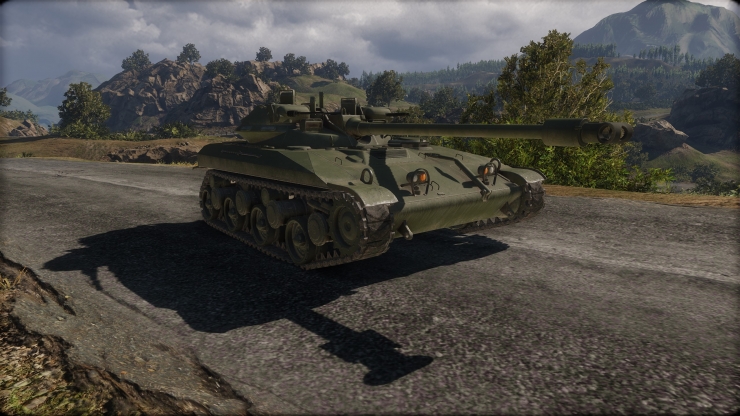 The Aberdeen testing resulted in a number of modification proposals (around 50 in total) as well as in the order of two more vehicles (this time from armor steel, fully protected) by 1958. Unfortunately, the situation changed in 1957 as the U.S. Congress learned of the Soviet amphibious PT-76 light tank. This resulted in a request to make the American light tanks amphibious as well but the T92 could not be modified that way. Sadly, the amphibious requirement turned out to be the bane of both Soviet and American vehicles by putting additional restrictions on the designs, even though the value of this trait is questionable at best to this day. 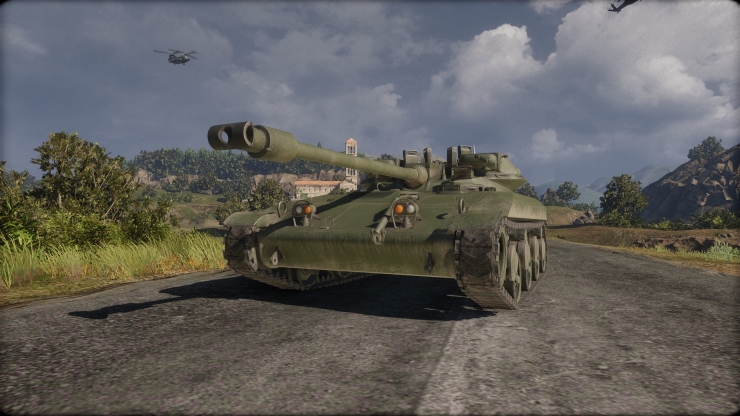 In June 1958 the order for the other two prototypes was cancelled and the entire T92 program met the same fate soon after. The new subsequent light tank development eventually resulted in the M551 Sheridan. As for the T92 prototypes – one is still standing in Aberdeen today.

In Armored Warfare, the T92 will be a tier 2 premium tank. Since the entire project ended in its prototype stage, the T92 only has a few upgrades available, including more powerful shells for the main gun. It will be a lightly armored but very agile and quick-firing vehicle with a very high damage over time ratio.

You will be able to play with the T92 in one of the future Armored Warfare updates. See you on the battlefield!