In the American Dream season, currently available in Armored Warfare, we have introduced four new progression vehicles, including the M48 GAU-8, armed with a 30mm rotary cannon. However, that’s not all that’s coming this year – two more vehicles are planned for Update 0.30, one of them being a predecessor to the abovementioned Avenger-carrying Patton. Today, we’re going to take a look at this machine. Its name is T249 Vigilante. 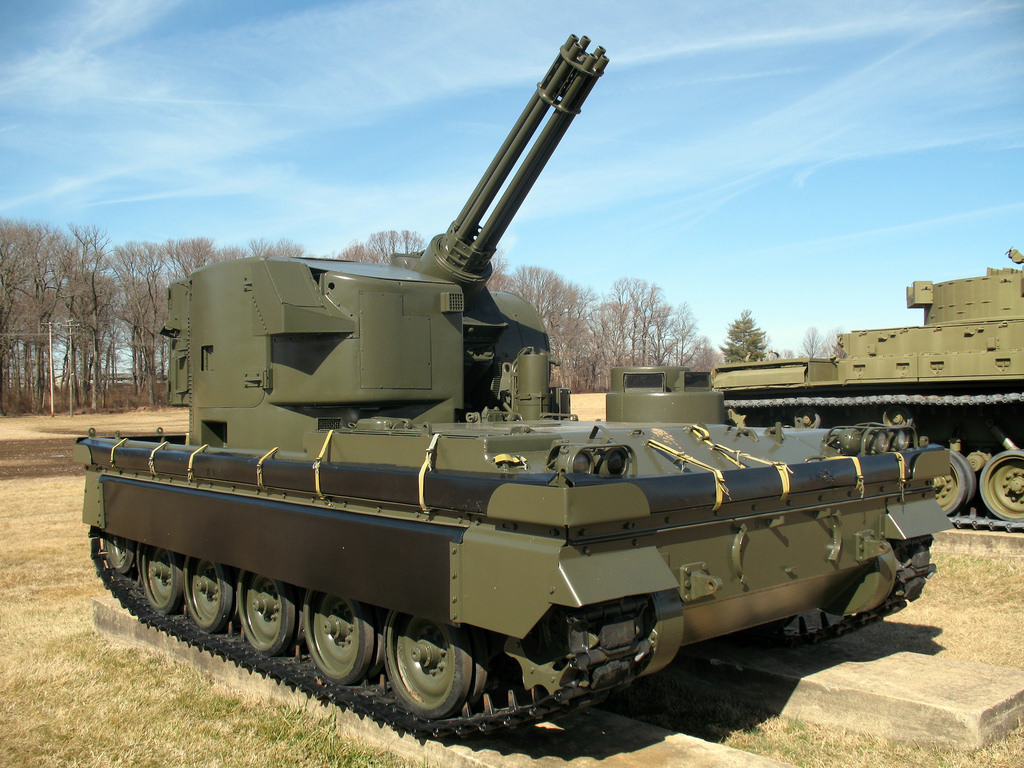 We’ve touched upon the history of the Vigilante in our previous DIVAD article as one of the attempts to provide the U.S. Army with a mobile anti-aircraft platform. For the full history of the American triple-A platforms until the 1970s, we recommend checking the previous article out, but here’s the short version.

By the 1950s, the Americans were struggling to provide their armored forces with adequate anti-aircraft capabilities. There was, of course, the famous M42 Duster with its twin Bofors 40mm cannons, but those were manual sights only (without any radar guidance). A Duster variant with radar was considered but ultimately never adopted (mostly due to the fact it was quite expensive).

Additionally, the American projects of tracked AA platforms with guns had an additional enemy that was far more powerful than any Soviet airplane – the U.S. Military. During this era, anti-aircraft (or even aircraft) guns in general were regarded as obsolete and it was believed that guided missiles would be the next big thing. The Vietnam War would prove that notion wrong, but that is a story for another time.

We will focus, naturally, on the Vigilante B version. It was a project undertaken by the Sperry Corporation with three prototypes made at some point in the late 1950s. The chassis was a heavily modified M113 APC, on which a massive radar-controlled turret, armed with a six-barrel T250 37mm rotary cannon. The vehicle had a crew of three. The crew was protected by generally thin aluminum armor, similar to that of the M113 APC. What this meant was protection against small arms (but little else).

Mobility was generally comparable to the original M113 APC – its Chrysler 75M 215hp V8 gasoline engine provided enough power to move the 9.2 ton vehicle around. The suspension was also taken from the M113 but the vehicle was made longer and had a special feature where it could be locked to become rigid in order to better withstand recoil.

And some recoil it was – the 37mm T250 Gatling gun was capable of firing up to 3000 high-explosive rounds per minute from a 192-round drum (emptying it in under 4 seconds), although a reduced rate of fire (120 rounds per minute) was available as well, should the Vigilante engage ground soft targets. Against armored targets, the gun wasn’t very effective due to the fact that the only 37x219mm T68 shells (made by modifying 40mm Bofors ammo) available for it were high-explosive. The muzzle velocity of these shells was around 914 m/s (3000 feet per second). The gun fired in short bursts of 1 to 48 rounds. 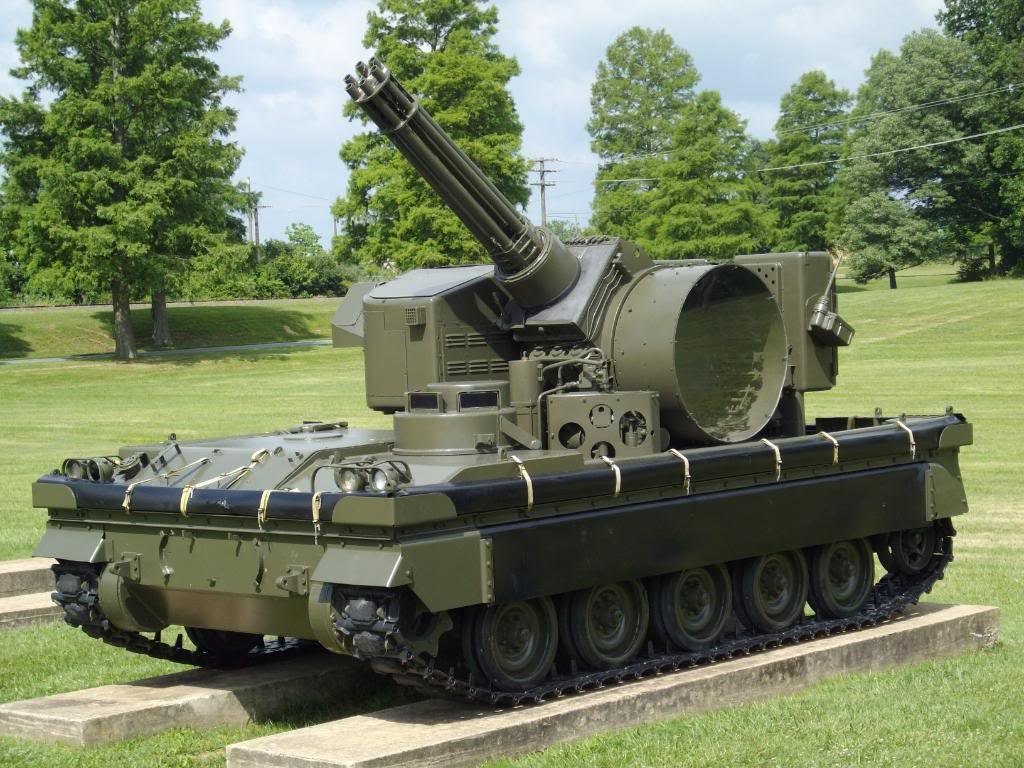 The gun was controlled by the T51 Fire Control System, which included the XM17 group, featuring pulse-Doppler radar. By some accounts, it was fairly effective. The three prototype vehicles were tested until 1960 but with the focus shifting towards missiles and a lot of hopes being put into the Mauler program that ran in parallel with the Vigilante, cancelation was but a matter of time. The development ran until 1962 or so, at which point it was mothballed, only to re-surface in the form of the Sperry DIVAD proposal in the late 1970s. One of the three prototypes survived and is currently displayed in the Fort Sill museum in Oklahoma.

In Armored Warfare, the T249 Vigilante will be a Tier 9 progression Armored Fighting Vehicle. Much like the other new American Dream vehicles, the Vigilante will be possible to unlock from an existing vehicle of another dealer – in this case, the Ramka-99 Tier 8 Tank Destroyer.

But before we continue, please note:

In some ways, the Vigilante will be similar to the M48 GAU-8, featuring only mediocre mobility for its class (68 km/h maximum speed, acceleration to 32 km/h in approximately 5 seconds) and very little protection – its aluminum hull will not be able to stop practically any shells. 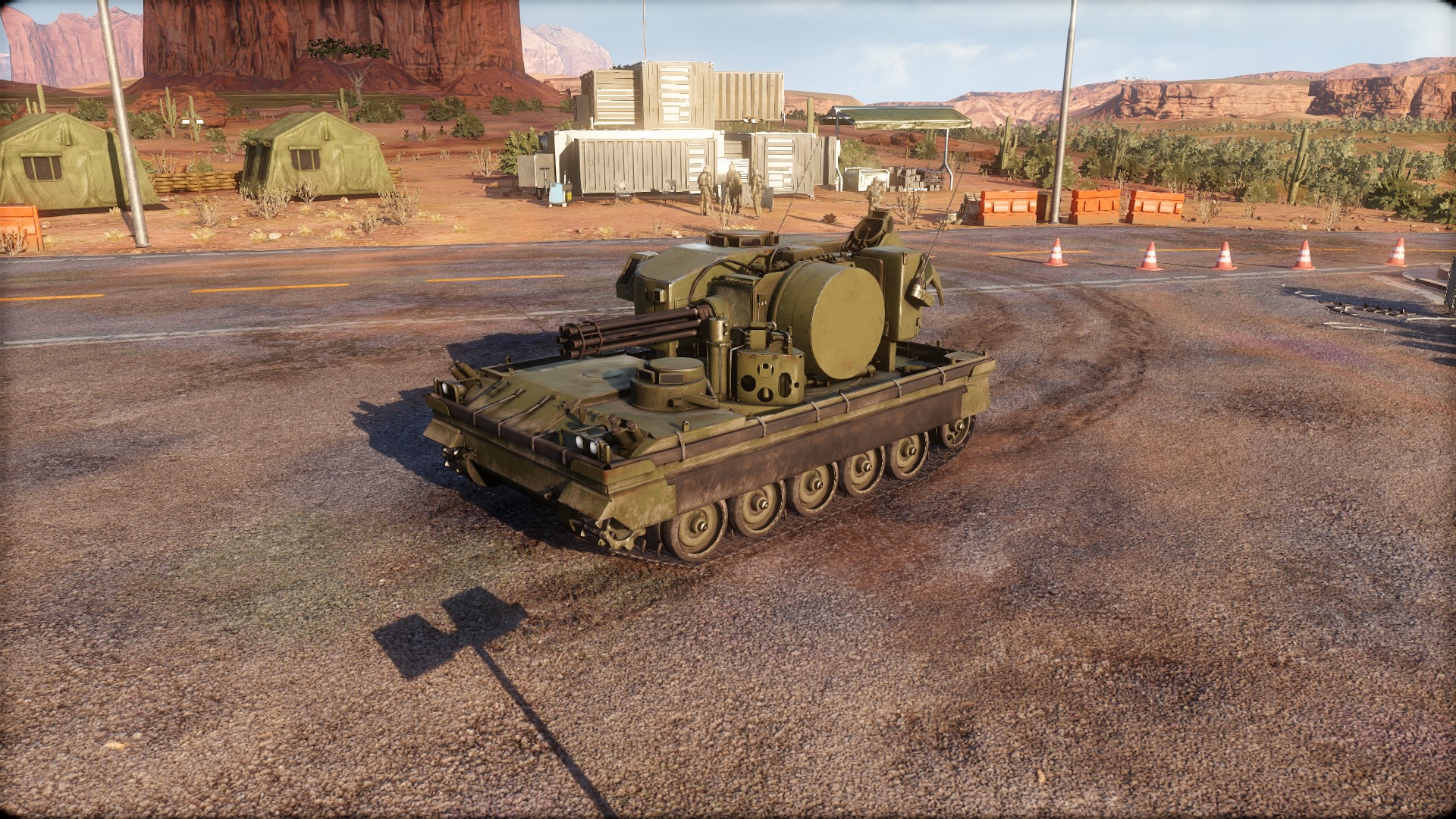 But, of course, all that will be compensated by its weapon system – the T250 37mm rotary cannon. Being the largest Gatling gun ever built, this weapon will have the firepower to match its size with its rate of fire being 3000 rounds per minute. There will, however, be some significant differences compared to the GAU-8 Avenger of the Tier 10 TD.

For one, the gun will fire only HE shells with high damage but limited penetration. These shells will be capable of tearing light targets apart easily, but will not perform well against frontal MBT armor, making proper target selection a must. Additionally, the gun will have a limited magazine (192 rounds) and will fire in fixed 1-second bursts (48 rounds per burst). In other words, four bursts will be available before the gun will have to be reloaded for a quite significant time.

Apart from its firepower, the Vigilante will have another important tool in its arsenal. It will have the Active Radar active ability, allowing it to improve its spotting range at the cost of its own camouflage. Running active radar on the battlefield makes any vehicle quite conspicuous, after all. 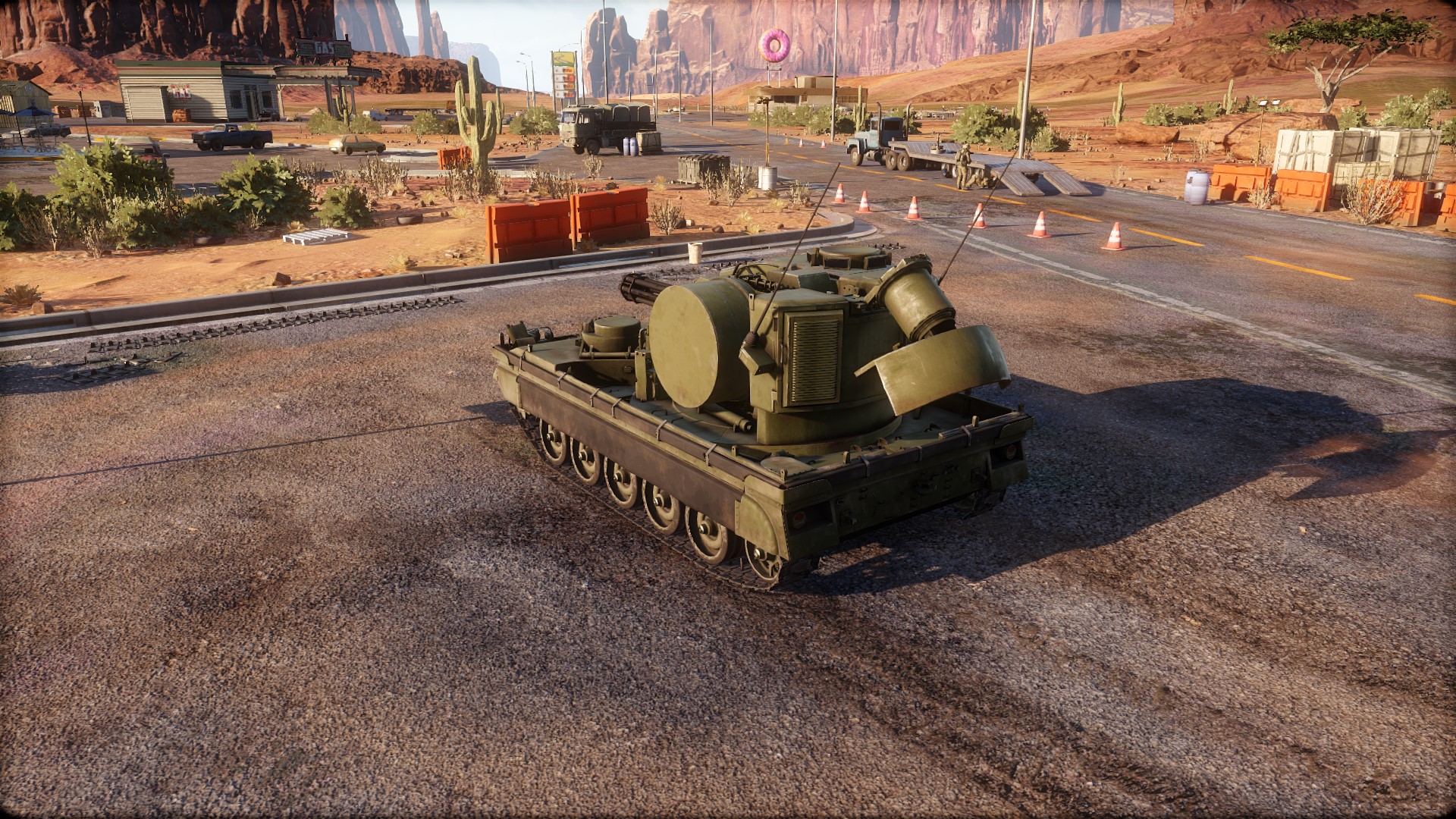 This ability will be especially useful to organized teams of players where one Vigilante will be able to unveil enemy vehicles for its team mates to destroy. Combined with its solid base view range, the Vigilante will have the potential to become one of the most potent spotters in the game.

The T249 Vigilante will not be a front-line vehicle, but rather a tactical tool of war for skilled players. When used as an MBT, it will die quickly, but staying hidden and choosing your battles carefully while keeping an eye out for enemy movements will yield some excellent results.