One of the most important armor-related events of 2015 was news of the super-modern T-14 Armata Main Battle Tank in both journals dedicated to armored vehicles and main-stream media. Whilst there was knowledge of the Armata platform development before it was officially unveiled at the 2015 Moscow Victory Day Parade, this public appearance shattered the traditional perception of western armor superiority. 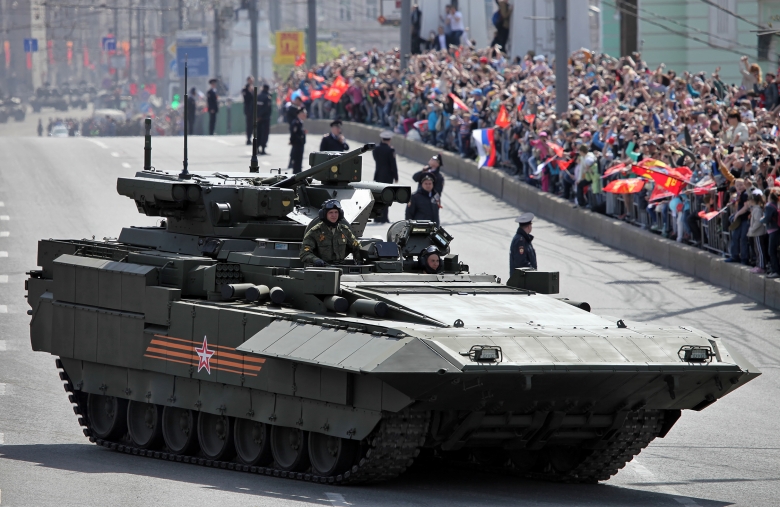 Public interest was mostly focused on the T-14 MBT version, but the heavy infantry fighting vehicle variant – designated T-15 (or Object 149) – received some attention as well. We have decided to implement this vehicle into Armored Warfare as the ultimate member of the heavy AFV family, commonly known as the "Terminators". The T-15 Armata will be introduced in Update 0.16 as a Tier 10 vehicle.

The concept of super-heavy infantry vehicles capable of not only transporting troops, but also supporting them with a withering hail of fire from their multiple weapon systems is nothing new. Israeli armor designers pioneered it by converting the hulls of obsolete tanks into extremely well-protected infantry carriers and other countries have also introduced their respective proposals for this class of vehicles (for example the French Leclerc-based T40). However, it was Russia that introduced the unified Armata platform specifically designed for both MBT and heavy IFV use. 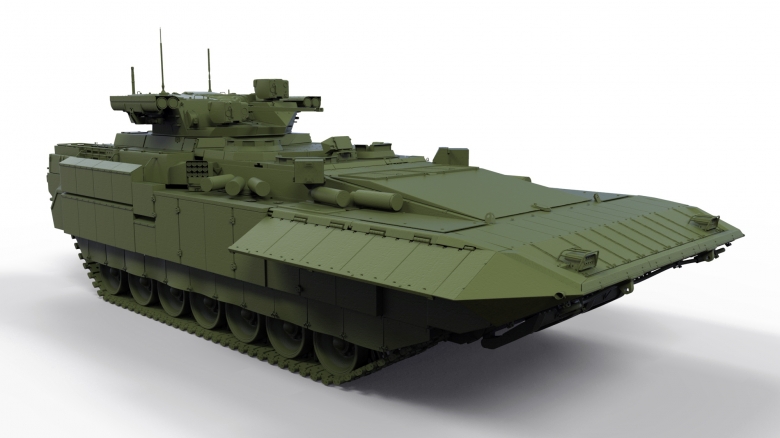 Development of the Armata platform started as early as 2009 in Uralvagonzavod in Nizhny Tagil. Vehicles belonging to the Armata family (the T-14, T-15 and Koalitsiya-SV artillery) were first shown to the public during the abovementioned parade in 2015 along with other new vehicles such as the Kurganets-25 vehicle family and Bumerang APCs.

Several sources point out that the T-15 is unlikely to become the standard replacement for all BMP-class vehicles in service; that role will be covered by the Kurganets AFV. Instead, the T-15 will be reserved for high-intensity combat and for elite Russian troops. Russia is planning to produce several thousands of Armata platform vehicles by 2020, although how many of them will be the T-15 variant (if any) remains to be seen. 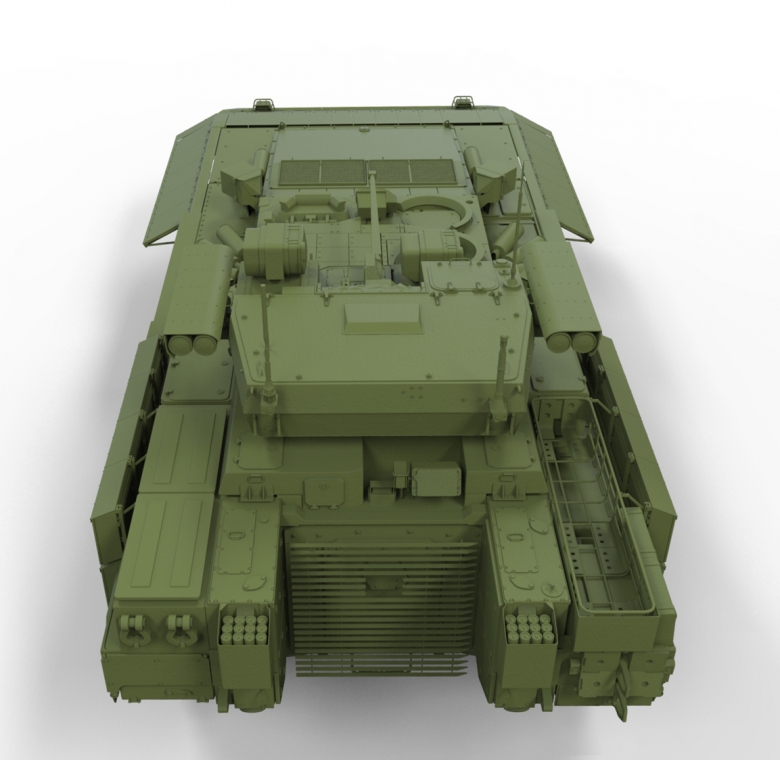 The T-15 is an extremely well-protected vehicle. Russian sources claim that its frontal armor is impervious to all contemporary western guided missiles (of up to and including 150mm caliber) and shells (of up to and including 120mm caliber). Such statements need to be taken with a grain of salt until proven, but in any case the protection of the T-15 is certainly on an excellent level. Layers of passive composite armor, the arrow shape of which was chosen to maximize its effectiveness, are further enhanced by cutting edge Malakhit explosive reactive armor and Afganit APS. The engine compartment, fuel tanks, ammunition storage and crew compartment are also separated from each other by armored internal plates. 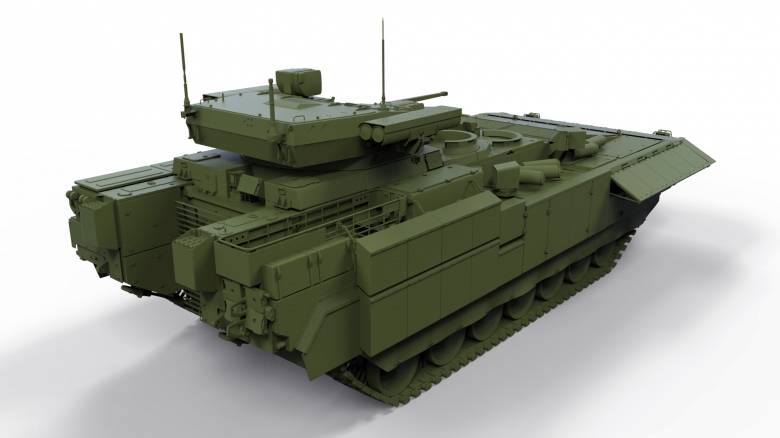 The vehicle is equipped with a Bumerang-BM unmanned turret, armed with one 30mm 2A42 cannon, a 7.62mm PKT machine gun and two Kornet missile launchers. One of the most interesting features of this module is its primary ability to engage flying targets, something the western IFVs are capable of only as an afterthought. Uralvagonzavod also confirmed a T-15 version with an AU220M Baykal turret instead of the Bumerang-BM. The Baykal turret is armed with a 57mm automatic gun and is capable of engaging flying targets as well. The Armored Warfare version will however only carry the Bumerang-BM turret.

The exact weight of the T-15 is not publicly disclosed, but it is estimated to be between 40 and 50 tons. The T-15 is powered by a front-mounted 12-cylinder diesel engine, capable of producing between 1200 and 1500 horsepower (sources vary) and allowing the vehicle to go as fast as 70 km/h. The fact the engine is installed in the front of the vehicle enhances the chances of crew survival even further. 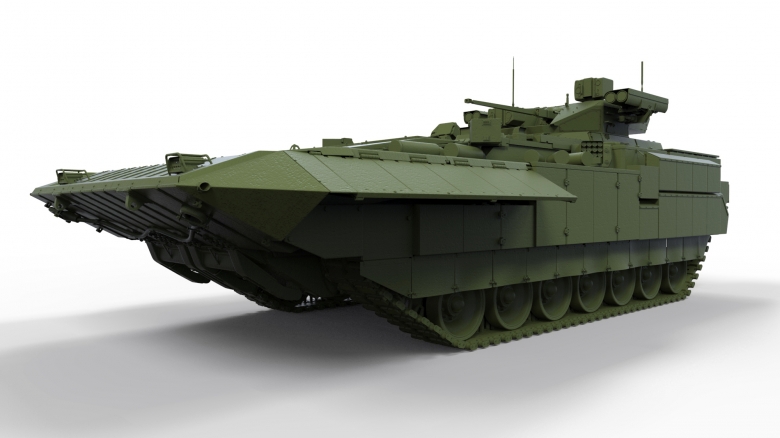 The T-15, however, was not built for speed and agility; it was built to withstand massive punishment. The excellent protection of the hull will make it one of the toughest vehicles of Armored Warfare, while the turret-mounted missile launcher, capable of launching 4 missiles in rapid succession, will make short work of even the hardest of targets.

We hope you will enjoy playing this vehicle and we'll see you on the battlefield!

Obsidian Entertainment and My.com are proud to introduce the first preview of the newest addition to Armored Warfare - Update 0.16. This update focuses on fixing the most important issues of Armored Warfare.

On the 11th of August, both Open Beta servers will not be available for an extended period of time in order to implement Update 0.16.2456