Since the launch of the last Battle Path, we’ve had a series of new Soviet or Russian vehicles coming to the game. Today, we’d like to tell you more about the last one – at least for a while. Whenever we ask you about the introduction of new machines, it’s one of the most requested vehicles across the board – we are, of course, talking about Object 120, better known under the name SU-152 Taran. 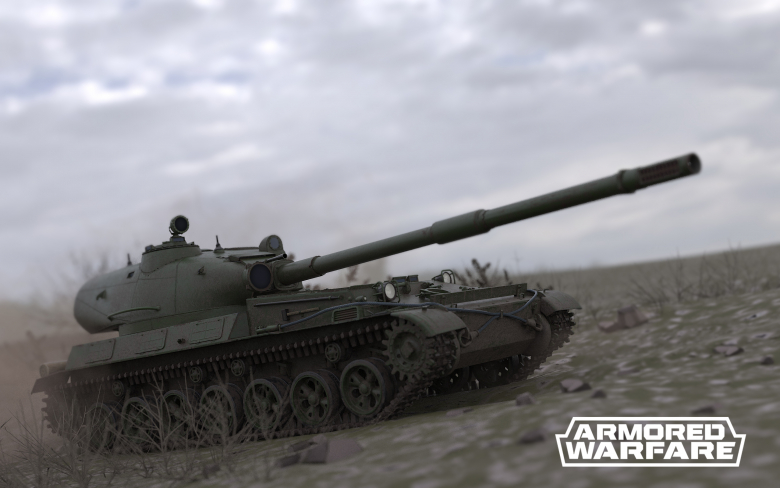 For its time, the project was fairly anachronistic. The design work on the Object 120 began in 1957, back when the ATGMs were becoming a thing. At that time, the general belief of the Soviet designers was that the tank killing role on the battlefield would be undertaken by guided missiles. This led to the development of a series of ATGM-based Tank Destroyers. While these dedicated tank killers would eventually mostly end up as failures, the ATGM development would continue, resulting most notably in the heavily armed BMP and BMD class of vehicles.

But, back in the mid-1950s, the old guard still had a say in what the future Soviet Tank Destroyer should look like. There were some officers, who didn’t exactly share Nikita Khrushchev’s vision of ATGM-dominated battlefield and it was just enough to justify the development of one of the last gun-armed tank destroyer projects.

The thing was, at that time, the Tank Destroyer class was intended to be used at distances of over 2000 meters. In other words, in order to defeat even the envisaged future western tanks, the gun would have to be extremely powerful. To achieve just that, the Taran development program was launched –primarily to develop such a weapon, and secondarily to install it on a suitable platform. 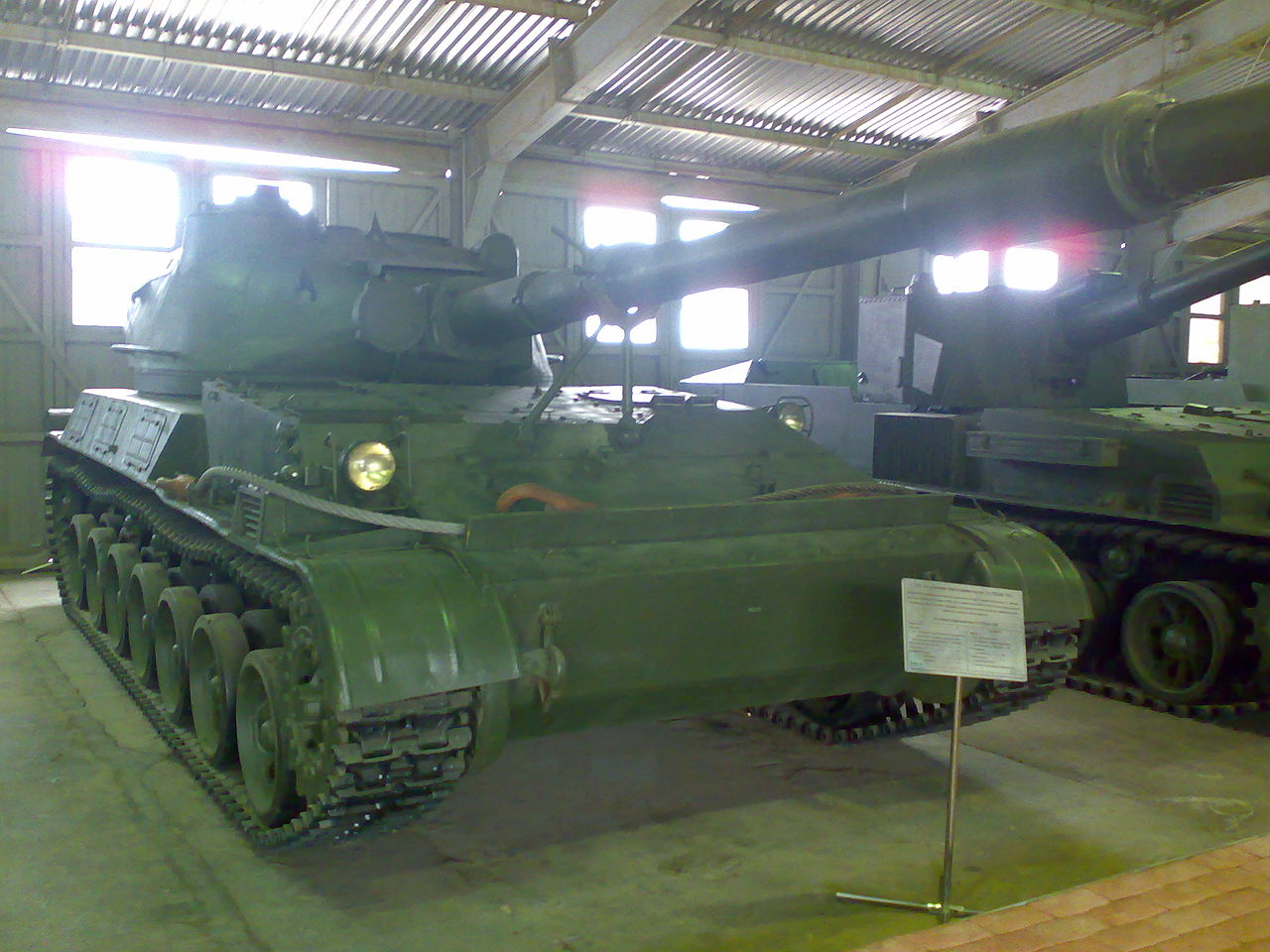 The OKB-3 design bureau was chosen as the main developer for the program with SKB-172 in Perm being responsible for the development of the gun, and the NII-24 institute from Moscow being responsible for ammunition. Two calibers were considered for the project – 130mm and 152mm (the 130mm caliber was an old naval one, so it was not all that unusual). Accordingly, two different weapons were developed in 1958 – a 130mm rifled cannon with the factory designation of M-68, and a 152mm smoothbore cannon designated M-69.

In the January of 1960, two gun prototypes were sent to Ekaterinburg to be mounted onto a new platform. The platform consisted of a steel-only, relatively lightly armored chassis and a massive turret. The whole vehicle had a crew of four and weighed some 30 tons. The chassis of the vehicle was actually based on a much older design, the SU-152P, which was a failed Uraltransmash self-propelled gun prototype from the late 1940s. The SU-152P, in turn, was based on another design called SU-100P. The suspension was not derived from some older existing WW2 design and is said to have offered excellent maneuverability and off-road properties. 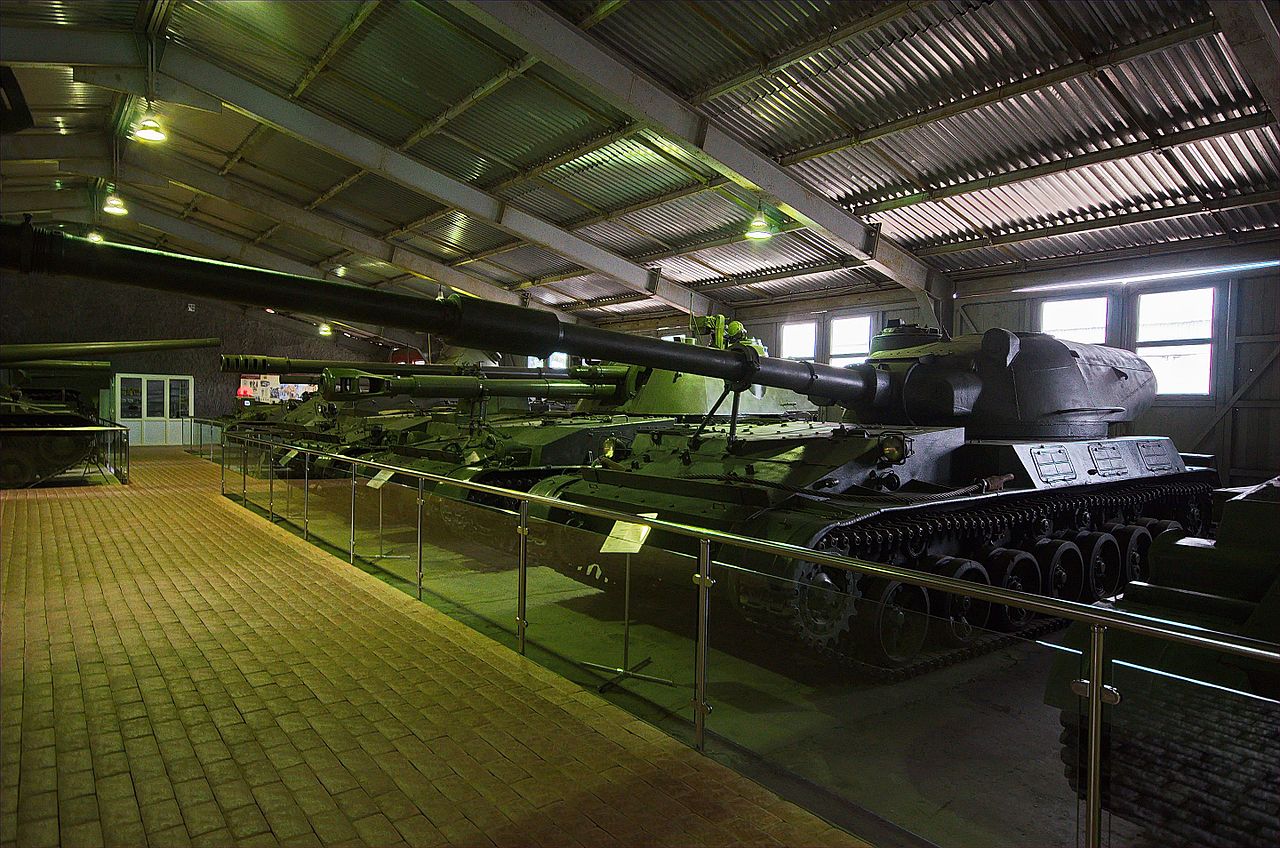 The armor of SU-152 Taran was steel only and its frontal hull plate was only 30mm strong. Overall, the vehicle was built withstand 57mm armor-piercing fire frontally, but not anything more powerful. That’s only logical – this vehicle was supposed to engage the enemy at over 2 kilometers. One has to take into the account that the late 1950s were the era of optical rangefinders and very limited situational awareness (and therefore limited ability to respond). In short, thin armor was quite sufficient.

As was stated above, the main weapon of the vehicle was the 152mm M-69 smoothbore cannon. The gun was fitted with a fume extractor and a muzzle brake. It fired two-piece ammunition of the following types:

While the kinetic penetration values may not seem like much in 2021, they were more than enough to deal with the Patton series of tanks of the time.

Interestingly enough, the gun used three types of charges – one for the kinetic shells (9.8 kg) and two for HE shells (10.7kg and 3.5kg respectively). The gun was loaded manually by the loader from an ammo rack located at the back of the turret, in the bustle. As a result, the rate of fire was relatively low (2 rounds per 20 seconds on average). The vehicle carried 22 shells and charges. The gun was sufficiently accurate at approximately 2km when firing at a 2m tall target, and at 2.5km when firing at a 3m tall target. It could elevate to +15 degrees and depress to -5 degrees.

And, finally, the mobility was provided by the 400hp 38.88 liter 12-cylinder V-54-105 diesel engine. This was a modified variant of the mass-produced engine used in the T-54 series of tanks, with improved cooling and longer lifespan. This engine allowed for a maximum speed of 63.4 km/h. 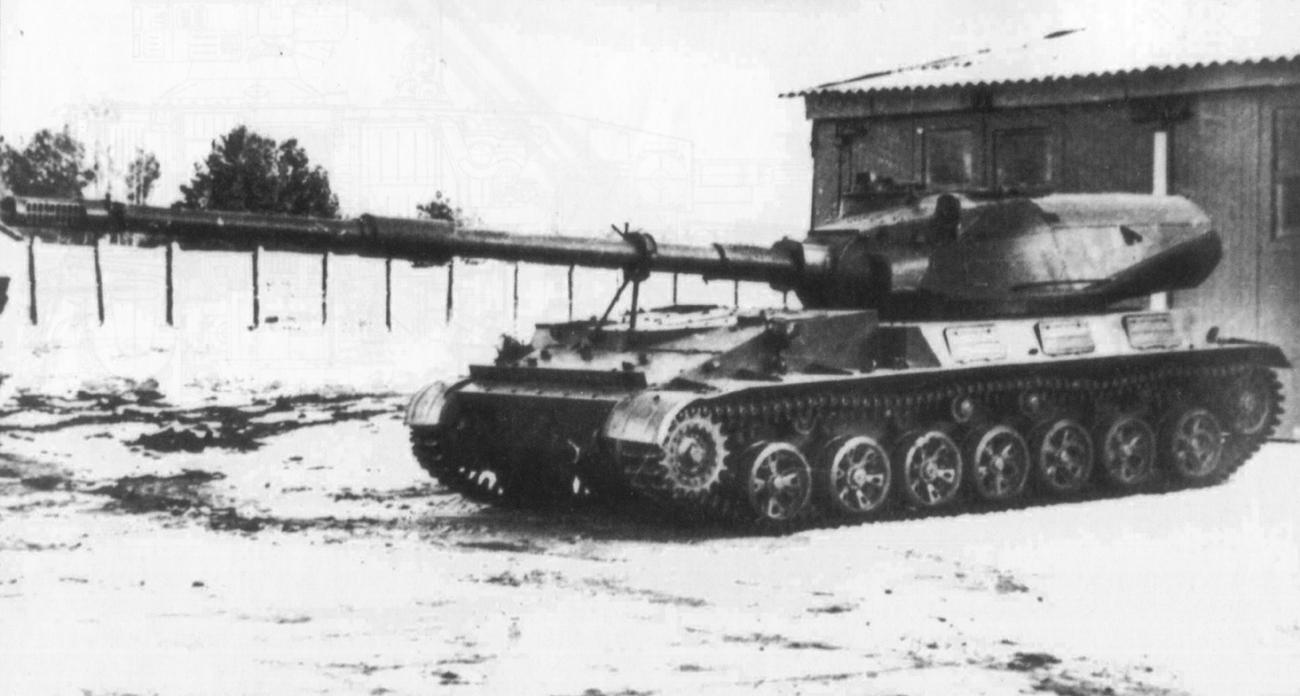 In the end, the Taran would end up as a direct competition to the IT-1 Tank Destroyer. Compared to the IT-1, the Taran offered a number of advantages:

However, there were some disadvantages as well. Most notably:

The latter wasn’t really an issue either – the 152mm Taran gun was more than capable of defeating any NATO tank in service at that point, even at its maximum range. What was an issue, on the other hand, was the zeitgeist. By 1960, the development of modern ATGMs was just beginning while oldschool guns like the M-69 were considered a thing of the past. The Taran, while powerful, was considered having little to offer compared to the generation of the ATGMs that would come after the Drakon. As a result, the project was cancelled in 1960 in favor of further IT-1 development. The single Taran prototype that was built was moved to the tank museum in Kubinka, where it rests to this day. 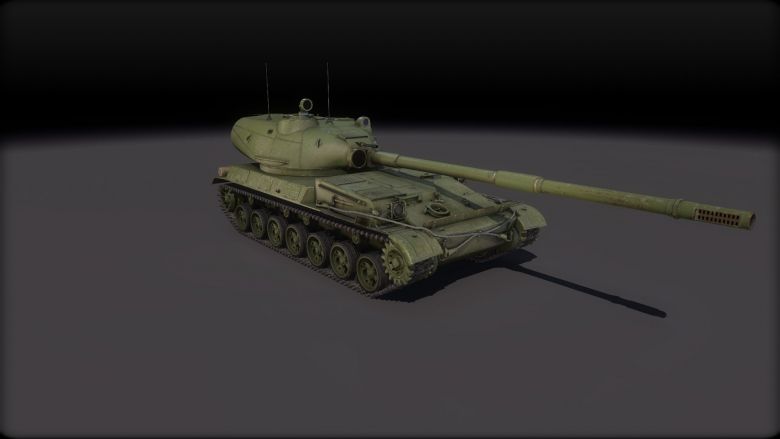 In Armored Warfare, the SU-152 Taran will be a Tier 5 Premium Tank Destroyer, which will be obtainable for free during an upcoming event. 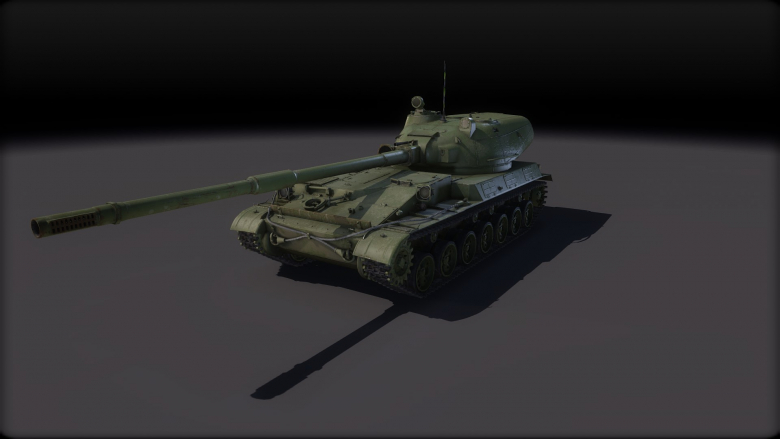 Gameplay-wise, this will be a classic gun-armed Tank Destroyer with excellent penetration and damage per shot values, but quite long reload time (10 seconds). It’ll be able to fire two types of shells, just like in real life:

We’re therefore looking at some 4380 DPM with the kinetic shell type and 5850 with HE. In other words, each shot of this vehicle will be extremely destructive. Please note that, unlike in real life, this vehicle will not be able to fire a HEAT round for balance reasons. 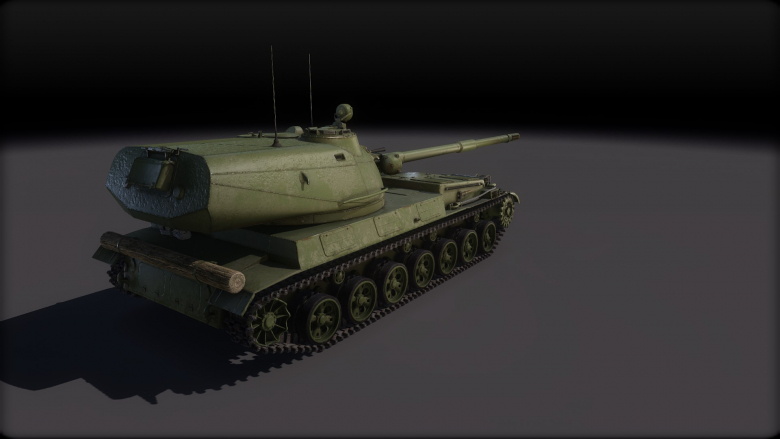 The rest of the parameters will, on the other hand, not be all that great. The armor will only be very basic (enough to withstand autocannons and machineguns) while the mobility will be average at best with the maximum speed of 63.4 km/h and the acceleration from 0 to 32 km/h of 5.89s. Finally, there are the average viewrange (390m) and camouflage values (29 percent).

In summation, this vehicle will be the avatar of peek-a-boom tactics, where you take a position, fire and immediately retreat to take cover, because every shot will expose you to the enemy, which is something you can’t survive due to your thin armor. Your mobility will allow you to successfully (if a bit slowly) move from flank to flank, but not to outrun or outmaneuver faster classes. Please do keep in mind that this will not be a speedy vehicle. 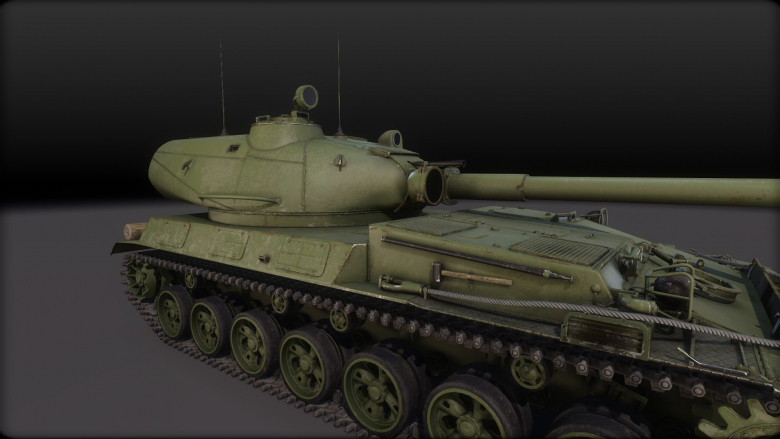 Any close combat is, of course, a death sentence – this is strictly a second line vehicle, intended to support MBT assaults with its devastating fire. As a result, due to its nature, the Taran will only reach its true potential in skilled player hands. 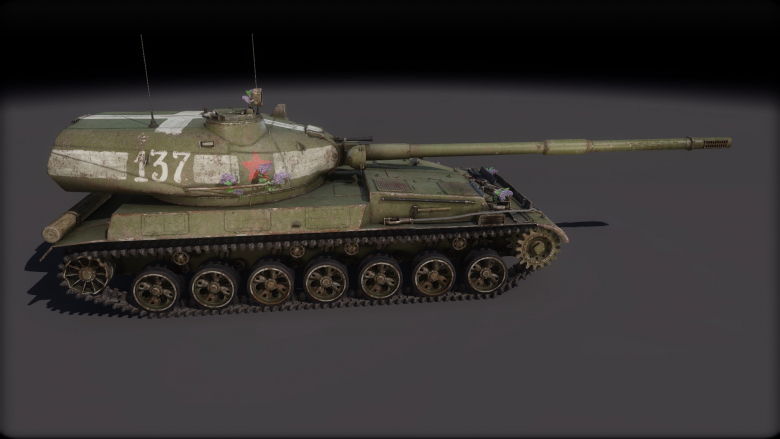 We are also working on a special skin for the Taran, which will also be available during an upcoming in-game event. 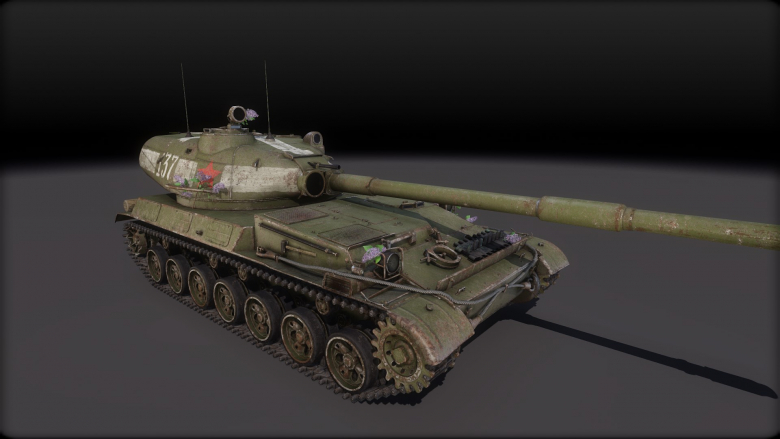 We hope that you will enjoy the vehicle and, as always:

Learn more about the upcoming historical skin for the SU-152 Taran Tier 5 Premium TD, which will be available soon (and for free) in Armored Warfare!