The day has finally come and we’re going to discuss one of the most awaited features of the summer. You’ve been asking a lot of questions and today, we’re finally ready to tell you more about it – the Stridsvagen 2000 Main Battle Tank! 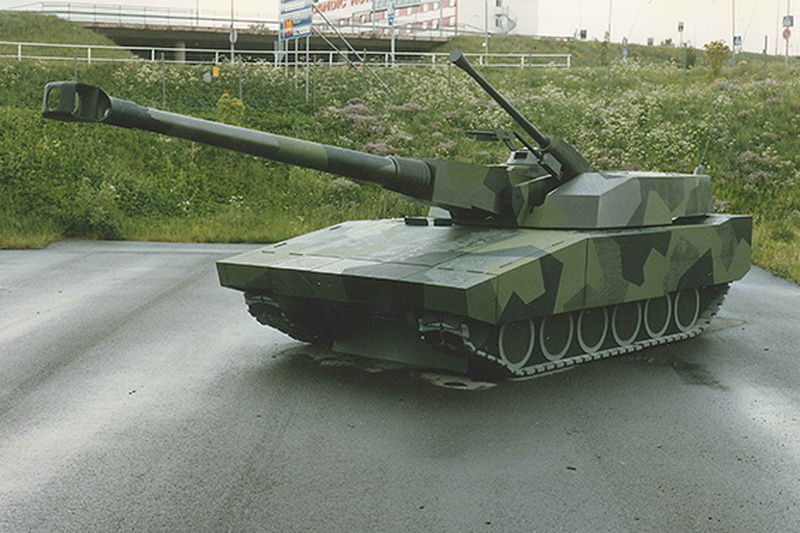 As usual, let’s first discuss its history for a bit. In 1984, the Swedish army started a research project with the goal of developing a new Swedish tank for the 2000s in order to match the best the Soviet Union had to offer at the time, especially the T-80U MBT. To that end, the tank had to be very innovative as well as powerful.

The first task of the Strv 2000 project group became to study the UDES 11, 15/16 and 19 tank proposals made during the UDES project in the 1970s and come up with a set of initial requirements for the Strv 2000. Based on this, a set of protection and arms requirements was established. Overall, the protection of the tank was rated above mobility or armament. 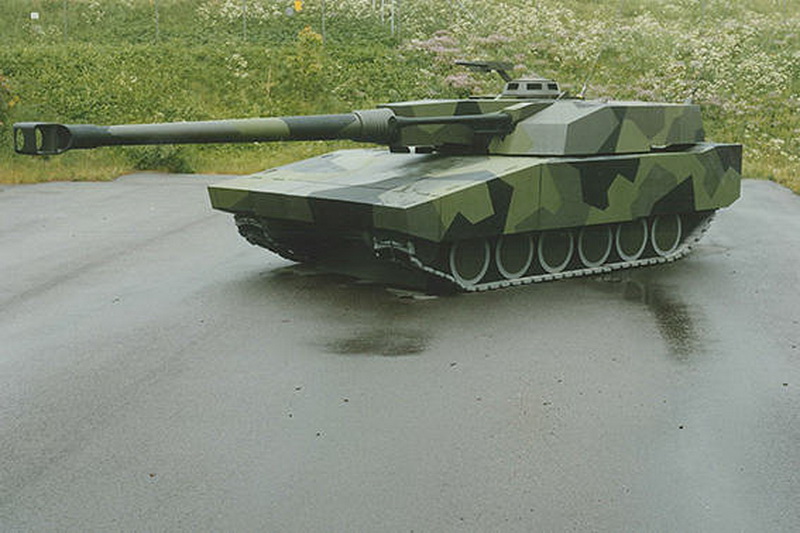 In 1985, the updated UDES projects were presented to the Swedish army and another round of development began with multiple concepts being submitted. As its main armament, the common 120mm L/44 smoothbore NATO cannon was deemed insufficient, which led to a separate development of a Swedish 140mm smoothbore gun. To complement this massive weapon, a secondary armament in the form of a 40mm Bofors was to be used against light targets. The tank was to have unparalleled protection levels with advanced frontal composite armor and an ERA kit. The mobility was also to be kept high despite the tank’s weight of over 50 tons. 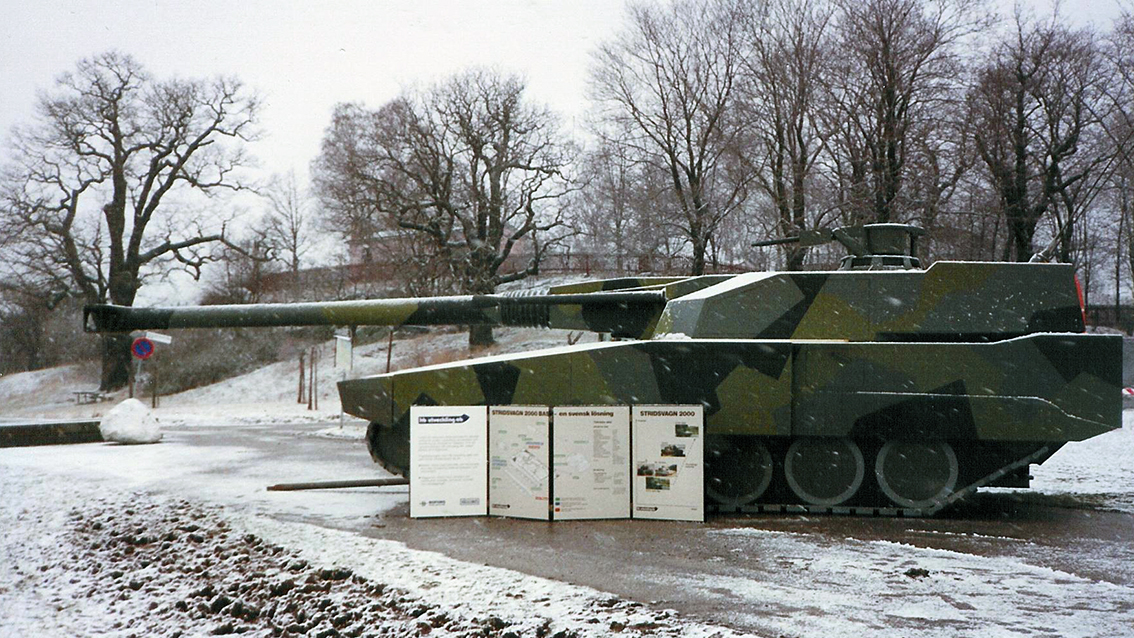 In the end, three different concepts were submitted in 1987. The Armored Warfare version is based on the latest one that was called T 140/40. This version was fitted with a low-profile turret with an automatically loaded 140mm gun in the center and a 40mm Bofors gun to the left. The Bofors gun could move independently from the main weapon. There were also two machineguns present, one coaxial to the 40mm Bofors and one installed near the commander’s turret hatch for him to use. The ammunition was located in the back and was well-protected with blow-out panels.

This variant sported thick frontal armor, allegedly providing the equivalent of 800mm RHA versus kinetic shells and of 1200mm RHA versus HEAT rounds. The variant was to be powered by a 1500hp engine (the German MTU 883 model paired with a RENK transmission) installed in the front of the vehicle. The maximum speed was some 70 km/h and the suspension was supposed to be of the hydro-pneumatic type. The driver was sitting in the hull while the gunner and commander were sitting in the turret (specifically to the right from the gun). 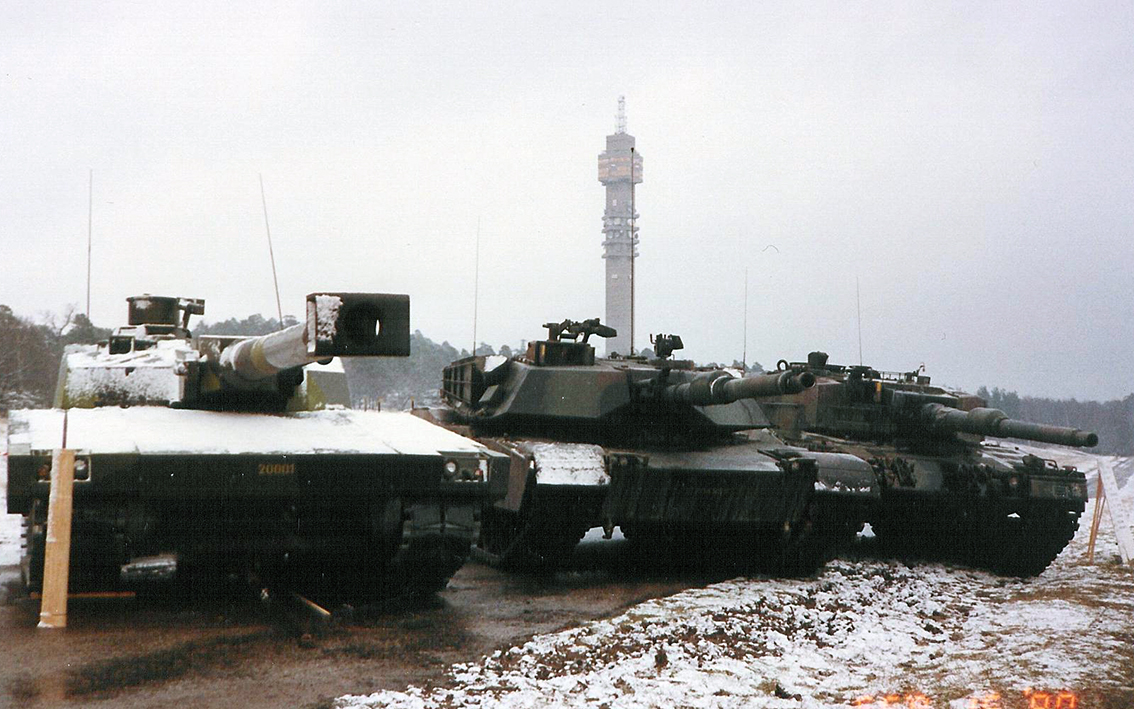 This concept was the one that got the furthest with a full-sized mockup built in the late 1980s. Unfortunately for the project, the end of the Cold War and the collapse of the Soviet Union ushered major budget cuts all across the West with Sweden being no exception. A decision was made in 1991 to pursue the much cheaper option of purchasing Leopard 2A5 MBTs from Germany. The Strv 2000 project would be canceled soon afterwards. 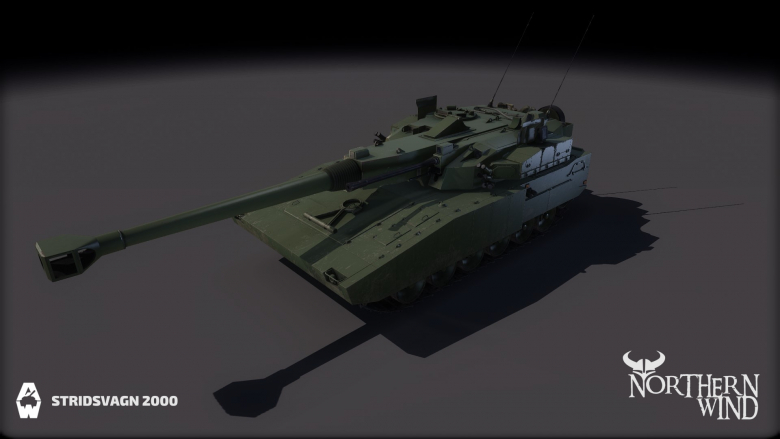 In Armored Warfare, the Stridsvagn 2000 will be a Tier 10 Premium Main Battle Tank and one of the rewards for reaching Level 50 in the Northern Wind Battle Path.

But before we tell you more about it, please note:

As you’ve probably deduced from the historical part, this vehicle’s rather unique feature will be the combination of a main caliber gun and large caliber autocannon that will be, unlike the 30mm autocannon on the Object 195, usable – with some exceptions and proper aiming – against pretty much any target on the battlefield, giving you the opportunity to dish out large amounts of damage over time. 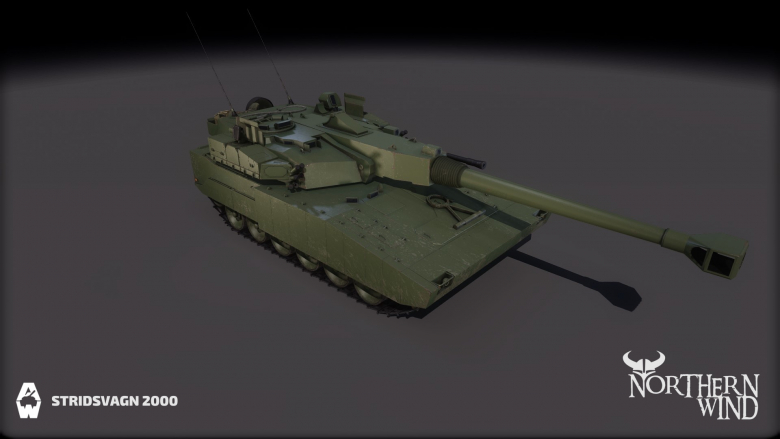 But, as usual, let us start with the protection levels. Much like the Type 10 MBT, the Strv 2000 will start each battle with excellent protection thanks to a set of NERA armor covering the hull front and a portion of its flanks. In Armored Warfare, NERA works as a kind of ablative armor that is very strong at the beginning of a match, but its protection levels decrease with damage taken. In our case:

The sides are, however, considerably less protected with only the NERA area forming an impervious zone. The rear portions of the tank’s side armor as well as the side turret armor are both vulnerable to conventional armor-piercing shells. The vehicle’s protection is enhanced even further by the presence of a Trophy hard-kill APS. 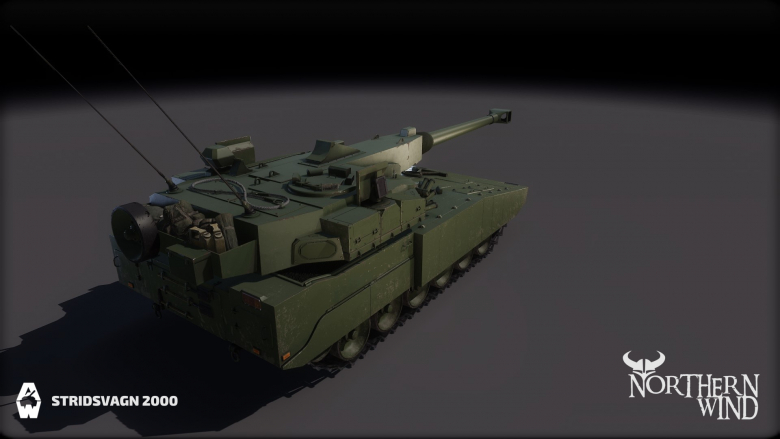 The tank will also feature adequate mobility, provided by its 1500hp engine, resulting in adequate, if not the best, acceleration and hull traverse values (from 0 to 32 km/h in 5.2s, 35.8 deg/s). The maximum speed will be 70 km/h. This vehicle will not come with a hydraulic suspension.

But the true strength will come from its firepower. The main weapon is of course 140mm smoothbore cannon with the ability to fire two shells:

With the reload time of 10 seconds, the tank will be capable of dishing some 5160 points of damage per minute with the main cannon alone. The gun (and the 40mm autocannon) will be able to elevate to +15 degrees and depress to -9 degrees, which will allow for some rather comfortable gameplay. The aiming time and accuracy values will also be rather good, so in summation, we have an average-performing gun, the true advantages of which will lie in its comfortable use.

But there’s, of course, also the 40mm Bofors autocannon. This autocannon will fire APFSDS shells (230mm penetration) in three-round bursts using the same system as Griffin 50mm does. With this system, each of the shells in the burst has higher penetration than the last one – this simulates the effect of compromised armor integrity when three APFSDS rounds hit exactly the same spot. The final shell penetration will increase by 75%. 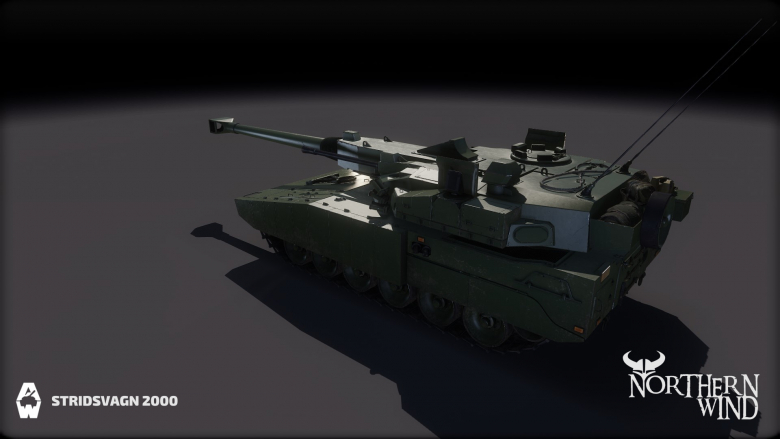 In other words, this autocannon will be usable even against well-armored targets, not just against AFVs and external modules (like the 30mm autocannon of the Object 195 is). It will take some practice and skill to achieve the best results by switching between the main cannon and the autocannon but if done right, this tank’s damage output becomes extremely high.

The rest of the tank is fairly straightforward. Its camouflage and viewrange will match other MBTs of its Tier and there will be one Active Ability available at your disposal – Override, which temporarily improves your acceleration and maximum speed at the cost of agility. 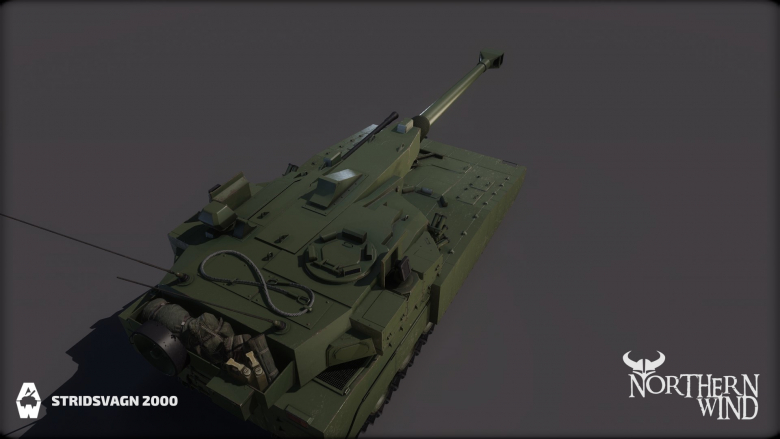 In summation, we’re looking an MBT that represents the essence of practicality. Solid armor, decent mobility and excellent damage over time output will make this tank one of the most versatile tools in your arsenal, equally capable in PvP and PvE. The key to success will be the switching between both weapon systems and maximizing your damage dealt before the enemies can whittle down your armor for you to become vulnerable. When that happens, you’ll need to switch your play style to a more passive one with your hull safely hidden behind an obstacle.

We hope that you’ll enjoy this MBT as well as the entire Battle Path.