The developers of Armored Warfare are currently hard at work bringing you two full lines of progression vehicles – the Israeli and the French lines – with the first one coming this Season. These lines, while offering some quite interesting features, will, however, be rather conventional, consisting of well-proven tank models. In the meanwhile, we’d like to offer you something a bit more unique. 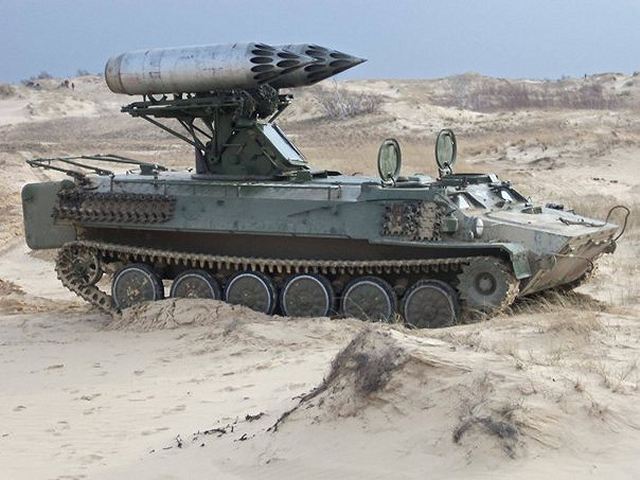 We’re happy to show you the first preview of the Strela S-8 Tier 6 Armored Fighting Vehicle and let us tell you, it doesn’t get much more unique than that. The bottom half of the vehicle is a standard tracked chassis – relatively nimble, but nothing to call home about.

But don’t worry; things start to get very exciting from the roof up. This vehicle is armed with two rocket pods (taken from a helicopter) that can be fired salvo-style. Both pods contain 40 unguided missiles in total and can be emptied in less than 30 seconds – that’s right, the rate of fire of this vehicle is some 100 rockets per minute, meaning you can fire a big rocket almost every half a second. And that is some serious firepower. Can it get even better? Of course it can.

You see, the rockets have HEAT-MP warheads with 420mm of penetration. What that means is that not only do they do damage even if they don’t penetrate, but when they do, it’s going to hurt a lot, especially against thin-skinned target where this type of shells receives up to 40% of bonus damage. Even without this bonus, the vehicle will be capable of potentially dealing 12.000 damage points per minute, so imagine what it will do to that pesky paper-thin BMD that’s been harassing you. 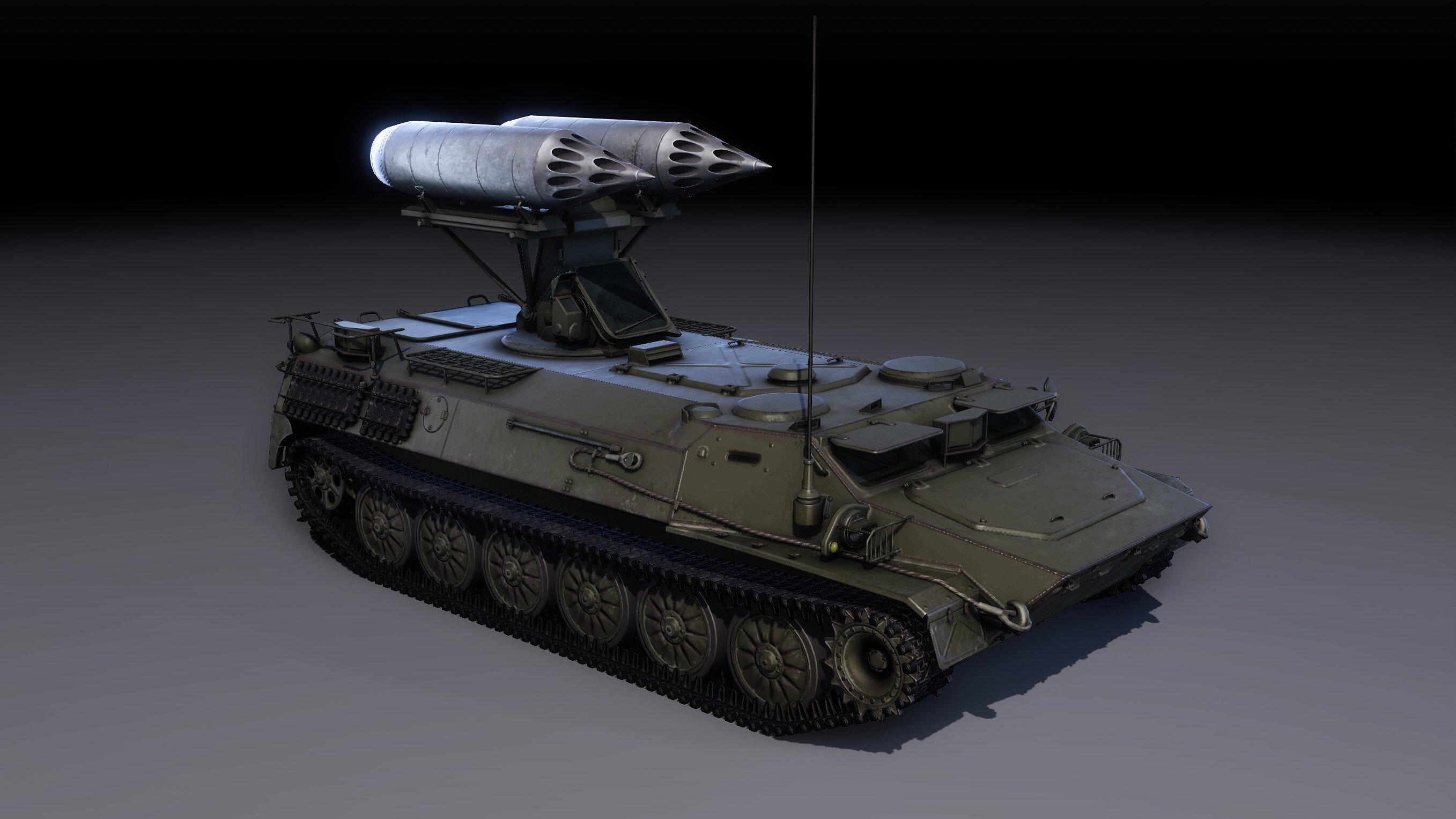 Of course, these are unguided helicopters rockets we are talking about so you won’t be doing any sniping with them as they are quite inaccurate. The Strela is more about pressing the firing button and seeing half of the battlefield explode. The rockets are also naturally slower than tank shells so evading them at long distances will not be all that difficult, which means that the vehicle is more suitable for mid-to-short range combat.

For its firepower, the vehicle will be surprisingly stealthy and maneuverable but also slow when compared to other AFVs with its maximum speed being somewhere around 60 km/h. The whole stealth thing also naturally ends when you start hurling rockets all over the place, which is not exactly a subtle behavior. At least you’ll have the opportunity to get in position unseen before you let fly – don’t waste it! 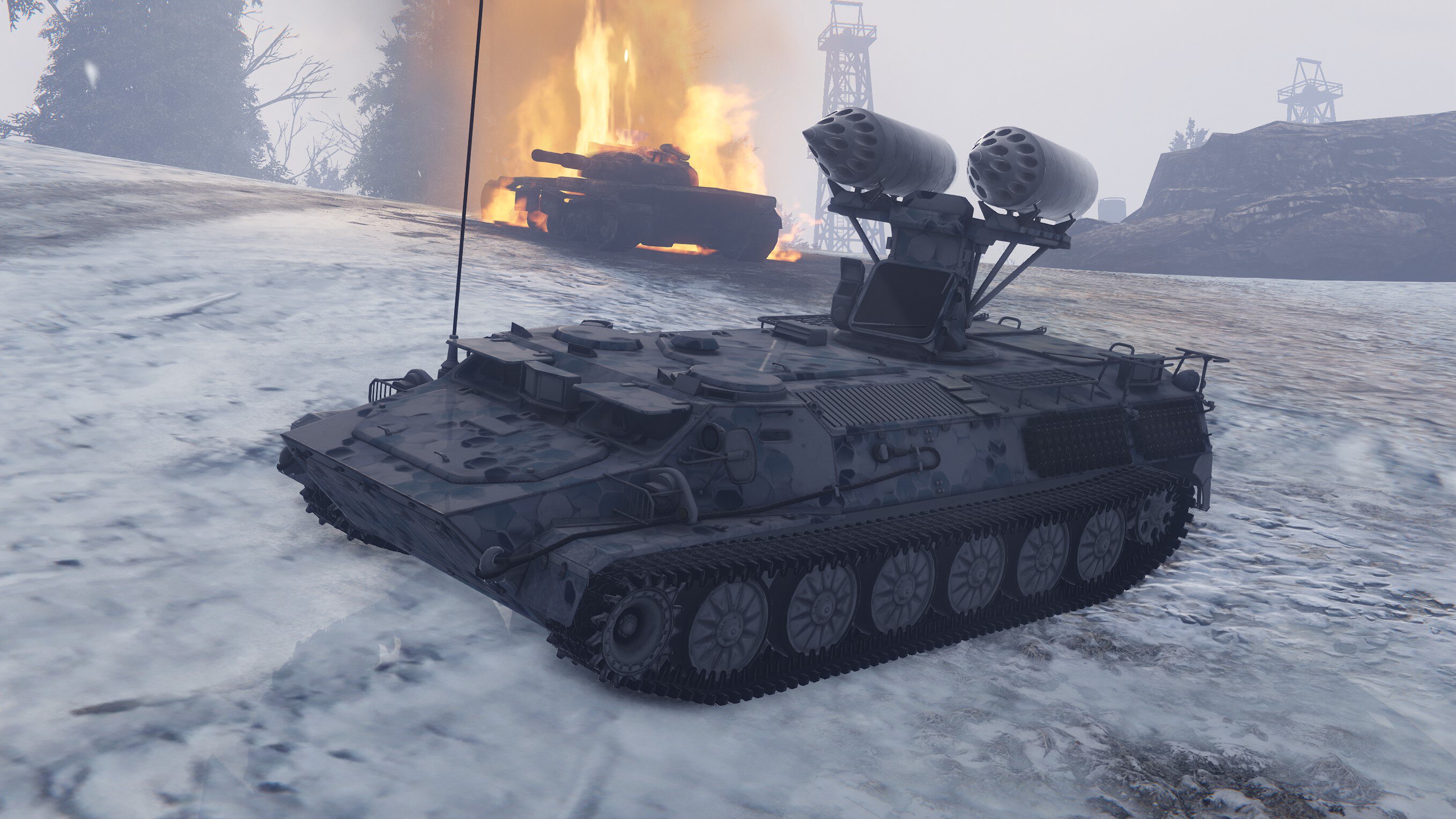 Like most vehicles in Armored Warfare, the Strela S-8 is modeled after an already built machine. Even though such “feats of engineering” usually only appear in the Middle East in the hands of various unsavory groups more familiar with a machete than a welding torch, this particular vehicle was actually officially built in Kharkov to be used by the Armed Forces of Ukraine in the Civil War. It consists of two main components:

Let’s take a look at the chassis first. The Strela-10 is probably more familiar under its NATO designation SA-13 Gopher. It’s a surface-to-air missile system built on the MT-LB universal armored carrier chassis. The idea behind it was to provide the Soviet forces with a highly mobile non-all-weather (and thus more affordable) anti-air capability but the results weren’t as good as the Soviets had hoped and the Strela didn’t see service until 1976. All in all, it saw some use in several conflicts that involved air forces, most notably Operation Desert Storm.

For a tracked platform, it’s a very light vehicle, weighing just over 12 tons. It’s powered by the same engine as the MT-LB carrier – the 240hp YaMZ-238V 8-cylinder diesel. Its maximum speed is, like we mentioned in the in-game part, some 60 km/h. As its low weight suggests, its armor is very thin – roughly 14mm of steel at most.

The B-8 unguided missile pod was developed roughly around the same time as the Strela system – for helicopters and ground attack aircraft. There are a number of S-8 rocket types including HE, tandem HEAT, HEAT with additional FRAG effect (that’s the one in the game), anti-bunker and even thermobaric. The pods were widely produced and used all over the Soviet Union. After it broke up, they stayed in service in a number of post-Soviet countries. There’s nothing terribly fancy about them – they are just your run-of-the-mill unguided rockets. The fun begins when you attempt to fire them on the ground because they weren’t built for that – their tail fins are designed to work when fired in the air and since the additional air counter-flow isn’t available on the ground, they lose a lot of their stabilization and fly all over the place. 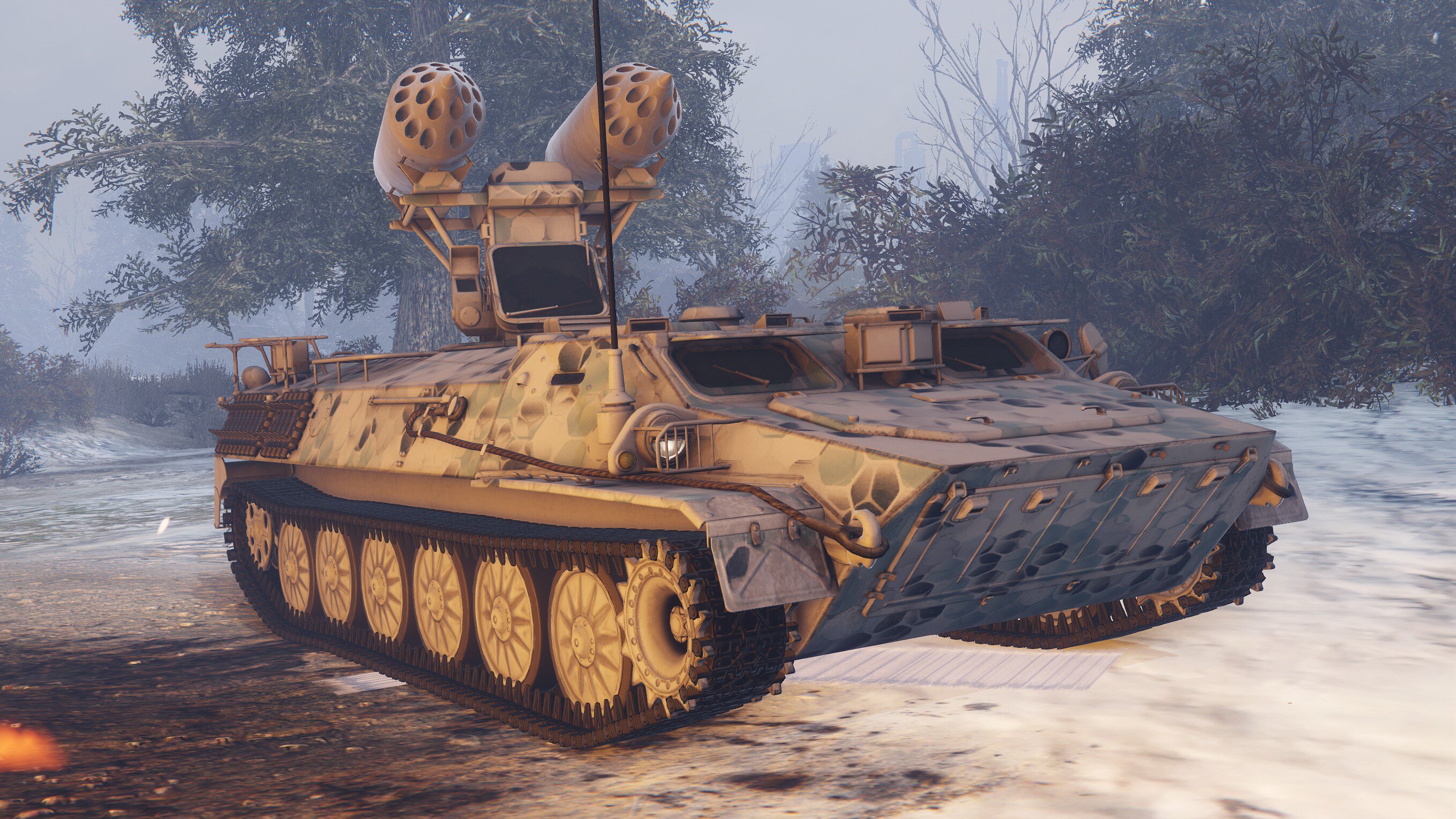 That’s not really that big of a problem in this case, however, as the Ukrainians intended this combination as a makeshift artillery rocket launcher, targeting entire areas instead of specific tanks or objects. The efficiency of such a combination is up for a debate, but the use of both elements is in fact quite rational. For one, the Ukrainian Civil War separatists don’t have an air force, which means that old missile SAM systems that cannot (unlike the gun-armed Shilkas) be used for ground support are of no use to the Ukrainian army. What the separatists DO have, however, is a number of SAMs and other AA measures of their own. These SAMs badly mauled the Ukrainian Air Force in the early days of the war, leaving lots of aircraft accessories unused – including the abovementioned missile pods.

The Strela S-8 vehicles appeared first probably around 2015 with a few photos and videos of it firing available on the internet. It’s not known how many were built (perhaps a dozen), but they are most certainly operational.

So get ready, commanders, because the Strela S-8 is coming soon to Armored Warfare!