The vehicle we are introducing today is the second exclusive reward of the upcoming Warlords of the Wasteland event that will arrive shortly after the launch of the Arabian Nights season. It is a Tier 6 Armored Fighting Vehicle called Scorpion Kastet. 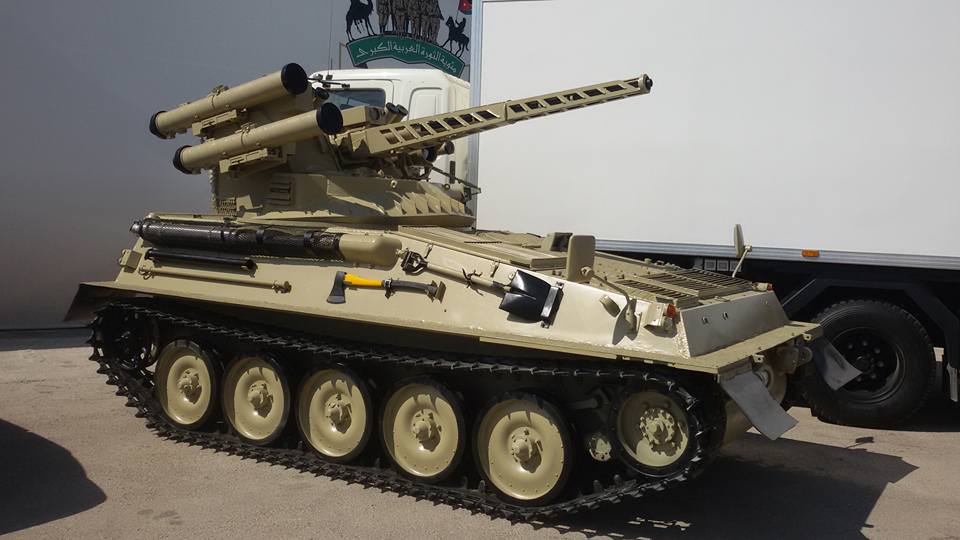 In one of our previous articles, we’ve already discussed the Scorpion as one of the most important British post-war light tanks and recon vehicles. Even though it was phased out by the British in 1994, it was also widely exported and some of the export versions are in use to this day. One of the remaining users of this vehicle is Jordan – although the story of how it got to them is a rather interesting one and not what one might expect from a traditional ally to the Great Britain in the Middle East.

In 1988, the first 19 Scorpions it received were a gift from Iraq and were a portion of the unwanted military “aid” to the Hashemite kingdom. They had been captured by the Iraqis during the Iran-Iraq war and were sent to Jordan as a token of good will along with dozens of other armored vehicles, including some Chieftain tanks. The Jordanians weren’t all that excited about it. They were, of course, supporting Iraq in the conflict, since they realized the danger an unchecked religion-driven revolution posed to the traditional authoritarian states of the region (including kingdoms), but at the same time, they had no intention of being dragged into the war itself as an official Iraqi ally, preferring to simply supply the Iraqis with arms and other resources instead. As a result, even though the war was over at that point, this gift caused a diplomatic embarrassment, although the relationships between the two countries stayed very positive until the Gulf War a few years later.

Nevertheless, the Jordanians apparently liked the light and nimble Scorpions and were considering upgrading them. As early as 1996, a team of Jordanian was working on an upgrade for their Scorpions (known as AB4 or “Al Akrup”), replacing the original Jaguar engine with a 200hp Perkins Phaser 200 turbodiesel and a new TN15D transmission as well as:

Only one prototype of this upgrade kit was built, but it served as a valuable lesson for the engineering team, who would, three years later become the core of the King Abdullah II Design and Development Bureau (KADDB), established by a royal decree of the monarch in 1999. The same year, Jordan ordered 50 more second-hand Scorpions from Belgium (that was, at that time, phasing the type out – five years after the British had done so).

These vehicles arrived in 2001, bringing the total number of Jordanian Scorpions to 69, and a team of Jordanian military engineers started to work on upgrading them immediately. Some (if not all) Jordanian Scorpions eventually received a new 194hp Steyr M16 diesel engine (it is more fuel efficient and diesel has a reduced risk of fire) as well as thermal optics and other observation devices, significantly improving their combat capability at night – the electrical system and internal components were upgraded to match these improvements as well. It’s worth noting that the Royal Jordanian Army also operated a number of Scimitar Light Tanks that were upgraded in a similar fashion.

Fast forward to 2016, with the vehicle in service (even in its upgraded form) for a decade and a half, KADDB introduced another version of the Scorpion at the Special Operations Forces Exhibition (SOFEX) expo to public – only in this case, the entire original Scorpion turret was removed and replaced by a new one called Kastet. 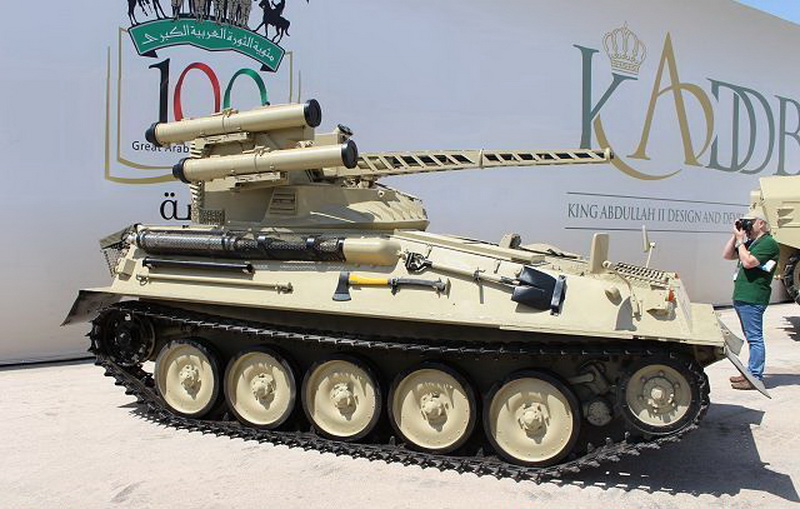 The Kastet combat module is a Ukrainian one-man turret by UkrOboronProm and it seems to be a further development of the older Shkval combat module (it’s worth noting that it has nothing to do with a Russian ATGM of the same name). It is only lightly armored and is armed with all of the following weapon systems:

The ZTM-1 gun is essentially an unlicensed copy of the old Soviet era 2A72 autocannon, “designed” in the early 2000s and mass-produced by the ZTM Company from Kamianets-Podilskyi since 2004. It officially entered the Ukrainian service in 2012. A copy of this gun (effectively a clone of a clone) is also produced in the LORTA plant since 2014. The gun has similar characteristics to the original 2A72 and uses the same 30mm ammunition.

The Barrier ATGM is rather more interesting. It was developed in the Luch design bureau in Kiev and introduced to public in 2005. This 130mm and 16kg missile has a semi-active laser beam guidance system and the maximum range of 5km. The missile also has a tandem HEAT warhead and is said to be able to penetrate at least 800mm of armor after defeating (any) ERA.

As for the combat module itself, it weighs 1.5 tons and features a multi-channel optical and TV sighting system. The protection is enhanced by a Ukrainian copy of the 902B Tucha smoke grenade launchers. 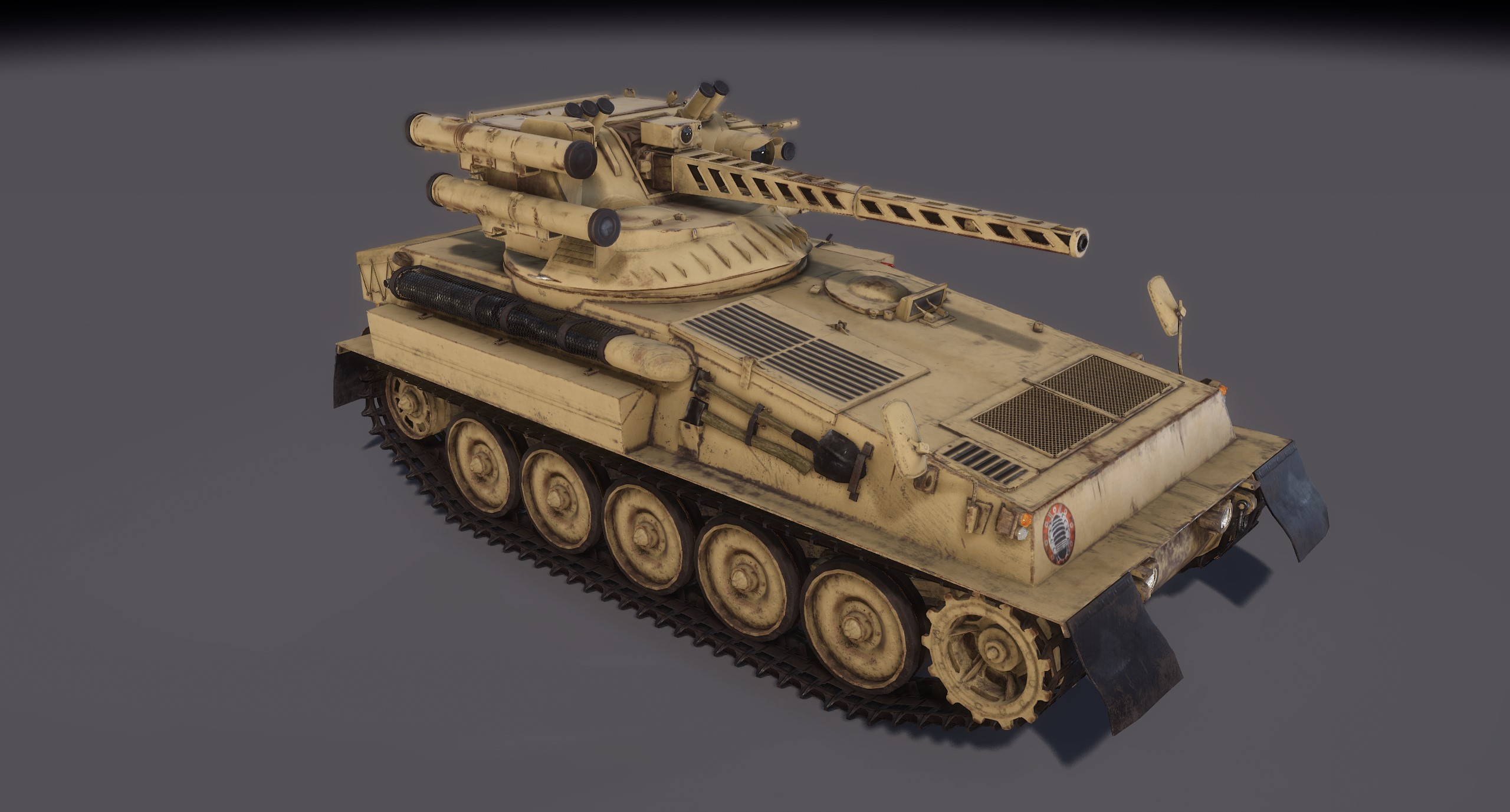 The CVR(T) hull and Kastet turret combination was allegedly well-received in the Middle East, intriguing King Abdullah II himself as an interesting option to increase the lethality of the old platform on a budget. However, it no new information about the vehicle has emerged since 2016 and it is quite likely that it will not be adopted by the Jordanians, possibly also due to the state the Ukrainian military industry is currently in.

As we stated above, in Armored Warfare, the vehicle will be a Tier 6 reward AFV. It will not be an overstatement if we say that this small and agile recon tank will be a perfect fit for the players who prefer to engage themselves in some active scouting. A combination of small size excellent stealth, great mobility and powerful ATGMs will make it a powerful spotter in the right hands, with the ability to knock out much heavier opponents using some of the best ATGMs of its Tier.

We hope that you will enjoy playing this vehicle and will see you on the battlefield!

The Warlords of the Wasteland Battle Path has begun!

Learn more about the 3-month Premium campaign we’ve prepared for you!