Following the recent unveiling of the Type 74 and Seon’gun-915 MBTs, we’d like to continue the list of upcoming Battle Path rewards with something a little bit different. It’s not a Main Battle Tank – far from it. In fact, it’s the polar opposite of one – a light AFV called SBS Pindad. 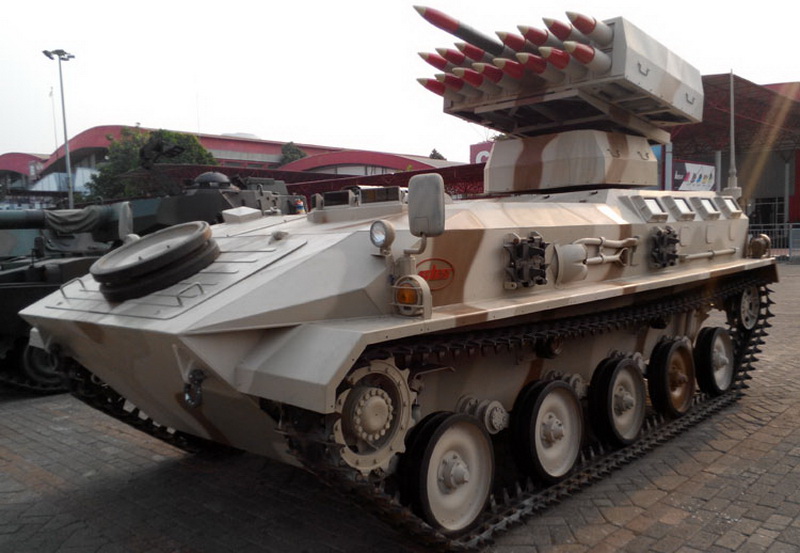 The SBS platform is one of the first domestic armored vehicles developed by Pindad (the largest Indonesian armor producer) for Indonesia and is officially listed as a “light tank”. It was developed sometimes in the early 2010s with some prototypes in different configuration appearing in public in 2014 or so. The variant in the game is a long-range MLRS fire support vehicle with a 122mm multi-barreled rocket launcher.

The platform is loosely based on the French AMX-VCI APC, which was in turn developed from the AMX-13 Light Tank. One of the countries the AMX-VCI (sometimes also called AMX-13 VCI) was exported to was Indonesia with 200 bought in the 1960s. It seems that these APCs are currently still in service, although only approximately 70 of them remain currently operational. 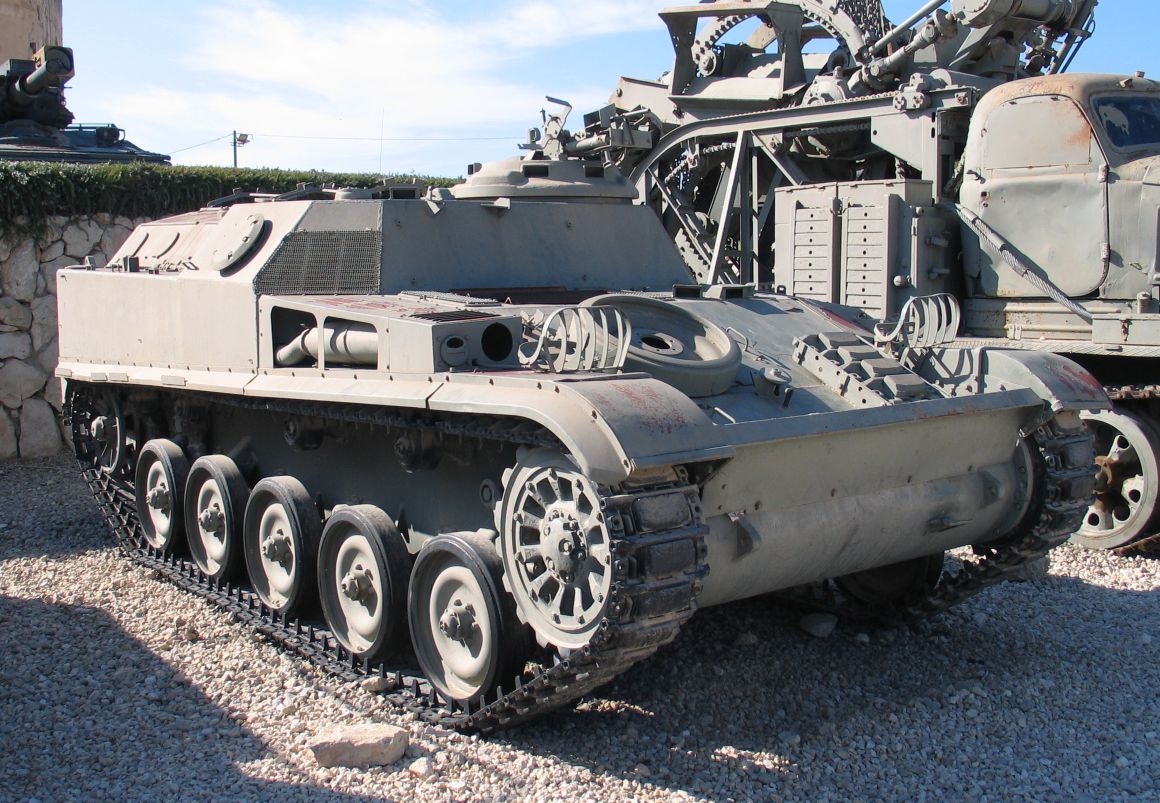 However, it’s obvious that these vehicles no longer meet the requirements of modern combat. After all, the AMX-VCI was designed in the early 1950s and was produced between 1957 and 1973 (with 3400 APCs built). Its design corresponded, of course, to that era – it weighed roughly 13 tons and only had 10-15mm thick steel armor. In other words, it was (much like the American M113) a “battle taxi” that was built to transport troops to the combat are and then fall back. It wasn’t designed for prolonged engagements or serious infantry support, although several up-gunned versions existed, including a Mexican one with a 20mm cannon that is currently still in use.

The Indonesians apparently either overhauled the hull completely, or took only the suspension as its basis in creating their new light APC. In its basic form, the platform carried either no weapons at all, or a 20mm autocannon (only like one image of this variant exists). The most attractive variant of this platform is the abovementioned 122mm rocket launcher one, featuring 16 high-explosive R-Han rockets. Each rocket weighs approximately 60kg and has the range of 35km. 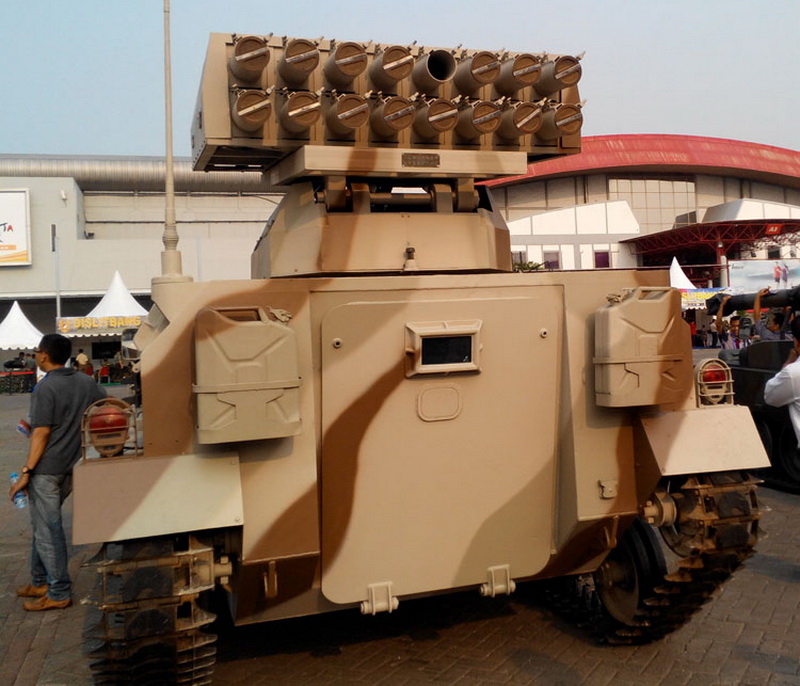 The SBS platform itself weighs roughly 10 tons empty with its combat weight reaching 13 tons (the rocket launcher variant is heavier, likely around 15 tons). In this variant, it likely has a crew of 3 men (driver, commander and weapons operator), although the official number is listed at 10 men (which includes the infantry in the back). That would put the carrying capacity of the APC variant at 2 crewmembers plus 8 troops.

The platform is 5.68m long, 2.77m wide and 1.98m tall (not including the launcher). The tracks are 400mm wide and its ground pressure is roughly 0.56kg/cm2. It is powered by a 250hp 6-cylinder water-cooled diesel engine of unknown type and can go as fast as 70 km/h. However, some sources suggest that the engine was up-tuned to 450hp, or even replaced by a different one of this output.

From various sources, it seems that this configuration with the 122mm launcher is treated as essentially a component testbed for the launcher itself, not actual finished fighting vehicle. It seems it is still being tested by Pindad as well as the Indonesian military, but it’s unlikely this version will see mass-production or service.

In Armored Warfare, the SBS Pindad will be a Tier 8 Premium Armored Fighting Vehicle that will combine the traits of two AFVs popular amongst highly skilled players – the massive rocket salvo of the MTLB S-8 and the “projectile bending” of the Swingfire, allowing it to fire over obstacles.

With that being said, the protection levels will be around the level you might expect from such a vehicle – after all, in real life, it’s an indirect fire rocket launcher that is not supposed to be fighting from the front lines. The armor will therefore be very thin, barely protecting the vehicle against machinegun fire, let alone anything heavier. 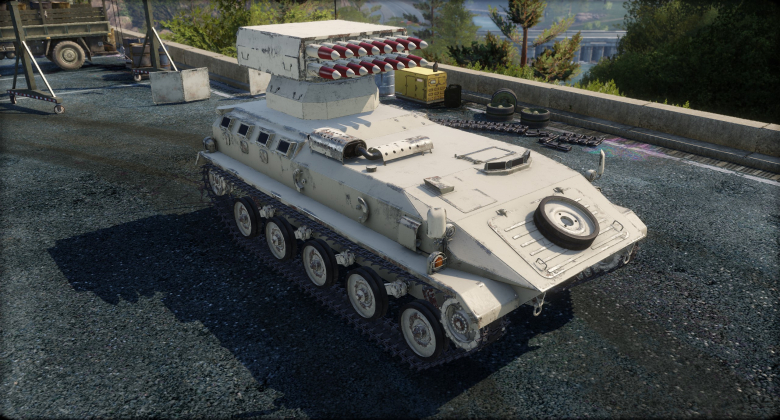 The mobility, on the other hand, will be fairly good. In fact, it will be somewhat superior to that of the MTLB S-8 thanks to the combination of low weight (13 tons) and a powerful 450hp diesel engine. The vehicle will be fully capable of getting where it needs to be pretty fast.

But that’s not what you’re interested in, is it? You want to hear about the firepower. Let’s take a look at that aspect in detail, as the system it carries will be quite unique.

The SBS Pindad AFV will be armed with a powerful 122mm multi-launcher rocket system firing high-explosive rockets in incredibly deadly salvos. With its nominal rate of fire being 200 rounds per minute, the vehicle will be capable of launching 3 of its 16 rockets every second. Additionally, the average damage value per shot is 320 and we are therefore looking at roughly 5000 points of damage per magazine. 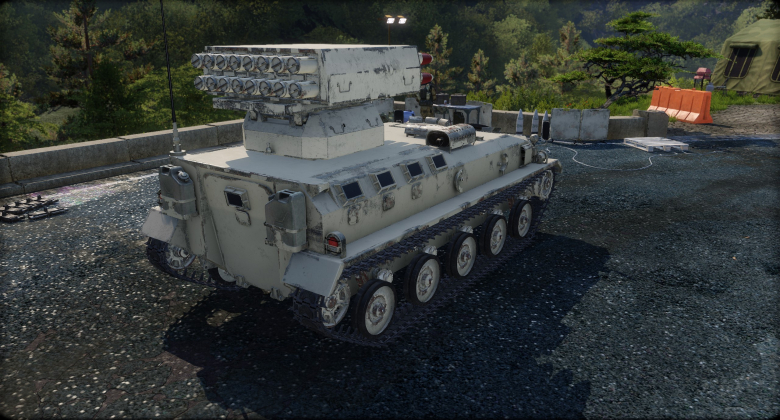 And that’s still not all. The rockets will (unlike those of the MTLB S-8) follow an arcing trajectory, which means that with some skillful positioning, you’ll be able to fire at enemy targets without them being able to fire back because there will be an obstacle between you. This ability will make the SBS Pindad an unbelievably effective ambusher, capable of unleashing devastating levels of firepower against the enemy.

However, this weapon system will also come with some serious drawbacks.

For one, the HE missiles won’t be especially effective against frontal MBT armor and you’ll have to pick your foes carefully, otherwise you’ll be wasting precious ammunition on targets you can barely damage. Secondly, once the magazine is emptied, it will take more than 30 seconds to reload, which is a significant period of time to be left without any means of defense.

But, most importantly, the rockets will take considerably more time to travel to the target due to their high arc than any ATGMs or other vehicles’ rockets would. That will make targeting fast moving targets very difficult, unless they are moving directly towards you. Your fire will also not be all that effective at close ranges. The vehicle will also be using standard first-person (“sniper”) mode to aim, which means that aiming over obstacles, while possible, will require skill and careful positioning.

And last but not least, due to the way the rocket launcher is aimed and the high arcs it uses, its range will be severely limited and the vehicle will not be able to fire at more than 500 meters of distance. It’s also worth noting that the actual effective range will be far lower than that because of the long rocket travel time (unless the target is completely stationary).

The Pindad SBS AFV will also have relatively low camouflage value for its size and will become easy to spot when using this weapon due to the obvious fact that firing a massive rocket launcher is hardly inconspicuous. 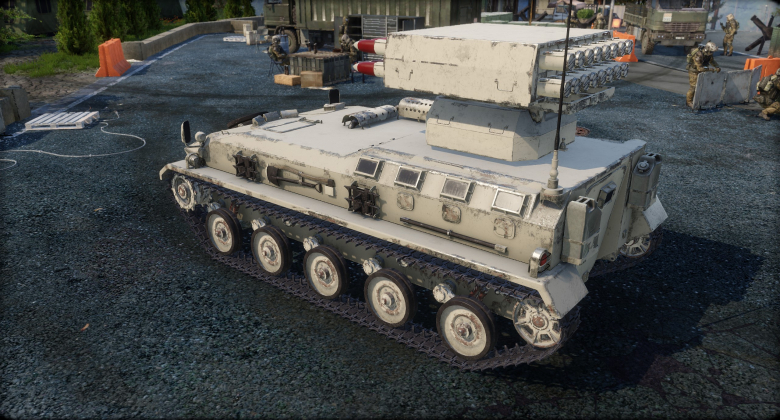 All in all, will be a medium-range fire support vehicle that will require very careful gameplay and planning. In certain situations (for example, firing into a bottleneck when in cover) it will have the potential to be absolutely murderous and it will also be rather useful in dislodging some pesky stationary targets that would otherwise be quite difficult to deal with, but playing it in a “traditional” AFV manner or even rushing forward to meet the enemy head on will lead to its quick demise.

Do you have an opinion on this upcoming vehicle, especially about the projectile arc? Let us know on Discord and, as always:

Learn more about the history of the Hunter AFV that is coming to Armored Warfare, and its role in the Singaporean military