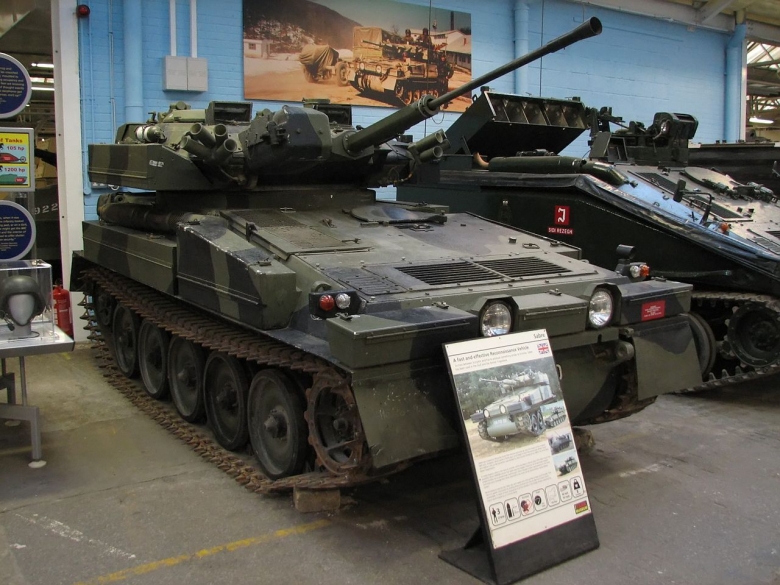 From the 1970s, the FV101 Scorpion Light Tank and the FV107 Scimitar served in the British military as scouts. Both belonged to the same tracked chassis family, called Combat Vehicle Reconnaissance (Tracked), along with other sub-types such as the Striker tank destroyer, Spartan APC or the Samaritan armored ambulance vehicle. The main difference between them was that while the Scorpion was armed with a short 76mm L23A1 cannon, the Scimitar was armed with a 30mm RARDEN autocannon. The Scorpion was phased out of British service in 1994, while the Scimitar (in its upgraded form) continues to serve today.

There are two theories on why the Scorpion was retired. One mentions the general poor state of the Scorpions, which needed a complete overhaul, while the other is based on the Scorpion being treated as a tank during the 1990s demilitarization treaties and not a scout.

Another vehicle that was phased out in the mid-1990s was the FV721 Fox, which suddenly left the British with a number of obsolete Fox turrets and Scorpion hulls.

Retirement of the Fox and Scorpion meant a temporary shortage of tracked scouting vehicles for the British scout troops. Since the Fox, like the Scimitar, was also armed with a 30mm RARDEN autocannon, the British decided to bring these two components to zero hour state and mate them together to create a cheaper alternative to the Scimitar. This vehicle was developed by Alvis and was called the Sabre. 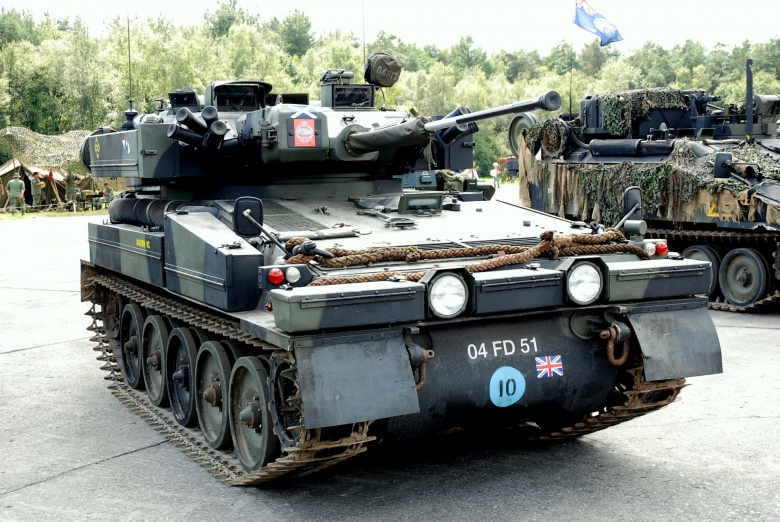 Development of the Sabre was mired in setbacks. For starters, it was not possible to simply attach the turret to the hull despite its approximately fitting size. The Fox turret was also lower than that of the Scimitar. Both these issues were solved by adding an armored collar of sorts on top of the hull between the turret and the hull. This elevated the turret somewhat (partially negating its low silhouette advantage), but at least it was operational.

The standard British 7.62mm L37 machinegun from the Fox turret was replaced with the more modern 7.62mm L94 chain gun, a weapon developed by Hughes specifically as a coaxial gun in armored fighting vehicles and also used in the Warrior AFV. The main advantage of the new weapon was its ease of reloading.

The vehicle retained the Cummins BTA 5.9 liter 190hp diesel, which replaced the older 4.2 liter Jaguar J60 later in Scorpion production. The weight of the Sabre was only slightly higher than that of the Scorpion, allowing it to retain most of the Scorpion's mobility - its maximum speed was 80 km/h, much like the Scorpion's.

Although mobility was sufficient, protection did pose a problem. Much like both of its predecessors, the Sabre was vulnerable to many threats on the battlefield and efforts were made to enhance its protection levels by introducing a new smoke grenade launcher system. This did improve the vehicle's defensive capabilities somewhat, but generally neither the aluminum hull nor the turret were made any thicker and the vehicle is therefore quite vulnerable. It was, however, only supposed to fight under the direst of circumstances, making armor thickness secondary to speed.

The improvements to the hull and turret included extra boxy stowage bins. The turret ones could be jettisoned in an emergency.

The Sabre was accepted into service in 1995 and phased out 9 years later, in 2004. For what it represented – a mating of four decades old components – it was successful enough and saw limited service during the Iraq War and allegedly also during the peacekeeping missions in former Yugoslavia.

Unlike the Scimitar and the Scorpion, the Sabre was never exported anywhere.